Quintana Roo is billing the PRFive as the more affordable version of its no-expense-spared ‘superbike’ the PRSix, which you can see reviewed in the August 2015 issue of 220 Triathlon (on sale 21 July).

The PRFive is essentially the same as its pricier counterpart but is constructed from a slightly different mix of carbon fibre and uses a conventional fork and stem set-up instead of the integrated front end found on the PRSix.

Quintana Roo is saying that these changes result in a bike that’s almost as light, stiff and aero as the PRSix but is much cheaper to buy.

The PRSix Ultegra tested in August’s 220 costs £3,400 while prices for the PRFive are expected to start from approximately £2,300 for the Ultegra version, going up to around £4,600 for the Di2 Race version.

The frameset will cost roughly £2,000 (all prices based on conversion at current currency exchange rates, the official UK prices are still to be confirmed by Quintana Roo). 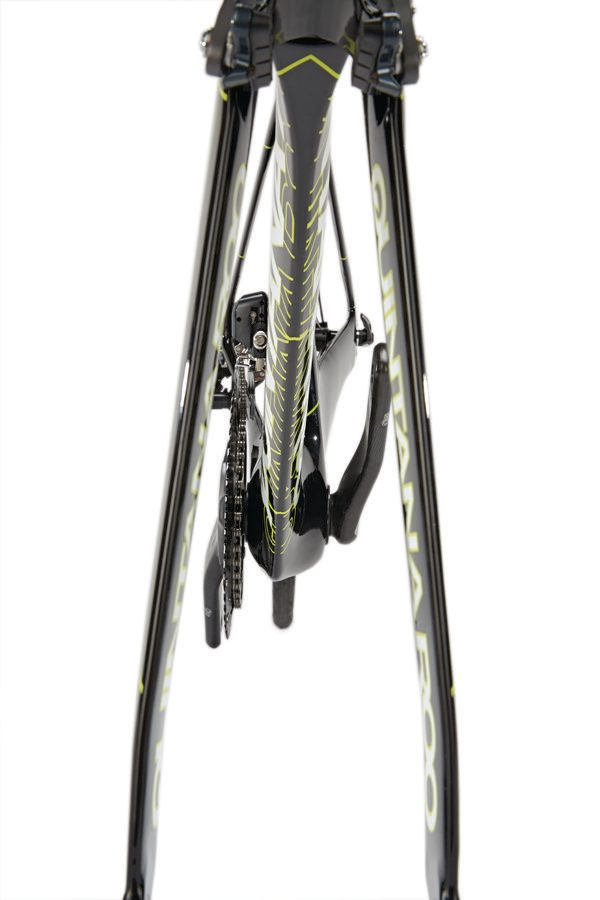 The most obvious attribute that has trickled down from the PRSix is the Shift+ technology, which uses a range of features to control how the air flows over the bike’s lower half.

The most subtle but perhaps most important of those features is the ‘Static Downtube Orientation’, which keeps the down tube in the same position in relation to the front wheel for every size of bike in the PRFive range.

The angle and position of the down tube is critical on any bike where aerodynamics is a priority because it’s the first thing that meets the air as it passes the front wheel. 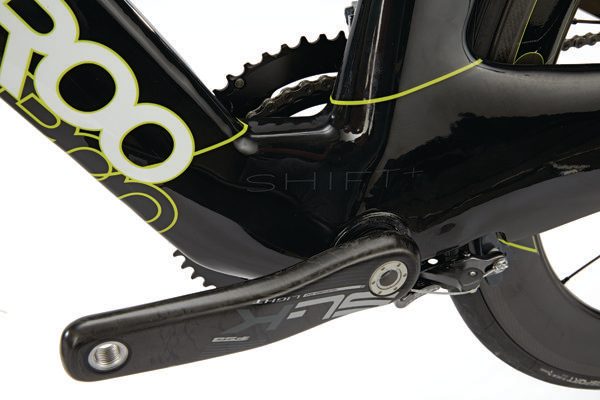 But it’s of even greater significance on the PRFive (and PRSix) as the down tube is also offset towards the chainset. The down tube deviates from the bike’s centreline in order to draw the air towards the smoother non-driveside, where the final element of the Shift+ system comes into play: the enormous ‘Leading-Edge Absent’ chainstay.

Beefing up the non-driveside chainstay and blending it into the bottom bracket shell and seat tube has enabled Quintana Roo to essentially create one, smooth, uninterrupted path for the air coming off the front wheel to follow. And that path leads right the way back to the rear axle.

The air’s path over the rest of the bike is also given careful consideration, hence the presence of ‘Boat-Tail’ profiles on the PRFive’s head, down and seat tubes. 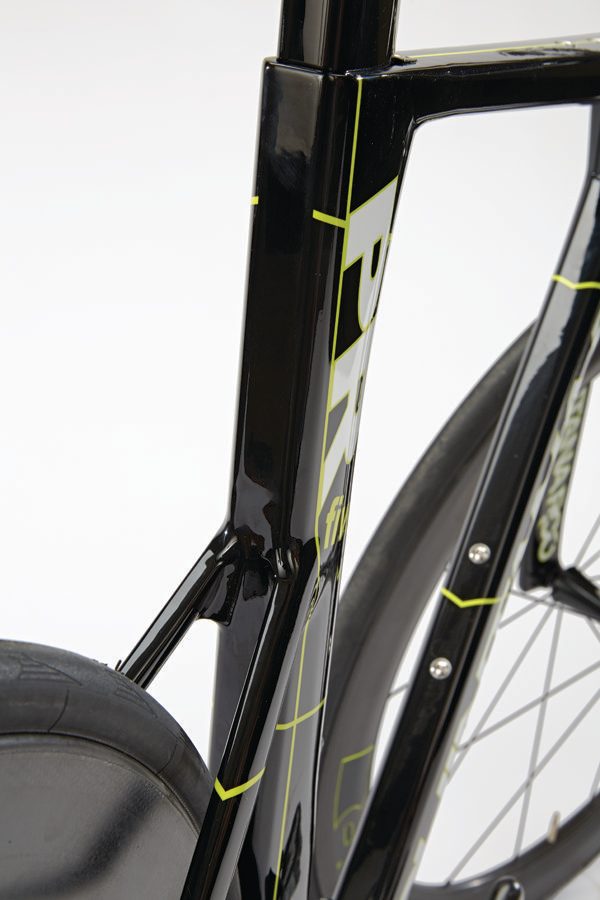 As the name suggests, it’s a shape that roughly mimics that of a boat’s hull but it’s also found on bullets. In this instance, the tubes have a flat back similar to the Kammtail profile seen on other bikes’ frames but instead of the tail being truncated at a right angle, the boat-tail sides pinch in abruptly before they’re docked.

With a lower price, Shift+ technology and ‘boat-tail’ tube profiles, not to mention the interchangeable horizontal and vertical rear-wheel dropouts, Quintana Roo is hoping its PRFive will bring the sort of stiffness, weight and aerodynamics associated with the high-performance bikes down to mid-range price levels.

For lots more kit news, reviews and advice head to our Gear section