Ironman 70.3, Half Iron, Middle-distance. Whatever you want to call it, 113km racing is on the rise. But which is the world’s toughest course? We crunch the stats to pick our 13 hardest from around the globe… 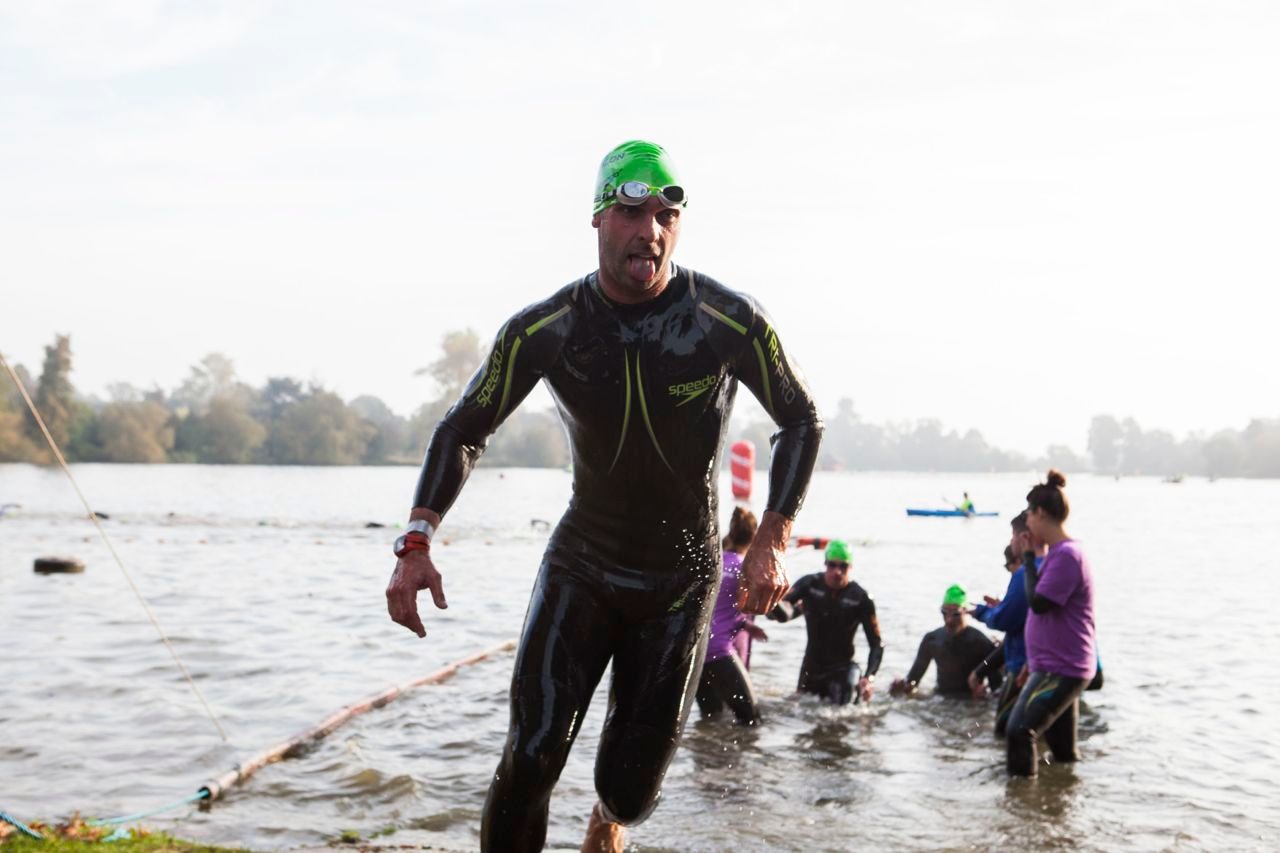 The Hever Castle leg of the Castle Triathlon Series is famous for hosting the world’s largest children’s triathlon and more beginner-friendly races than you can poke a track pump at. But what’s often overlooked is how deceptively tough the bike and run routes are of the longer races.

After a unique 1.9km swim that features a Japanese teahouse and two bodies of water (a lake and a river Eden tributary), the Gauntlet’s 90km two-loop bike takes in the high weald of Kent and Ashdown forest. It’s relentlessly rolling and scenic (if you can muster the energy to sightsee), with the high/low point being the 7km-long climb on the High Road south of Hartfield.

The two-loop run, meanwhile, is set on leg-sapping trails and bridle paths to Chiddingstone and back, and is one that’ll keep you on guard throughout and can be very sticky if it’s rained before the race (like it did in 2015). There’s also a nasty little climb at the end of each loop before one of the UK’s best finishing chutes (and post-race food). 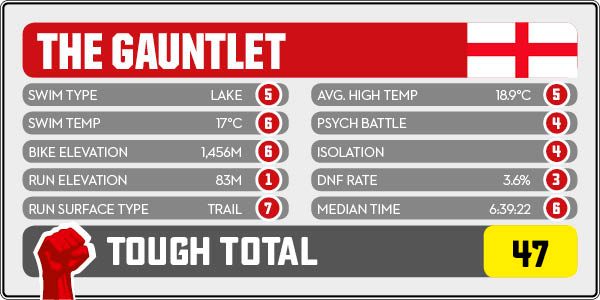 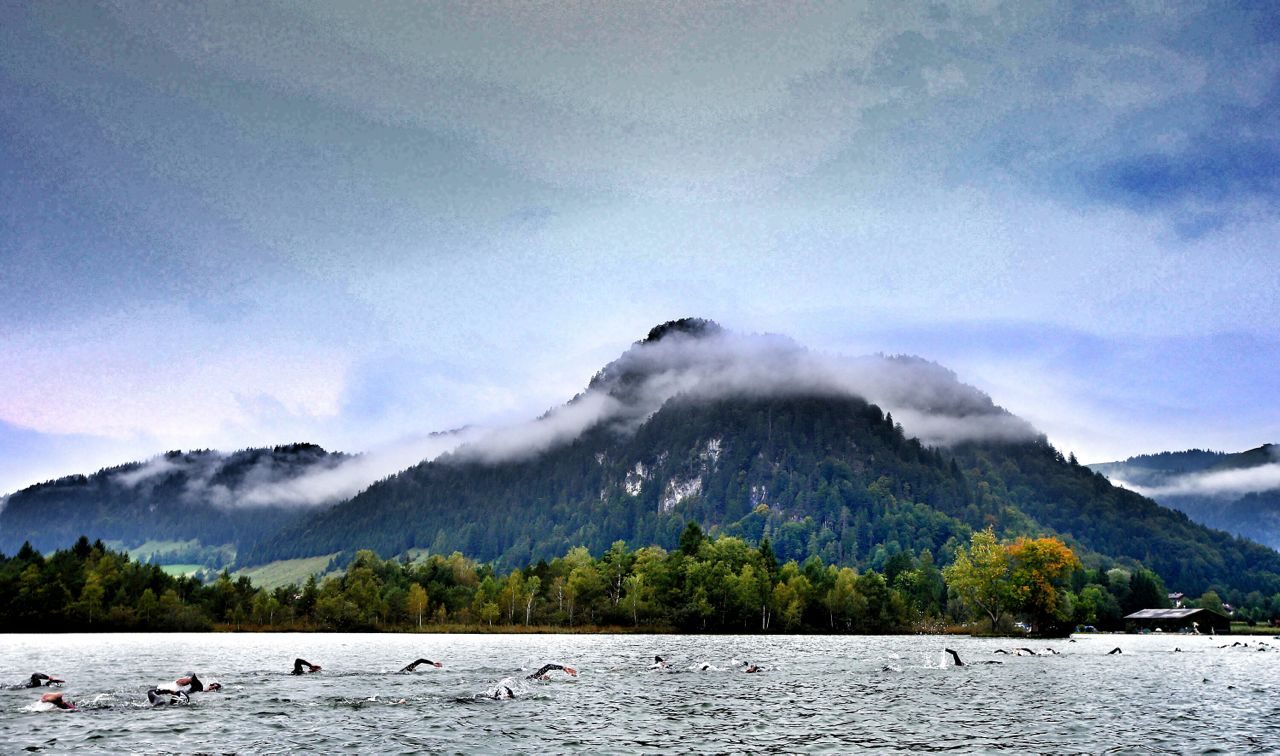 Set in the majestic Austrian Tyrol region, Challenge Half Walchsee-Kaiserwinkl gives Challenge Wanaka a push as the race organiser’s most beautiful event. But, like that New Zealand stunner, there’s a sting in the tail provided by the testing bike leg.

After a swim in the crystal-clear Walchsee lake, the two-loop 90km bike takes in the mountainous panorama of the Kaiserwinkl region, subjecting athletes to over 1,000m of elevation gain along the way. The 21km run course is mercifully flat and heads around the lake, along the promenade and through alpine meadows. 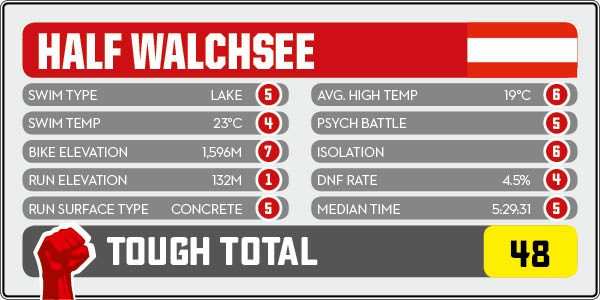 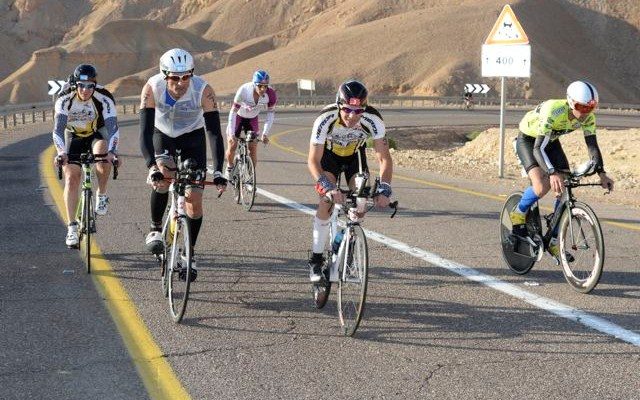 Israman began life in 1999 and remains the only long-distance triathlon in the Israel’s dedicated multisport scene. Hosting both 113km middle and 226km long-course races, the Israman starts in the southern holiday resort of Eilat, nestled between the mountainous terrain of Jordan to the east and Egypt to the west.

The race then heads north after a swim in the salty Red Sea for the unforgiving Negev desert, starting with a 12km climb straight out of transition up to 600m above sea level. The temperatures in the desert can vary from freezing to 30C, with 60mph crosswinds adding to the gruelling mix.

If the run elevation gain looks small, that number is deceptive (so we’d added a few marks), with the course unique in middle-distance triathlon in that it’s sharply downhill for the first 12km before a coastline finish. 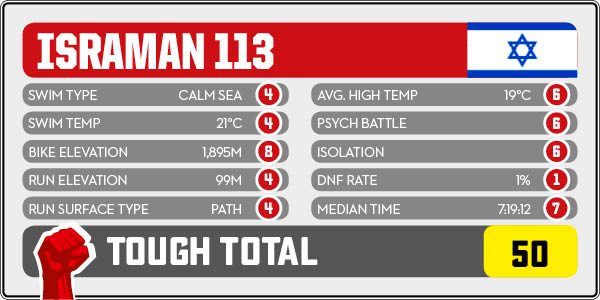 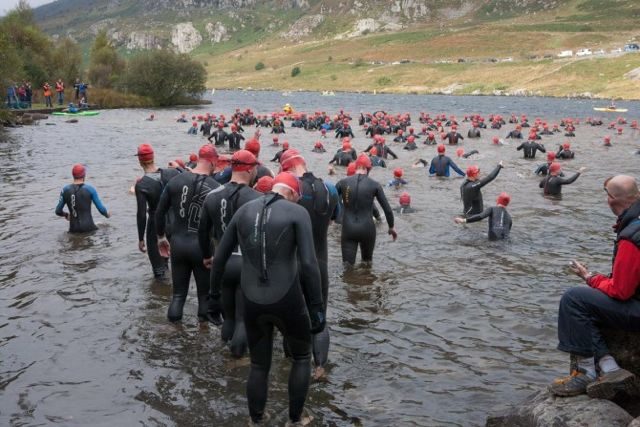 If snow is unlikely in July, even in the seeming microclimate that is Snowdonia, the Snowman delivers on its promise of being top race organiser Always Aim High’s toughest middle-distance race.

The swim kicks off in the shallow Llyn Mymbyr before an epic 90km bike through the heart of the Snowdonia National Park. The run nearly features as much elevation gain as the bike, taking athletes to the summit of Moel Siabod and straight back down to the finish line at Plas y Brenin. 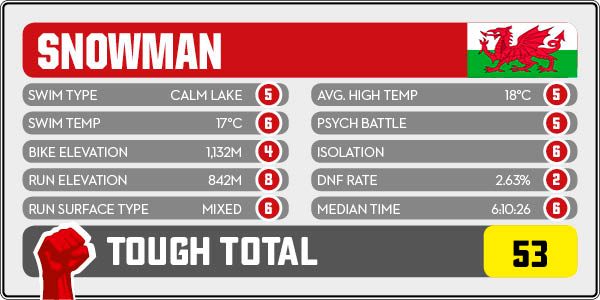 It’s the race where Alistair Brownlee made his statement of 70.3 intent in May 2017 but, despite his course record of 3:41:58, it’s actually one of the toughest Ironman 70.3s on the circuit for us mere mortals.

The one loop swim takes place in the calm, if chilly, waters of the Sand Hollow Reservoir before the bike leg takes in rolling hills and the signature climb up – and through – Snow Canyon State Park. The run, meanwhile, includes scaling Red Hills Parkway and going through the Red Cliffs Desert Reserve, all under the scorching Utah sun.

5th today behind some amazing athletes. Couldn’t have asked for much more out of today! Really enjoyed racing in St. George! The city gets behind the race, and some major competition makes the racing fun! Thanks to all those people that support me! You make all the pain and suffering worth it! #showyourstripes #timetofly #domore #TeamTYR