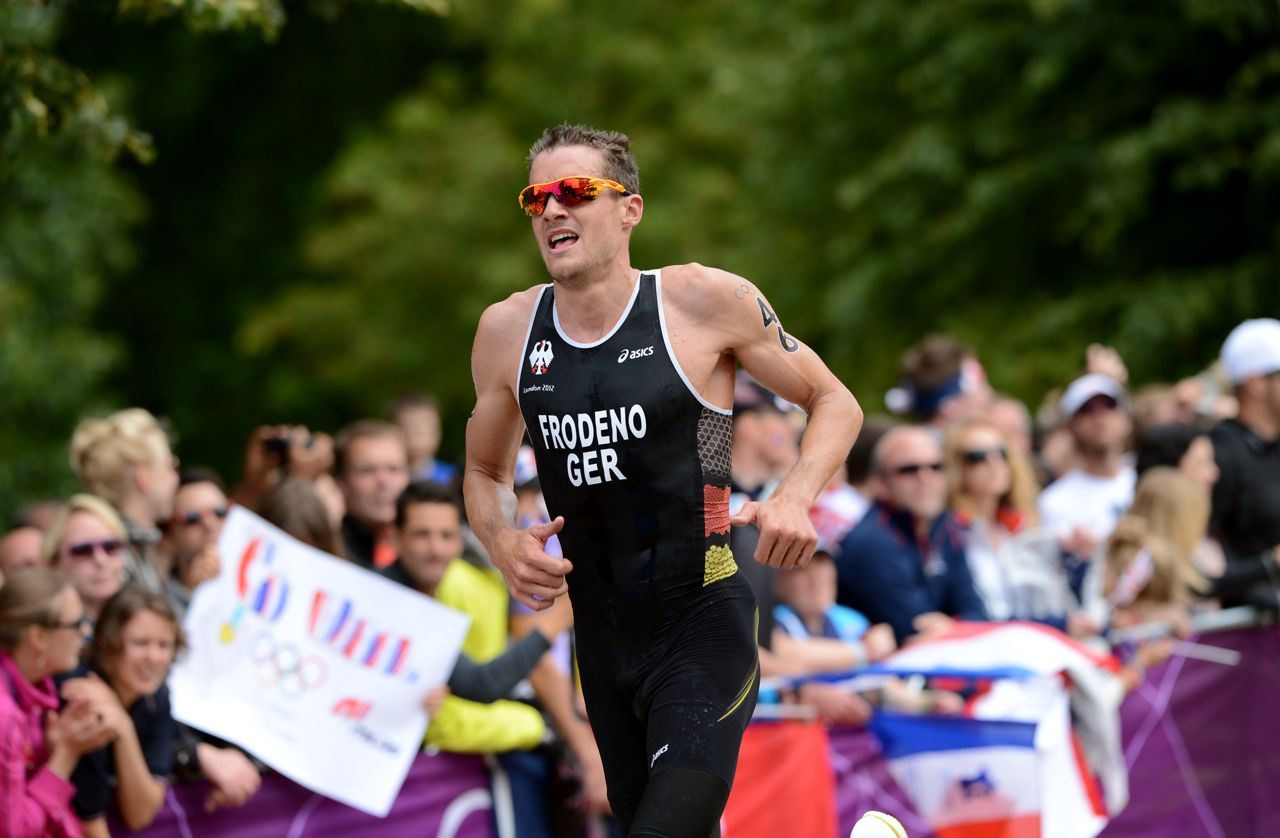 “Although I use the dirt trails and run off-road a lot of the time, I make sure I run on the roads at a good pace three or four times a week to strengthen my body up as that’s the surface I race on.” To elaborate, Frodeno recounts a story about the professional Kenyan marathon runners that get up at 4am to run on their country’s notoriously busy and dangerous roads for exactly the same reason. Even though they’re surrounded by some of the world’s finest quiet dirt trails, they risk life and limb to do long sessions on the surface they’ll compete on. 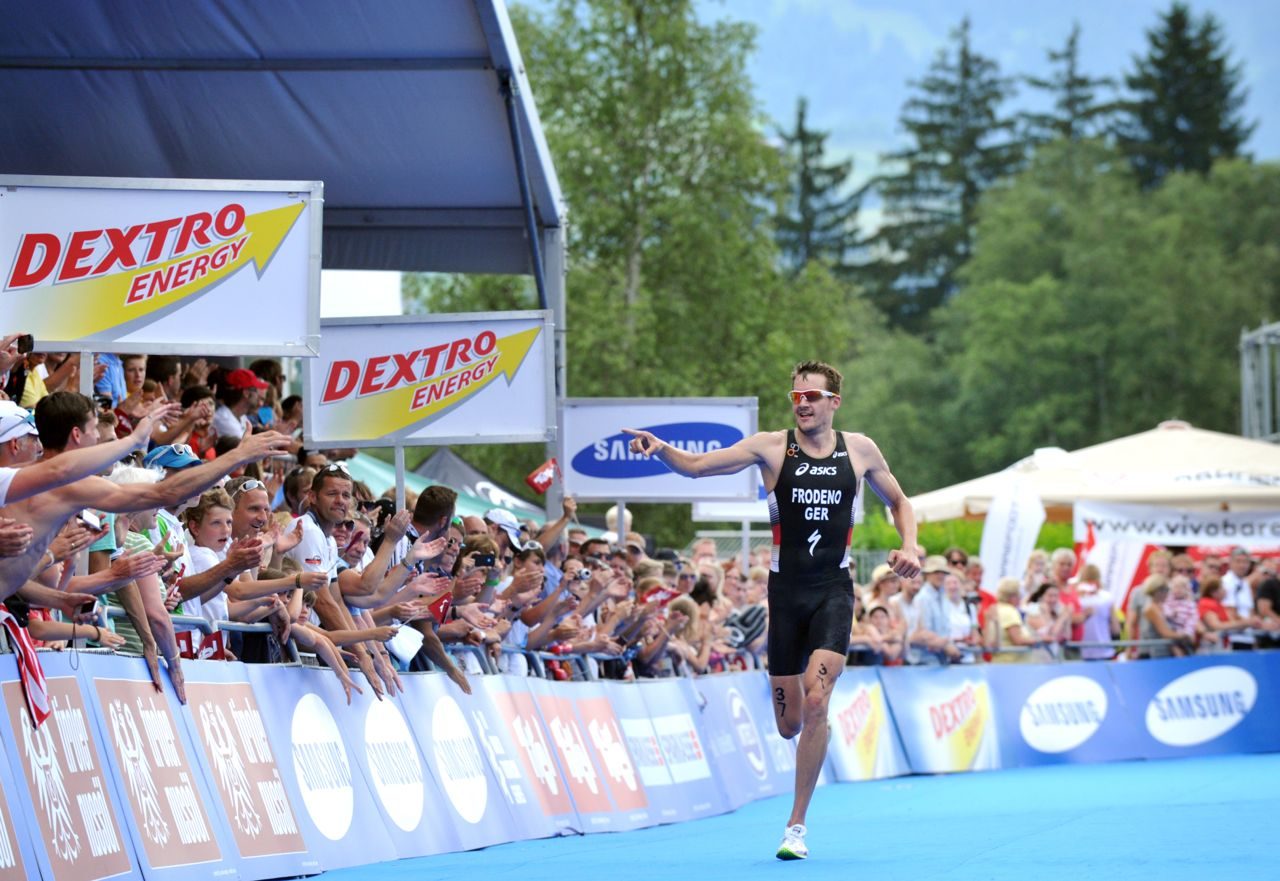 “I moved to Girona in 2014 and found it to be a great long-distance training venue. Although everyone knows it for its cycling, which is amazing, the running there is almost better. We have kilometres and kilometres of this nice dirt road in the town and it’s perfect. It’s hard enough and flat enough to be consistent, but just a little bit softer than tarmac so it’s kinder to your body.” 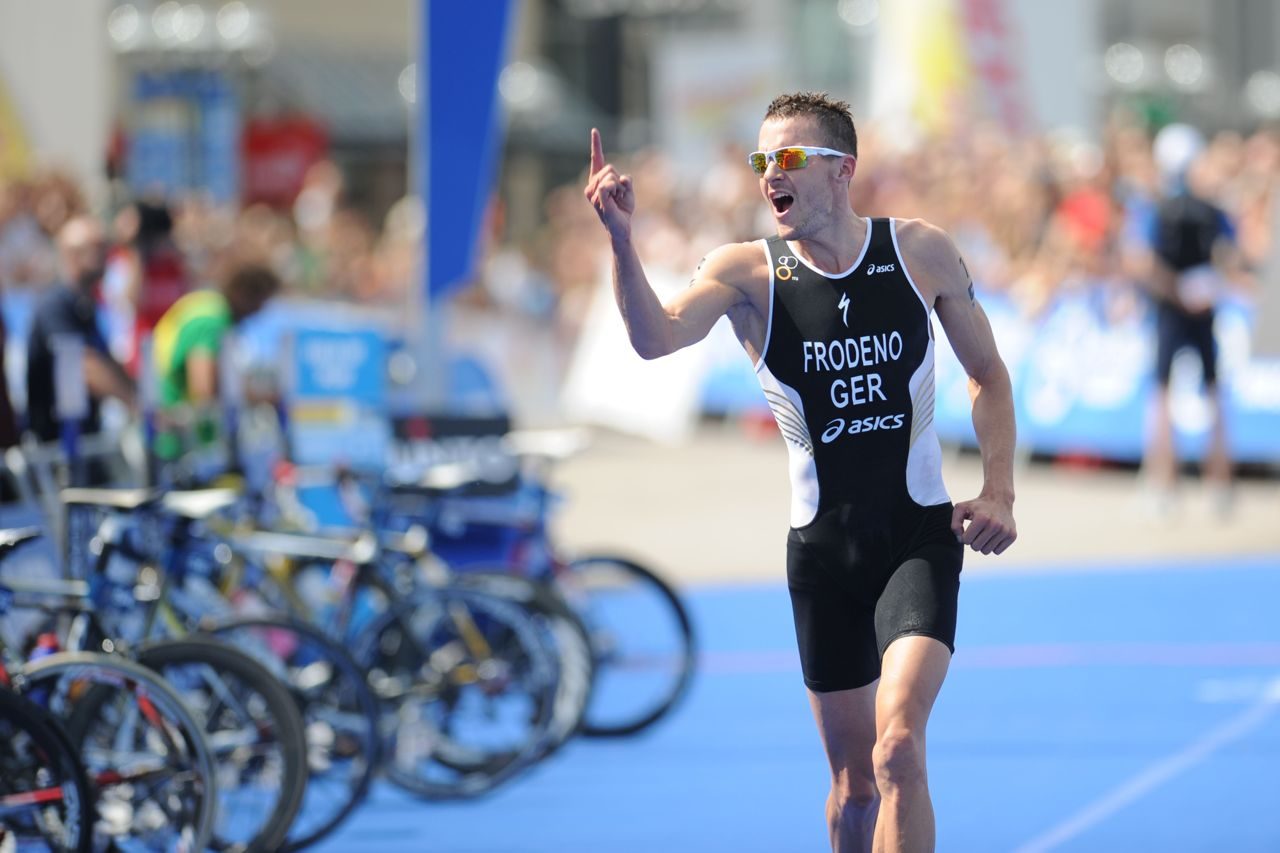 “I found it useful to break the Ironman marathon into small pieces. Initially it was ticking off kilometres, then after halfway it was smaller and smaller bits as it got tougher.” It’s encouraging to hear that, even for a runner of Frodeno’s calibre, it takes mind games to keep him moving forwards late in the marathon. “In the end it was aid station to aid station and I was walking through them at Ironman Frankfurt in 2014.” 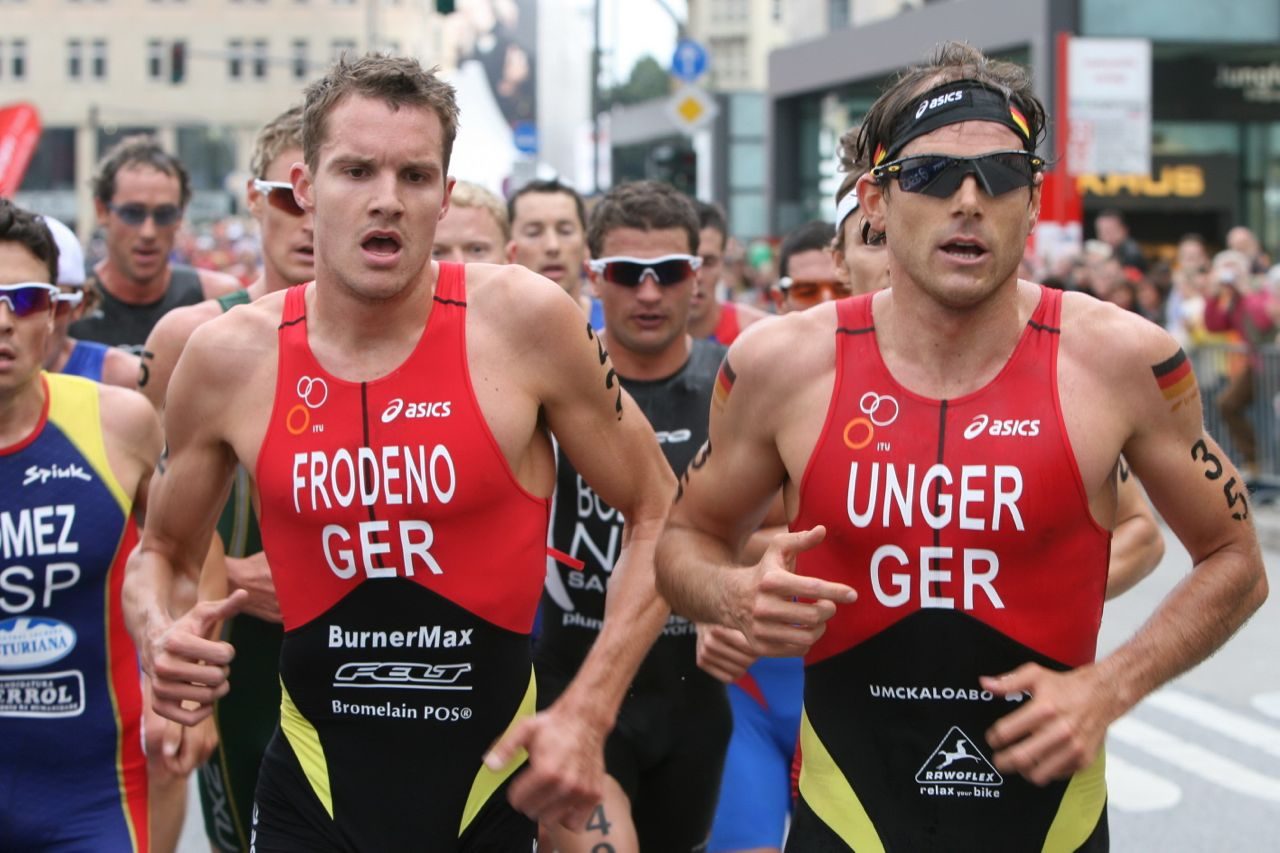 Having yo-yo’d through the first 20 places during the Ironman Frankfurt 2014 bike leg due to his three punctures, Frodeno eventually entered T2 in fourth place. He then slipped down to 10th as he struggled to stretch out cramps in his quads and hamstrings.

“I probably started the run a bit euphoric and although everyone tells you to start an Ironman run slow, it felt super slow and I wanted to be aggressive to get back into the race. Plus I was aiming to run 2:40hrs anyway.”

Frodeno ended up covering the first 13 miles in 1:16hr and although he slowed in the second half it was far from a catastrophic collapse. As he moved up to third, he out-split the second fastest runner (Kona champion Frederik Van Lierde) by 6mins. “Maybe if I’d gone through in 1:18hr that would have been okay, because you’re never going to run the second half faster, and perhaps that extra 15 seconds per km would have made the difference….” 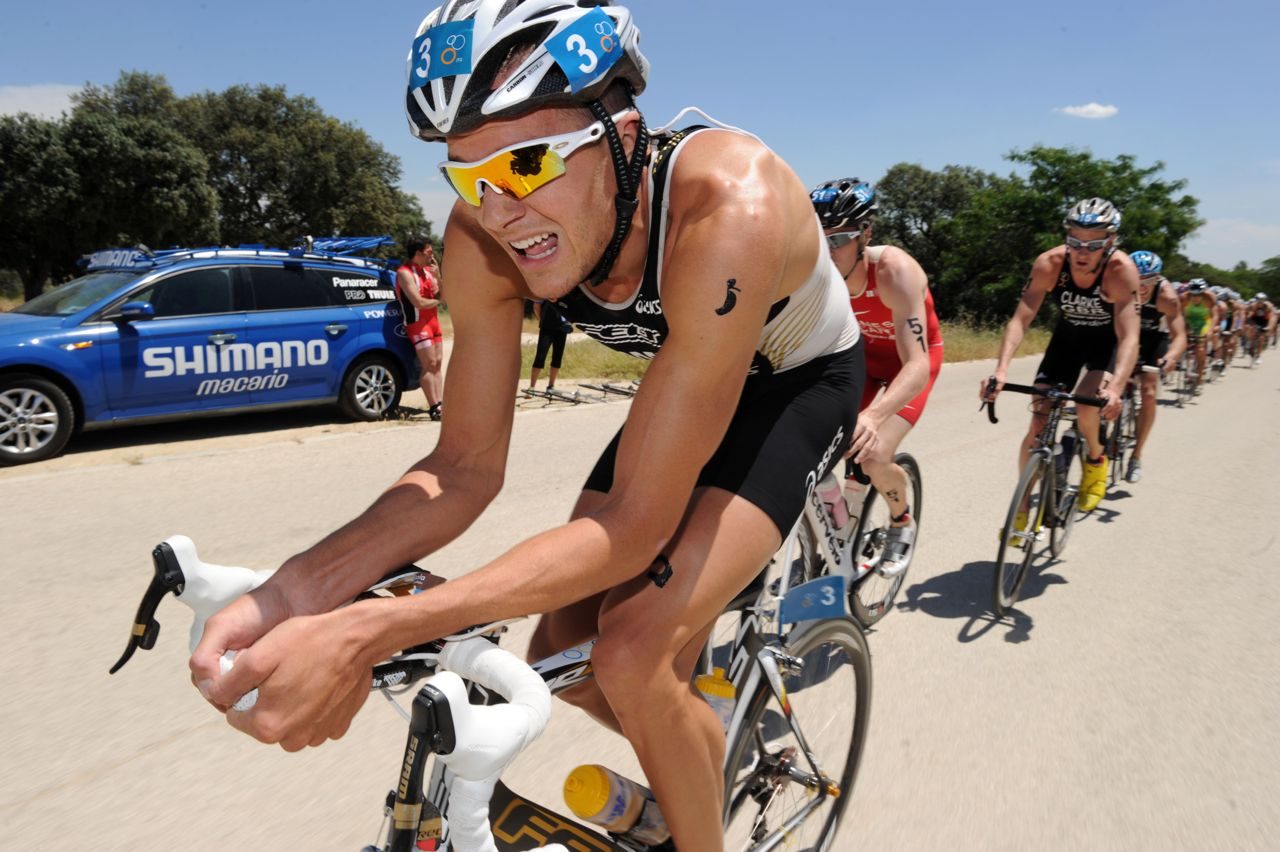 “Being injury-free has been super important for me, especially for Ironman, and though it may seem decadent I have a full-time physio working with me to make sure I stay in good condition.”

Frodeno’s also keen to point out that you can achieve consistency by training within your limits a lot of the time, rather than thrashing yourself to produce a great performance that leaves you worn out and unable to train on subsequent days.

“It’s no good doing a huge nine-hour effort and then needing the rest of the week to recover when, if you’d backed off to seven hours you could do it day in, day out,” he says, offering an insight into the mindset of someone for whom seven-hour training days are considered manageable on a frequent basis. 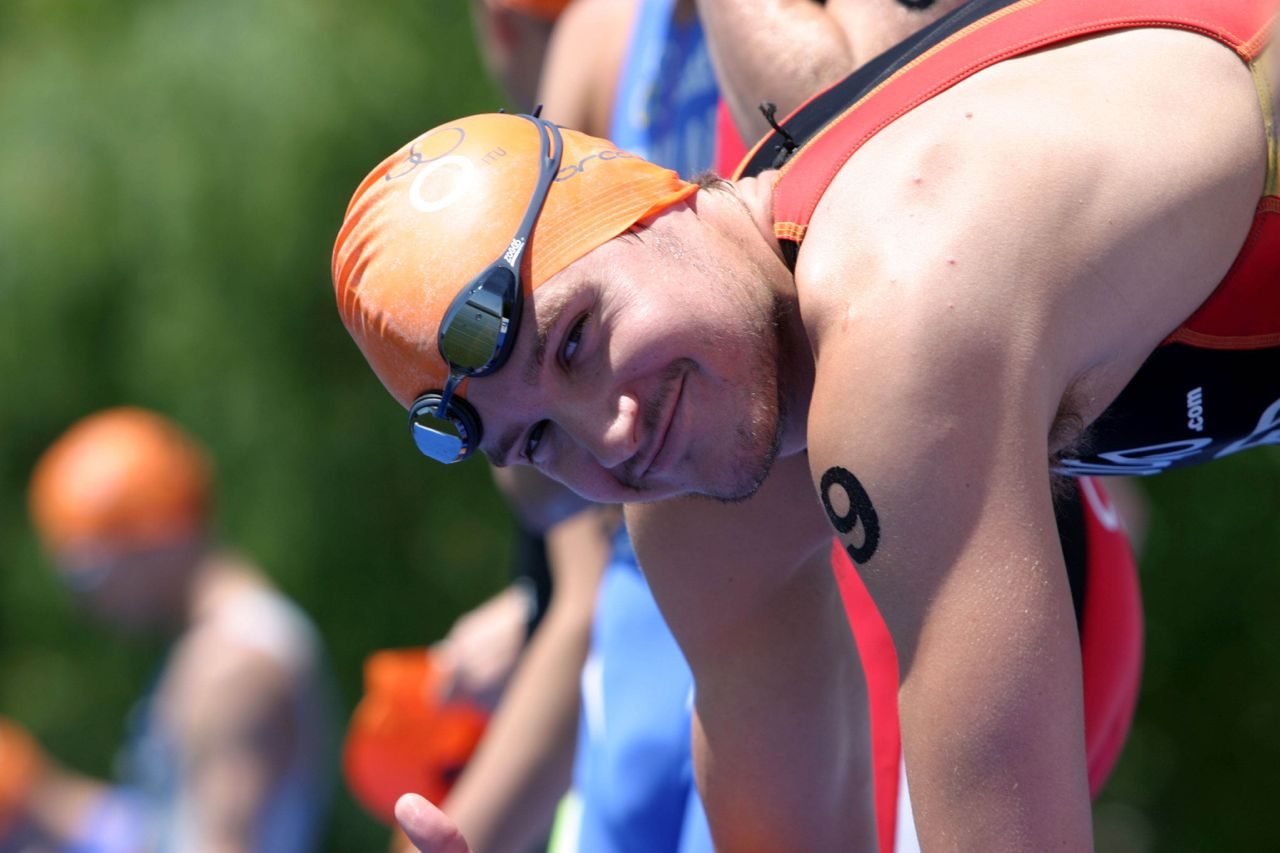 “Since the end of 2012 I’ve been coached by Dan Lorang (the German national team coach). This seems to work really well as he’s the science guy and I’m the emotional dude! We use power, heart rate and other measurements that I’ve not previously looked at in my career, even though I’ve always had the devices to measure them.”

Interestingly, Frodeno says that he still relies largely on intuition to guide his efforts but, by using technology to measure certain things, he and Dan have been able to match what he feels with his actual output. This means that he can better understand his body and how it’s responding to training loads. All of Frodeno’s training is logged on an online system that Dan monitors from a distance, catching up with him once a week or so by phone and email to keep tabs on how things are working out. 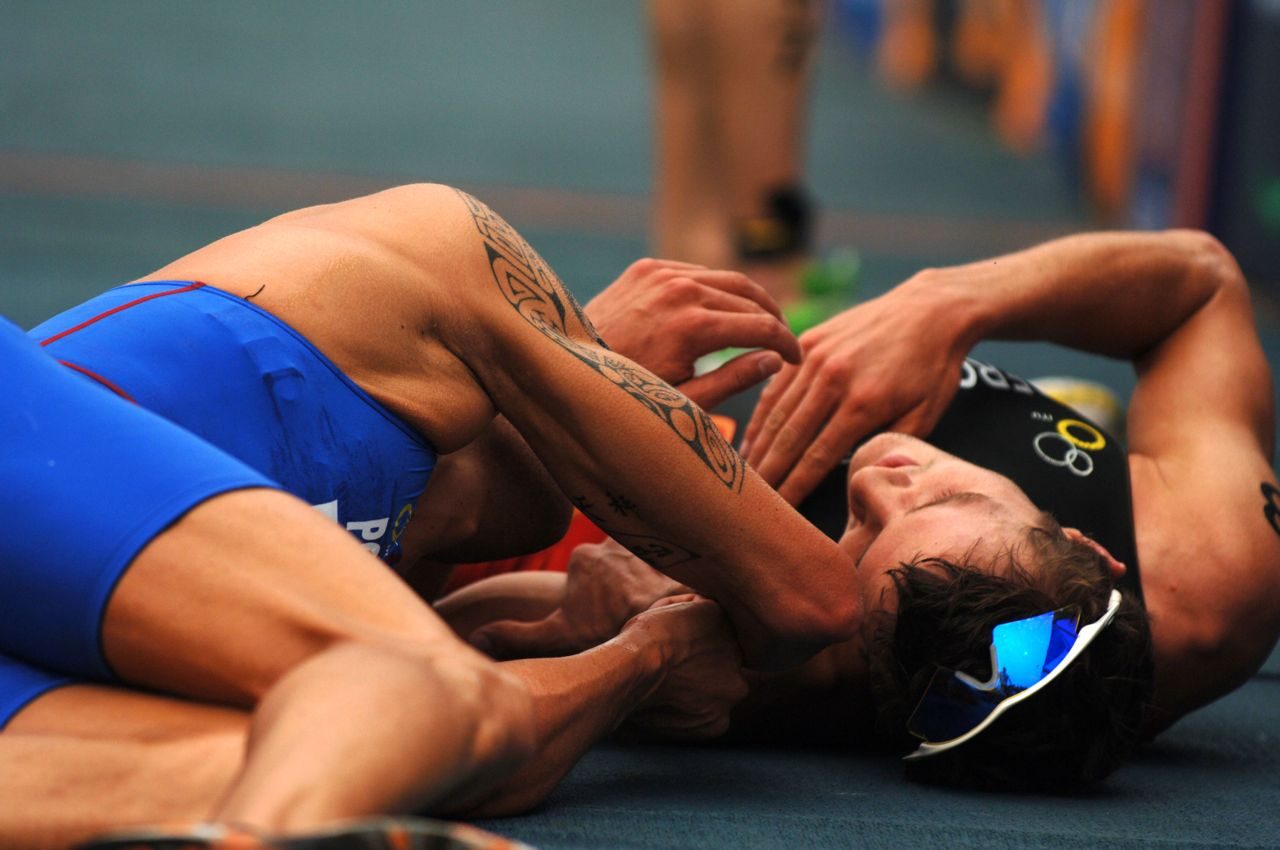 “I lost a lot of sprints early on in my [Olympic-distance] career and that kind of thing ticks you off so badly that you either give in to it or you work on it to become unbeatable… or, at least, almost unbeatable. I did do some speed work to improve my top-end pace, but it’s almost always a mental thing because at the end of a race everyone is toasted so you just have to go for it.”

When it comes to Ironman racing, however, Frodeno is quick to point out that a ‘fast finish’ there means being able to run sub-3:30min kilometres in the closing stages rather than having to sprint to the line. So these days his training is a lot more geared to speed endurance rather than looking to develop his anaerobic abilities. 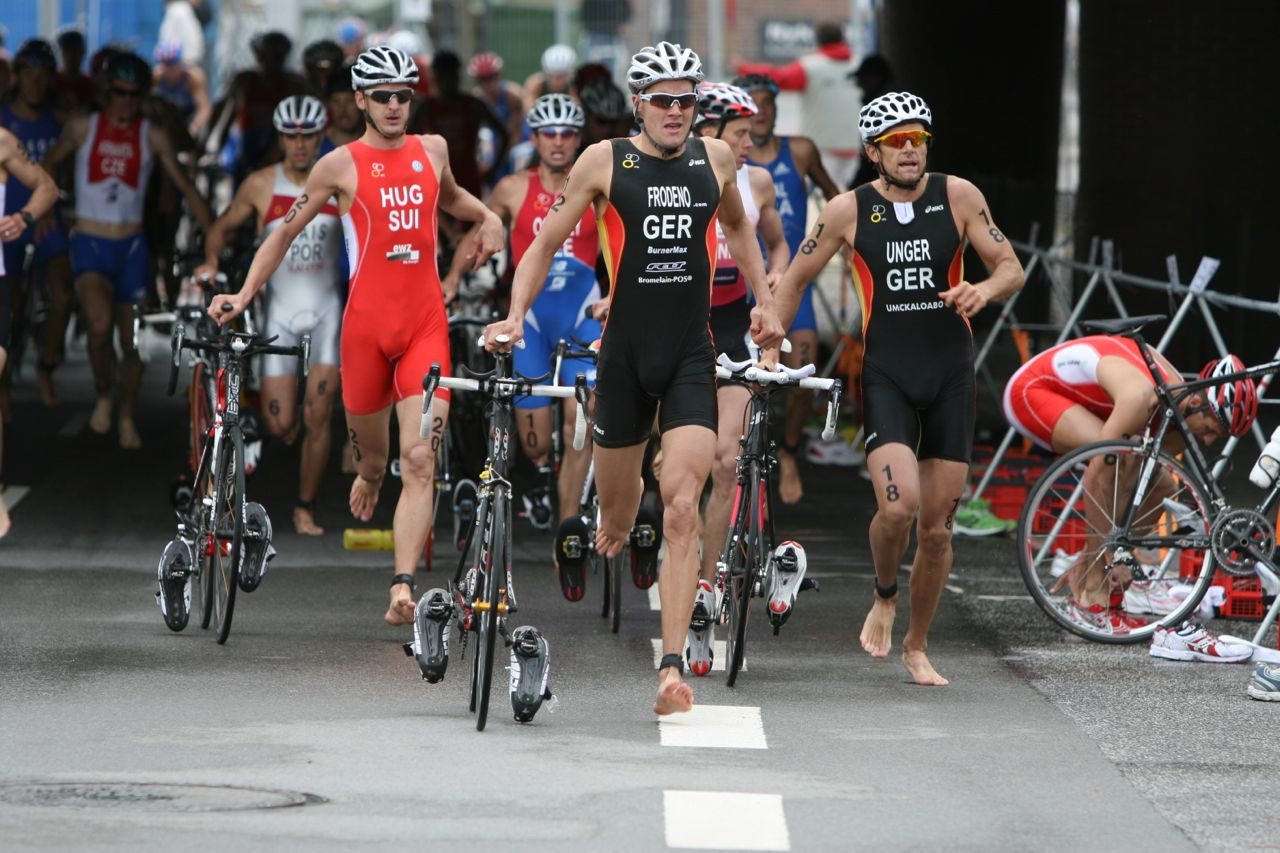 Although Frodeno takes good care of what he eats, aiming for natural, whole food-based meals and taking the advice of his wife (fellow 2008 Olympic gold medallist Emma Snowsill, who’s studying nutrition), he’s not as concerned as he once was about restricting his calorie intake to get super light to improve his run speed.

“Dieting is a thing that I’m glad to have moved away from,” is how he sums it up, admitting to having found illness and injury to be more of a problem when he dropped below 4% body fat in the past. 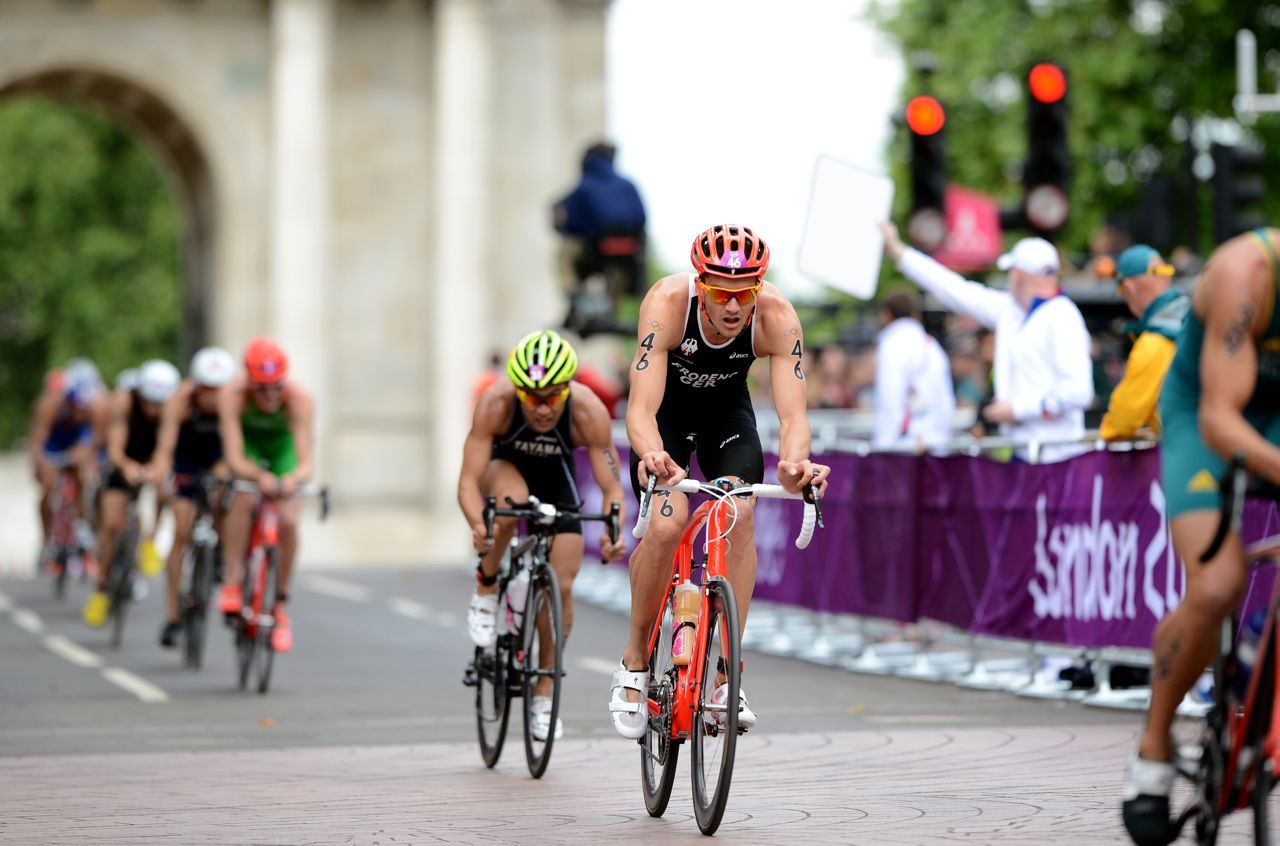 Frodeno now maintains around 5-6% body fat at a racing weight of 77kg, which is still very lean (for a guy who is 194cm tall), but more compatible with good health as well as performance over a full racing season. 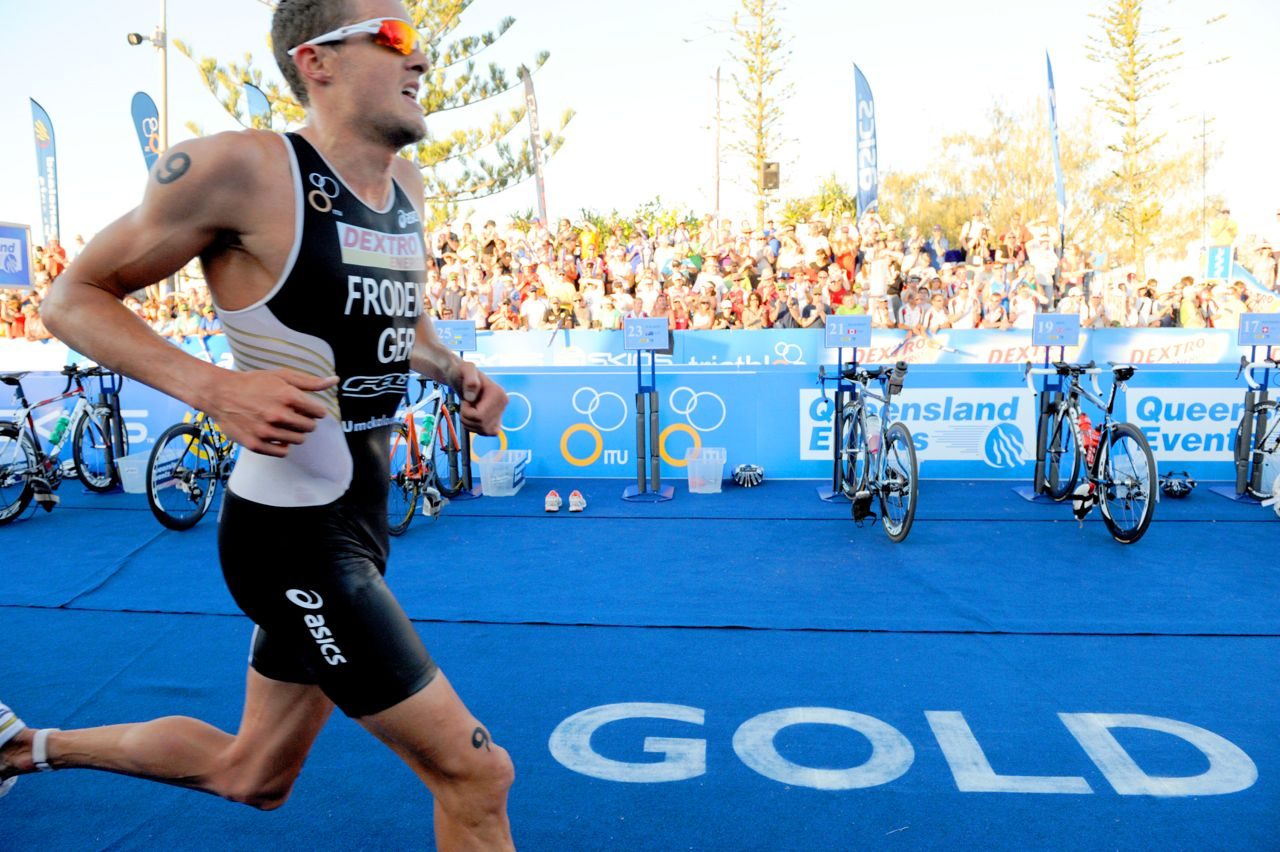 “If I had to offer one key tip to age-group athletes to improve their Ironman running it would be to get a stronger core,” says Frodeno.

Since taking up Pilates at the insistence of his wife, Frodeno is convinced that improving his posture and muscular control has benefitted his running, especially over longer distances. “I just see so many athletes bent over like bananas as they get tired, which costs them energy and makes them more likely to get injured.”

What advice have you found most helpful when going long? Let us know in the comments!