My first running success came in the Cubs cross-country on the hills of Dinedor in Herefordshire. I continued through school participating in anything and everything: cricket and football were the staples at primary but, rugby, basketball and track and field came with the move to secondary school. I was doing well academically and played for the county in several sports, but gradually it emerged that I had a talent for running. 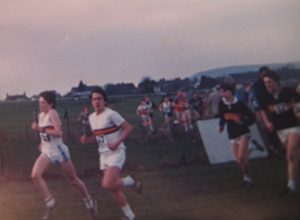 I was never going to make a career from running. Even by the age of 13 I realised coming from rural Herefordshire I had no idea what real competition looked like. When I qualified for the English Schools Championships in Thurrock in 1984 and saw my fellow competitors standing a foot taller than me, dressed in co-ordinated kit and conversing with their coaches, I realised this was another level.

Sadly, my grandmother died during my final year at secondary school. By then I had won my biggest race, and was junior 400m West Midlands Champion. That’s when things changed for me.

I’d never lost a relative before. Nobody teaches you how you’re supposed to feel. There’s no ‘dry run’ or rehearsal. When it occurs you experience new emotions for the first time and you don’t know how you’re going to react. Unfortunately, my reaction wasn’t typical. I was frustrated that the world simply carried on as if nothing had happened. I no longer thought I was justified in enjoying myself

I should be feeling remorseful and sad. That’s when I first started denying myself any pleasure, including food. I continued to run because the pain of training harder felt right. As I cut down on my food intake, running became more painful. Initially, losing that teenage puppy fat is seen as a normal part of growing up so no one really questioned me. And quite honestly, back in those days, eating disorders were unheard of and certainly didn’t affect guys.

Over the next 20 years, I continued to punish myself. The characteristics that had seen me through countless races also meant I was able to continue surviving on almost nothing. An iron will, determination and a bloody-minded attitude all meant that nothing would stop me running. As time went by, though, the running became jogging, which finally became little more than shuffling. By now, I’d also lost all my friends.

At the pleas of my parents in the early days, I did seek help, but, in reality, I could have told the dietician the calorie content of every item on the supermarket shelf, so I certainly didn’t need advice on which foods to eat to gain weight. The complete lack of empathy and understanding was evident. Eating disorders simply make no sense, that’s why the majority of the public struggle to comprehend the illness. ‘Just eat’. ‘Have a doughnut’. ‘It’s not hard’.

But it is hard. When you have the iron will and the determination of most sportspeople, changing your ways is very tough. I imagine that there’s more than one reader who recognises these characteristics. You’ve cut back or cut out something thinking it will give you that edge. You’ve trained harder, run further, and pushed yourself to the limit… and then beyond. And in some small way, while in the back of your mind you know it’s not productive, you continue to do it. 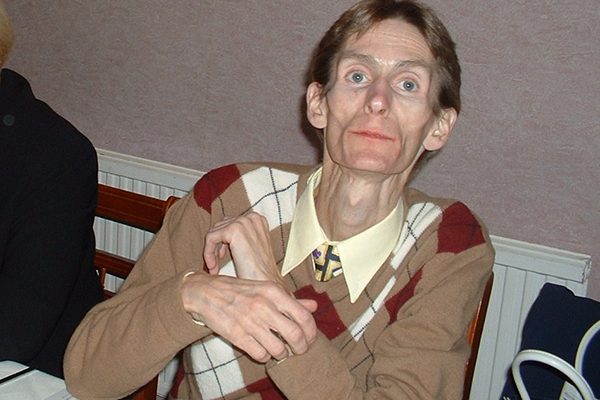 Life changed dramatically in 2008. Weighing a skeletal 5.5 stone, a chest infection failed to clear. I was admitted to hospital suffering from pneumonia and a collapsed right lung. An outbreak of the Norovirus meant that the hospital was closed to visitors and I was placed in an isolation room. That’s when I finally realised that I wasn’t invincible. For the last 20 years I’d continued with the attitude that ‘I’m alright’, despite the fact that everyone knew I wasn’t. Luckily, after days of intravenous drugs, I was released. I hadn’t lost that bloody-mindedness or that determination. I was alive and stronger than ever, but now those attributes were ready to save me. I was determined that, having been given a second chance, I wasn’t going to waste it. What I’d done over the previous 20 years, I’d done to myself. And it was only me that could change things.

Once an athlete always an athlete (if no longer in body then certainly in mindset). My goal was to run a marathon and I’d run it in aid of Macmillan Cancer Support. After all, victims of cancer don’t choose to have their illness. The way I saw things, I’d chosen to suffer with mine.

I liken my recovery and the path to the start line of the 2009 Paris marathon as climbing the highest mountain, against the wind with the sleet and rain hammering down. But the view from the summit, or in this case the finishing line, was possibly the sweetest sight imaginable.

Since 2009 life hasn’t been plain sailing or uneventful. In 2012 I was selected as a Torchbearer for the London Games before taking up my place as a Gamesmaker. By then I’d completed the 2010 and 2011 London marathons, hitting a PB both times. At the same time however, it was evident that the pneumonia had caused permanent damage to my right lung, such that each time I ran I found myself coughing up blood.

I was referred to a thoracic surgeon, who operated to remove the lower lobe of my right lung. Just as I had my life back, I was terrified my running days were over.

“Not if you work at it,” was the surgeon’s advice. “You mightn’t run another PB but there’s no reason why you can’t run another marathon”. No guesses what that meant to this pig-headed individual! In 2013 I ran London again and in 2014 both London and New York (this one to thank my parents for their incredible support). 2015 saw me go sub-3hrs in London. London 2016 and 2017 are done and dusted and my 2018 Good For Age place awaits.

But to prove that nothing has changed, I’m currently waiting to attend the fracture clinic for a suspected stress fracture to the left fibula. I know I should’ve rested at the first signs of pain but how many of you do that?

How many of you run through the pain, spurred on by the endorphins that are released? Pushing yourself to the limit is what makes an athlete, regardless of the times they achieve or their age. Just remember, though, those characteristics are both your greatest asset and your possibly your Achilles heel.

Research shows that the high incidence of eating disorders among athletes is not accidental. High-performance athletes are usually concerned with “perfection,” which is often an influencing factor in developing an eating disorder. For more information and advice on anorexia and other eating disorders please visit www.beateatingdisorders.org.uk  and you can download UK Sport’s guide to eating disorders here

Ice baths: do they help athletes after intense exercise?