Setting the tone for the rest of the race, Swallow quickly caught up to the back end of the men’s field. She completed the swim with a time of 50:16mins, with Camilla Pedersen (DEN) and Lucie Reed (CZE) following a further two seconds back.

Pedersen stayed within distance of Swallow in the early stages of the bike, while Eva Wutti (AUT) sat comfortably in third position for the majority of the first lap, but was overtaken by Germany’s Diana Riesler as they neared the 90km mark. Swallow pulled away slightly and was able to take a two-minute lead into T2. Pedersen and Riesler followed in second and third respectively.

Swallow continued to look strong and started stretching her lead. While Pedersen held her own in the first lap, she was later overtaken by both Lucy Gossage and Susie Cheetham, who moved into second and third place.

Gossage though, could not repeat her feat of a year ago as Swallow comfortably held out to cross the finish line in 09:26:56 to claim probably the most significant Ironman win of her career to date.

Swallow dedicated her win to friend and Italian triathlete Linda Scattolin, who was killed in a training ride accident in South Africa a few weeks ago. Gossage finished six minutes later in second with Cheetham a further two minutes back.

When asked on her thoughts on the race, an exhausted Swallow said: “[I am] very satisfied with my victory, but my body is completely numb now. It [definitely] feels as if I have just completed an Ironman.”

French athlete Sylvain Sudrie made the early yards on the swim with Johann Ackermann of Germany leading the group. South Africa’s Kyle Buckingham kept pace with the leaders with Frederik Van Lierde on the shoulders of Buckingham.

Van Lierde moved into third position before Sudrie emerged first in 49:04mins. A group of 10 men all exited the water within a minute of each other with Ackermann in second, Van Lierde in third, Mike Aigroz (CHE) and Italy’s Alberto Casadei in fourth and fifth.

Bertrand Billard (FRA) and Buckingham made headway to move into the top four with Van Lierde and Sudrie. The quartet remained close throughout the bike but Van Lierde upped his output after the first lap and opened a four minute lead by the 132km mark. The Belgian powered on into the T2 and proceeded onto the run with a massive 13min lead over Buckingham and Aernout. 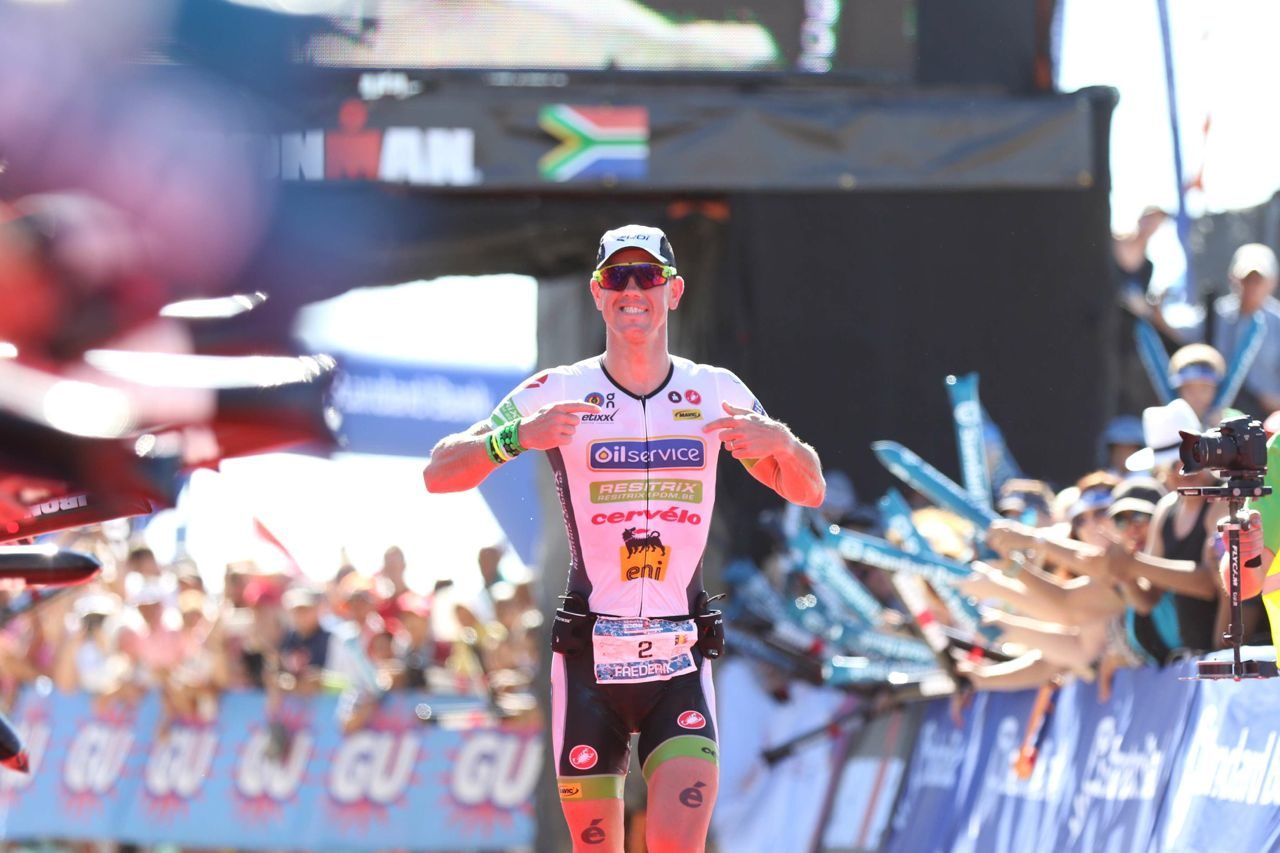 Buckingham tried, but could not get away from Aernouts, and Rana managed to pass them both to move into second place as they started the second lap. Van Lierde was relentless though, despite sapping heat, to put in a masterclass performance. The 2013 World Champion finished in a time of 08:16:34, followed by Rana 14mins and 9secs later with Aernout claiming the final podium position at 08:35:58.

Scotland’s David McNamee was the top-placing British male, coming in seventh position with a time of 8:43:35 and fully justifying his decision to relinquish Rio 2016 in favour of moving up from ITU to long-course racing.

>>> David McNamee: ‘Kona is the dream I have to chase’

Ironman- its a bloody long way.Very happy to make it across the line in 7th. Quads now refuse to climb stairs so bum shuffling instead

Were you racing Ironman South Africa? Let us know in the comments below!