With just over a week to go until this year’s 220 Triathlon awards, we take a look at one of the most highly anticipated categories – the Jane Tomlinson Award for Outstanding Contribution to Triathlon.

This year’s awards, sponsored by sports nutrition experts Elivar, will take place in the evening of 1st March at Sandown Park in Surrey – for the complete shortlist head here. 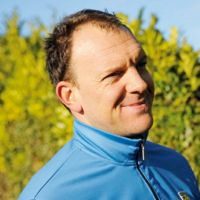 “Having been an athlete, Iain thinks about every aspect of events from a competitor perspective,” says his fellow OSB members. “Because of this and his passion for triathlon, he has helped attract new triathletes year-on-year and inspired them to challenge themselves as life-long participants. He has been integral to the growth and development of the sport that we all love, and still keeps challenging himself to put on new iconic events.”

Alan’s contributions to triathlon in 2013 have been sadly limited by his brave battles against prostate and colonic cancer, yet despite this he has continued to coach both children and adults at club sessions, refereed the junior triathlon and aquathlon, and is personally coaching a number of ladies preparing for their first half-ironman in May.

His fellow club members tell us: “Alan has been known to get up early and sweep vandalised bike tracks prior to a session or go well out of his way to collect bikes for those children unable to provide their own. He has spent hours making his own wooden stakes to mark out run courses! Alan is an unrivalled coach to both children and adults, and is universally popular though never seeking any gratitude or reward for the time he so freely gives.”

“As an athlete, Jack enjoyed a distinguished career in not one but three sports,” says fellow coach Simon Ward. “He competed in mountain running at the highest level and represented Scotland as an orienteer and then triathlete. Athletes who competed in the same era, speak of him in almost legendary terms. And not just for his athletic exploits. Training, competing and socialising were given the same effort.

“Quite simply, Jack Maitland has very quietly been leading UK triathlon performance to the very highest level and creating a programme which delivered the first Olympic triathlon medals for GB and which is admired the world over”

“Non is the first woman to win the World title one year after winning the U23 title,” says running coach Malcolm Brown. “She encountered many setbacks as a young developing athlete. Injuries and disappointments in her teens could have deterred a less committed individual. However, her grit and determination to succeed came to the fore when the going got tough.

“The best recent example of her character was illustrated when she broke an arm at the Hamburg WTS relay event and then swam one armed for three weeks and sat on a turbo until she could return to full training. She then won the Grand Final, after a penalty, when others would have found good reason to concede the race before or during the event. A tough cookie!”

His fellow club members tell us: “Ashley has been a stellar supporter to members over the years, travelling overseas to support members with kit, official photographer,  shouts of encouragement and words of wisdom.  Although Ash hasn’t raced for many years he did complete the Longest Day IronMan distance in the late 90s and his overall enthusiasm has never faded.”

Good luck to all the nominees, we’ll be announcing the winners of all the 220 awards right here on 220triathlon.com immediately after the awards show on March 1st!

220 vs. The Elites at GSK’s Human Performance Lab