Whether you’re competing or training, you can easily injure yourself while out cycling. Road rash is a recreational hazard for many cyclists, but while in most cases wounds are superficial, it pays to ensure they heal fast and don’t keep you off the bike. While most cuts and grazes are merely superficial, here are some top tips courtesy of St John Ambulance to make sure that they heal quickly without infection.

Tetanus jabs will prevent you from contracting tetanus, a rare and serious condition caused by the bacteria Clostridium tetani getting into wounds, so it is important you are fully vaccinated. You should have had a course of five full tetanus vaccinations, however if you are unsure do speak to your GP to make sure you are up-to-date.

A cut is when the skin is fully broken, and a graze is when only the top layers of skin are scraped off. Cuts and grazes are common injuries that can usually be treated at home.

It will come as no surprise that the road isn’t the most cleanly of places, being full of dirt and grit. Because of this, if you and your bike should part ways, you should wash the wound as soon as you can, using clean, fresh running water or an alcohol wipe to reduce the chance of infection before covering it with a sterile gauze. If you don’t have this, use a clean, non-fluffy cloth such as a tea towel. 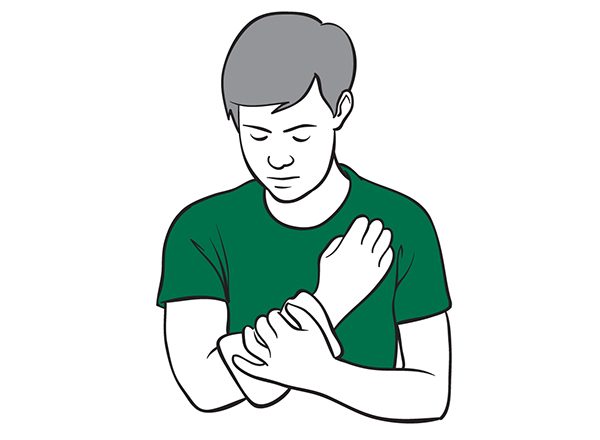 After you’ve cleaned your injury there may be some bleeding. If this is the case, usually you should only have to apply pressure and raise the injury to stop the bleeding. The wound should then be covered with a clean dressing or plaster to prevent infection, and it should then heal by itself in a few days’ time. However, in some cases, you may need to seek the help of a medical professional. This would be if the wound won’t stop bleeding; the wound was made by a dirty object puncturing the skin; objects such as grit, wood or glass are embedded in the wound; or you think the wound may be infected.

One of the things about falling off of your bike, is that you never can tell exactly how, or where, you’re going to land. While your helmet should do a good job of protecting you, it is possible that you could come away with more than a headache and dented pride.

Head injuries could be potentially serious, as they could damage the brain and cause someone to become unresponsive. The severity of the head injury would depend on how someone hit their head, and how hard the impact was. If you’re falling from a bike while going at speed, it is likely that you will hit your head with a hard impact. 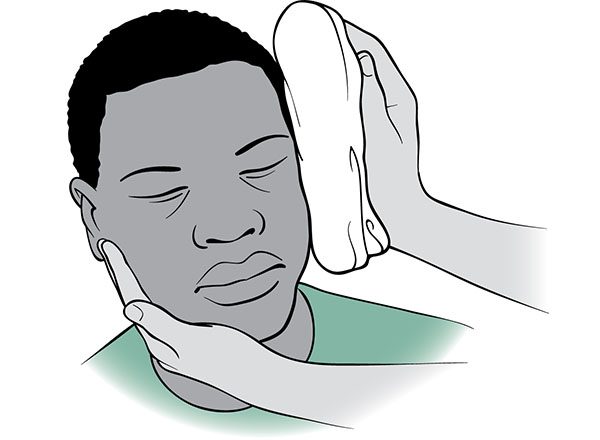 Fractures: A guide to the different types

What to look for

The St John Ambulance First Aid for Cyclists app aims to give every cyclist the skills to deal with the most common cycling injuries, including head injuries, cuts and grazes, and muscle injuries. We want all cyclists to know first aid, so that they could be the difference between life and death in an emergency. The advice in this app is based on our First Aid Manual and advice from our medical experts.

Each year, 400,000 people learn how to save a life by completing a St John Ambulance training programme. First aid is such a simple skill, but has an incredible impact and can be the difference between a life lost and a life saved. Visit www.sja.org.uk for more first aid advice or to arrange a training course.

What’s the difference between non-steroidal anti-inflammatory drugs and steroids?

3 common musculoskeletal problems cycling causes and how to treat them

Cartilage injuries: how to treat and prevent them

Strain versus sprain: what’s the difference?

What is a trapped nerve?

How do you tell the difference between a soft tissue injury and a stress fracture?

Cycling saddle sores: how to prevent them

Ice baths: do they help athletes after intense exercise?