There may be no Gomez to contend with as he sits this one out, but racing is sure to be fierce in the London stage of the World Triathlon Series this weekend as the Brownlees go head-to-head for the first time this season.

Sunday’s race in Hyde Park will see both Alistair and Jonny take on the sprint distance course comprising a 750m swim in the Serpentine followed by a technical 20k four-lap bike course and 5k, two-lap run course around Hyde Park.

This will be the first time we see both brothers racing together this season. After placing fifth in the 2015 WTS opener in Abu Dhabi, Jonathan Brownlee (2186pts) followed up with two strong back-to-back victories in Auckland and the Gold Coast before taking a break for training. In Jonny’s absence, older brother Alistair (1540pts) entered the circuit in Cape Town by winning the gold medal and then earned a silver medal in Yokohama.

Wearing the gold number 1 in the men’s race will be Spaniard Mario Mola (2958pts), who is a strong contender at sprint distance, taking the victory in London in 2014 and winning in Abu Dhabi earlier this year with an impressive final kick to the line. Joining the Brownlees on the start line for Great Britain are Adam Bowden, Tom Bishop, Matt Sharp and Grant Sheldon. See the full men’s start list here. 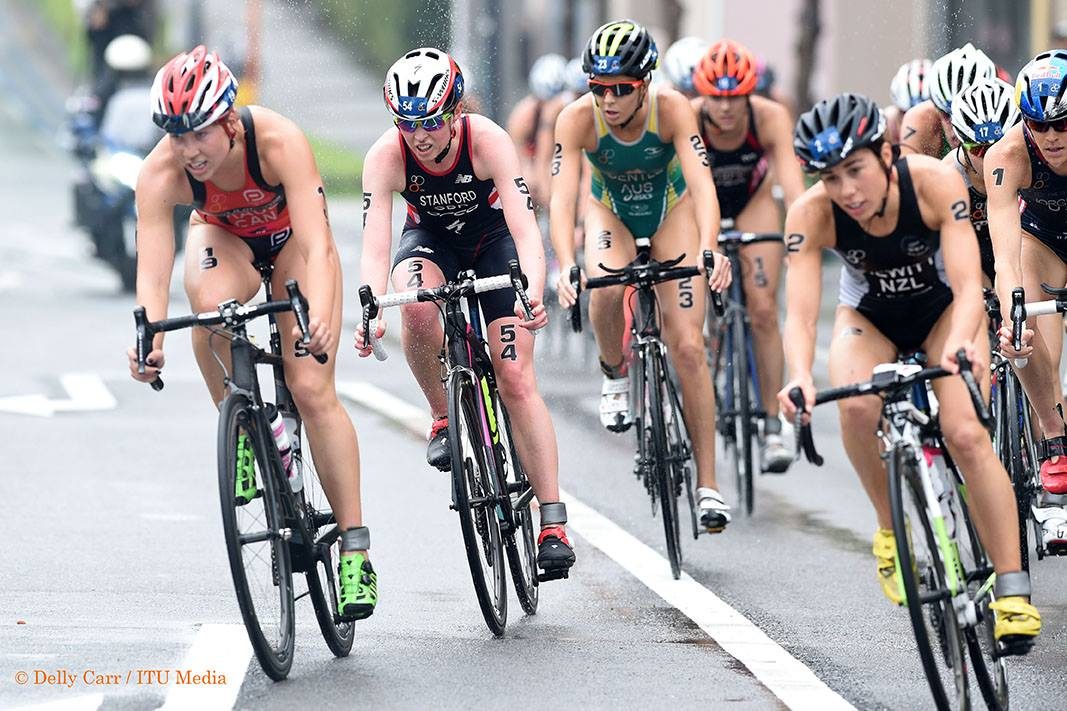 Racing in front of the home crowd on Sunday will be Non Stanford (501pts), who won on the course in 2013 to also take the World Championship title. Since then she has been rehabbing injury though, only returning to the series in the Yokohama race earlier this month where she placed seventh. She put in a strong performance though and looked likely to take bronze, until a 15sec penalty for not getting her wetsuit fully into the box in transition was added.

Vicky Holland (800pts) will also be competing and is having a strong season after taking her first WTS stage win in Cape Town last month. Emma Pallant and Sophie Coldwell complete the line-up for Great Britain.

All athletes will have to put in an impressive performance to beat the seemingly unstoppable Gwen Jorgensen (3200pts) though, who will line up wearing the gold number 1 in the women’s race and is so far undefeated this season. Other female athletes to watch include fellow USA competitors Katie Zaferes and Sarah True, as well as Andrea Hewitt (NZL). See the full women’s start list here.

With just a little over a month until the Rio Paralympics qualification period opens, GBR’s paratriathletes will be looking to gain points towards the World Championships in Chicago too. The paratri racing in Hyde Park is being held at 9:30am on Saturday and British hopefuls include Phil Hogg who took second in the World Championships last year and both Lauren Steadman and Clare Cunningham in the women’s PT4 category.

The GB athletes will face some competition on Saturday – in the men’s PT1 category Hogg will race against four-time World Champion Bill Chaffey (AUS) who is returning after sustaining injuries in a training accident last year. Meanwhile Geert Schipper (NED) returns to London as defending champion.

For more information on the paratriathlon races and for start lists, click here.

We’ll be carrying full reports of both races right here on the 220 website shortly afterwards.