The post-Olympic blues have been put to bed. Alistair Brownlee is back in the multisport saddle and – injury-free – looking forward to the season ahead.

Having finally completed his Masters degree, the 24-year-old is ready for a proper showdown with brother Jonny in the ITU World Series and is serious on the prospect of a 10km qualifying time for the Commonwealth Games.

TH: So, another tough morning training in the heat of the Middle East?

AB:  Actually, I’ve been drag racing on a strip by the Grand Prix circuit. It was really good. The guy I was up against beat me but he told me it’s only because he’d used traction control. I’m hoping to go quite fast round there on Saturday [the Abu Dhabi triathlon uses the Yas Marina track as part of the course] but not quite 180kph.

TH: Have you finally flung off the post-Olympic blues?

AB: I struggled for a few weeks after and that’s why I wanted the goal of Des Moines. I then wasn’t sure whether to carry on racing but my appendix [it needed removing] solved that for me.  Then I went to Brazil for a bit of a holiday and by the time I’d done a load of commercial stuff for sponsors it was the best thing in the world to get back to training again.

TH: Was competing in the 5150 Hy-Vee race in Des Moines, Iowa [Alistair blew up on the run and jogged in to finish 14th] a mistake?

AB: I don’t know. I think I got a bit unlucky. I wasn’t quite as fit as I was at the Olympics but I was still going ok. I think combination of not being 100 per cent and the heat was a bit too much.

TH: How has the winter treated you?

AB: I’m not in an air-boot and I’m not on crutches. I just had a bit of a sore knee – so that’s a result! I’m absolutely fine now but took a couple of weeks off over Christmas.

TH: So have you changed your training and dropped the intensity of the running?

AB: I’ve not really changed it as such. I had slightly different view on it. Preparing for this race I rode a bit more and haven’t run as much as I do normally, but after this I will put the mileage back on and try and get fit for San Diego.

TH: You have said you cannot do another four-year cycle as you did into London. Does this still hold?

AB: It’s stressful coming back from injury all the time, I can’t do it like that again. Trying to remain injury free is very important to me. Anyway, whatever happens, I am never going to get the next Olympiad to pan out exactly the same.

TH: What are your thoughts on the 1.5km swim, 100km bike and 10km run Abu Dhabi International Triathlon coming up?

AB: The whole point of going to this race is to have a different goal. It gives me the stimulus to prepare for something different and that’s worked nicely. It’s early in the season, but I feel like I’m in good condition to go and race and enjoy doing something longer. 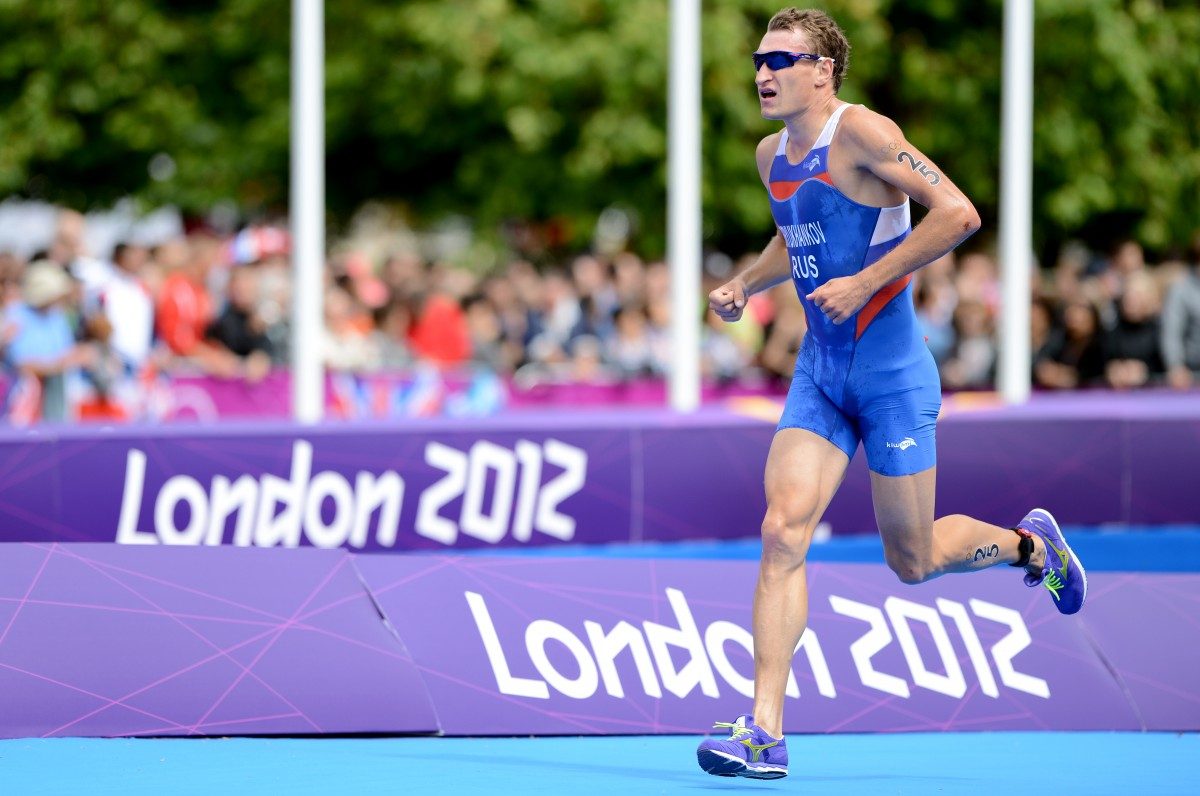 TH: With the exception of Alexander Bryukhankov (pictured above), who I believe you have only just found out is racing, there are almost no elites competing over the short course. Will it change the race for you?

AB: I knew there would be someone racing, I just didn’t know it was him! It’s quite good, I’m kind of glad about it. When I won the world junior champs in 2006 he was racing then. I think he’ll swim fast and I’ll just be able to hang in. I’m not sure what his pacing will be like on the bike. I think he’ll go out quite hard, but we’ll see after that.

TH: Have you still got a 10km planned for later in the spring?

AB: Yes, I’m looking into how I can do it. I need to get a couple in really. I’ll try one in America at around the same time as San Diego. There’s one in Stanford, which might be a bit early, and a couple more after that. Obviously I need to run some times. They [England Athletics] haven’t published their selection policy yet, but it’ll be 28mins 40-50secs or thereabouts. I’m pretty sure I can run that, but it’s more the case of what other people do. If you get Mo Farah and Chris Thompson, there’s probably a third person who can run faster than I can. It’s more about what other people can do.

Th: And finally, how’s your brother?

AB: He’s good. He’s had a little bit of a niggle, but his training well now. It’ll be good to go head-to- head in the World Series, but, as we know, anything can happen in the next couple of months.