American continues to dominate Triathlon’s World Series over sprint distance in Hamburg, but she was pushed all the way by the brilliant Brit Vicky Holland.

The unstoppable Gwen Jorgensen captured her 11th consecutive WTS Series victory at the world’s biggest triathlon in Hamburg today, but didn’t have it all her own way as she was forced to make a sprint finish to break away from Vicky Holland. Jorgensen’s margin of victory was just 3 seconds.

In warm and sunny conditions, 66 elite women leaped off the pontoon to begin a fast and furious 750m swim – the water was a balmy 22 degrees, meaning wetsuits weren’t necessary.

Carolina Routier (ESP) led out of the water in 9:43, with Brit Sophie Coldwell emerging close behind in 4th, starting impressively as she did in Hyde Park last month.

The relentless Gwen Jorgensen (USA) made the front pack and a large group of 13 formed after the first lap of the bike, including her fellow American Sarah True. Vicky Holland and Non Stanford were also up there, pushing the favourite Jorgensen every step of the way.

Jodie Stimpson found herself down from the front pack after a disappointing swim, but was pushing the pace and had closed the gap to 23 seconds by lap 3 of 6 on the bike – however Stimpson’s bike was shunted in the back wheel by another athlete and the bike’s back derailleur ceased to work. Frustratingly Stimpson had no option but to withdraw from the race.

Katie Zafires (USA) wasn’t in the front pack as has been usual this series, and instead headed the chasing pack going into the last lap of the bike at 20 seconds down.

Going out onto the run, Vicky Holland and Non Stanford both surged to the front, With Jorgensen taking her time and lingering behind. Sarah True, Rachel Klamer (NED), and Laura Lindemann (GER) made up the front group.

It didn’t last for long, and Jorgensen made her move after 3km of the run. Vicky Holland bravely went with her with Stanford and True left trailing. The other early front-runners slipped down the pecking order, and Vicky Holland continued to take on Jorgensen with less than a mile to go.

Jorgensen was visibly working far harder than in her other victories this year, and made a surge just before she reached the mat with Holland. She pushed the whole way and made numerous glances behind her, not slowing down until she broke the tape. 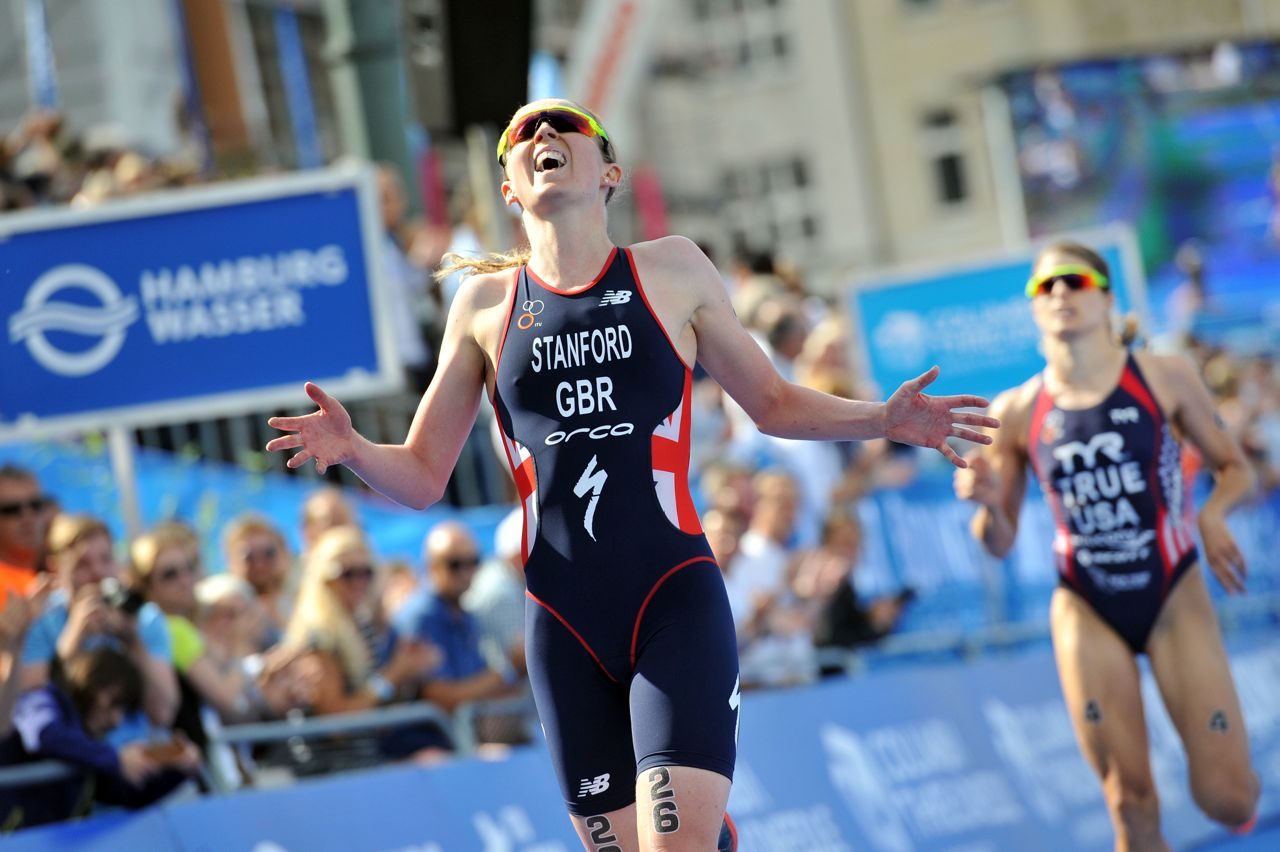 Non Stanford made it clear her injury worries are behind her, taking 3rd place ahead of Sarah True.

Can anyone stop Gwen Jorgensen, and how promising was Vicky Holland’s performance for Rio 2016? Let us know in the comments!