Ahead of the 25th BallBuster this weekend, we speak to veteran coach and athlete Mark Kleanthous about how the race has changed over the years, and ask what advice he has for athletes racing this weekend.

This year’s Winter BallBuster will be held on Saturday 8 November at Box Hill in Surrey. 220’s Matt Baird will be there to gambol his way through the five-lap circuit, if you see him say hi!

Take us back to 1990, how did you learn about the first BallBuster?

There weren’t many triathlons around back then, it was like a secret society. You found out through word of mouth or through a tannoy announcement at a previous event. You would write it down, and use the standard entry form out of a running magazine. You’d send off two stamped addressed envelopes to get your race number and results back in the post. 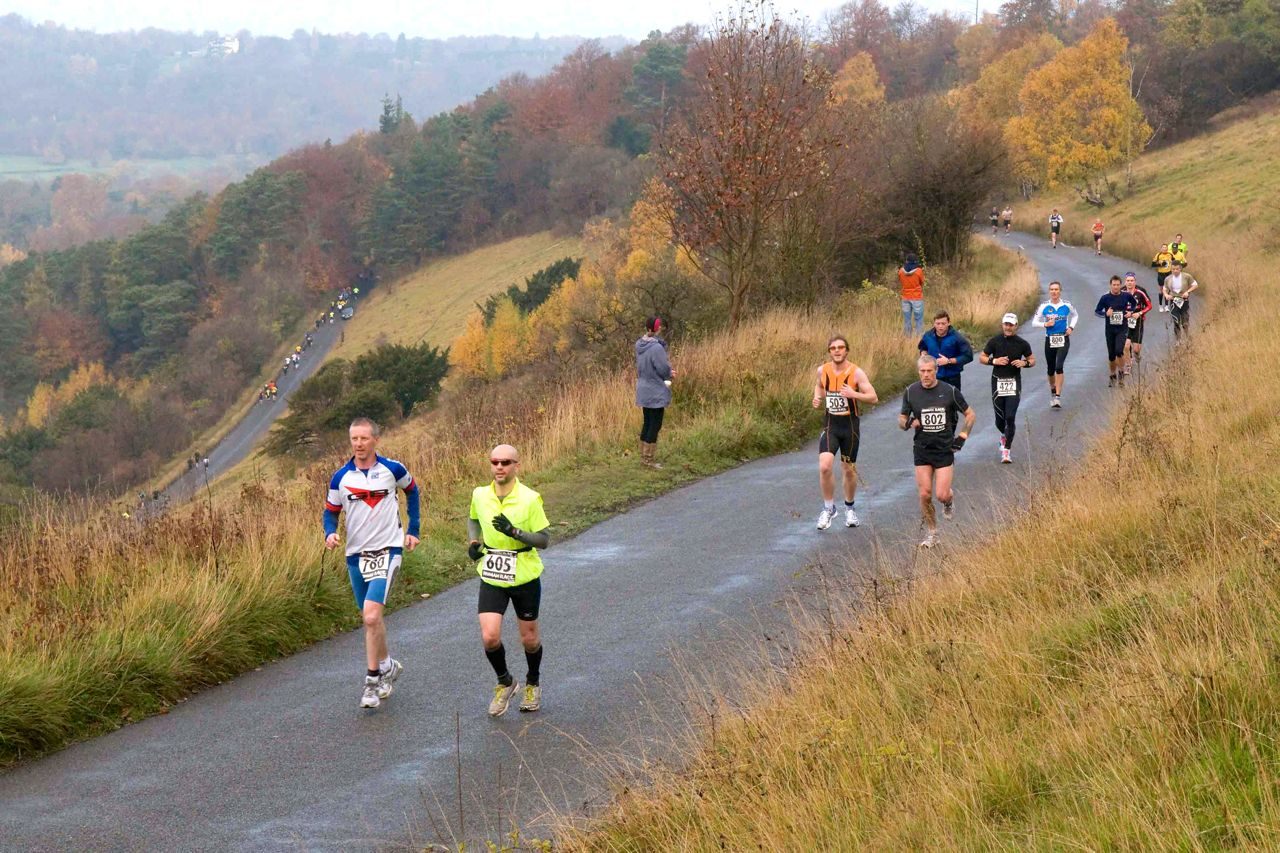 Why did you take part?

The name stood out, I thought ‘that sounds pretty tough’. That’s a macho thing to say, but I thought it sounded like a proper challenge. 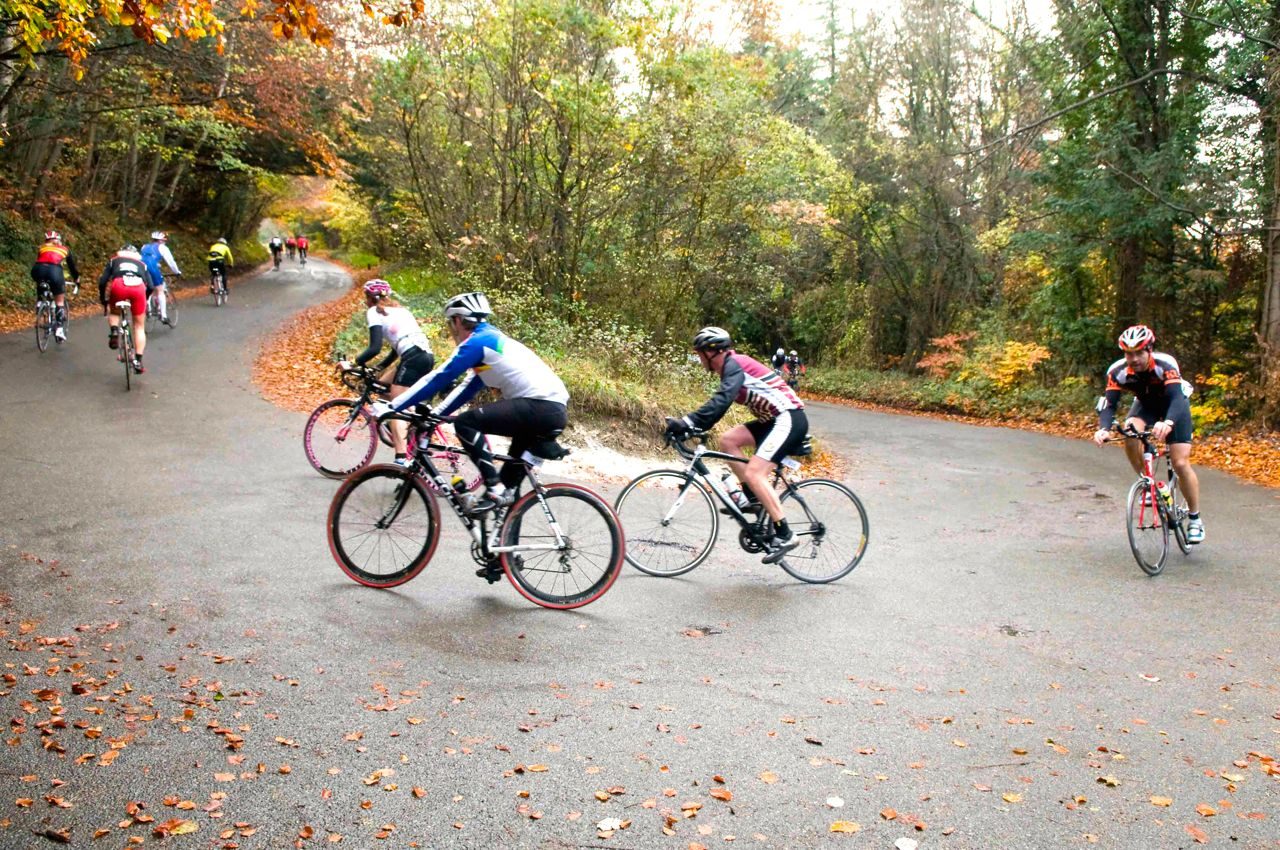 What makes BallBuster different to other duathlons?

Normally at a duathlon you spend as much time, if not more time, cycling. At BallBuster a lot of the time is spent running, normally it’s 80% cycling at a duathlon, but this is nowhere near that.

The original BallBuster route only had two loops on the bike (it’s now three!), so it was even less time on the bike. That suited me as I came from a running background. You didn’t have to do too much before the start as you could use the first running loop as a bit of a warm up. 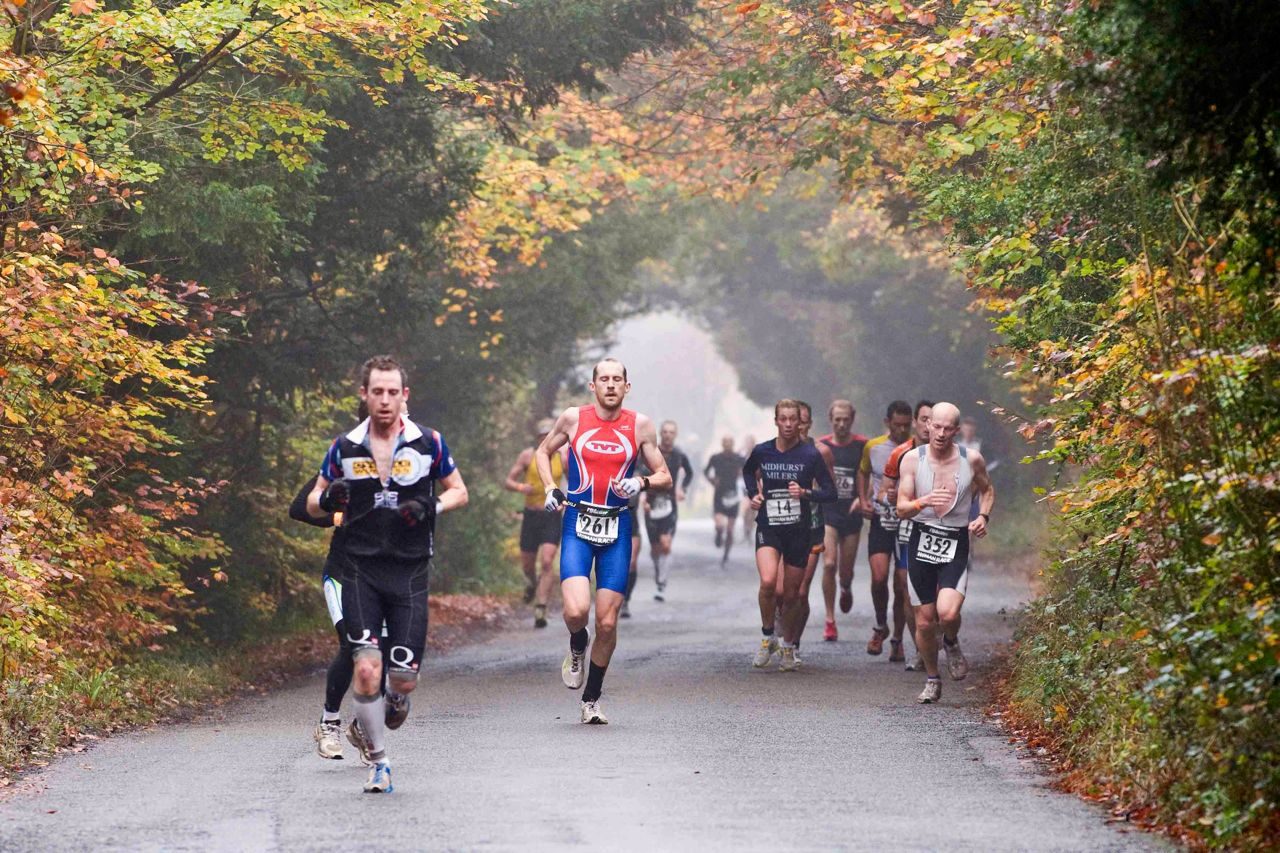 What’s changed over the years?

The location of the first BallBuster was slightly different in 1990 as there wasn’t many of us taking part. We used to start at the bottom of Box Hill at the Cafe rather than at the top. Nowadays you can read review websites, speak to people online, look at sat-nav data etc. Back then it was into the unknown. 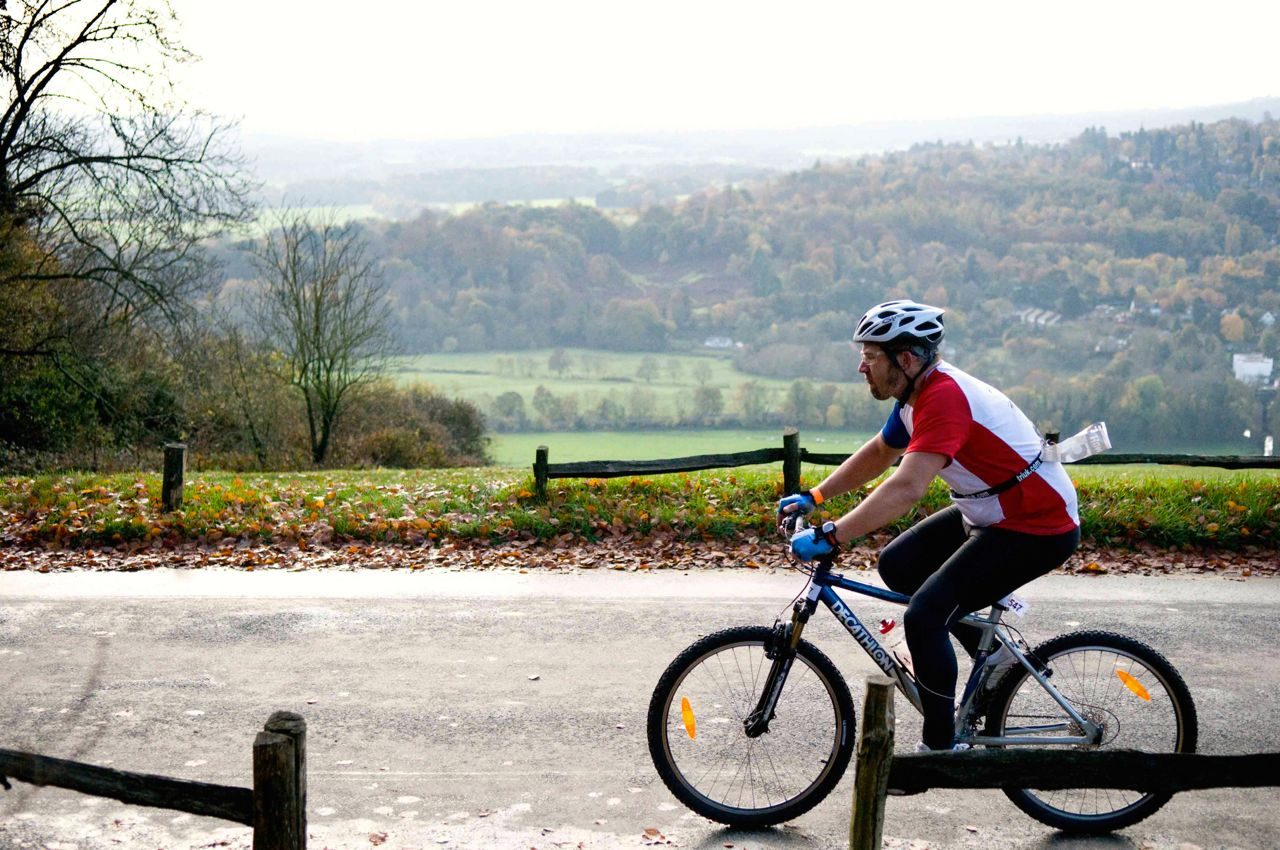 What advice do you have for anybody taking part for the first time?

Treat it like a marathon, typically most people are fairly balanced at both events, they are likely to take a similar time to what they would complete a marathon in. The second run section of the BallBuster is going to feel like the last eight miles of a marathon.

When I’ve been at my best the second run has always been within two or three minutes of my first run. It’s all about pacing yourself, treat the first run like a half marathon. That way you get less fatigued. Tactically get most of your nutrition in on the bike. The last one and a half miles are a climb, so get lots of nutrition in so you have time to digest it before that last section. 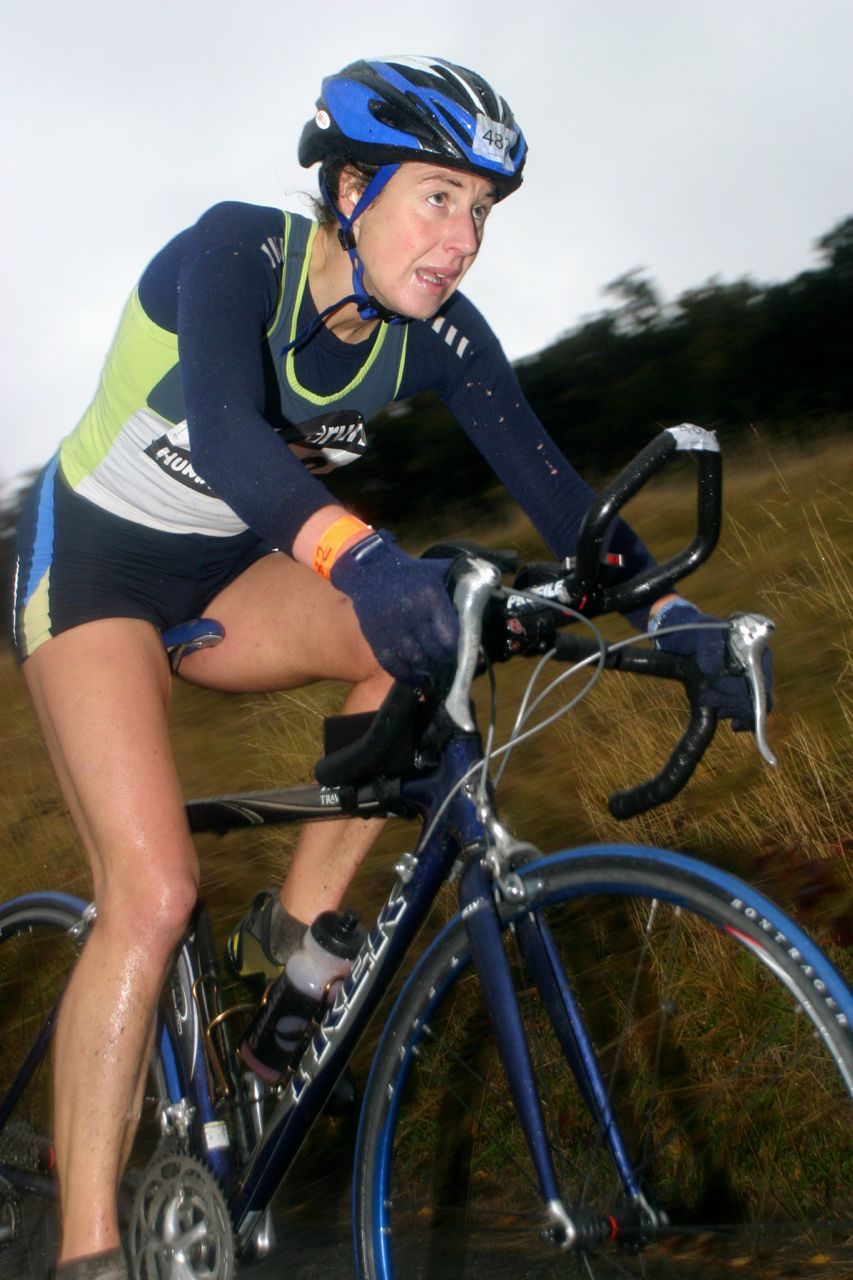 Will you be at BallBuster 50?

I don’t see why not, that sounds like a bit of a challenge. I ran in the first London Marathon in 1981, and my teacher said I would never do another one. I’ve done it eight times since then, and plan to take part for the 35 anniversary, so I can’t see why not. I’d certainly win the age group category as I will be nearly 80! 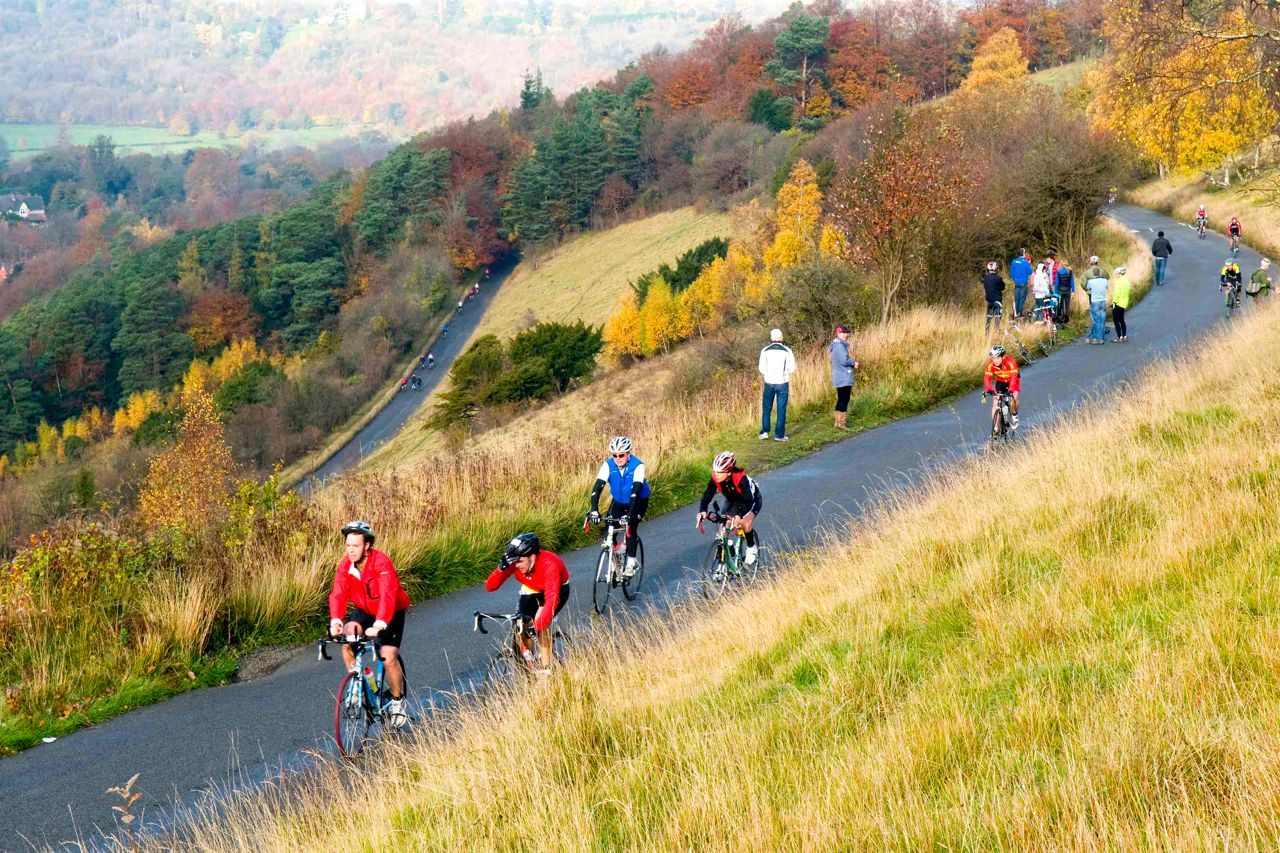 Are you racing the BallBuster this weekend? Let us know in the comments below!