With no previous triathlon experience, newcomer Gary Smith had the odds stacked against him when he entered Challenge Barcelona 2013.

But he had a strong trump card up his sleeve – he was part of a group of nearly 80 athletes picked by UK lecturer Dr Justin Roberts to undergo an intensive training regime for their first-ever long-distance triathlon.

So, first the big question…

220: How did you do at Challenge Barcelona?

Gary: I finished! It was a very long day at the office and the conditions threw me some curve balls along the way, but I was mentally prepared for what the day could bring.

I came stone-cold last with a time of 15:46:34, but considering I was in position 866th out of an advertised 1,300 age group starters, it could have been worse.

Being last was a special experience – as the last person on course, I was escorted by three triathlon officials on bikes for the whole of my last lap, and when I ran into the stadium for the final time, “Eye of the Tiger” was blasted through the speakers.

All the time I was being filmed by the M1TV crew, who had filmed me earlier in the week about Harrison’s Fund and what drives us – they’d stayed out all day in rain and cheered me on every lap.

My friends, my fellow lab rats and complete strangers stood in the rain and gave me a guard of honour to run through – it was quite simply the most amazing experience I’ve ever had.

Were you happy with your performance?

Hell no! I had planned on finishing in around 13 to 14 hours, which – based on training performance and an earlier half – was entirely within my capabilities. But alas it just wasn’t my day.

I struggled with the current on the sea swim, coming out the water about 30mins later than anticipated, but I looked to recover it on the bike until a tropical storm hit towards the end of the second 75km lap.

At one point the water was over my pedals, I saw my speed drop to a mere 8kph in places and I was almost an hour slower on the bike than envisaged. 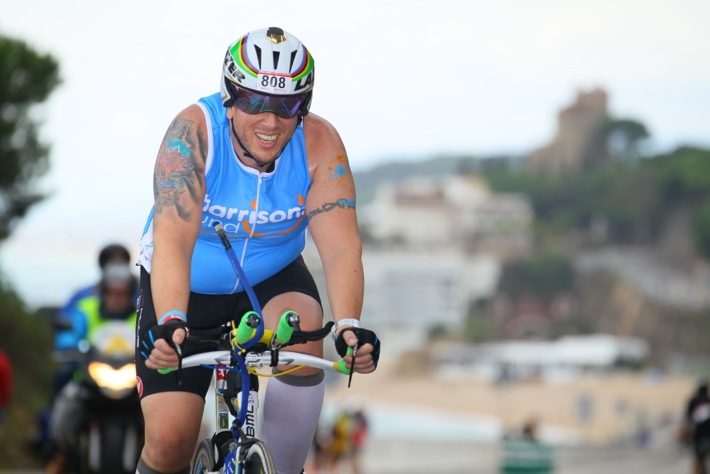 What were the hardest moments?

In the swim when I felt like I was going absolutely nowhere and I could see the time just disappearing and transition not getting any closer.

Also, when I arrived back in T2 and removed my bike shoes to investigate the damage, I realised that I had nine hours on the clock and that running a marathon was going to be highly unlikely. That was truly a “dig deep” moment.

I then remembered why we were doing this, and how lucky we are to have the choice to walk, and I got on with it. I pretty much walked 70% of the marathon to finish.

Did the training programme prepare you sufficiently?

Completely – not just physically, but mentally as well. The long days of training and having some “dark” moments during the year enabled me to carry on during the race.

Iron-distance racing isn’t just about the physicality, its about the mentality, and I would suggest it’s probably as much mental as physical.

I saw a lot of physically stronger athletes fail to finish, but that’s racing long – anything can and will happen, you need to be prepared – what will you do if it all starts to go wrong?

It was something that Dr Roberts emphasised from the very start, and without his wisdom and support, who knows if I would have been able to finish.

Are you going to do another long-distance triathlon any time soon?

When I crossed the finish line, the first thing I said to Alex (CEO of Harrison’s Fund and Harrison’s dad) was “Never Again”.

By the Friday it was only if I get really uber-fit next time and i’m not racing long in 2014. Then the following week I was searching the race calendar!

I’ve signed up to do the inaugural Challenge Weymouth, along with some of the guys from the university study, and will be racing under the banner of Harrison’s Racing. 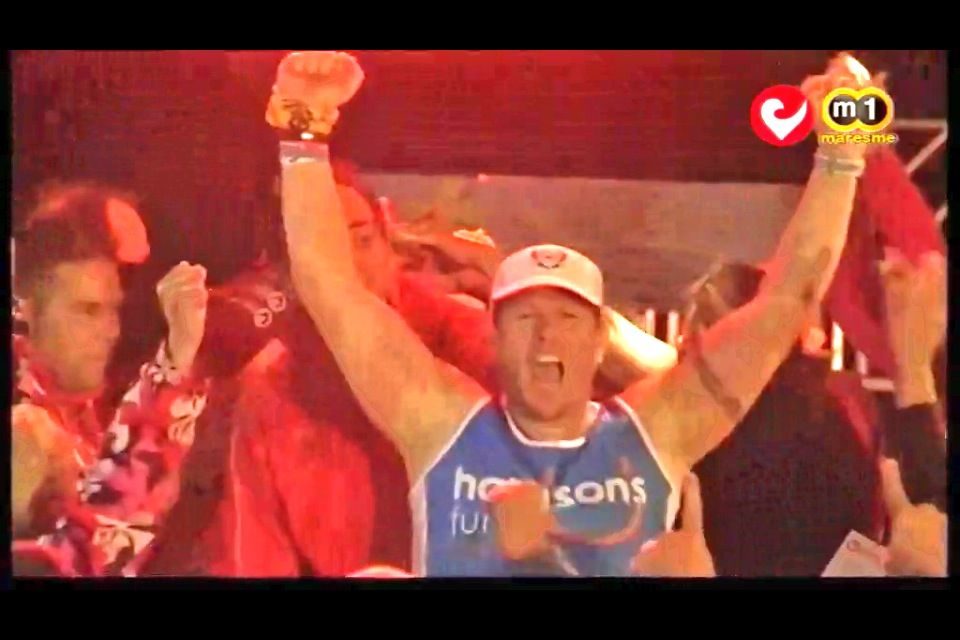 London Triathlon: Helen Jenkins ‘had a bit of aggression to let out’