Olympic gold medallist discusses Glasgow 2014, how his relationship with Jonny has changed since they stopped living together – and where he keeps his gold medal

We chat to Britain’s Olympic gold medallist about who he wants on the English men’s team at this year’s Commonwealth Games, how the sport is doing at a grass-roots level, and how his dynamic with younger brother Jonny has changed since they stopped living together.

To listen to the full interviews with Alistair and Jonny, check out our latest podcast here. The latest issue of 220 Triathlon magazine features lots of advice from the Brownlee brothers on how to bike faster, and the digital editions include bonus videos with the two athletes discussing their current bike set-ups – more info here.

220: What do you make of the ITU’s new six-race format for this year’s World Triathlon Series?

Alistair: I think it’s fantastic to have different venues, though I don’t think it should have gone up to being a six-race series, I think that’s too much. I think it would be best to have five races and the final, with four of them to count. It’s hard on athletes’ bodies and it’s probably a bit biased towards people who are from countries that can afford to travel to these places.

How has your training and race focus shifted this year for the Commonwealth Games?

The Commonwealths are the big important thing, and it’s shifted a little bit but there’s not really a massive amount you can do. I still need to get these World Series races in, I planned on getting a good run into the Commonwealths where I can get some good training in, and some time away from racing, and hopefully that will still work out.

Who would be your choice for the third spot on the English men’s team?

Obviously I would like to have someone who would aid and assist Jonny and me in winning medals. I think it’s possible to get a younger guy up there who can provide that for us, and I hope similar to the Olympics he can have that attitude that it’s about winning medals that’s important, and not just picking people to take part.

Should be an easy race for the English men’s team? 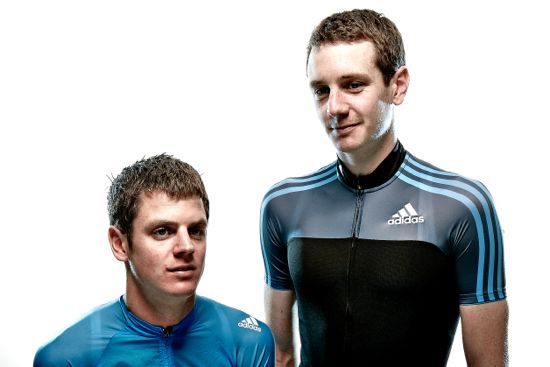 You’d hope so, we’ve got two very, very good medal chances, and if you aid that medal chance a bit then you just increase your chances of winning medals, and winning two medals is a fantastic achievement. We have a fantastic opportunity to do that, and hopefully the selectors will see it like that.

Who’s your money on for the women’s race?

I think it will be very interesting, it will be very different the women’s race, because the field’s so small and because of the women in it, and I’d really like to see it broken up and turned into a proper triathlon race, which I think it could do. It could be a really interesting dynamic between Helen [Jenkins] pushing the swim and bike on, Jodie [Stimpson] doesn’t swim so well necessarily, but she did probably the best bit of cycling tactics I’ve ever seen in women’s triathlon in Auckland, and Non [Stanford] obviously is coming back from injury who is a brilliant runner. It should be a really interesting race.

Are the BTF doing enough to boost performance at the grass roots level?

I think, from what I’ve seen of grass roots triathlon, at the bottom level it’s there, we see participation in kids triathlon going well […] The difficult bit is turning one of those eight-year-old kids into a good athlete – and on a wider scale it doesn’t really matter if we do, I think what really matters is that we encourage these kids to be outside and active and enjoy themselves – but if we’re looking at producing future world and Olympic champions it needs to be something a lot more than taking the sport into schools, it has to come down from coaching, from people who genuinely know how much training it takes.

I’m absolutely sure that being 15, 16, 17 years old is probably the most important years of your training career, and if you’re not doing good hours of aerobic training then you’re losing an opportunity that you don’t ever quite get back.

Is there enough funding in the sport?

I think funding is a big part but I also think that really great athletes and coaches succeed without funding, they’ll find a way to succeed. It’s getting that balance right between funding and overfunding, and overcomplicating a system, kind of introducing some inconsistency and complacency with how you spend it, rather than actually at 16 you should be going out doing some hours, enjoying training. That’s the most important thing, rather than learning about psychology and training diaries, which is what happens if you overdo it a bit sometimes.

How has the dynamic changed with Jonny, now you don’t live together?

Where do you keep your Olympic gold medal?

Who do you think will be the third pick for the English men’s triathlon team at this year’s Commonwealth Games? Let us know in the comments below!

For lots of exclusive advice from both Brownlees on how to bike more strongly this season, pick up a copy of 220 Triathlon magazine’s issue 300 – on sale now
Advertisement

Subscribe to the mag before the end of June 2014 and you’ll receive a free Huub transition bag worth £69.99 – more details here