American bike giant Trek groups its carbon-framed Silque range of women-specific bikes into Performance and Endurance categories, suggesting machines that can be comfortable during long days in the saddle can be fast as well.

How do they fit into this dual role? Well, a big part of the range’s comfort is down to the IsoSpeed decoupler – essentially a pivot that allows the seat tube to flex (as seen on Trek’s Domane bikes) – while the sub-8kg weight coupled with the wide and stiff BB90 bottom bracket means there’s still plenty of go for when you’re late for tea.

There are five models in the Silque range, starting with the £1,400 Shimano Tiagra-specced, no-extra-letters Silque and rising to the £4,700 Silque SSL that runs on Shimano’s electronic Ultegra Di2 groupset. 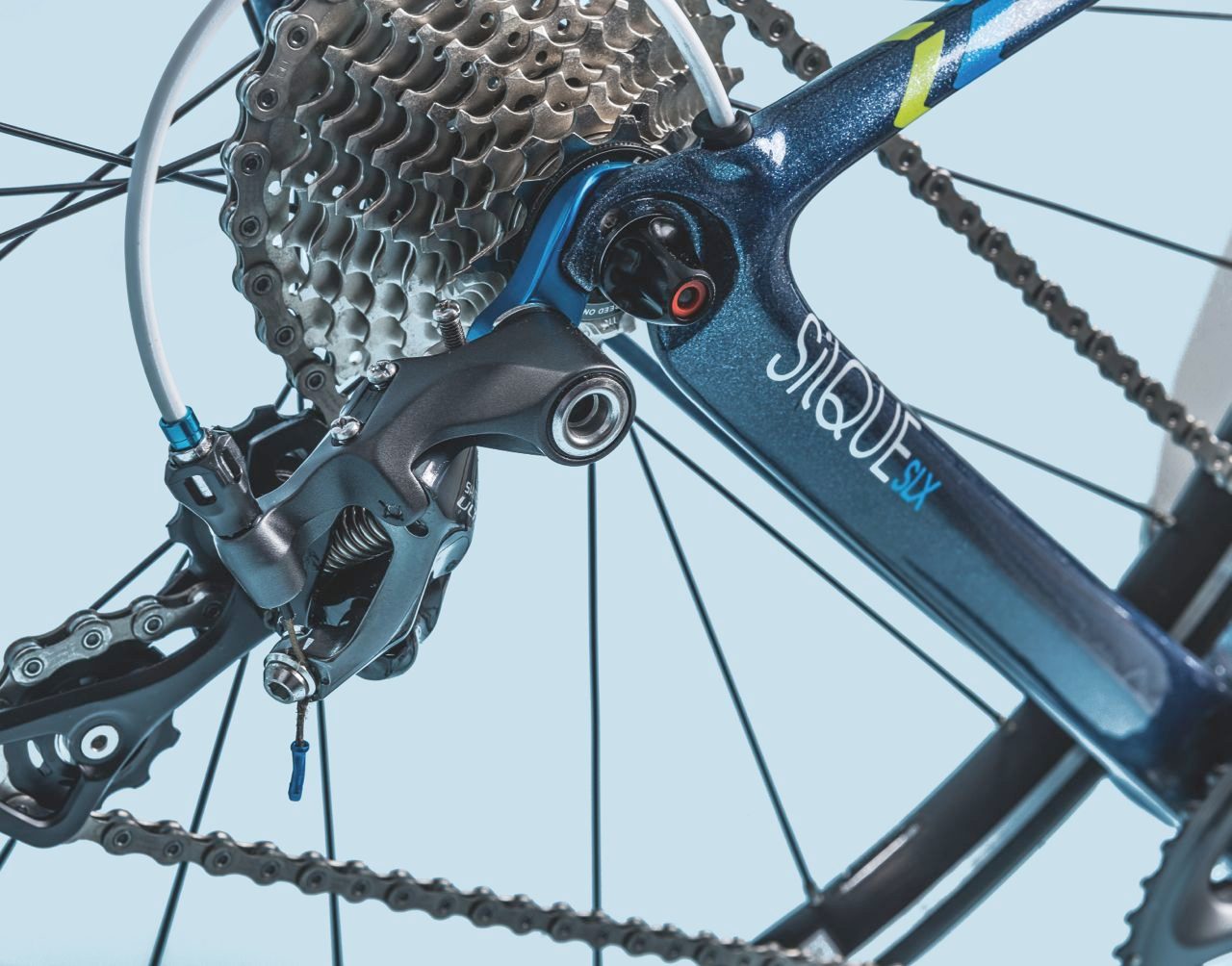 This SLX sits one rung below the range-topping SSL and gets a mechanical Ultegra groupset and 600-series OCLV carbon frame (a higher-grade of carbon than the £2,200 Silque SL). The fifth model in the range is the £1,700 Silque S, that pairs the 400-series frame with a Shimano 105 groupset. (The SL and SSL are also available as customisable Project One options, should you so desire….)

Better at the back

The SLX test model arrived with a couple of spacers under the handlebar, adding about 25mm to the height, which suited our tester’s preference for comfort over speed. But it’s likely this raised front-end contributed to the slightly nervous, almost twitchy feeling on descents, which was compounded by the bike’s light weight and 23mm tyres.

We did wonder about the tyres. Why go to the lengths of having an IsoSpeed decoupler (and handlebar with integrated gel pads) for comfort, then spec 23mm rubber, when 25mm tyres (as found on the three cheaper models) are generally accepted as being faster and more comfortable? 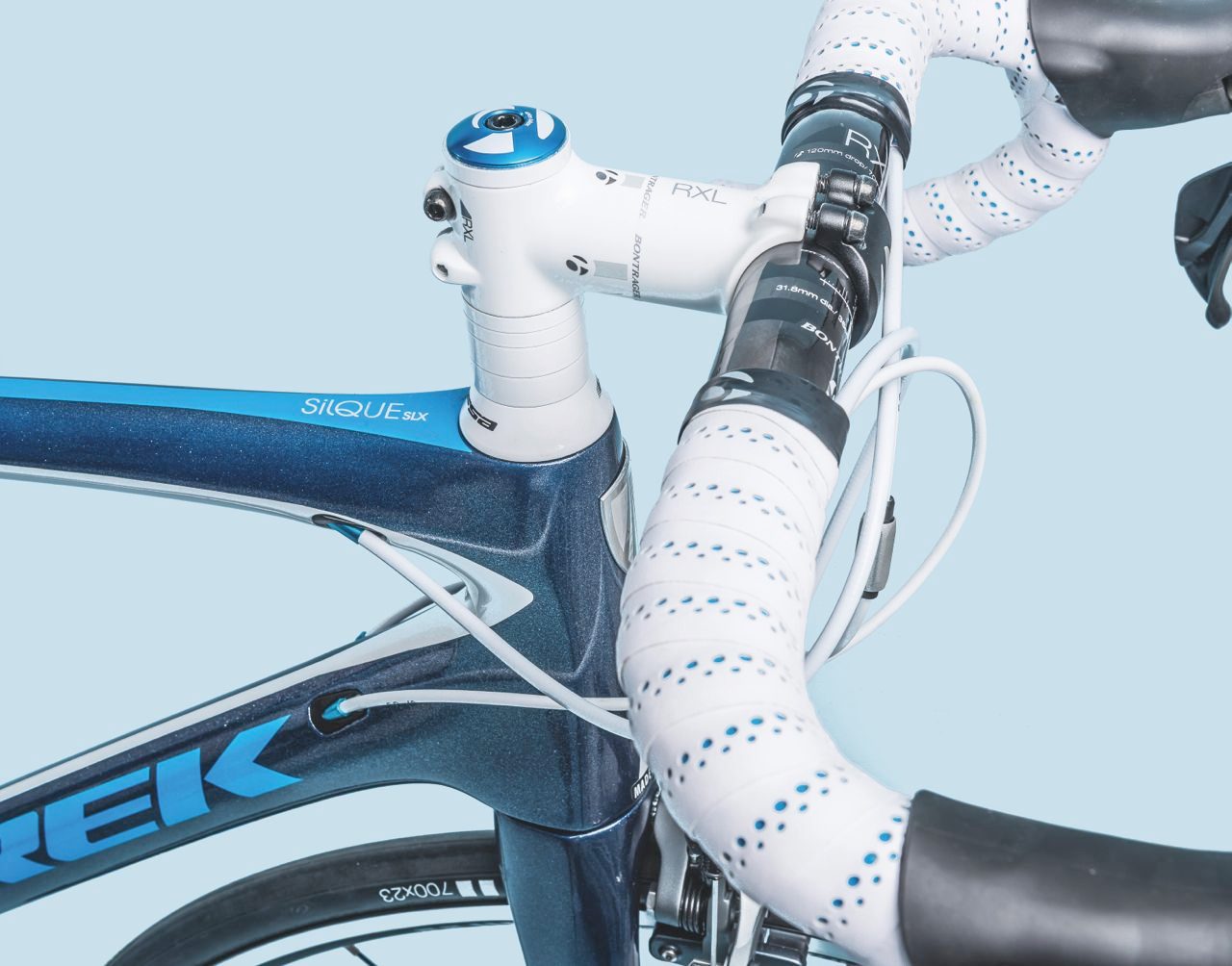 The comfort of the Bontrager bars is boosted by cushioned IsoZone pads, but road vibrations were still felt by our reviewer

This became more of an issue when trying to get the front end to match the rear for comfort. That IsoSpeed pivot removes most road buzz at the back, but even with the bar’s built-in IsoZone ‘pads’ our hands were tingling after less than an hour’s riding. Reducing pressure in the front tyre seemed to help, though it could have been psychological.

On climbs, the Silque’s light weight is your friend, with the compact chainset (50/34t) and 11-28t cassette providing a low enough bottom gear for most terrain. That same low weight is an ally on the flat, too, and the 50 x 11 top gear means you can zip along at pace. 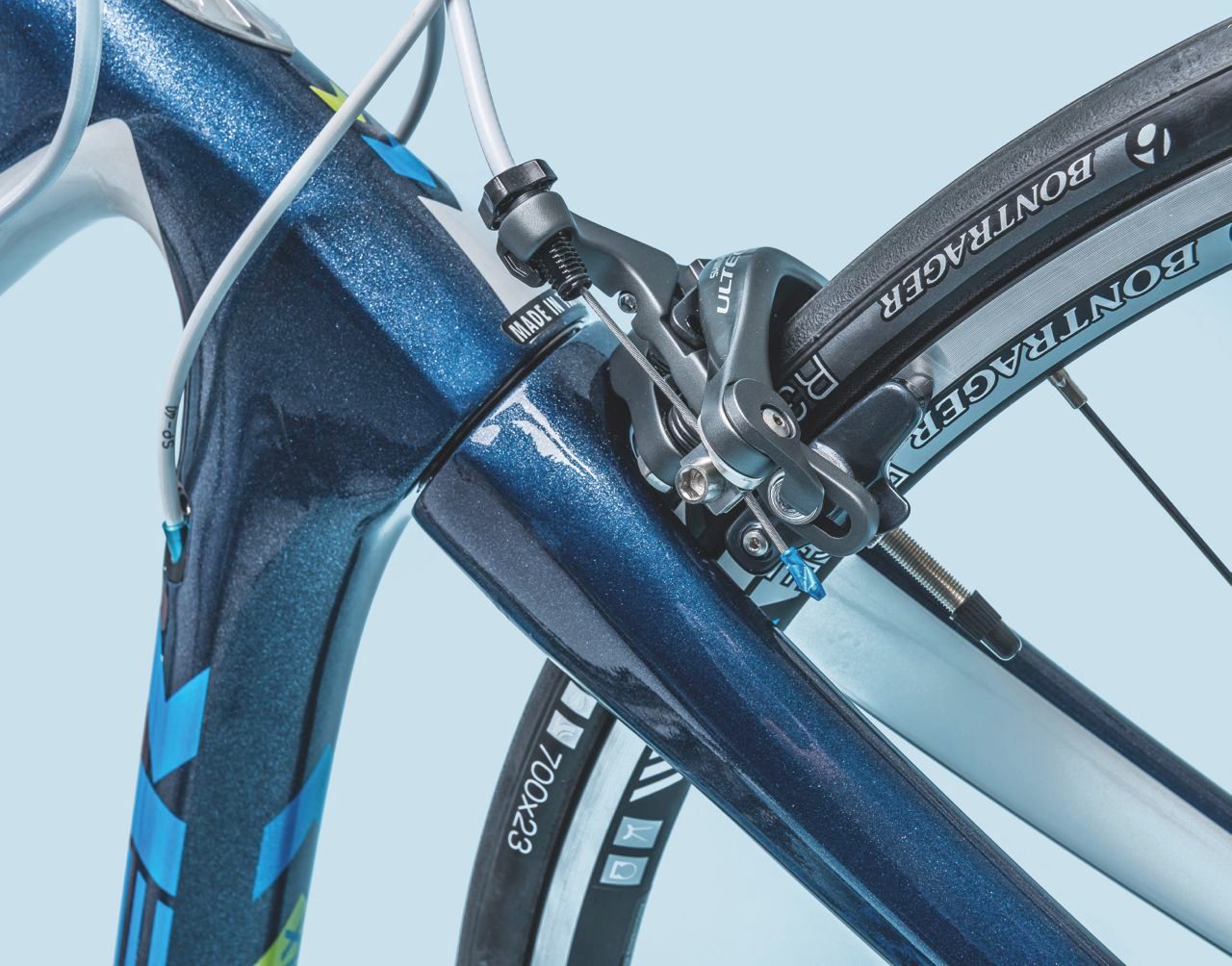 Shimano Ultegra brakes provide sharp performance in the dry, but are a little laggy in the wet

When it comes to slowing down, everyone’s talking about disc brakes, and though the Silque’s Ultegra callipers work superbly in the dry, on wet days you do need to give them a bit of notice.

The Silque SLX is also a rarity among women’s bikes in that it bears no pink. Its blue and white livery not only doesn’t offend, it’s also pretty classy, though that white bar tape isn’t destined to remain so for too long….

Verdict: Plenty of comfort and speed in a package that’s possibly classier than it needs to be, 80%