All the bikes in Quintana Roo’s Shift range, of which the CD0.1 Ultegra is part, are characterised by full-carbon, asymmetrical frames.

The differences between the range’s drive- and non-drive sides are most obvious on the new PR6 (with its little and large chainstays) and the Illicito (with its single seatstay). But the differences on the CD0.1 bikes that make up the rest of the Shift family are a little harder to spot.

The CD0.1 bikes all have a full complement of matching (visibly, at least) chain and seatstays. But look at the bikes from the front and you notice how their down tubes swoop towards the chainset. The tube is straight but its profile is altered along its length to give it a 18mm bias to the driveside. Quintana Roo claims this offset draws 85% of the air coming off the front wheel over to the non-drive side where the airflow isn’t disturbed by the chainrings, mechs and cassette. 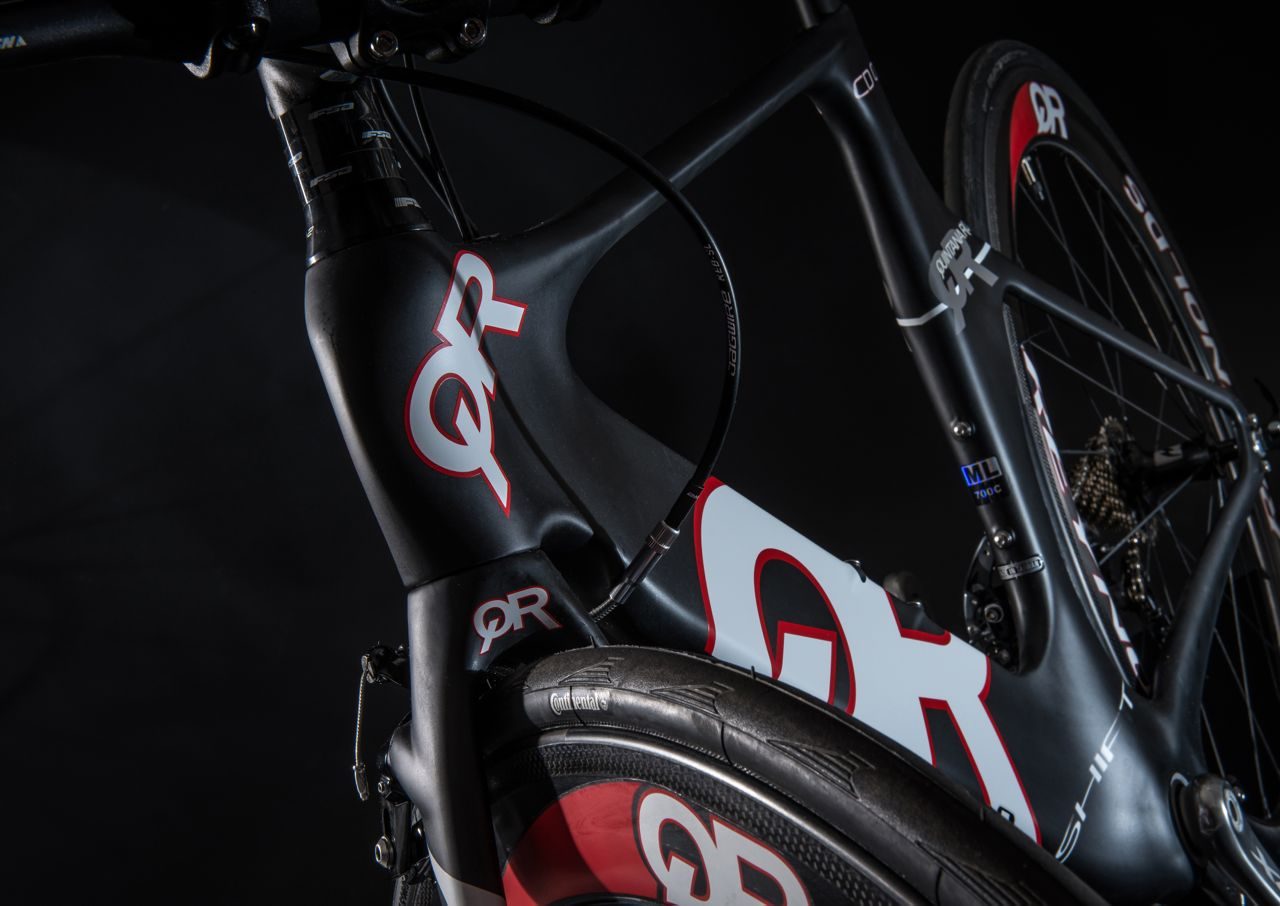 It may be possible to quantify the benefit this provides in a wind tunnel but, out on the road, it’s difficult to appreciate. What very quickly becomes apparent, though, is how enjoyable the CD0.1 Ultegra is to ride. Like any full-on aero tri bike it pitches you forward over the front end but manages to do so without compromising on comfort or handling. It’s forgiving over rough tarmac, it’s nimble through corners, it’s composed in crosswinds, it accelerates almost effortlessly and it feels like it could cruise forever without losing any speed.

While the CD0.1 frame is responsible for much of the bike’s performance, equally deserving of credit are the Reynolds Strike wheels it rolls on. The 62mm full-carbon clinchers are fantastic. Despite their deep sides, the wheels are stable enough to almost shrug off side winds. You’re aware of gusts blowing against them but it only feels like something leaning on you rather than suddenly snatching at the steering. 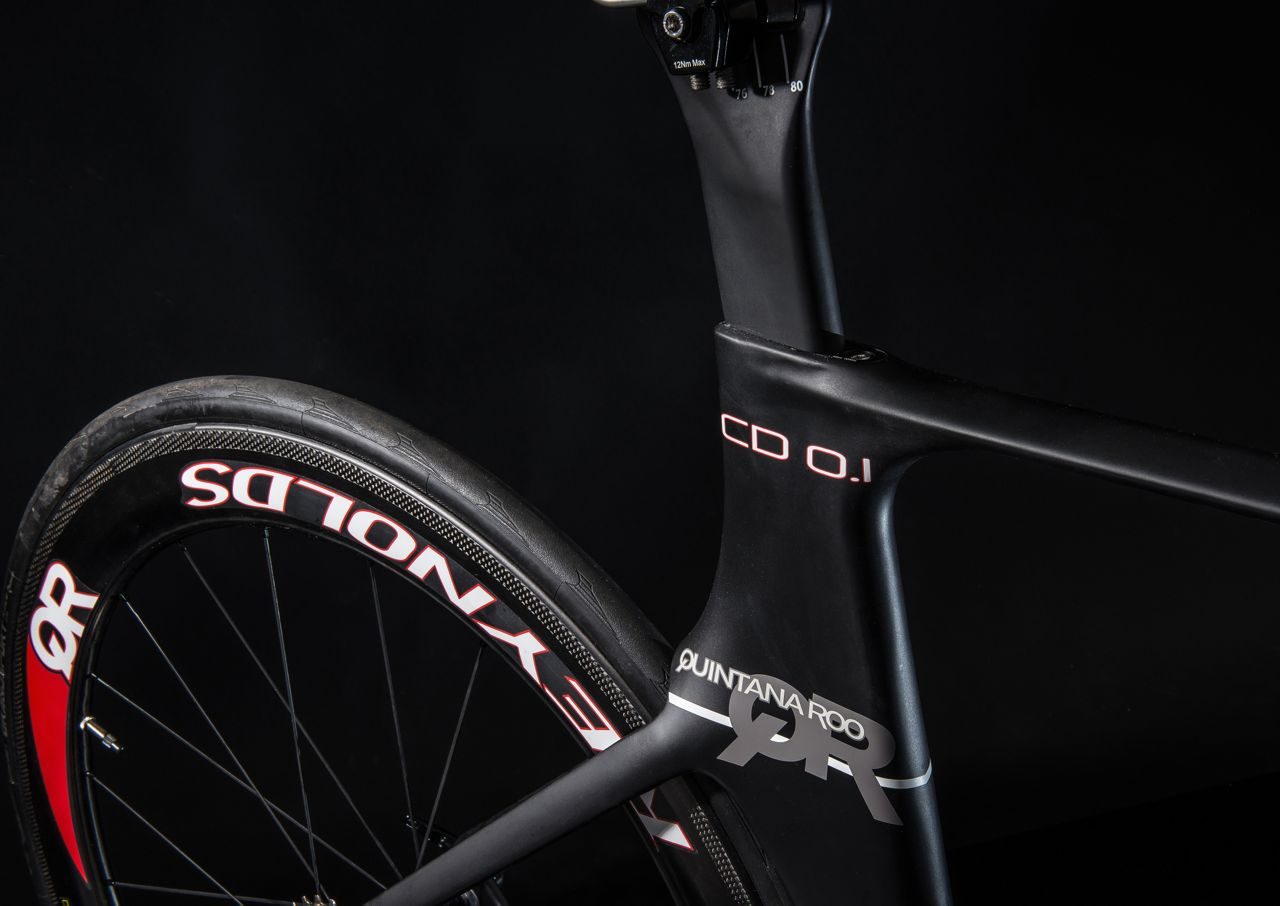 But it’s the braking where the Strike wheels really shine. Full carbon wheels have developed a reputation for ‘all-or-nothing’, grabby braking and, to a greater or lesser degree, most of them live up to it. The Strike wheels, however, do not. What you get instead is smooth, progressive braking that lets you control your speed precisely (even though it makes a sound like the car from the Jetsons). Rather than the vague braking typical of many carbon rims, the Strikes provide a similar sort of feel to what you’d expect from aluminium rims.

Braking power is supplied by TRP levers and U-brakes hidden behind the fork and beneath the chainstays, but the drivetrain, aside from the Vision Trimax chainset, is 11-speed Ultegra. Profile Design furnishes the cockpit with an aluminium stem, base bar and extensions, while an ISM Adamo saddle provides a perch that’s considerably easier on your undercarriage than it is on the eyes. 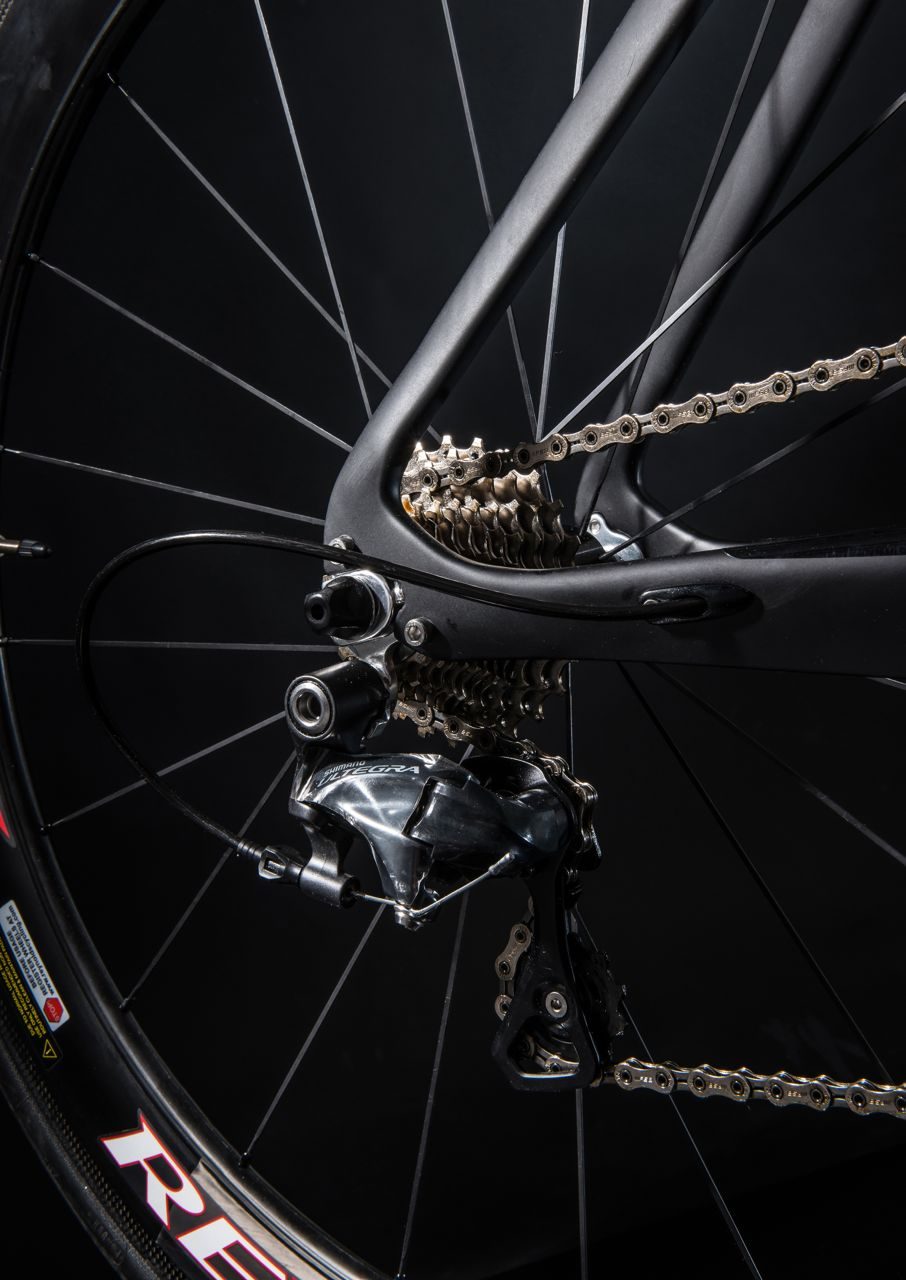 All of which adds up to a great package. But as impressive as the CD0.1 Ultegra is on paper, its performance on the road is where it earns the most admiration. It’s a consummate tri bike: comfortable, responsive and fast. There may be scope to upgrade the components, but there’s no real need to – the CD0.1 is first class as it is.