What’s missing on the Vitus Energie VR is as interesting as what’s present. The first thing you notice – largely thanks to the ‘Frankenstein’s elephant’ appearance of the hoods and levers – is the presence of SRAM’s hydraulic disc brakes.

Due to being lighter and less prone to getting clogged up with mud, single-ring set-ups have long been an attractive option for cyclocross racers. The only things preventing them from more widespread adoption are the relative lack of gears and chain security. The arrival of 10- and 11-speed cassettes dealt with the first issue and although chain guides and catchers take care of the second, you’ll notice that the SRAM Force CX1 drivetrain on the Vitus Energie VR has neither. And that’s because of some clever features designed into the chainring and rear mech. 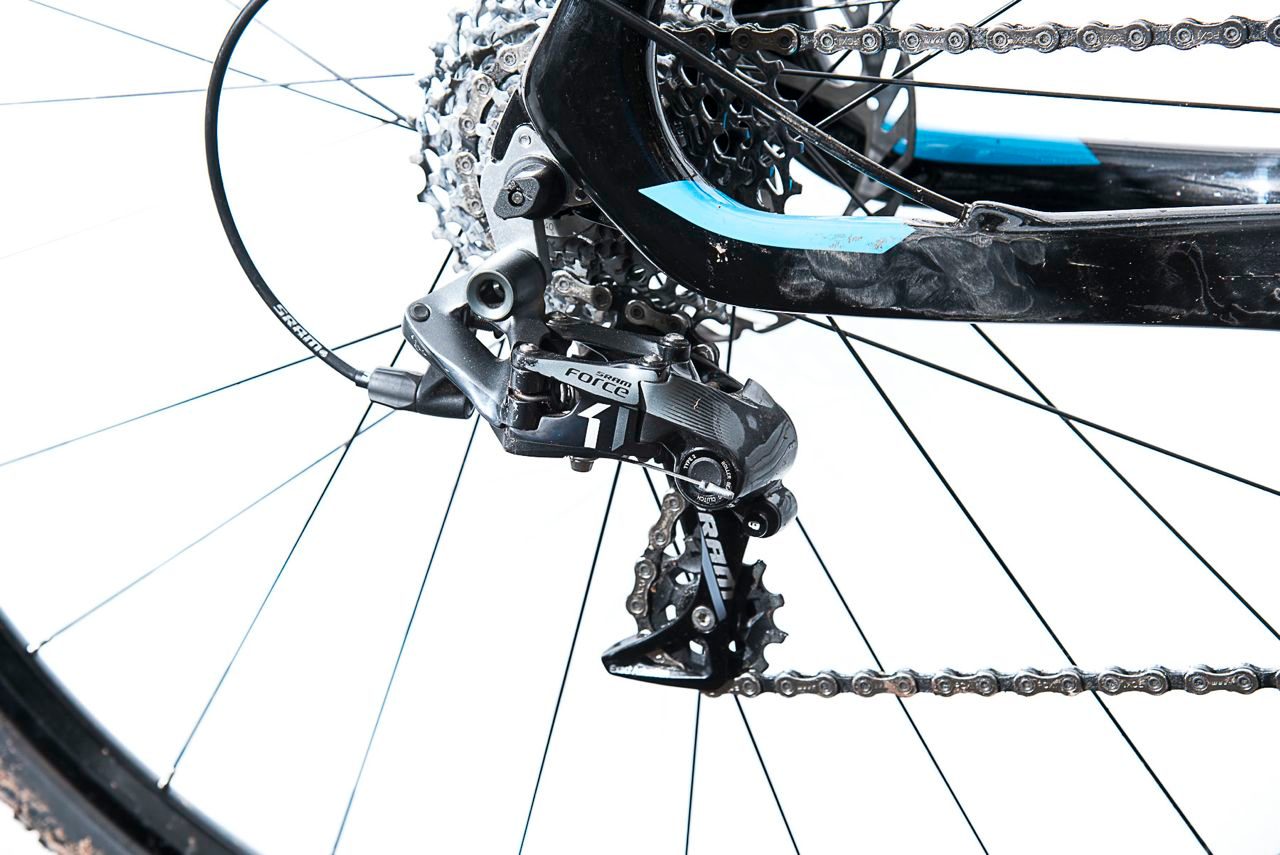 To help the solitary ring keep a firm hold on the chain whatever angle it’s at, its teeth are about a millimetre taller than usual and are alternately wide and narrow. The rear derailleur also has a clutch mechanism to keep the chain under tension.

Thanks to the Force CX1 groupset, the Vitus Energie VR stops and goes very well. Its hydraulic disc brakes had plenty of power, but enough control to prevent them being grabby and pitching you over the bars, while gear changes had SRAM’s familiar positive feel – as smooth as Shimano, with the purposeful noise of Campagnolo. Best of all, the quirky teeth and clutch combo kept the chain and chainring in constant contact however rugged and rocky the trail got. 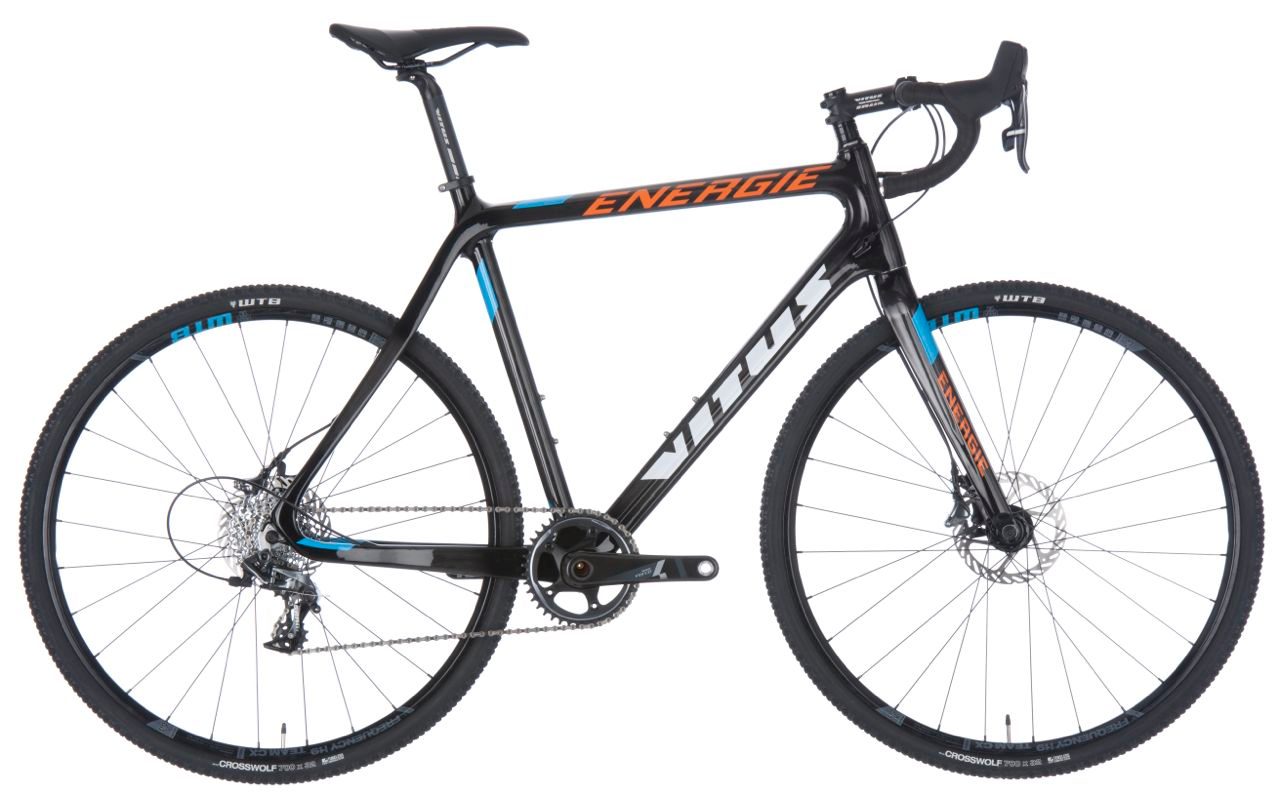 Perhaps the most impressive effect of the CX1 derailleur, however, is how quiet it makes your ride. With the clutch keeping the chain under control you don’t hear the clatter and rattle of it slapping against your frame. Were it not for the shifter’s clicks and the chain snicking up and down the cassette, the drivetrain would be almost silent.

All of SRAM’s components hang off the Vitus Energie VR’s full-carbon frame, which is a muscular-looking mix of swooping curves, grooves and bulges. It’s a pared-down cyclo-cross racer and it has the stiffness you would expect from such a bike, while still tipping the scales at a svelte 7.6kg. But despite its light weight and rigidity, the Vitus isn’t able to translate them into a particularly exciting ride. 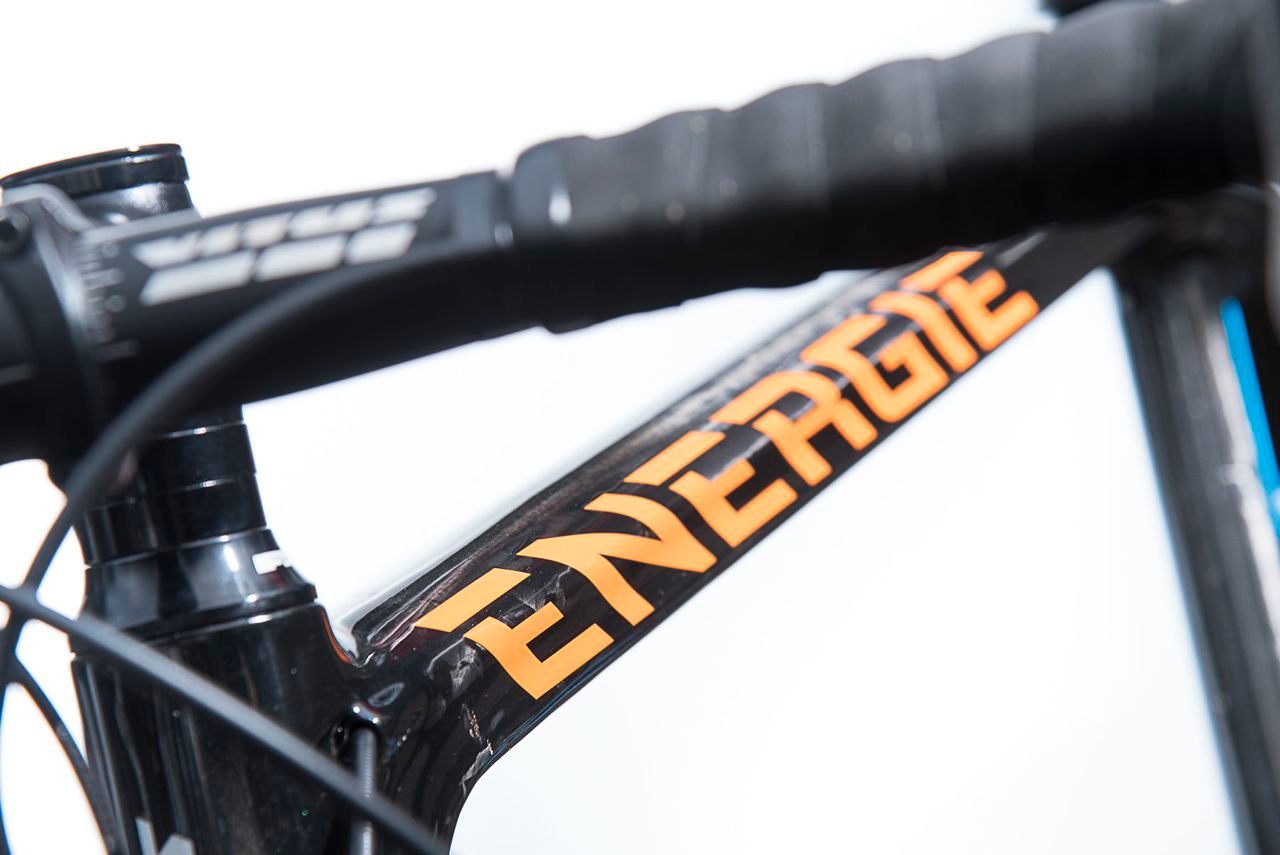 It’s a perfectly capable bike that’s at home skittering over rocks, ploughing through mud and being flung round tight corners but it all feels a little workman-like. The Energie VR has everything going for it, but it’s just missing a little spark.

Verdict: Decent bike made from some very nice parts, but they don’t add up to anything more than their sum, 79%