The R2 has been around for quite a while now, it’s a chassis that’s won races at the highest level and been ridden by some of the world’s greatest riders.

Cervélo haven’t rested on the laurels with the modest R2 though, and like the pricier R3 (with which it shares the same frame underneath the paint) has been made over for 2015 with some excellent results.

The frame, complete with paint and all hardware (cable stops, frame inserts and so on), weighs under 1kg for a 56cm. The tubing has been reshaped to use the latest Squoval profile as seen on the rarefied RCA, which has improved aerodynamics and increased frame stiffness by a claimed 24%.

Up front, Cervélo have used a fork derived from the limited-run R3 Mud (designed for the rigours of the Classics) that gives the bike plenty of clearance to go to larger volume tyres. The complete bike weight of 7.96kg isn’t super light, though those numbers on a scale are certainly not reflected in the way the R2 rides.

We loved the way that the R2 goes about the business of getting you down the road at a serious pace. On the rolling hills of our Salisbury Plain test loop, it enabled us to hold a pace only bettered by the very best aero bikes we’ve tested. Aided by the 50/34 compact and wide 11-28 cassette, it’s easy to dance on the pedals out of the saddle on climbs and truly attack even the steepest of slopes. Providing extra drive is the snappy, slick latest generation 11-speed 105 and FSA Gossamer BBright chainset. 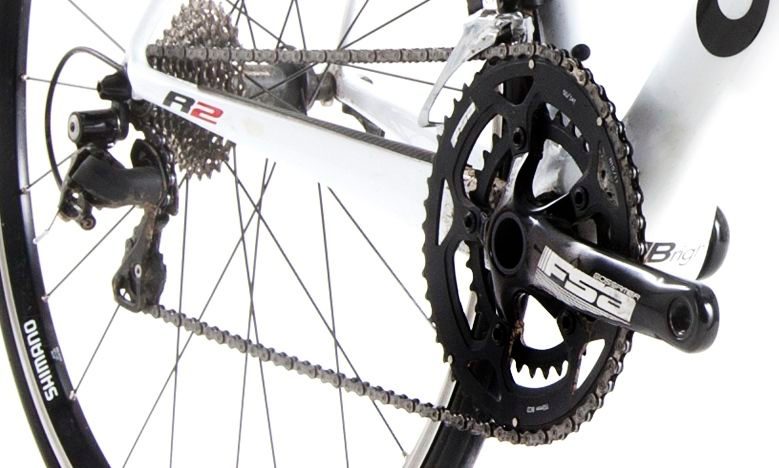 Braking is handled by FSA’s Gossamer brakes and, while the long cable stop arm design looks dated next to the latest low profile units, the extended leverage means it’s a brake with plenty of throw at the lever, combined with oodles of power and bags of feel. The R2 uses a FSA SL-K carbon seatpost topped with a Selle Royal Seta perch. Selle Royal might not be the biggest name in saddles but the Seta’s long, flat but well-padded shape is reminiscent of Fizik’s Arione (Selle Royal are the parent company of Fizik) and it certainly wins our approval, while keeping the R2’s comfort levels high. 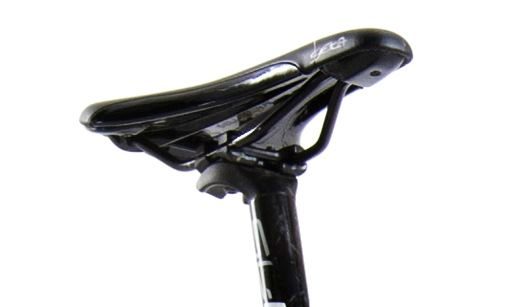 The Selle Royal Seta might not be the first saddle you think of, but adds extra comfort to the R2’s ride

Despite the rather modest spec, the R2’s underlying prowess can’t be underestimated. The light and lively front-end makes direction changes swift, and the underlying compliance in the frame makes this Cervélo a very comfortable place to spend a fair few hours. When things get lively – either threading through traffic or descending – the R2 is incredibly quick to respond in all but the very worst conditions. 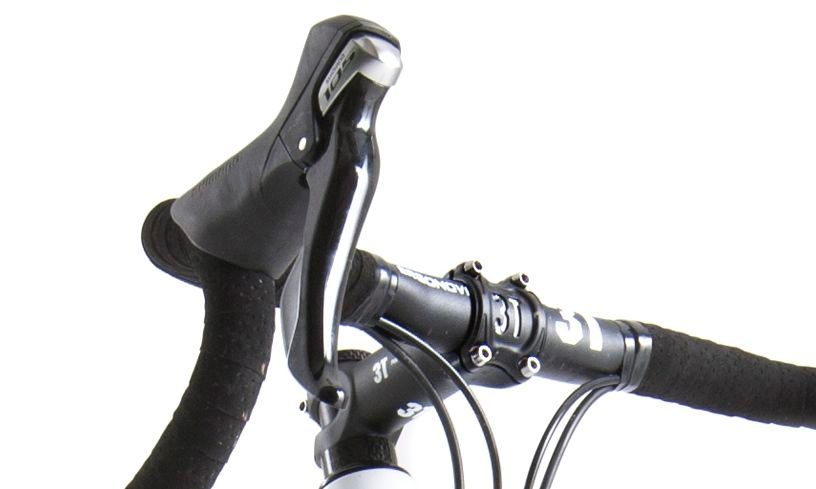 Shimano’s latest 11-speed 105 makes up the drivetrain, and the shifters in particular are a joy to use

The rolling stock of basic Shimano RS10s are undoubtedly a budget wheel, but experience has showed us that they’re tough, hardwearing and will last and last. Eventually we’d want to upgrade to something lighter, which the bike is infinitely worthy of, yet we’d certainly keep the RS10s for winter training.

They’re shod with Vittoria’s Rubino Pro Slick tyres in a 23c. In the dry these are great but when it’s damp and the roads are greasy, the slick shoulders make for some sketchy cornering, and on a number of occasions we had the rear-end step out of line mid-corner. It’s a testament to just how well the Cervélo’s handling reactions are that things didn’t end in tears, or at the very least, Lycra tears.

Verdict: Stunning world-class super bike chassis at an affordable price. Only downside is the tyres, 93%