It’s been 130 years since Edoardo Bianchi opened his bike shop on Milan’s Via Nirone and the company is still going strong.

In that time it’s certainly learned a thing or two about bike building, as testified by the latest model of their top-of-the-range Oltre.

The XR.1 comes in a whole variety of flavours, with either Shimano or Campagnolo groupsets (and there are few bikes that Campag just seem so right on as a Bianchi) – our test bike came equipped with Shimano’s Ultegra 6800. 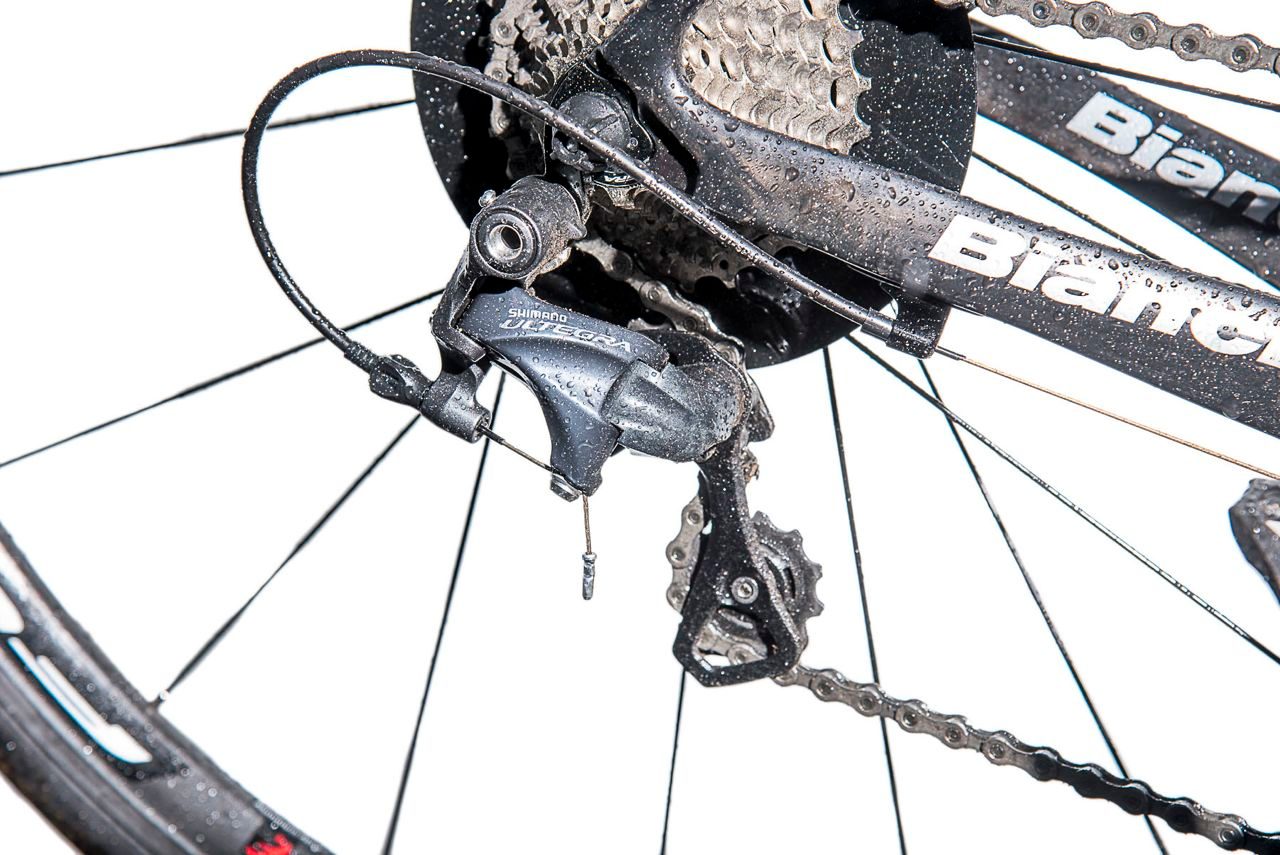 The groupset performs admirably, again – Ultegra 6800 is one of our favourites

Checking out the build and the first thing that caught our eye was the brakes. Instead of speccing the Ultegra 6800 calipers, Bianchi has gone for FSA’s Gossamers. That’s a little bit irritating because, from our previous experience, the FSA calipers just aren’t as good as Shimano’s latest, and that view didn’t change after hours of riding on the XR.1. 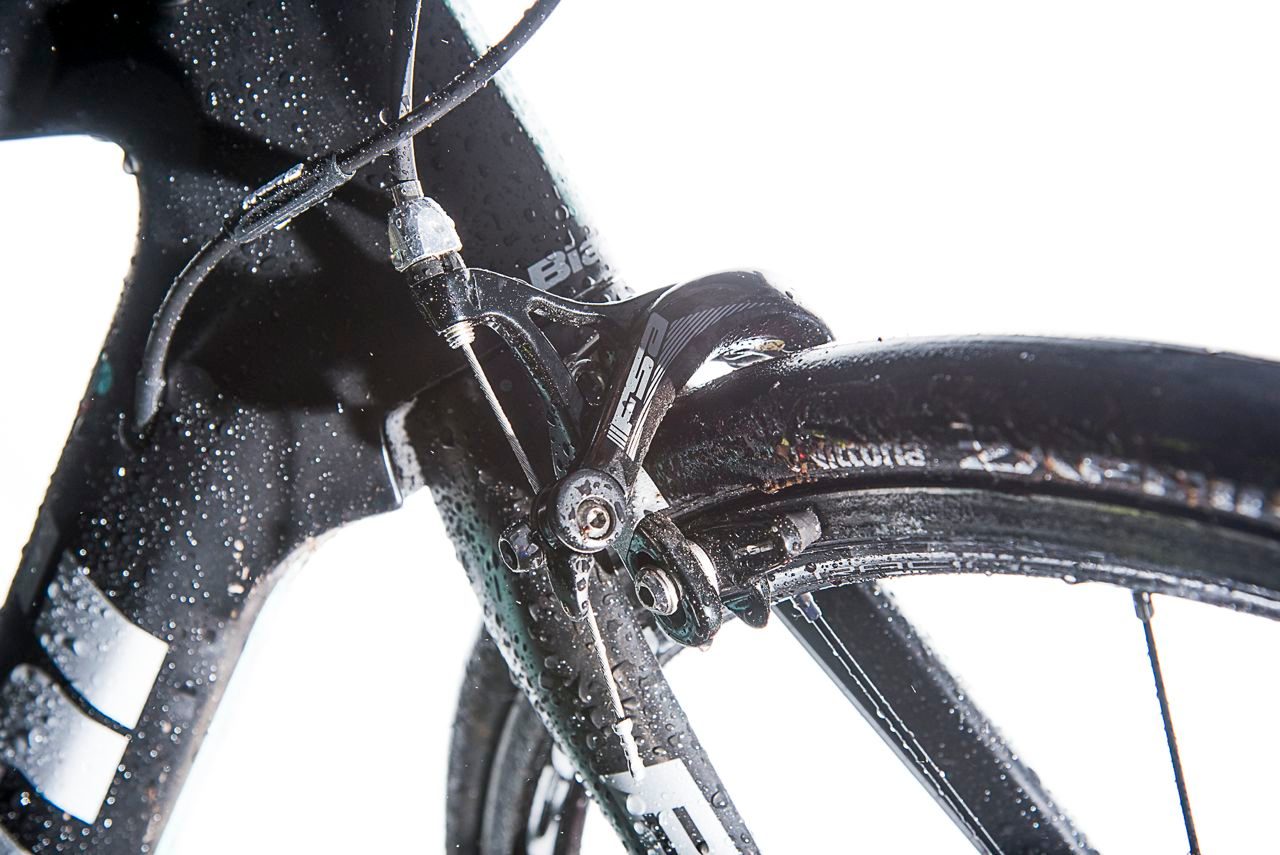 While the FSA Gossamer brakes are Bianchi branded, we’d have definitely preferred the Ultegra brakes to have been specced

It’s not that braking is bad – it’s not; we just know that it could be better. Of course, the FSA calipers are branded with the Bianchi colours and so aesthetically they’re a very nice fit to the frame. But if that’s the sole reason they’ve been chosen, we’re not impressed. If it were our choice, we’d choose the superior-functioning set every single time.

The frame is an update on the previous XR.1, which in essence is a slightly pared-down version of the range-topping XR.2, tipping the scales 200g heavier than its sibling. The tubing has definite aero profiling, all the way to the cut-out section for the rear wheel on the seat tube and the aero seatpost. 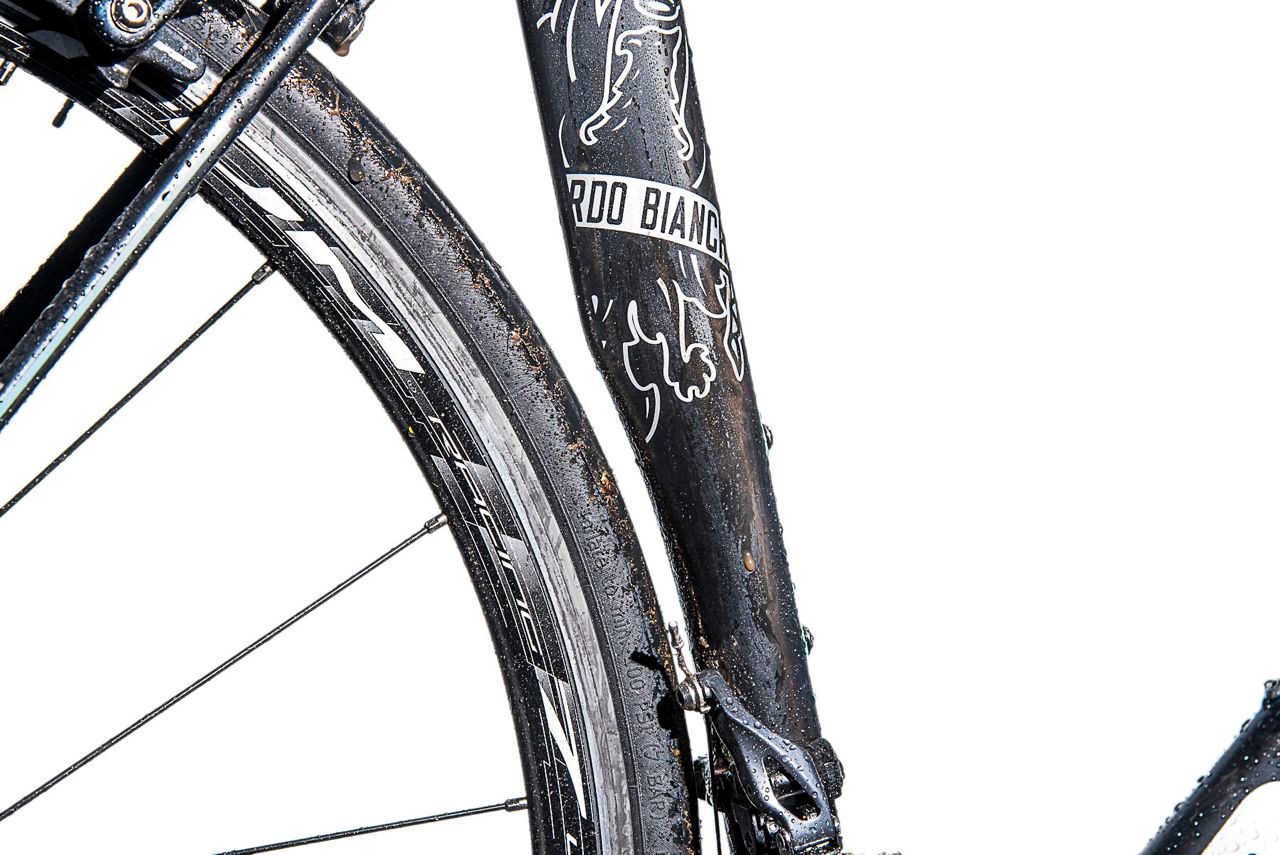 The cut-out in the seat tube shows that Bianchi were thinking aerodynamics when they built the XR.3

On a more superficial level, you can get it in either the black that we tested or Bianchi’s iconic Celeste, which, if we were buying one, we’d probably choose. In terms of other options, you can also take your pick from either Campag’s Chorus or Athena mechanical groups, if you fancy the full Italian flavour.

No bike is ever really comfortable on terrible road surfaces – and our Gloucestershire testing loops have that kind of terrain in surplus – but the Bianchi won’t have you feeling tense and looking for the shortest route back home, which, for a race bike, is a big plus point in its favour. 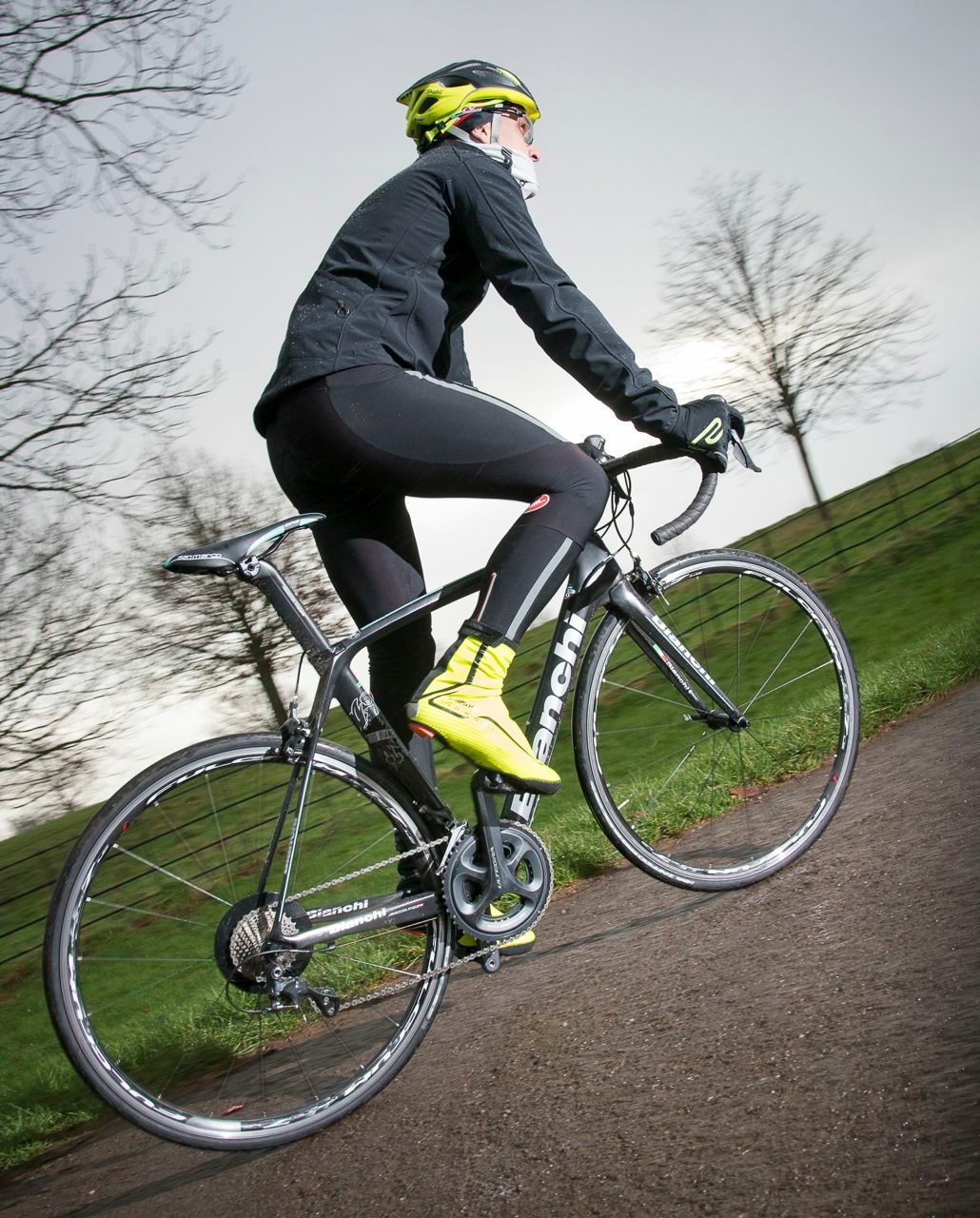 The handling is bright and responsive, but the bike is very stable too, a combination we were thankful for in testing as on one country lane we were met by a car speeding round a bend on the wrong side of the road. We only stayed upright thanks to a brief detour onto a very muddy and slippery verge, aided by the sure front end.

The wheels are the weakest part of the build. Fulcrum’s Racing 7s are very basic, with an RRP of £165 in their own right. Although they’ll last well, you’ll want something a bit better to really feel like you’re getting the most out of the XR.1. The same could be said of the tyres. Vittoria’s Zaffiro Pros are average at best and would be the first thing we’d look to change, possibly before the first ride.

But despite the few minor niggles, this is an enjoyable bike that’ll motivate you to get out and ride even when the weather’s terrible or you’re not feeling great. And ultimately, how much you enjoy a bike is arguably the biggest factor.

Superb. Responsive, sure and thoroughly enjoyable.

It’s a shame it needs upgrades to meet its potential.

No complaints at all. You could ride this bike for hours and have no issues.