After completing Ironman Wales last year, Dr Mick Serpell, a consultant and senior lecturer in anaesthesia & pain medicine, looks back at how his work with chronic pain patients helped him through the race.

Let me explain, I work with patients who suffer from chronic pain. My journey as a novice in the triathlon world required me to make changes in my beliefs and behaviours. Changes very similar to those required by patients suffering from chronic pain, who wish to regain some form of “normal” life after all their treatments have been tried and failed. This rehabilitation is usually done through a process called a ‘Pain Management Program’.

I think there is a lot that those in the “pain world” can learn from the world of endurance sports, and vice versa. The training, psychological tools and strategies used by athletes to complete a race are equally relevant for people with chronic pain who simply need to get through to the end of the day.

In fact, it is even more relevant for the chronic pain patient, because for them the race goes on, day after day. This is my account of how, using these techniques, I managed at the age of 54, to complete an Ironman from scratch in just over a year.

Ironman Wales – how did I get there?

It started with my first ever triathlon event, just off Oban, Scotland in August 2013. The “Craggy Island” triathlon is a very popular bespoke event. It involves a small swim (550m) from the mainland to Kerrera Island, then a 14km mountain bike ride, followed by an 8km cross-county hill run.

The short swim distance was what attracted me, as I could not swim more than two lengths of a pool without gasping for air. Swim training started six weeks before race day. Slowly I was able to build up my tolerance to 22 lengths of the pool. I was ready, right? (pre-contemplation – see below).

The 6 stages of readiness for change model

1) Pre-contemplation: not yet acknowledging that behaviour needs to change.
2) Contemplation: acknowledge the problem but not ready to change behaviour.
3) Preparation: planning to take action i.e. read a book or join a gym.
4) Action: actually taking the steps to change.
5) Maintenance: consistently engaging in new behaviours.
6) Termination or stable lifestyle: the ultimate goal, no fear of relapse.
7) Relapse: falling off the horse.

Wrong! A sea swim is completely different from a pool swim. Cold and choppy is the water and you can’t see what lurks below! It was a memorable introduction for me to the world of open triathlon. Swallowing mouthfuls of seawater, unable to immerse my head for more than a few strokes due to the cold and fear and nearly drowning on three occasions. 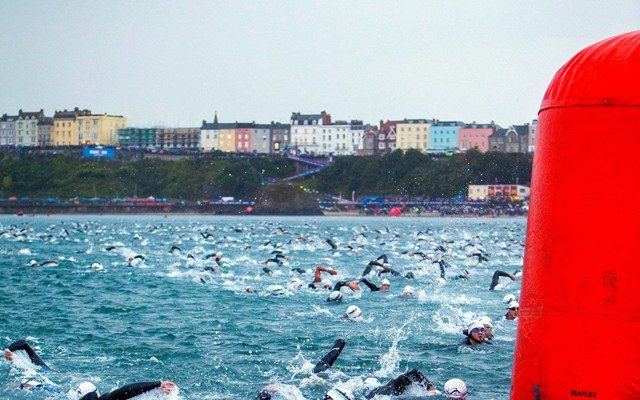 Surprisingly I was not the last one out of the drink, but by the time my frozen hands extracted me out of my wetsuit and tied up my shoelaces, I was last in the pack. Not a good start, but as I warmed up and established a rhythm, I clawed my way up (literally, on some of those hills) to finish in just over two hours, with a placing in the middle of the competitors.

I had survived! Feelings of immense satisfaction and disbelief hit me at the same time, and rather strangely, I had enjoyed myself. If I were to do this again though, I would need to be much, much better prepared(contemplation).

Over the next two months I read books on triathlon training, focusing particularly on time management (preparation). Could I actually devote the time required to give it serious merit? I decided to bite the bullet and booked a triathlon event as late in the 2014 season as possible (goal setting) in order to give me the maximum amount of time before serious training needed to begin.

It started in January 2014 with the “5km challenge” (action). The challenge is to run 5km or for 30 minutes every day for the whole of the month. On some days the run was done at 4am before going to the airport, or at 11.30pm, after a busy day at work. But I completed the challenge and knew then that the task I had set myself was possible.

I had a programme (7-10 hours per week), and training got easier as the routine was established and as spring brought longer days and better weather (maintenance).

Ironman Wales – how did I get through?

So the big day finally arrived, and much quicker than expected too. I’ll not go into great detail, however I would like to share what I think are two important lessons from my day. 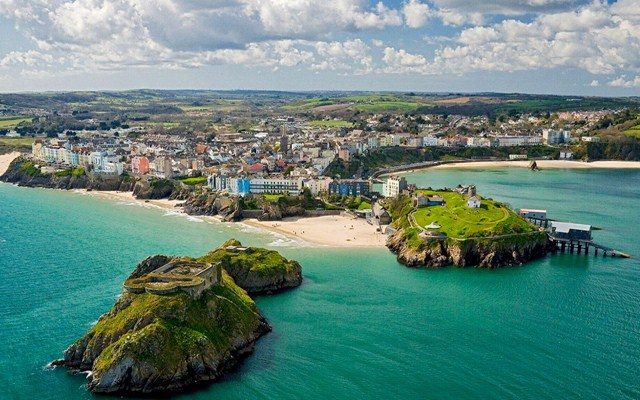 I got down to Wales early. Right up until the week before, I had planned to arrive the day before and leave the morning after the Sunday race day. The closer I got to the event the more I realized that mental preparation was absolutely essential before the race. So, I drove the 500 miles straight down from work, to arrive in Tenby on the Friday morning for the first practice swim.

On race day Sunday, the sea swell did not look so bad when we started at 7am. It soon picked up however, and caused a major problem. Many were seasick and vomiting, over a hundred swimmers were pulled out and the swim stage was very nearly cancelled.

I was not ignorant of these facts as I was either being tossed up in the air by waves or buried under them in an avalanche of water. I didn’t try to fight the conditions, I was relaxed and calm and accepted them (mindfulness).

The second lesson is, “Pace and graze”. This is common knowledge among competitors but putting it into practice can be difficult. The temptation is to fire off and chase the others in the bike section. If you do, it’s more than likely you will hit the “wall” towards the end as you may not have enough fuel left in the tank. The bike section is where you do most of your eating and drinking (150 calories every 20 minutes, 500-1000ml of fluids every hour) because it’s harder to eat and drink whilst running. 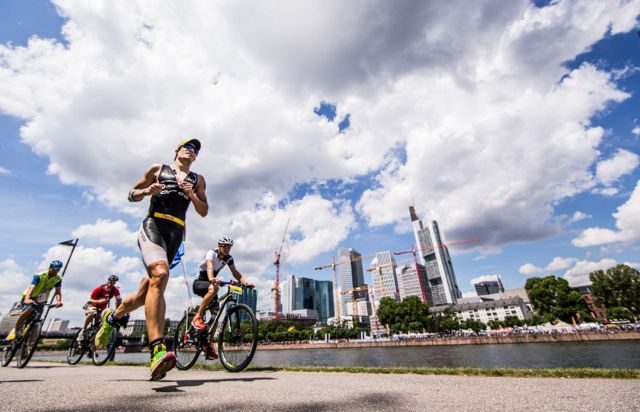 To reach the third and final marathon section was a relief. I knew then that, barring an accident, I would complete. I had only ever run a couple of half marathon distances during my training, but I knew that I could jog, shuffle, walk or even crawl a full marathon if I needed to.

All the while, the enthusiastic crowds lining the streets kept us going. It can never be overstated just how much it means to have people recognize and acknowledge the pain and effort you are struggling with.

Tenby was a fantastic experience, which I will remember forever, and one that I would recommend everyone to try. I will definitely repeat it again, but for now, I’m enjoying the rest. This is a luxury that pain patients don’t have. Will I relapse? Who knows, I’m only human. But I have a programme which I can now follow. It’s up to me, and it’s my choice whether I reach termination (stable lifestyle).

Reference for “The 6 stages of readiness for change model“: Modified from Prochaska JO, DiClement CC. Stages and processes of self-change of smoking: Toward an integrative model of change. Journal of Consulting and Clinical Psychology 1983; 51: 390-395.

Blog: Queensland Triathlete of the Year goes for the Ironman double