With many endurance races under our belts, my friend Naomi and I wanted to try something new; she had ÖtillÖ in mind, but that was impossible to get into. Luckily an inaugural swimrun event in Norway caught her eye. Teams of two must swim 8k and run 50k in total down the Oslofjord archipelago, over 20 islands.

We regularly train together and given our similar abilities it made perfect sense. Shepperton open water lake proves the ideal training venue, where we are able to test our kit and put in the mileage in a professional and friendly atmosphere.

On race day the alarm goes off at 2.30am. We hadn’t slept particularly well and torrential rain can be heard from our open hotel window. A coach takes us to the race start and race director Tom Remman hands out our GPS tracking device. The event starts to feel very real now and that pre-race anxiety is fading. 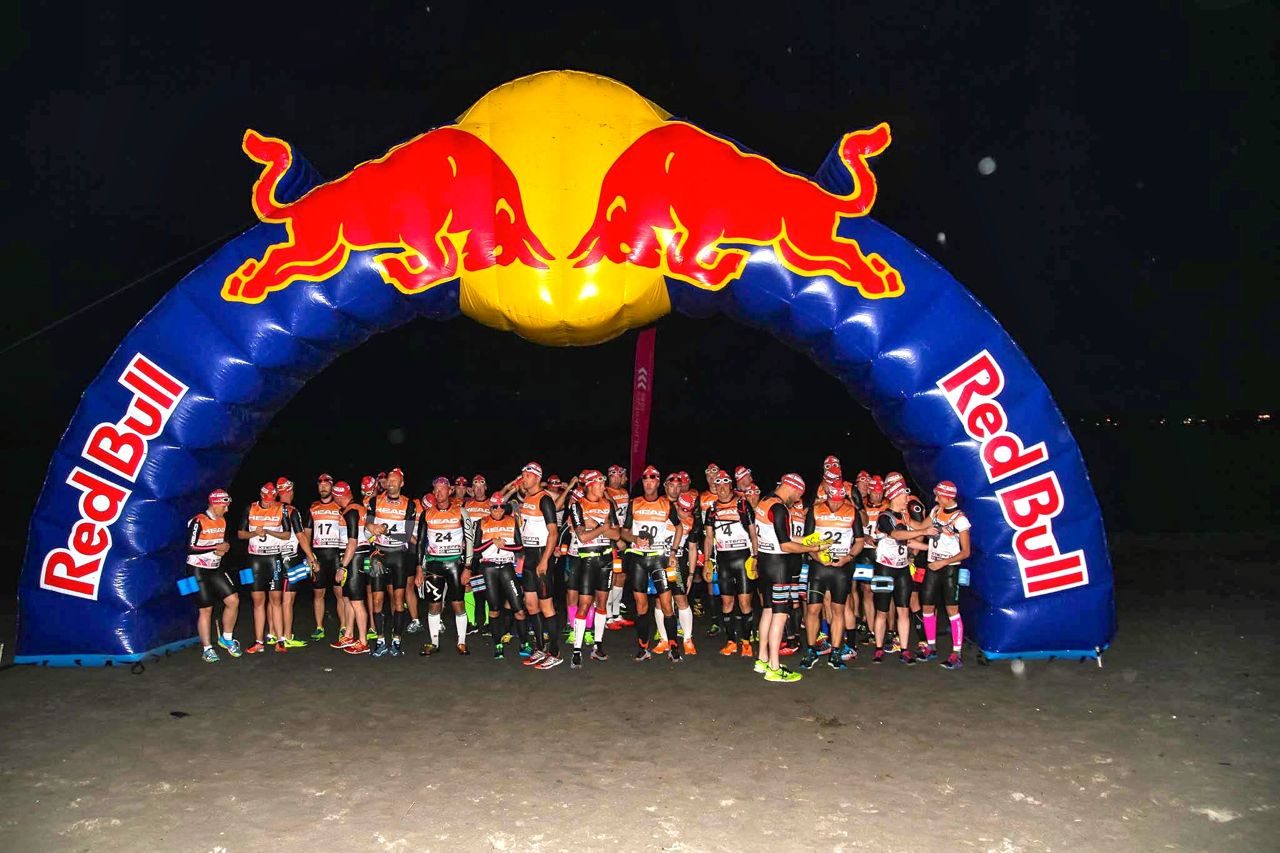 Just before 5am the 21 teams assemble together. It’s still pitch black and I am concerned! After a 10 second countdown, we are finally off! The first 3km run is set at a gentle pace. Tom leads the way to the first swim on his bike as we chat to the only other all-women team.

The sea doesn’t feel especially warm, or cold for that matter. When we exit the water we both feel giddy. The first few islands are easy to navigate, as we can still follow others. Finding sure footing when accessing the islands is difficult, however. Running over slippery rocks is dangerous. When exiting or entering shallow waters, I either fall backwards or fly headfirst clumsily.

Within one hour most athletes are covered in bruises, cuts and minor grazes. The sea helps mop up any blood and sterilise the wounds. A few hours later it is clear that our Norwegian rivals are just as competitive and more nimble over the rocky terrain. We catch them on the swims, then drop back on the technical runs. This is somewhat disheartening. Once we start going east and begin climbing, we find ourselves in an unmarked island and consequently get lost, which is when the map and compass come to the rescue!

From the very start it dawns on me that I’m rapidly losing body heat. By the third swim my legs are shaking uncontrollably, as using the pull buoy means they drag behind and kicking to generate heat is not an option. With a series of 700 metre swims, followed by short runs, I am mildly hypothermic. I am dreading the longest swim, 1.1km across a marine channel called the Huikjaela. Even the name is off-putting. I share my impending fears with Naomi, who remains calm and leads the way on the runs. 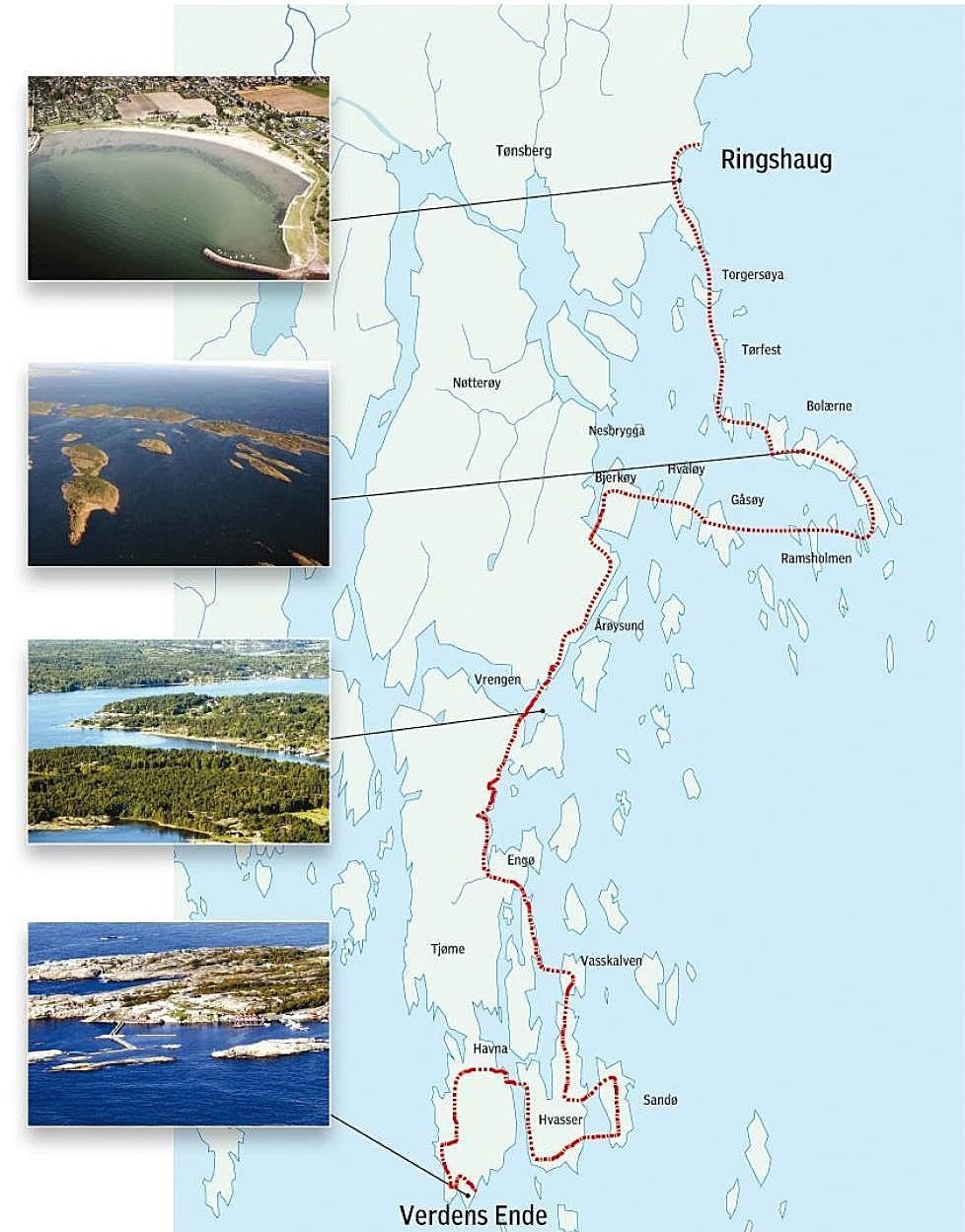 At around 8am we make the first cut-off in a comfortable margin. The ‘full service station’ is a sight for sore eyes and to my relief the day is warming up. As we reach our biggest swim challenge my anxieties simultaneously disappear. Timed to perfection the sun shows its face literally seconds before we dive back into the 17-19°C sea. My bare limbs soak up the sun’s warm rays. Elated I swim hard with renewed energy. I am confident that the worst is over.

Once we reach the third food station we have already completed 6km of swimming. As advised we roll down our wetsuits in preparation for one of our longer runs, 6km. We faff a little as we put our race vests back on and then backpacks, with the mandatory compass and whistle. After 1km of running, we overtake the women’s team.  After another kilometre nature calls. Obviously our pace improves after this necessary pit stop!

We meet a couple of Brits who are great fun and we stick together when we get lost. At times the red and white race tape and Xterra markers are either ambiguous, absent or too dark to spot. We stop at a junction for at least five minutes. Left or right? A Norwegian driver stops and tries to help, but with the language barrier it’s useless.

We lose precious time and add on a few kilometres to our route, but ultimately rejoin the path, once more thanks to our map and compass. We make the last cut off at Engo with 15 minutes to spare. Within minutes of drinking an energy drink and Red Bull I throw up on the run. I am coughing up sick. It’s nasty, but I know that the finish line is two swims and two runs away.

We maintain a decent pace on this longer 7k run, despite some fatigue. We even overtake a local team. The landscape is pretty and flat on Hvasser. We go clockwise. We run in streams ankle-deep and then on sand. I lose my goggles after the penultimate swim and only realise at the start of the final 300m. Surprisingly, keeping my eyes open in the crystal clear sea is not a problem. We’re almost there!

The final 4km run is hard with uneven, rocky paths. We have to slow down, but having been told that the other female team is 20 minutes behind us we are confident that we are under no threat of being overtaken. The euphoria of seeing the finish line after 10 hours and 14 minutes masks any pain we are feeling and we sprint towards the World’s End. We grab each other’s hands and raise them high. We hug each other in relief. We are chuffed to bits. We achieved our goal. We’re the first female team home, and it wasn’t an easy win either. 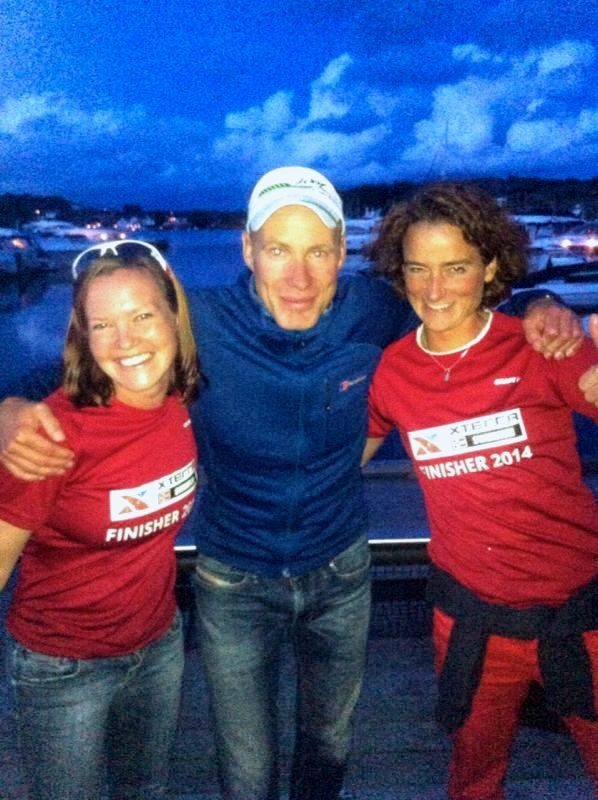 In a matter of days Naomi and I already want to do this event all over again, we loved it. With no bike, and an emphasis on swimming, swim training cannot be taken lightly. There is something very reassuring about having the support and company from a friend and training partner, which is a unique experience. Xterra Swimrun Norway is one to pencil into the race calendar for August 2015.