Ironman Barcelona was my first full distance Ironman, and after pretty much being cornered into doing one, there was no escaping it. But as I soon discovered, tell someone you’re doing an Ironman and you’ll get a lot of advice…

My colleague’s next door neighbour says that whatever you do don’t drink cola, as you’ll regret it later in the run. “Rubbish,” my brother’s best friend tells me: “It’s your first Ironman, you’ll definitely need it to get you through the run.”

I soaked it all up, terrified that if I didn’t consider every piece of nutrition advice, I’d miss something crucial and my biggest fear would come true – I’d blow up before I could even start the run.

As it happened I didn’t blow up in Barcelona, in fact I did quite well, finishing in 9:03:32, which placed me third behind Eva Wutti (third fastest Ironman ever) and Camilla Pedersen (recently crowned ITU World Long Distance Champ).

What I was possibly more surprised about was that my time put me as the third fastest debut female Ironman and ninth fastest on the British ladies all-time list, surrounded by some big names. 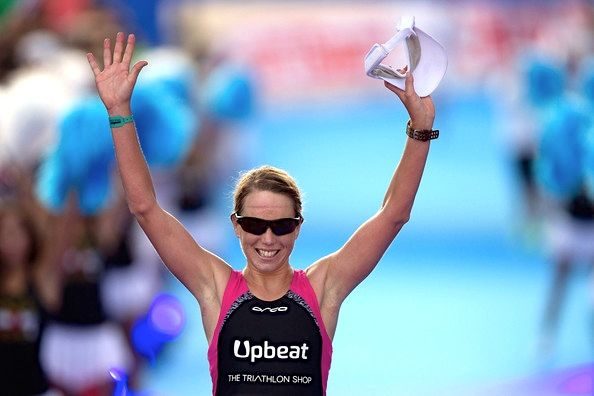 Rather than sift through the details of my favourite gel flavour and the song that got me through the run, here’s some myths I busted along the way:

“Eat and drink as much as you can on the bike, it’ll save your legs later on in the race”

Sitting in the time trial position for close to five hours is not conducive to absorbing much nutrition. It’s not like I was eating pizza (another recommendation I had), just two energy bars, a few gels and I planned for a bottle of fluid with energy every hour.

Still terrified of a spectacular blow out on the run, I tried to continue drinking but it wasn’t happening. Myth number one busted: better to adapt and drink to feel, but maybe force a couple more gels for the calories I missed out on.

“Be conservative, it’s a long way”

Myth not completely busted, but having spent the first 40km with a tail wind, no power meter and trying to be patient at a steady (pre-planned) 37kph it became clear that there was a difference between patience and going at a snail’s pace.

Turning into the headwind, seeing an angry husband on the side of the road and realising I had haemorrhaged another 10mins over 70km, I pushed it up a gear and managed to claw back some time.

Take this advice with caution though – I don’t want to be responsible for any mega blow-outs next season!

I soaked it up and I enjoyed it… But definitely not all the way. It’s a long suffering road, I had some dark spots and I’d be surprised if anyone doesn’t. It’s also those dark spots that provide the best post-race memories. 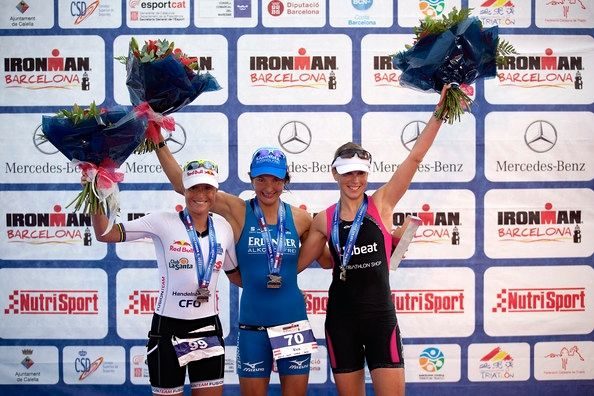 Barcelona let us use special needs drinks stations, so I packed my husband off in the morning with some mini bottles of gel/water combos along with the instructions to not give me the cola until the last 10km.

The first 10km of the run I felt like I was running on springs, but once I passed 20km the feeling was reversed. A small shot of cola later and my legs came back to life, 30km the same again. And no, I didn’t regret it!

My overall advice to anyone in a similar position to me would be to be flexible enough to find what works for you. I’m a little bit closer to finding out what works for me, but it’s more than likely that you’ll laugh at my myth busters. Racing is a personal thing and unfortunately you’ll probably have to find your own truths the hard way!

What Ironman myths have you found to be utterly wrong? Let us know in the comments!