You hit the sack content that the day’s 90min run has brought you one step closer to your season’s goals. Your bodily audit reveals all is good as you look forward to a decent night’s sleep ahead of another strong session tomorrow.

Fast-forward to the next morning and your legs feel like lead. “Damn, lactic acid has got me again…”, you think. Yes, when it comes to triathlon, lactic acid’s had a worse press than convicted doper Lisa Hütthaler. But in the former’s case, it’s based on myth.

“Despite its bad-boy reputation, lactate is a beneficial substance for the body during exercise,” says coach Joe Friel. “It’s used to create more energy so that you can continue training.” While you thought the acid was causing either the burn or DOMS (delayed onset of muscle soreness), it’s simply not true.

A comprehensive overview of the studies into lactic acid and its effect on exercise, cited in the respected journal Sports Medicine, shows that “lactate has little detrimental effect on mechanical fibres” (namely muscle) and “can actually be an ergogenic during exercise”.

“Many think post-exercise soreness derives from lactic acid (or lactate),” says David James, professor of exercise physiology at the University of Gloucestershire. “It’s not. The feeling you experience from lactic acid subsides within 30mins. Any residual fatigue and pain is more to do with muscle damage.” 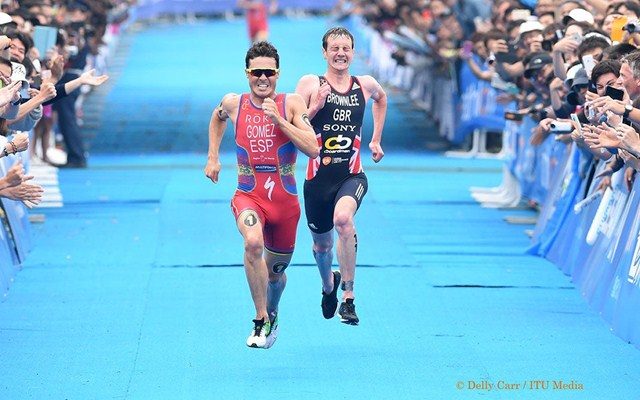 So what is lactic acid’s true role in the body? Before answering that, it’s worth noting how it became so demonised… and it’s all down to Nobel Prize-winning biochemist Otto Meyerhof. During one of his experiments, Meyerhof cut a frog in half and put its legs in a jar. Its muscles had no circulation and no source of oxygen or energy. Meyerhof sent electric shocks through the frog’s legs to make the muscles contract and then discovered they were bathed in lactic acid. As a result, the theory arose that a lack of oxygen reaching working muscles causes the accumulation of lactic acid, which leads to fatigue – a theory that proved to be incorrect, although Meyerhof was right to conclude that lactic acid is created when oxygen isn’t present.

“Before carbohydrates can be turned into energy they must be converted into pyruvate,” explains Professor James. “Pyruvate then has two possible next steps: it either follows the aerobic (with oxygen) pathway to produce more energy or, if it’s unable to enter that pathway easily, it’s converted into lactate.”

With oxygen present, pyruvate is broken down to create energy in the mitochondria of your muscle cells. If oxygen isn’t present – when, for example, you’re ascending Helvellyn and your body can’t absorb oxygen quick enough to breakdown fuel – your body creates energy via glycolysis. This takes place within a liquid in your body’s cells, called cytosol. Lactate is a byproduct of creating energy anaerobically within the cytosol and, historically, it’s this that’s been associated with fatigue. “Lactate isn’t the problem,” says Professor James. “The problem is that when lactate is produced, it’s done so with hydrogen ions. It’s these that cause your muscle fatigue, not the lactate.”

Hydrogen ions raise blood and muscle acidity levels, blocking nerve signals from the brain to the muscle fibres. Over time, your limbs begin to feel heavy and you naturally slow down to allow more oxygen to the working muscles. 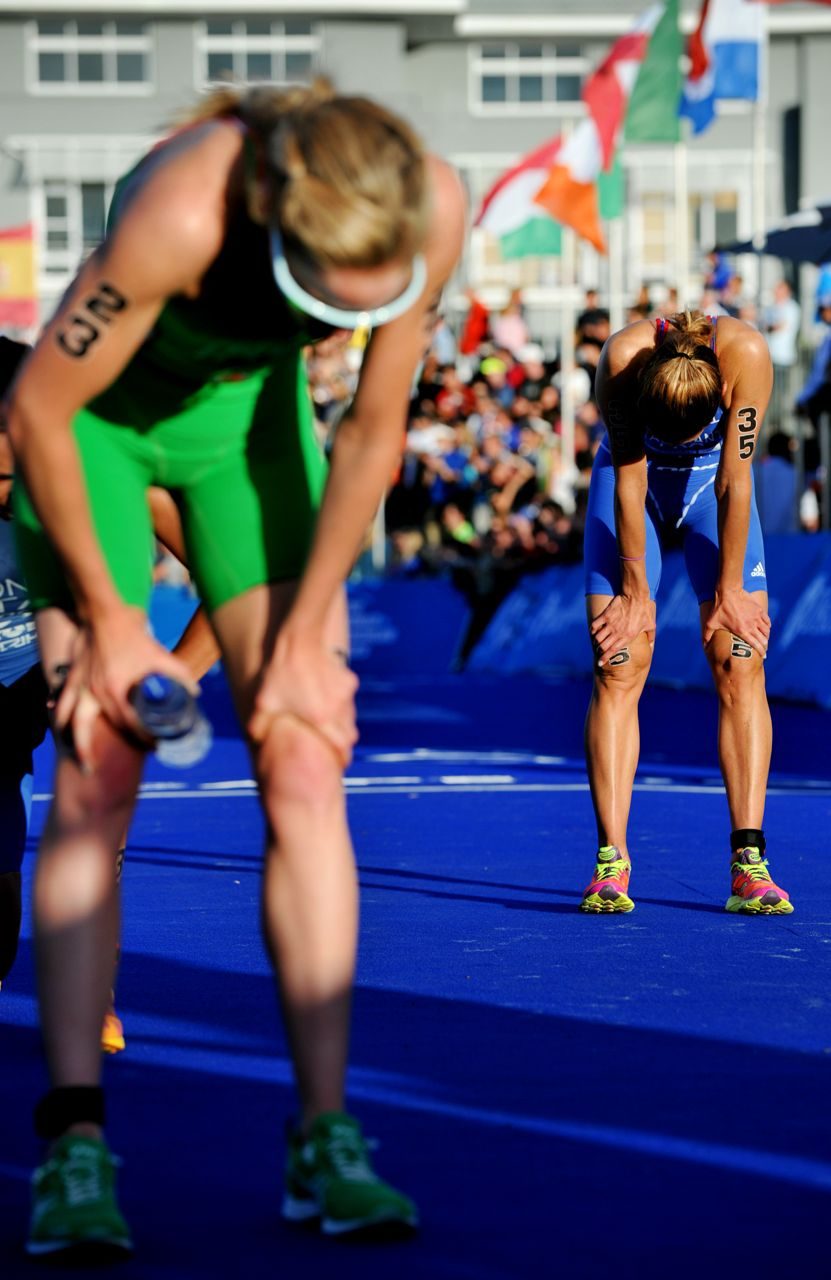 Essentially, lactate acts as an intermediary between aerobic and anaerobic metabolism with further research showing that up to 75% of lactate produced is used for fuel. And when the amount created initially is greater than the energy being produced aerobically, that’s your anaerobic threshold (AT). But if lactate isn’t related to fatigue, why is training at your AT at the heart of so many training plans?

“Measuring lactate levels in your blood is a convenient way of estimating how much hydrogen is in your body,” says Friel. “The more intense the workout, the more lactate is released into your blood, and the more hydrogen ions interfere with muscle contractions.”

AT varies from person to person with untrained individuals having a low AT (around 55% of VO2max) compared to elite athletes whose AT will register around 80-90% of VO2max. The higher your AT, the higher the intensity and duration you can race at, and this is why all coaches will prescribe sessions designed to raise it. And the only way of doing that is by exercising at an intensity around or over your AT. “This is around 85% of your maximum heart rate,” says Friel, “which most athletes can hold for at least an hour.”

There are many tests to discover your anaerobic threshold. These include a 10min run at full pace and a one-hour time trial. They’re not as reliable as the readings from a portable lactate analyser (see ‘DIY Lactate Analysis’, p90 for more), which measures the lactate in your blood. That’s because when a muscle can’t recycle the lactate, it starts to seep into your bloodstream, raising your blood lactate concentration. This is measured in millimoles and, according to Professor James, a measurement of 2-4mmol per lite of blood is an indicator of your AT. 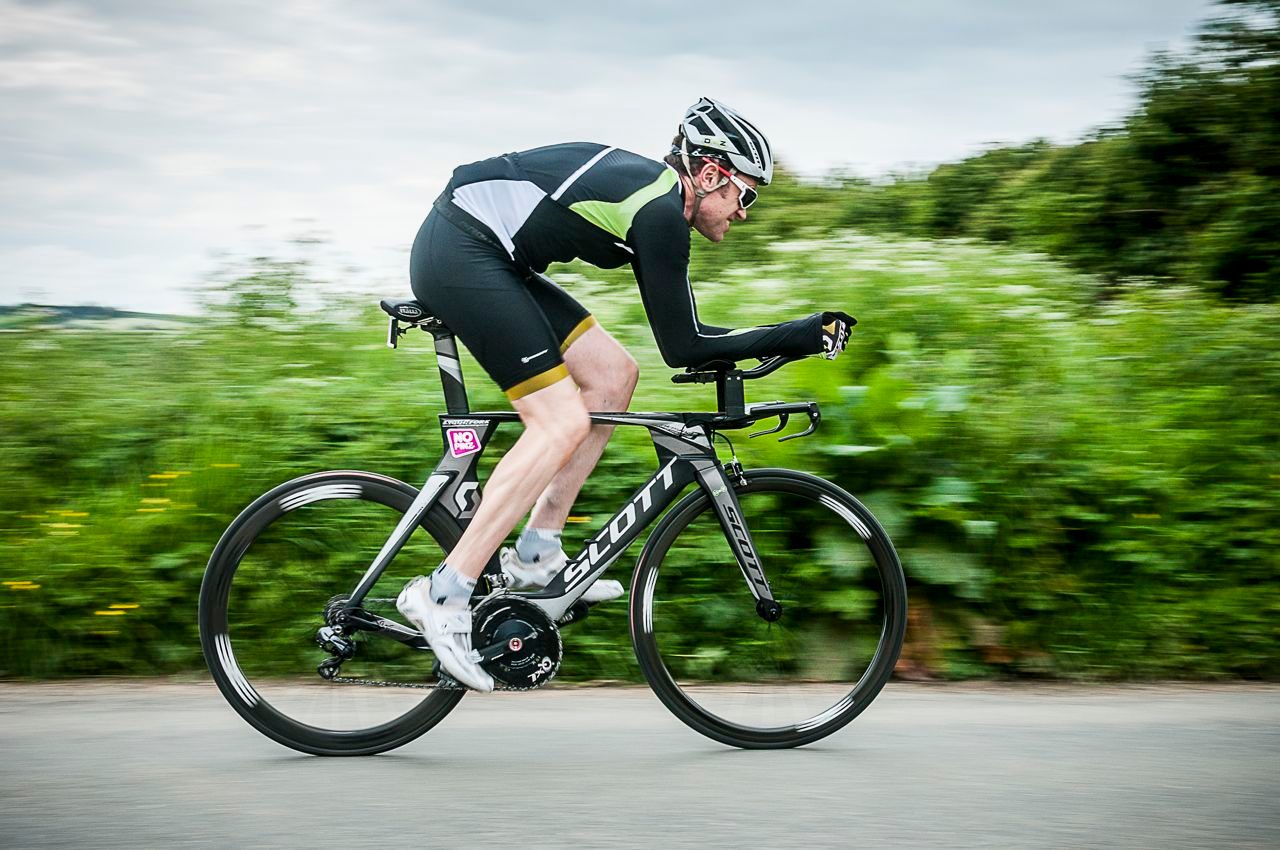 It might feel painful but, by training at AT, your system becomes more efficient at using lactate as fuel. One of the reasons for this is that lactate production stimulates a process called ‘mitochondrial biogenesis’ once exercise has ceased. Essentially this increases mitochondria concentration within the cells, which is one of the major adaptations you’re looking for to improve endurance performance. It seems paradoxical that lactate, a byproduct of the anaerobic system, can boost your aerobic system but it’s true, and it’s why interval training is so important.

Of course, like your VO2max and other fitness parameters, your DNA places a ceiling on your potential, meaning that no matter how hard you train, at some point you’ll reach your AT peak.

“Genetics is very much an influence,” says Professor James. “Some people are predisposed to aerobic production of energy – people who have a high proportion of slow-twitch muscle fibres, for instance. They would rely heavily on aerobic metabolism even when they’re training hard. While individuals with a lot of fast-twitch fibres may be genetically predisposed to producing more energy anaerobically.”

There’s a fascinating chapter in David Epstein’s The Sports Gene that proffers a possible explanation for Jamaica’s conveyor belt of world-class sprinters. Epstein suggests it’s in part due to their forefathers in West Africa developing sickle-cell traits as a defence against malaria.

This lowered their blood’s haemoglobin levels, which carry oxygen to the working cells, meaning the cells had to produce more energy anaerobically for the individual to survive. When the West Africans were taken as slaves to work on Jamaican cotton fields, only the strongest survived.

So a combination of sickle-shaped cells and an instinct for survival purportedly raised anaerobic capacity over time. It’s one possible explanation for how Jamaican sprinters can create energy in significant bursts and also why, due to those low haemoglobin levels, their endurance capacity is nowhere near as high. 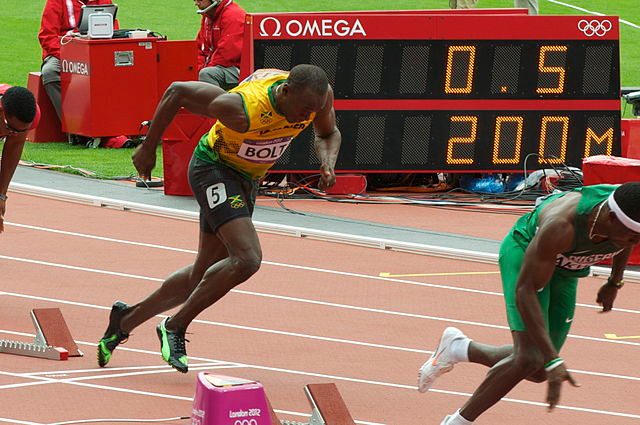 Now you’re probably thinking, “Lactate’s great but how can I clear out hydrogen ions?” One way is to raise your AT, but there’s another that’s been mooted for years: buffering. “This means lowering the acidic levels of the blood,” explains Professor James. “One method tried by many athletes is bicarbonate loading. You can do this with sodium bicarbonate, which is found in baking powder.”

But the jury’s out on that one, which is why you should be sceptical of any product claiming to “buffer”. A few studies have shown that there may be a 3-5% improvement during prolonged exercise by taking 0.3g of sodium bicarbonate per kg of bodyweight about two hours before exercise, as these doses raise pH concentrations for about three hours after ingestion. This loading can have laxative effects, however, with one study suggesting 50% of subjects suffered gastrointestinal discomfort and diarrhoea.

So what can you take away from this? Firstly, lactate is your friend. It provides energy, doesn’t cause fatigue and has no relationship with muscle soreness. Hydrogen ions are the problem but you can stave off their effects by integrating intervals into your training. By mixing bursts of exercise with rest intervals, you’re constantly raising lactate levels rather than simply pushing on for longer and stopping sooner, which would ultimately mean less time training at your AT. Just remember to warm up and cool down well for fresher legs in the morning.

For lots more performance advice head to our Training section

Will the new tri documentary, Beyond Human, prove addictive viewing?

Five ways to stop your legs cramping out of transition

One sport to multisport: an intro