You’ll already be fatigued by the start of the run, so pacing in this leg can be difficult. But with much of the field slowing down, getting it right will pay dividends, says Andy Blow…

Holding your pacing strategy together throughout the run in a triathlon can be a real challenge because, by its very nature, it comes at the end of the race and will be affected by how fatigued you are after the swim and bike.

There’s also the matter of convincing your legs to switch from cycling to running in the first couple of kilometres, which, though it becomes easier with practice, still makes it hard to judge exactly how hard you can push from the beginning.

That said, the rewards of putting out a good, even-paced run leg are substantial; with much of the field slowing down in the latter stages, the opportunity to overtake other athletes is significant for morale and for energising your final push.

If family and friends have come to support you at a race, the chances are that out of T2 and onto the run is one of the main places you will see/hear them. This can prompt another disruptive surge of adrenalin and cause you to set off over-ambitiously. Keep this under control. If you’ve done a good job of even pacing at your best possible effort through the swim and bike, you’ll definitely be starting to feel the effects of fatigue on the run.

Once you’ve got the first km in the bag, the emphasis will shift from keeping a lid on your efforts to playing mind games to maintain your level of intensity. Break the run down into small sections using mile markers, aid stations or landmarks in the distance. Focus on getting to the next point, working as hard as you feel you can, without overdoing it in the first half of the course.

Once beyond the halfway point, it’s all about hanging tough – picking off more landmarks or competitors one by one, while pushing the intensity as high as you possibly can. The vast majority of other athletes will be slowing by this point, so if you can keep your work rate up, you’ll make significant progress through the field. 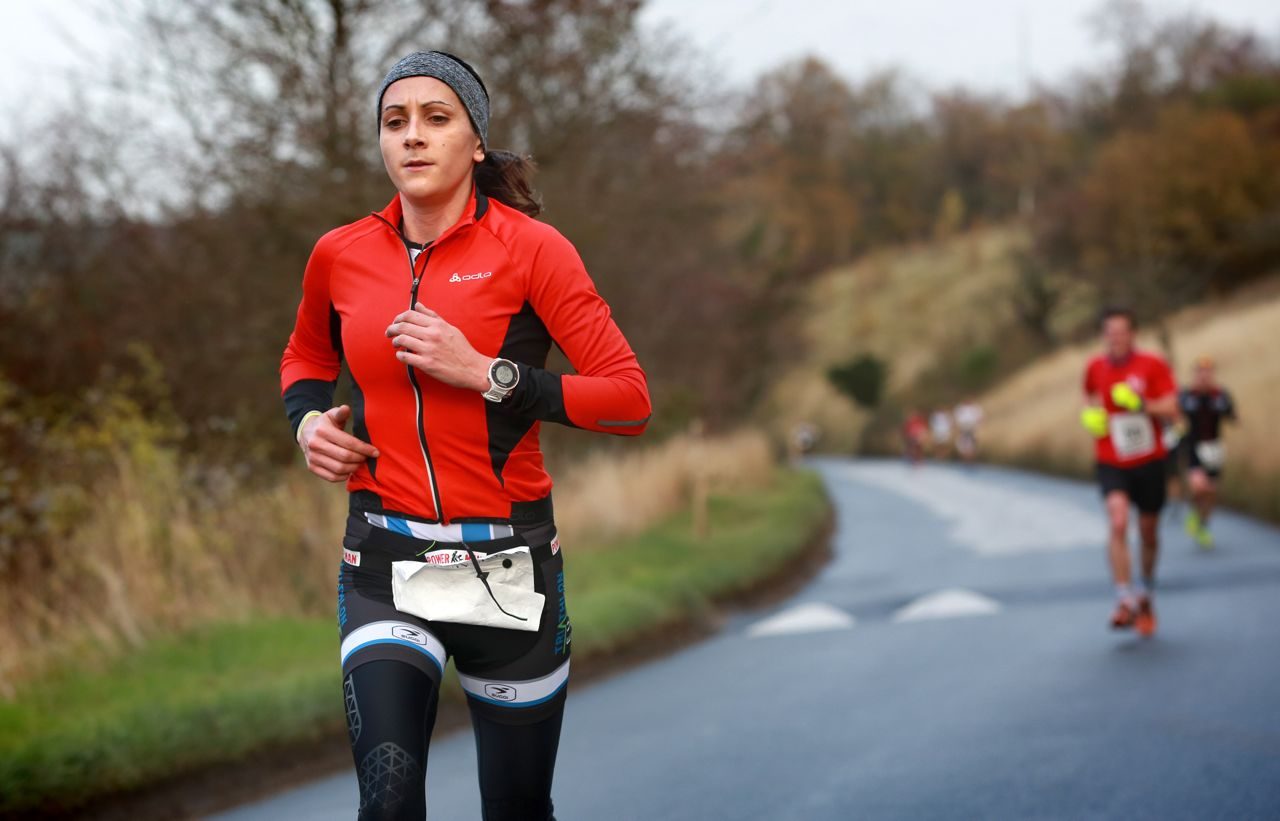 When you start to tire on the run, it’s tempting to let your hips drop, to land more heavily on your feet, for your stride rate to slow, and for your posture to slouch. To combat this, go through a mental checklist every few minutes: listen to the sounds made by your footsteps (are they a bit too Nellie the Elephant-esque?); tighten up your core muscles to put your hips forward; count your steps per minute to make sure your cadence isn’t slowing.

Keeping on top of all of these minor details means you’ll move more efficiently, as well as giving your mind something productive to concentrate on when the going gets tough, rather than just dwelling on the pain.

How to hold your nerve if you get passed

Being overtaken is something that can really throw a spanner into the works when you’re trying to maintain a sensible, even pace in a race. It can make you question your judgment and cause you to abandon your own plan – rarely a good thing. Generally the best way to deal with being passed early on in an event (if you feel like you’re already going at your optimal pace) is to simply relax and let the person go.

If it helps, you can tell yourself that they’re going way too hard and that you’ll see them later on – and this is often true. If, however, you’re racing for position or qualification spot, and you get passed by a rival late on in the race, that is the point where you absolutely have to throw caution to the wind and go with them. At that point, being sensible will get you nowhere. You have to give it absolutely everything to see if it’s enough… 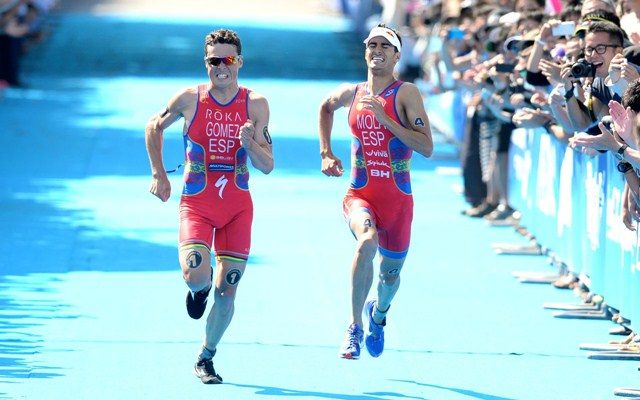 Issues like stitches and muscle cramps can have a devastating effect on your ability to sustain your run pace, and are far more common in tri than in run races, due to the fatigue you’re already experiencing when you get off the bike. Although, in theory, if you’ve trained effectively and paced to perfection, you should be in good shape at this point. But these issues can still crop up, and managing them to minimise the impact is the main aim if they do.

No-one really knows exactly what causes a stitch, but to manage it you’ll need to slow down to a jog or a brisk walk, take deeper breaths and raise your hands up above your head to stretch out your stomach muscles. Do this for a minute or so and gradually start running again, repeating until the stitch fades away.

For cramps, stopping and gently stretching the affected muscles for a few seconds tends to be the most effective short-term treatment. Do this and then build up slowly into a jog, then a run, being especially careful to back off on downhill or uphill sections, which place more load on the muscles.

If the run is long and you have some electrolytes, these can help reverse cases of cramping. But in shorter events, it’s more likely to be a case of nursing your way to the finish without over-stressing the muscles and causing the cramps to worsen.

In both instances, the main thing is to neither panic nor despair. In many cases, these issues come and go very rapidly. If you back off and give the body a chance to recover, you can often still get back up to speed and finish strongly. 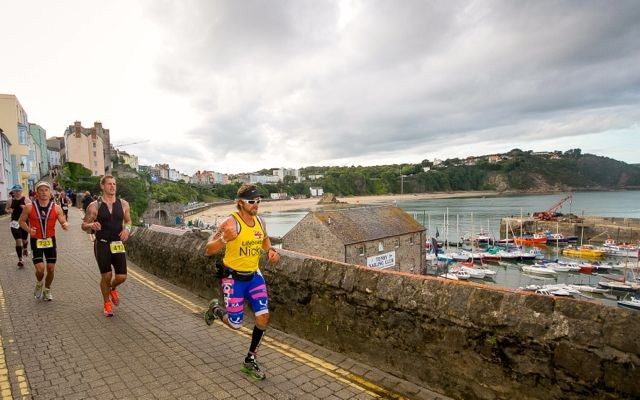 As a strong runner, the final leg is clearly an opportunity to claw back time that you’ve maybe seen slip away on the swim and bike. But, at the risk of sounding like a broken record, going off stupidly hard is still not wise. You should aim to tick off the first km or so in a brisk but relaxed manner, before subtly turning the screw over the remaining miles. Even if you feel like you’re pushing way harder in the closing stages, the chances are you’re simply holding an even pace as tiredness catches up with you.

If the run is your Achilles heel, it’s important not to let a negative mindset creep in when you hit T2. Try to focus internally on producing your best effort and ignore those around you. Even if you don’t respond physically to being overtaken, the mental drain that it can have on your energy levels is significant. Shut it out, and concentrate entirely on tapping out the optimum rhythm you can. It’s then that you’re most likely to achieve the best possible time at the finish line.

For lots more performance advice head to our Training section

Master the walk/run strategy to become a faster triathlete