There are several ‘facts’ in sports science that are near taken as read: don’t consume more than 90g of carbs per hour; caffeine guarantees performance gains; and undertaking a combined endurance and strength session will attenuate the benefits of both. But recent research from Scandinavia questions the gospel truth of that last one.

A team from the Swedish National Centre for Research in Sports had 16 men perform seven weeks of either resistance training (seven men) or a combination with preceding endurance exercise (nine men) comprising continuous and interval cycling. Muscle biopsies were extracted before and after the training period with the benchmark test a 1-rep max (RM) leg press.

The training period comprised two sessions in each of the first two weeks, progressively increasing to four sessions in weeks six and seven, giving a total of 21 sessions. For both groups, the training sessions included a leg press exercise that started at a load corresponding to 70% of the individual’s initial 1RM. This load was raised 5-7% every third or fourth training session to match the observed gain in strength. However, the endurance group preceded the strength effort with the sessions in the endurance table, see right.

In other words, endurance plus resistance training positively impacted the muscle fibres associated with both stamina and strength, not just strength. It’s good news for time-starved triathletes, though Moberg does offer caveats. “One likely reason the combined training resulted in a greater increase in muscle fibre growth was that the subjects were untrained. For these subjects, the cycling exercise was likely a hypertrophic stimuli that was also able to increase the size of type I slow-twitch fibres.

“For the trained triathlete, the muscle size has already adapted to the endurance cycling stimuli,” Moberg adds. “But they could benefit from adding resistance exercise to their normal training regime, especially as adding strength training to endurance is commonly shown to improve work economy and sprint ability. But remember that muscle size in triathletes may be limited due to the many hours of endurance training, which reduces protein synthesis and increases protein breakdown during exercise.”

So what does this mean for you…?

If you’re new to triathlon, you can include weights and endurance training in one session, though be aware of physiological overload on immunity, depending on your fitness base.

More experienced triathletes should also include resistance training in their programme. Moberg recommends heavy loads, low reps and explosive exercises. “But not subsequent to endurance to maximise the gains.” 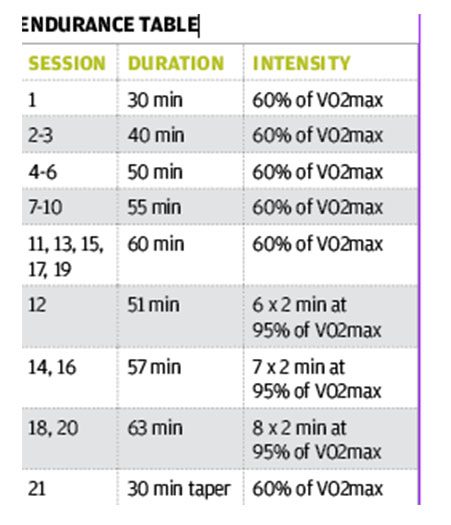 Vitamin D: why it’s important for athletes and when you should take it