Were you one of around 13,000 triathletes racing last year’s London Triathlon? How did you get on? We asked our readers…

Tri newbie Charlie Stephenson says he was scared – nay, petrified – to be among those lining up in skintight swimsuits on the banks of the Thames last summer. “As I anxiously stretched waiting further instructions an announcement came over the mic for all weak swimmers to head for the back of the wave. All of a sudden I transformed into MJ and started to discreetly moonwalk to the back.” He adds that after surviving the swim, the bike and run were “a piece of cake”, and he completed his first sprint triathlon in 1:14:19 – not a bad time! 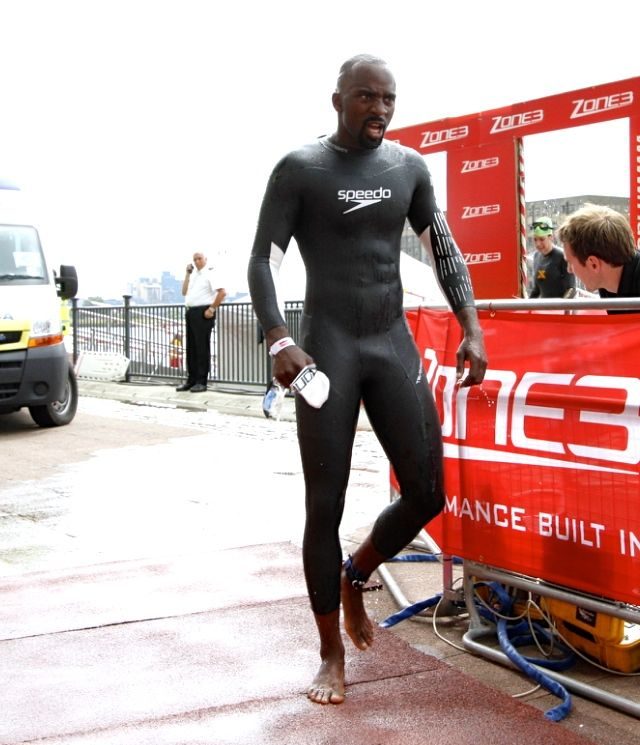 Caroline Sparks took a big group of ‘Turtle Tots’ teachers, who all run their own baby and toddler swimming businesses, and entered the sprint relay with three teams. “Between us we successfully completed a 750m open water swim in the (very cold and grey) Royal Victoria Dock, a 20km bike ride and a 5km run. Most of us had never entered a triathlon or event on the scale of the London Triathlon before, so didn’t know what to expect, but we had a memorable and exhausting day, with a lot of fun and laughs too!” 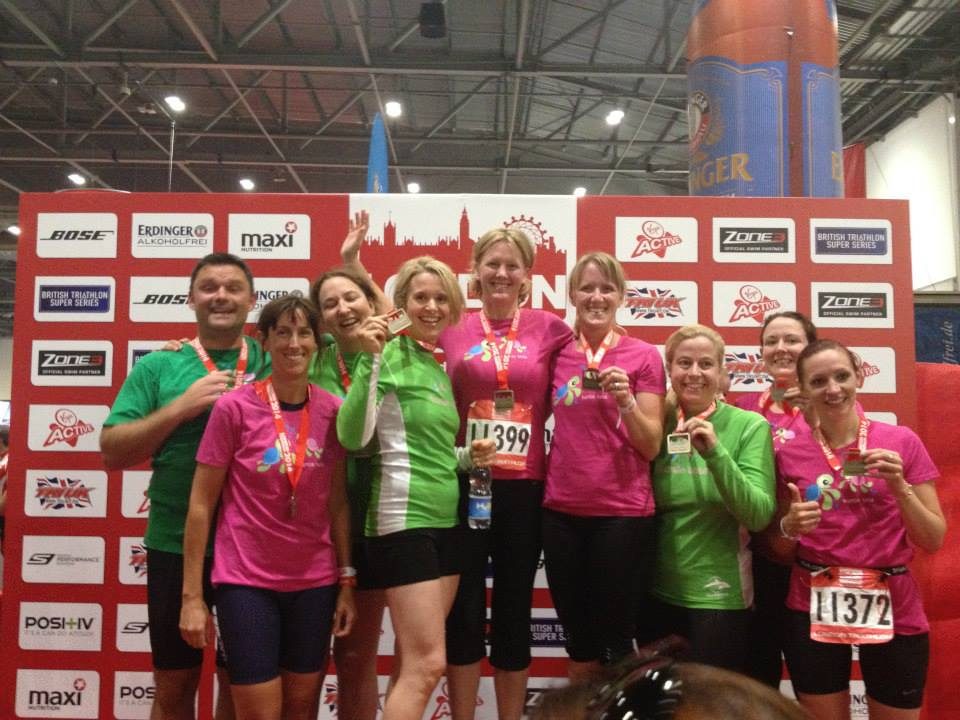 Michelle Lee writes from Oz: “I live in the middle of the Outback in Australia in a place called Mount Isa – you might remember us from the news when the snake ate the crocodile last year. This happened right where our triathlon club hold their open water training sessions! Back in 2012 I was 101kg, walking 10km and swimming 1km every single day while eating a diet of less than 1200 calories a day and still putting on weight. I was being sent from specialist to specialist to work out what was wrong with me…

As it turns out, I was allergic to just about all the food I was eating. You can imagine, this was very frustrating and getting me down mentally. I had been to a local triathlon called the Dirt N Dust as a spectator for the last couple of years and I thought: ‘You know what? I don’t care what size I am, I am fit and I going to do it!

“Fast forward 12 months and I’d completed my goal of the Dirt and Dust Triathlon (800m/25km/5km), ran my first half marathon and followed that the next week with a 140km bike ride for charity. I then set my sights on my first Olympic distance tri in November 2013 at iconic Noosa event on the Sunshine Coast. I was nervous of course, but determined to race at my own pace and enjoy every moment. I high fived everyone I could and still managed to come in under my goal time by more than 15 minutes. I was definitely hooked! 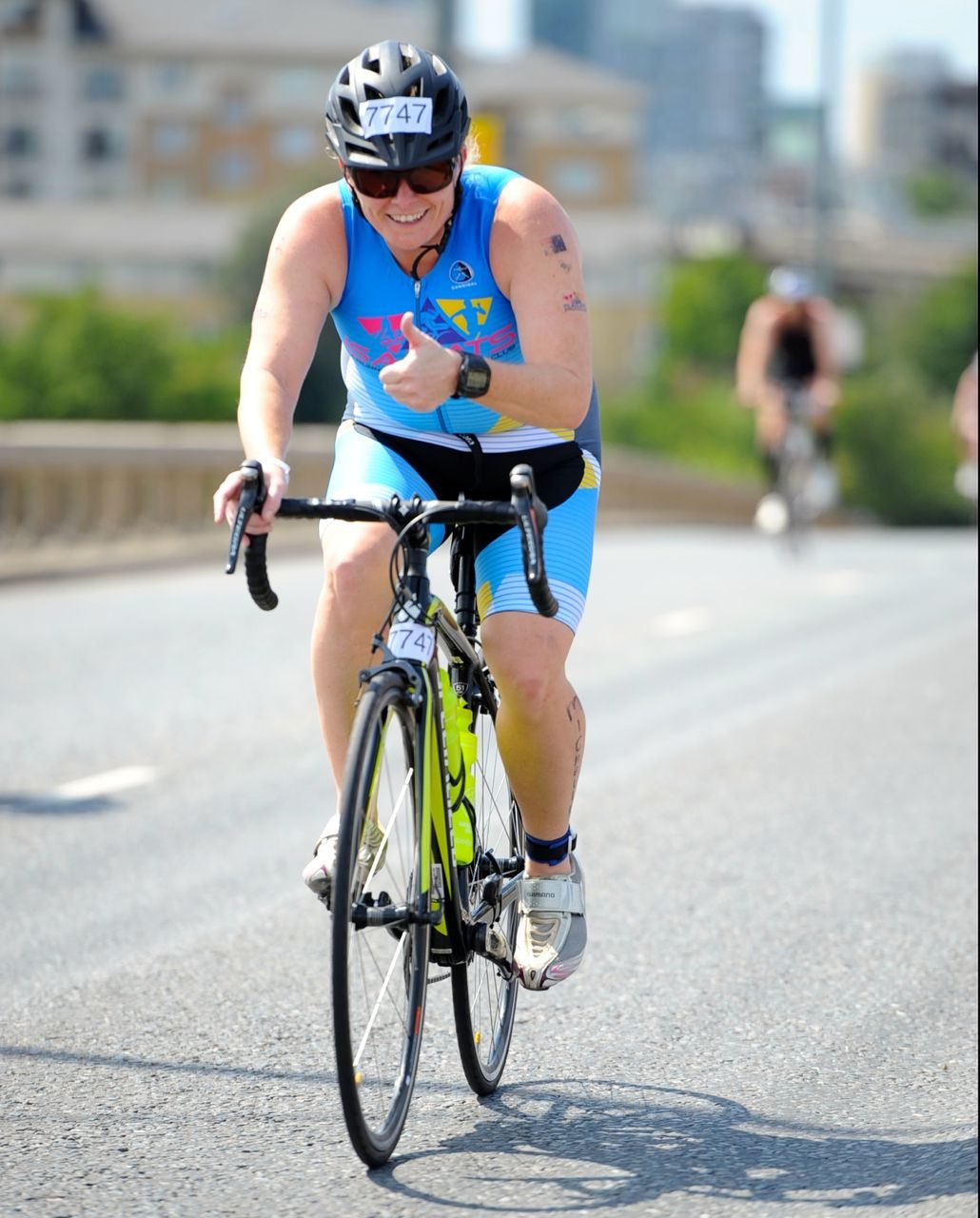 “So when an email appeared in my inbox saying that the registrations for the world’s largest Olympic distance tri in London were now open my interest was sparked enough to enter. On the day itself I was really nervous standing in the holding bay waiting for my wave to start, but a good nervous. I had just told myself that I all I have to do is keep moving forward in the swim and the rest will take care of itself.  And I was right, the swim was absolutely terrible!!  But I made it out the other side and got on my bike and off I flew, grateful to cross that finish line with my signature sprint finish and get my photo.”

Paula Green did her third London Tri last year: “I’ve come a long way in three years… An asthmatic all my life, three years ago I couldn’t run to the end of my lane.  I’m a good swimmer and reasonable cyclist but could never run. I started running so that I could attempt a triathlon and after my first super sprint (where I walked the run) I was hooked. I joined a 5k course online and slowly build up the distance I could run.

“The London Triathlon Olympic distance seemed like something beyond my capabilities but three years ago I signed up.  For me it was like entering a marathon. In 2012 the weather was – cold and very very wet, I had a hip injury and a chest cold – not good for an asthmatic – but I did it! Roll on to 2014 and I completed the London Triathlon Olympic distance one week after Ironman Zurich – and got a PB!!!! Not bad for someone turning 50 next year.”

Kate Burgoyne says she watched her brother take part in the London Tri in 2011, and remembers being so impressed by all those taking part, but also quite happy just to watch and cheer everyone from the sidelines. “I never believed it would be something I’d ever complete. Fast forward to August last year and I had just completed my first Olympic distance tri there. Tired, emotional but also elated – the journey there however was not so smooth.

“As my daughter grew up I managed to exercise more and started thinking maybe I could do compete in triathlon. I entered Mallorca as my first Olympic distance triathlon. A back injury had meant I virtually had to stop running but I decided to still try and, although terrified in the race briefing surrounded by an endless supply of ‘proper’ athletes, I couldn’t wait to be on the start line the next morning. I received a phone call shortly after the race – my Dad was dying and that night I flew home on my own to be with him. He had been suffering from a rare form of cancer which he had bravely battled for five years, and a few days later although he fought to the end, the battle ended and he passed away. 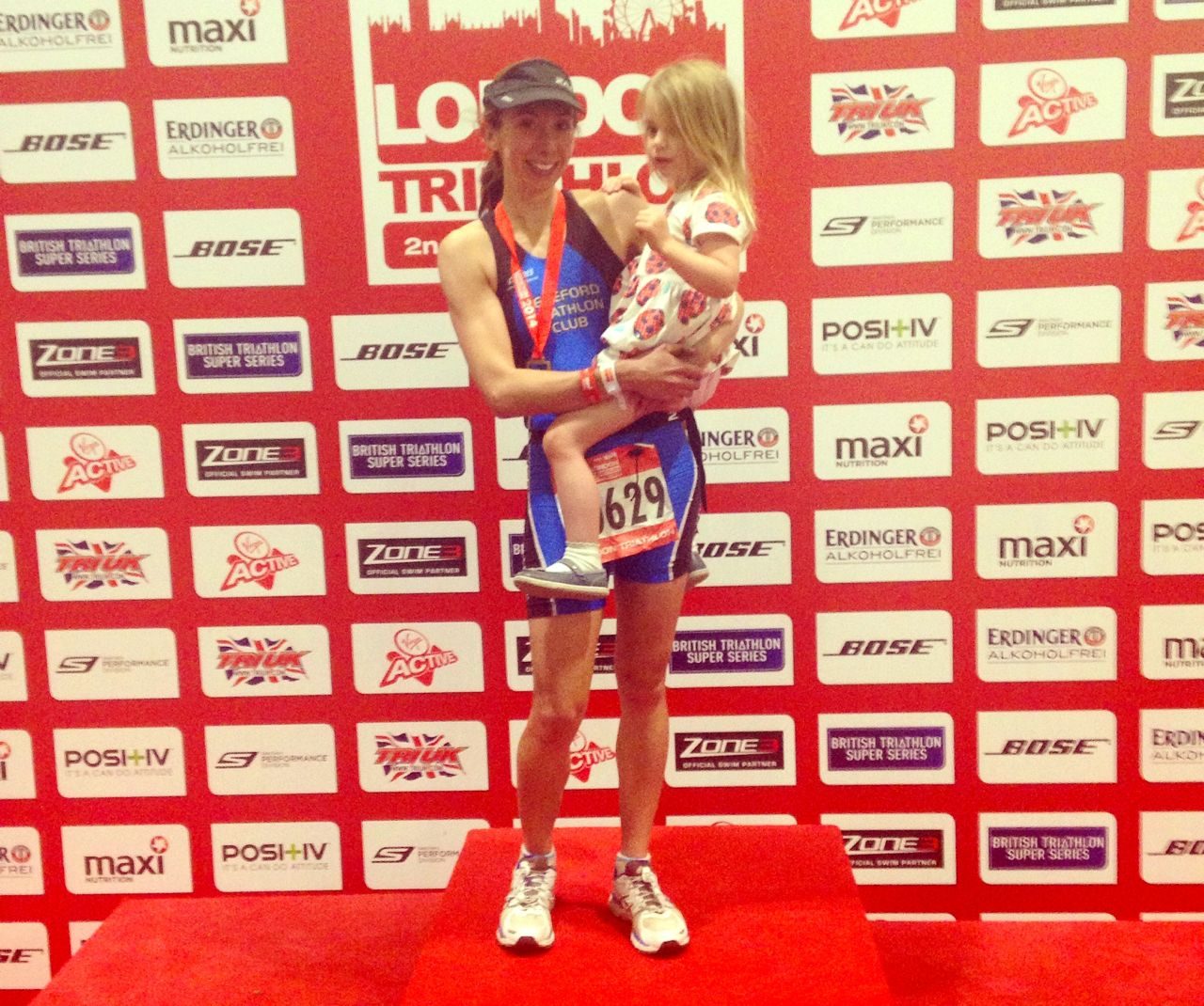 “It hit me hard and although I still kept training my heart was broken and even racing again seemed far from my thoughts. A month later though an email came through that changed all that. I had won an entry to the London Tri. It felt like fate and I decided I would race London for him. So 2014 and this time I was on the start line with my brother and daughter waving eagerly at me. The atmosphere was amazing and meant that time flew. It felt like I took my Dad round with me and the thought that he would be proud pushed me on when my body started to complain. I finished in 2:37hrs and beat my brothers time!”

Finally, Paul Nash says he had some real lows and highs: “Last year was a frustrating race in many different ways. This was my last race before tackling Ironman Mallorca, as part of my charity challenge to raise money for Macmillan Cancer Support. Unfortunately I had my race bike, a Trek Speed Concept 7.5, stolen from hotel security on the morning of race. Arrived with no bike, and then was helped by wonderful people organising the event & Tri-UK who got me a bike. I swam strong, struggled on the bike as I’d only ridden it for two minutes before the race and only had two gears top and bottom (thank goodness the course is relatively flat!). I then ran brilliantly, imagined I was chasing the bike thieves, and SET A NEW PERSONAL BEST BY SEVEN MINUTES!”

You can enter this year’s London Triathlon here: www.thelondontriathlon.com.

Did you race the London Triathlon last year? Let us know in the comments below!

London Triathlon: Helen Jenkins ‘had a bit of aggression to let out’