Following her victory at July’s Challenge Roth, Switzerland’s Daniela Ryf has confirmed her position as the greatest long-distance triathlete on the planet today by taking the Ironman World Championship title in dominant fashion. The Swiss finished in 8:46hr to break Mirinda Carfrae’s Kona course record by over 5mins.

The 3.8km pro women’s swim followed a similar pattern to the men’s, with a fast pace set early on and a large group forming at the front. Brit Jodie Swallow surged to the front halfway through, with last year’s winner Daniela Ryf (SUI) keeping up with the leaders. It was veteran American Meredith Kessler who would emerge from the water first, with a huge string of athletes following her off the pontoon. 2012 champion Leanda Cave was out in second place. 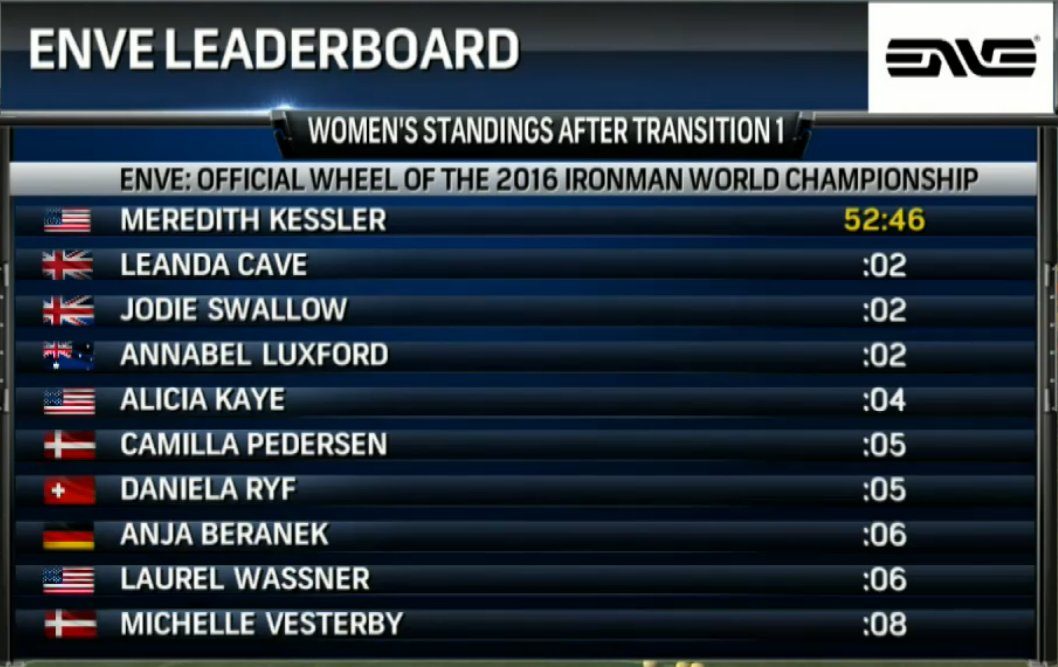 On the bike, a group of 13 women were strung out along the course early on, with Kessler and Cave mixing it up at the front. This wasn’t to last long, as Daniela Ryf hit the front 20 miles in and stayed there – the only athlete to follow was Anja Beranek (GER) and the two of them continued to build their lead throughout the bike leg.

With multiple champ and formidable runner Mirinda Carfrae 15mins back, Ryf powered on and, at the 75 mile mark, she made a gap on Beranek and moved 40 secs clear. In her final Kona race before retirement, Mary Beth Ellis (USA) in 3rd was a further 3mins back.

Coming into T2 and Ryf was in her own post code, effortlessly chewing up the tarmac to create a 8mins lead over Beranek before the run. That advantage was 22:15mins over Carfrae, and the title was Ryf’s to lose.

And lose it she wouldn’t, breaking the tape in 8:46hr. The time was 5mins faster than Carfrae’s course record, with the win confirming Ryf’s position as the greatest long-course female athlete on the planet who, at just 29, still has plenty of records to break and titles to take.

More reaction and age-group results to come from Hawaii…