What to look for in a tri wetsuit

Why a triathlon wetsuit is worth the investment, and what to look for when buying

You’ve already splashed out on a bike and run shoes, and your Cornish pal’s offered use of his surfing wetsuit. ‘That’ll do,’ you think. ‘They’re essentially the same and it’ll save me a hundred quid or so.’ Wrongggggg a tri wetsuit is very different from a surfing wetsuit…

When surfing, you’re primarily looking for insulation and durability. That’s on the triathlete’s checklist too, though you’re also after flexibility, especially around the shoulders and beneath the armpits for ease of stroke movement.

Buoyancy’s important too, as is a form of coating – usually SCS – that reduces drag through the water. That said, all wetsuits in all aquatic sports have one thing in common…

How much buoyancy does your triathlon wetsuit need? 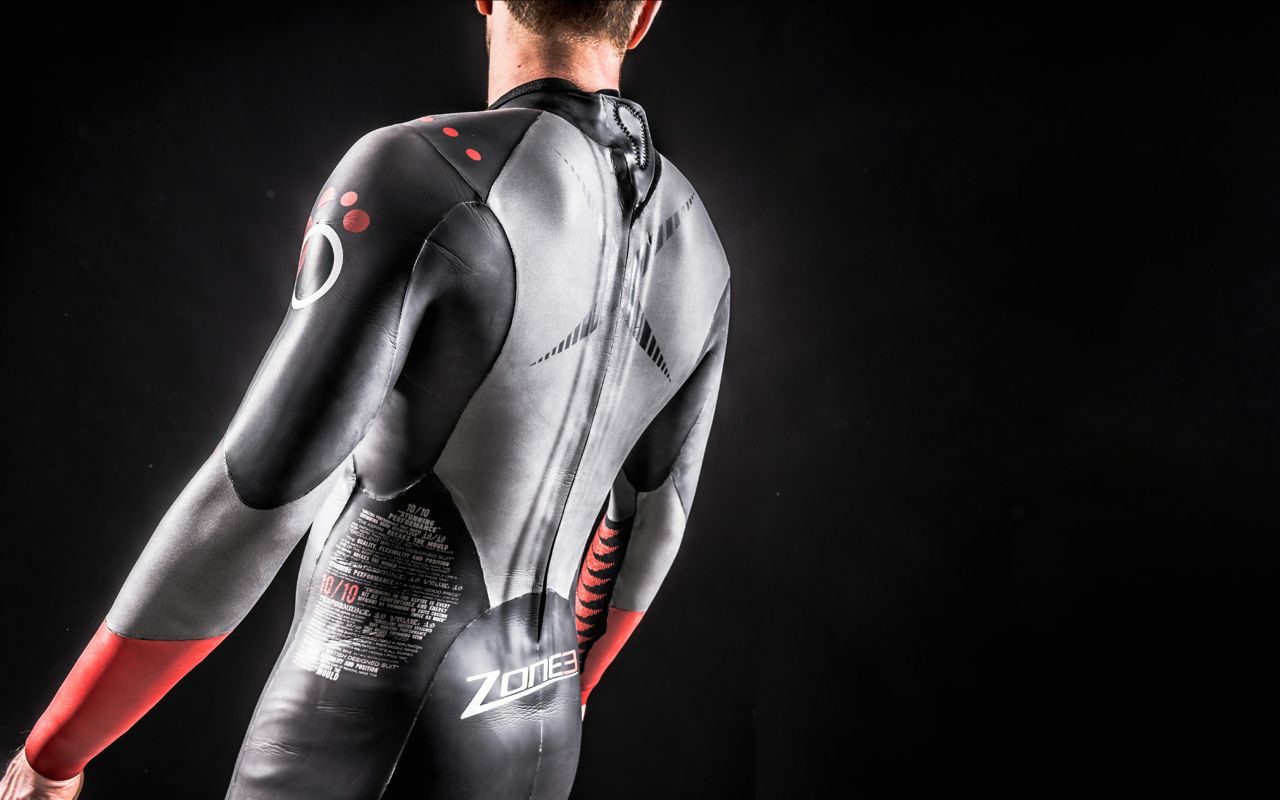 Despite its name, many new to triathlon are disconcerted by the sudden rush of water into the wetsuit. Don’t be. “The idea is that a thin layer of water enters the suit and warms up next to your skin,” says Richard Stannard (aka The Fish), who was first out of the water at the London Triathlon 10 years in a row.

“What you don’t want is an exchange of water flushing through. That’s why fit is so important [which we’ll come onto later]. Of course, there are triathlons that don’t require a wetsuit. These are either pool-based or if the water’s too warm.”

That’s where the British Triathlon Federation rule book comes in. Like bicycles and the UCI, triathlon wetsuits must adhere to certain specifications directed from on high by the International Triathlon Union. It’s a pretty exhaustive tome, but the highlights include:

■ Minimum water temperature at which wetsuits are optional is 14°C.

■ Wetsuits are deemed unsafe and banned if water temperature is above 22°C for a 1,500m swim, up to 24°C for an Ironman swim.

Of course, if you’re lucky enough to swim in warmer climes, you can always wear Speedos. That’s what Bill Phillips did en route to winning the first documented triathlon, in San Diego in 1974; in fact, it took another 10 years before French firm Aquaman produced the first commercial triathlon wetsuit. In 1987, the founder of Quintana Roo, Dan Empfield, released America’s first triathlon wetsuit and a new product was firmly established.

Fast-forward to today and, as you’ll have discovered there are many good- quality manufacturers to choose from, including Orca, Huub, BlueSeventy, Speedo, Zone3 and 2XU. Despite their unique qualities, each will tick off most – if not all – of the features listed on the following Wetsuit Essentials page (see below). 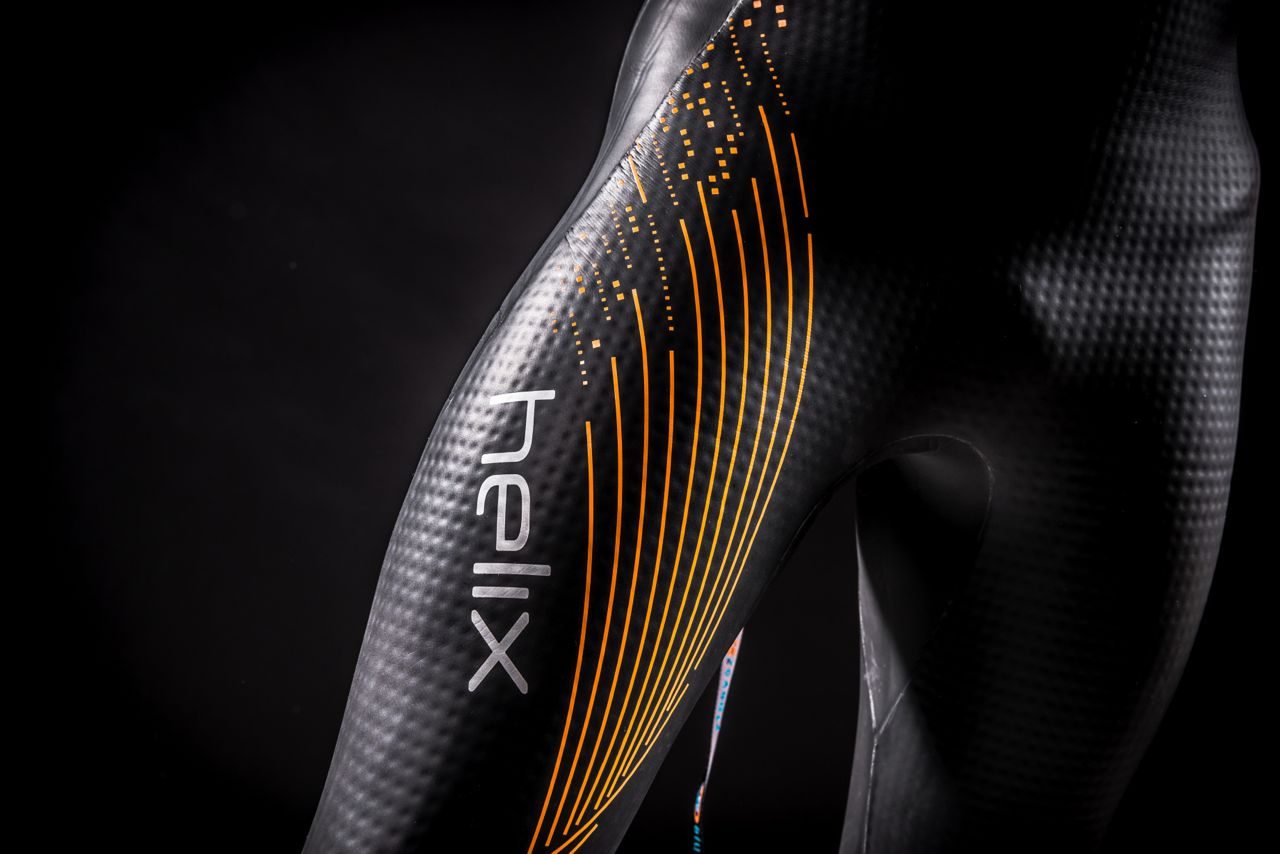 Over the past few years, many manufacturers have dropped their entry-level models to around the £100 mark. A quick scan of Wiggle and you can purchase a dhb wetsuit for £85 and a Speedo Event effort for £96. These are perfectly adequate. As the price rises, you can expect better materials (Yamamoto 39 neoprene instead of 38, for instance) for lower drag and improved flexibility, increased durability and an array of marginal-gain innovations like catch panels.

Wiggle and their online brethren inevitably offer greater discounts on shop-bought wetsuits. However, in wetsuit world, this could be a false economy. Each manufacturer cuts and binds their swathes of neoprene differently, so trying before you buy is essential.

“You can slip one on in a shop and do some arm swings, and some even have an Endless Pool to really test it out,” says Stannard. “However, the ideal is that you head to a lake that offers open-water swimming mornings and wetsuits to sell for you to test in.”

A number of lakes, like Heron in Middlesex, sell one brand of wetsuit (in this case Xterra). Others, like Stannard’s sessions at Marlow, now offer a number of test wetsuits, from BlueSeventy to Zone3. 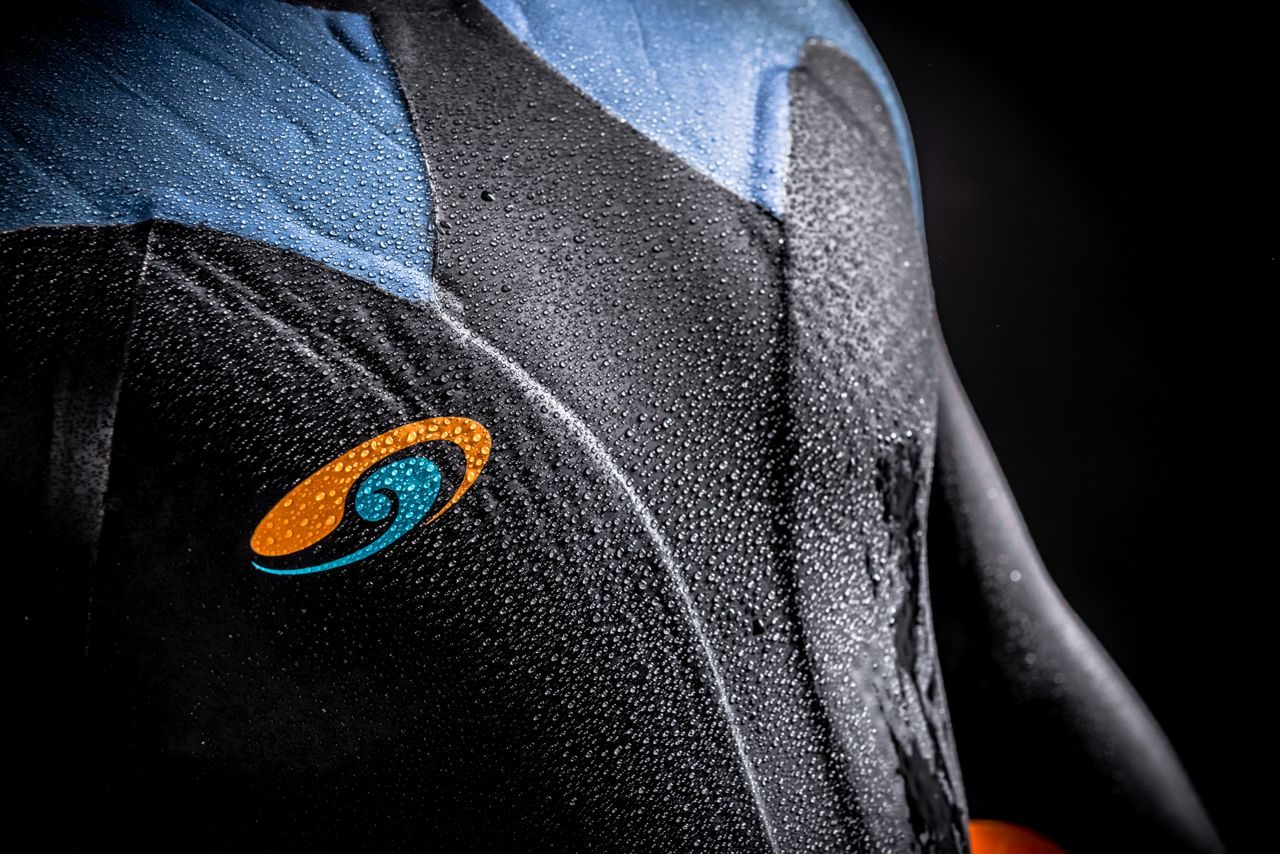 Once you’ve acclimatised to the different feeling of swimming in a wetsuit, mastered open-water technique and are confident in your stroke, how much time can you expect to save covered in neoprene compared to swimming au naturel? Research from France showed that in well-trained triathletes, a wetsuit saves 70–80secs over 1,500m in just trunks. That rises to 90secs for weaker swimmers.

In both groups, fit proved vital, and it’s a sentiment echoed by Stannard. “For years I used off-the-peg suits, which were great, but nothing compared to the custom-made suit I’ve got from Snugg. I led out every swim last season and I’m 40! I’ve tested every suit I’ve ever worn in a lake and gauge their proficiency by measuring times over a set loop. I was shocked by how much quicker I went in the Snugg. And I’m not being paid to say this!”

Whichever wetsuit suits you, you should look to hit open water as soon as possible, which could mean late April. The water’s still nippy then, so a few accompaniments will increase your enjoyment and comfort. These include booties, gloves and a neoprene cap. However, note that gloves and booties aren’t allowed at the races.

Finally, once you exit the water, keep your suit in top condition by listening once more to The Fish. “Don’t fold it; roll it from the ankles up into a tube and store in a bag. When you’re home, hang it over a clothesline through its middle so it drip dries and doesn’t crease.” 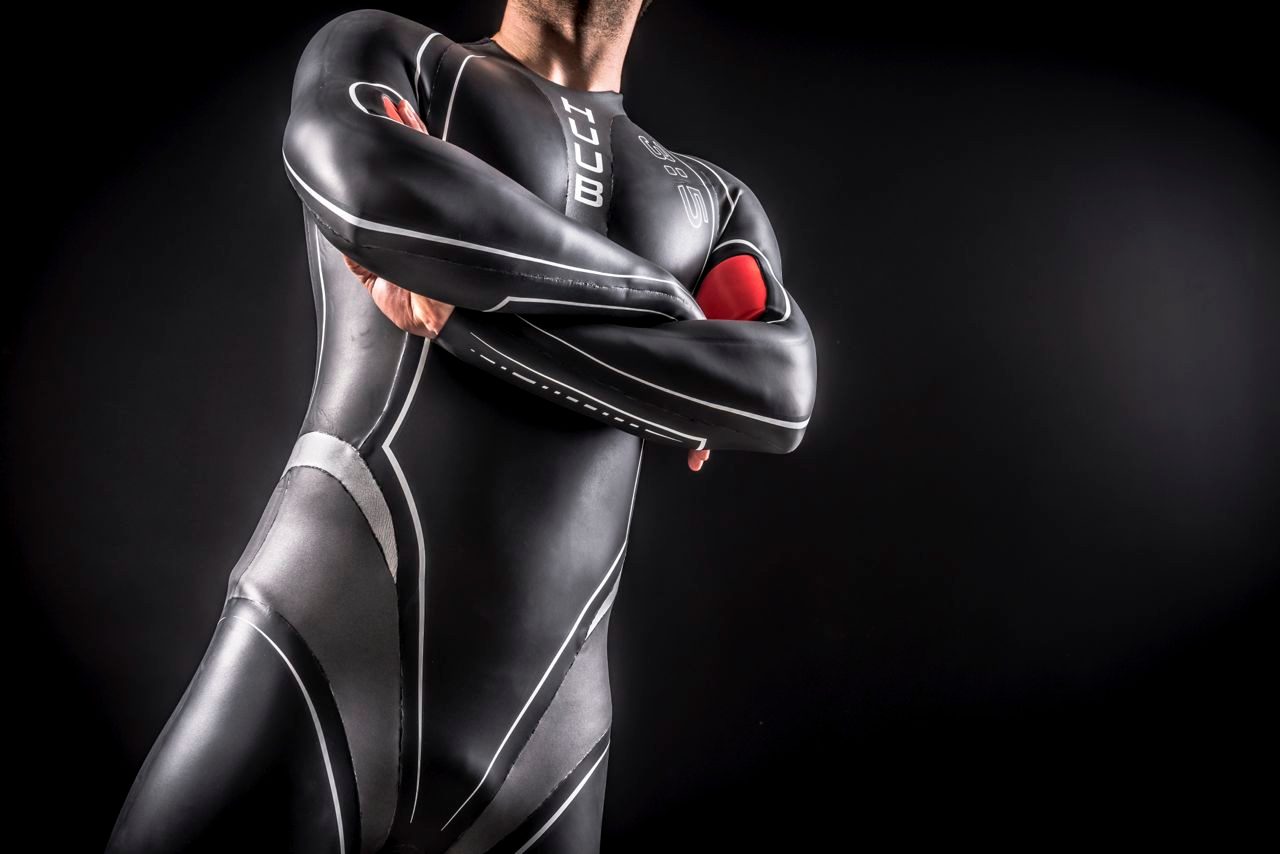 So what should you look for in a triathlon wetsuit? Here are our five essentials…

The most important aspect of a triathlon wetsuit. Too loose and water will gush in and out and never warm up; too tight and your stroke will be restricted, leading to fatigue and frustration.

Ultimately, a wetsuit should be snug and not lead to tourniquet. This applies to full wetsuits, and also the less-common shorties and sleeveless versions.

Wetsuits are comprised of neoprene panels of varying thicknesses up to 5mm. In areas seeking greater buoyancy, like the legs, 5mm is often used.

Thinner neoprene (commonly 3mm) is used where flexibility’s needed and buoyancy is less of an issue, like the shoulders and latissimus dorsi (back muscle) area. One of the big innovations for 2015 is Orca‘s introduction of 0.88mm Yamamoto fabric for the luminescent ultra-supple neoprene panels on and under the arms of its new Alpha wetsuit: 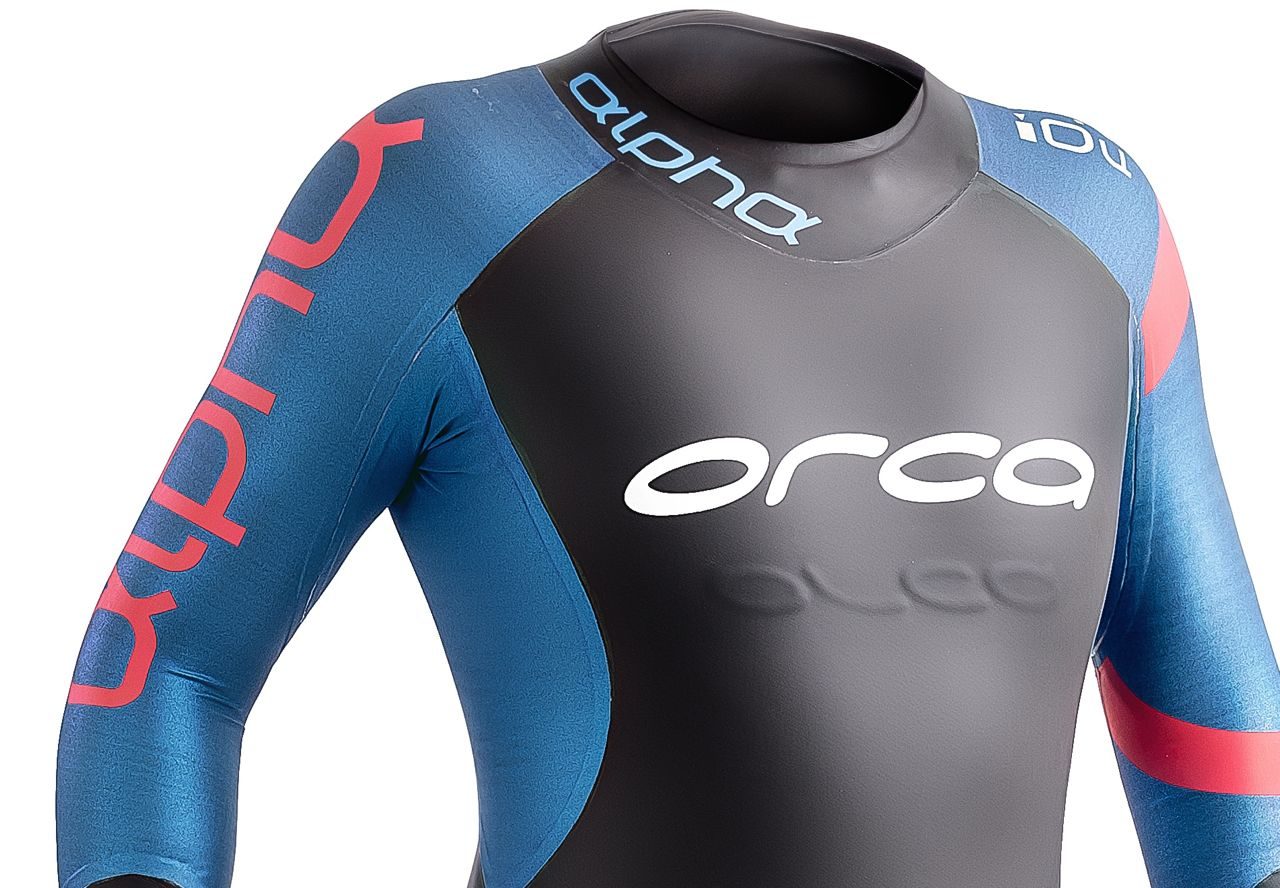 Historically, wetsuits zip down for removal, with the zip string located near your neck and clamped in place by a strip of Velcro. This has the advantage of being able to zip yourself up, which can come in handy if someone inadvertently tugs you during a race.

A recent innovation is a zip-up-closure system. These are fractionally quicker to unzip in T1, but you’ll require help to zip up before the off.

The occasional beginner’s suit, but all mid-range suits and above, will feature SCS coating – or nano SCS coating – which is essentially a slippery layer that reduces drag and friction through the water.

There are a couple of variations of how a wetsuit is put together, but the most common is by gluing neoprene before applying heat. It’s then stitched across the seam. Extra tape is sometimes added at extreme stress points. Top-end suits are virtually seamless. 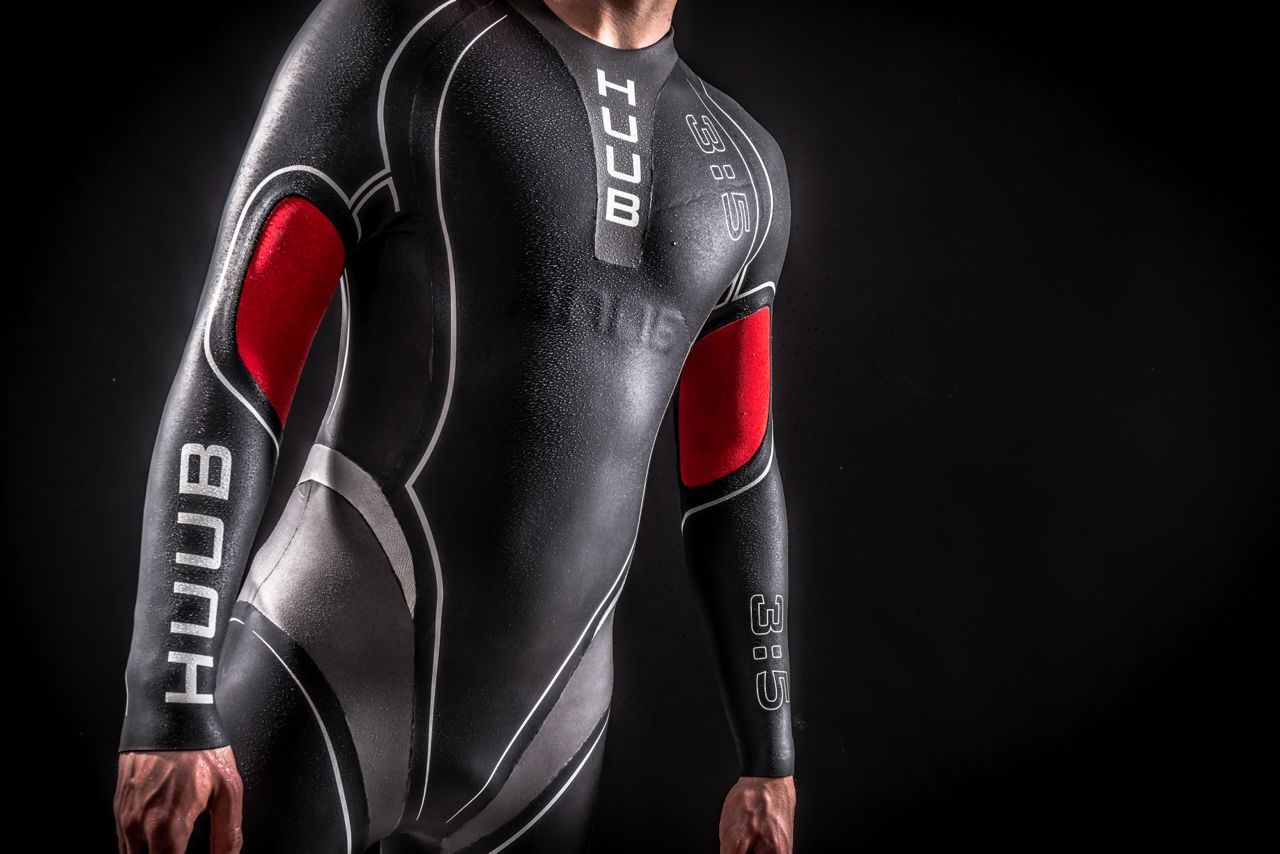 Catch panels are used by many manufacturers and are generally – though not exclusively – seen in a brand’s top-end suit.

“Our Concave Water Entrapment Zone (CWEZ) increases the surface area on your forearm,” says Mike Martin, 2XU’s UK marketing manager, about how their technology works. “It has the same effect as swimming with paddles, but to a lesser effect so that it remains legal.”

Here are the top five models from our last wetsuits grouptest: 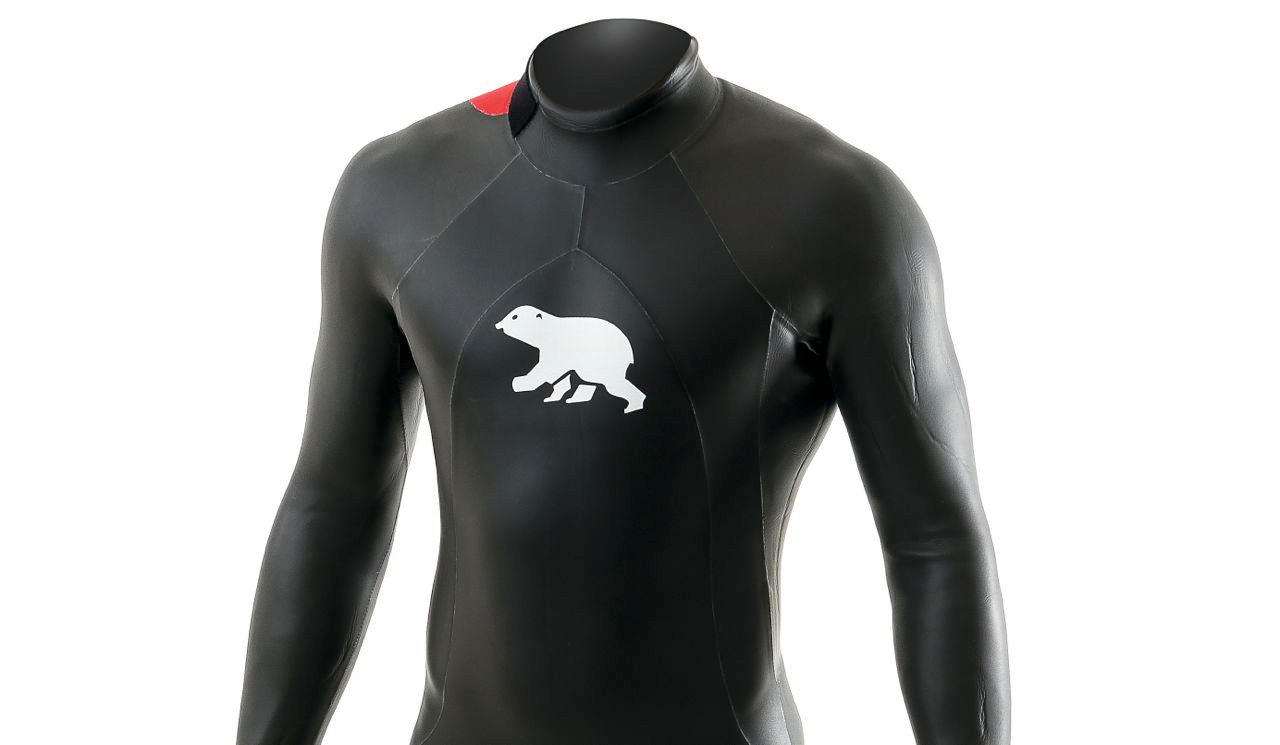 The mid-range offering from the Cornish pioneers, whose USP is the custom-fitting option to ensure the ultimate fit. For more info head to www.snuggwetsuits.co.uk. 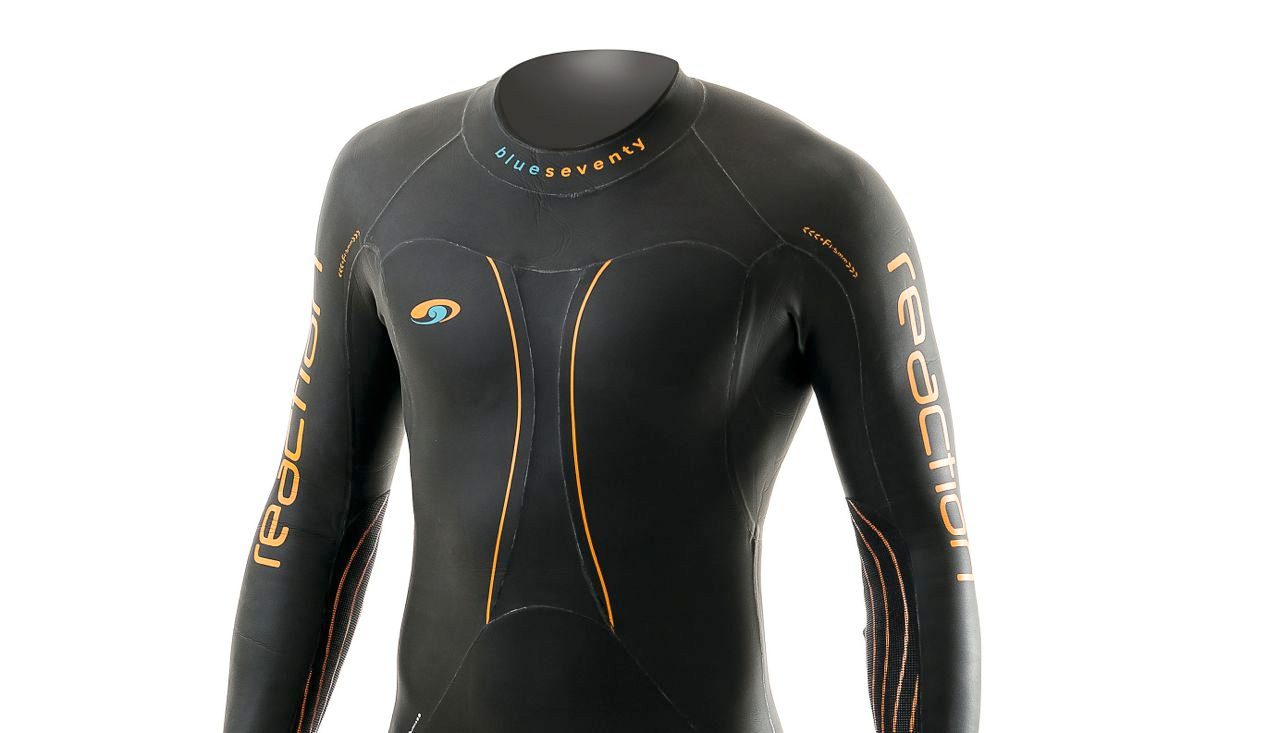 Nestling below the award-winning Helix, this still offers plenty of the Kiwi brand’s famous flexibility. For more info head to www.blueseventy.co.uk. 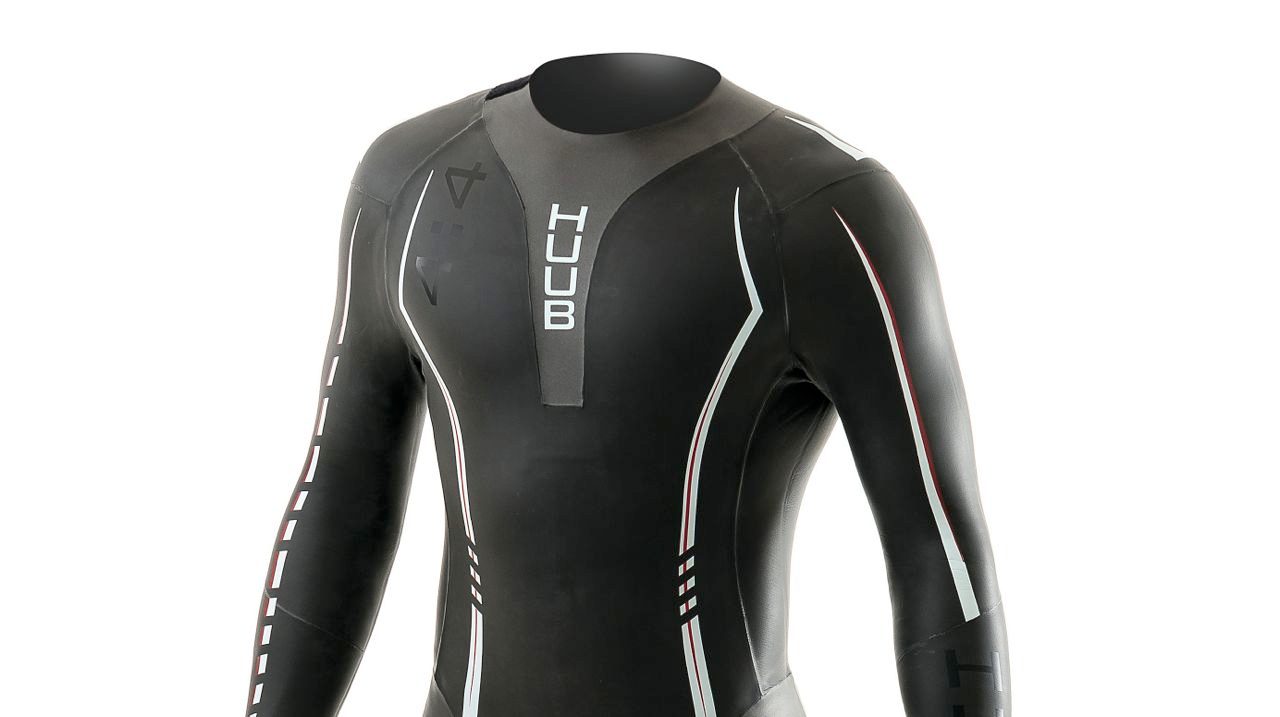 Available in two types of neoprene thickness, either 3:5mm (for weaker leg kickers) and 4:4mm (for stronger swimmers). For more info head to www.huubdesign.com. 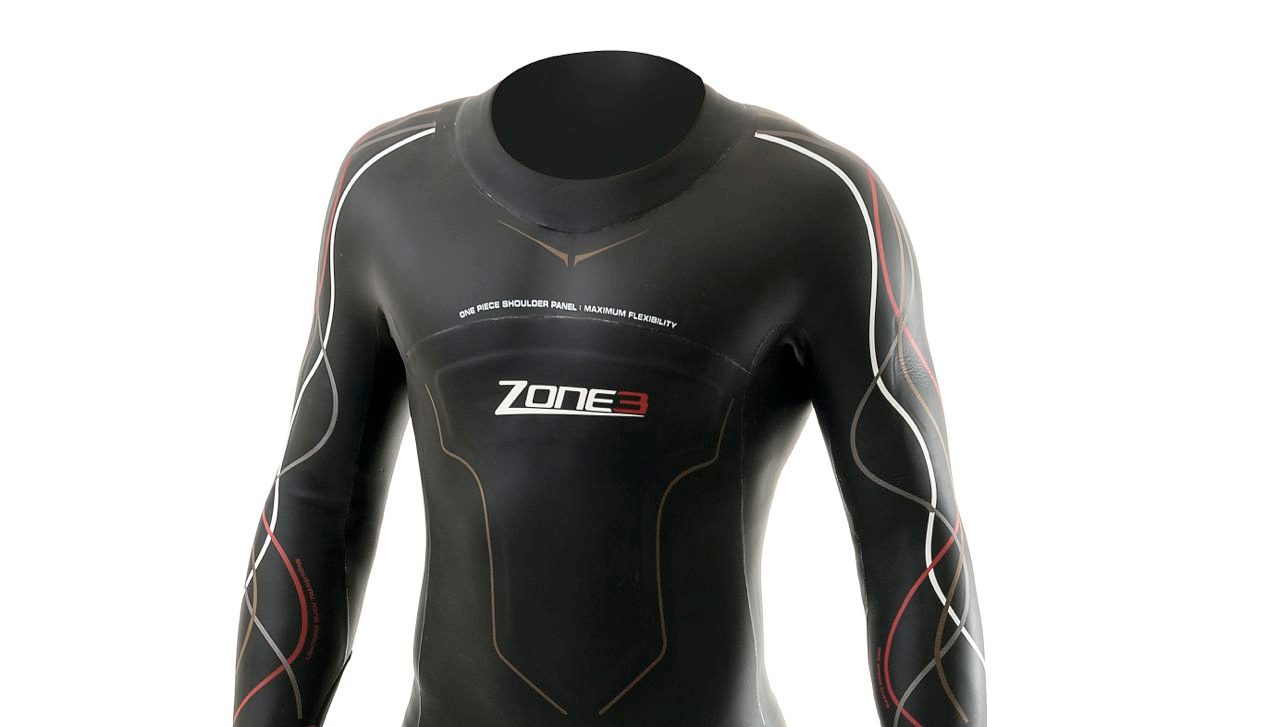 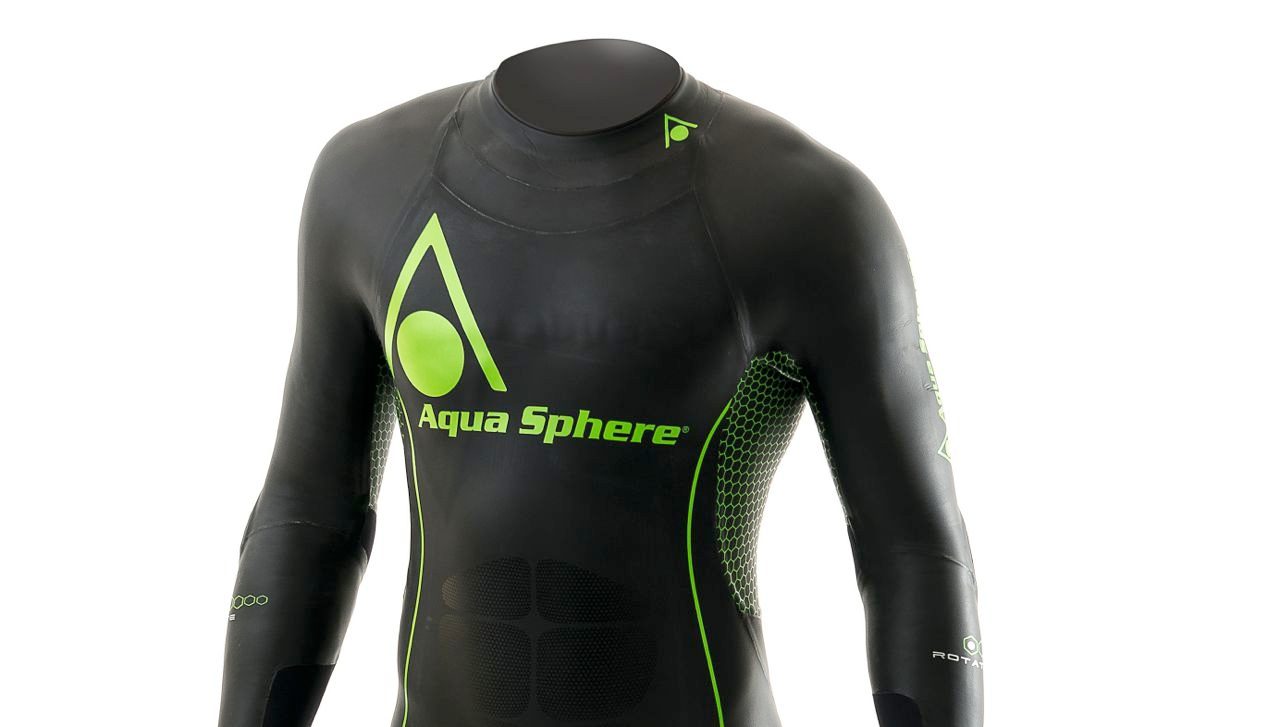 Plenty of features are packed into the Italian’s top suit, even six-pack graphics on the abs. For more info head to www.aquasphereswim.com.

How to swim in a wetsuit

Triathlon wetsuits: 14 of the best tested and rated