On Saturday 27th June, Joe Skipper made history by becoming the first British male triathlete in 19 years to take a medal at the ITU Long Distance World Championships in Motala, Sweden.

Joe swam 1.5km (shortened from 4km), cycled 120km and ran 30km in one of the most exciting races this year to claim 3rd and the bronze medal. Here’s the race in his words….

On the day of the race we were told that we would be racing over a shorter swim distance, 1,500m rather than 4km due to the temperature of the water being too cold. It was 14.3°C and it felt very cold to me.

We weren’t able to do any kind of warm-up before the start as the event organisation team wanted to assemble all the elites together 30 minutes beforehand. 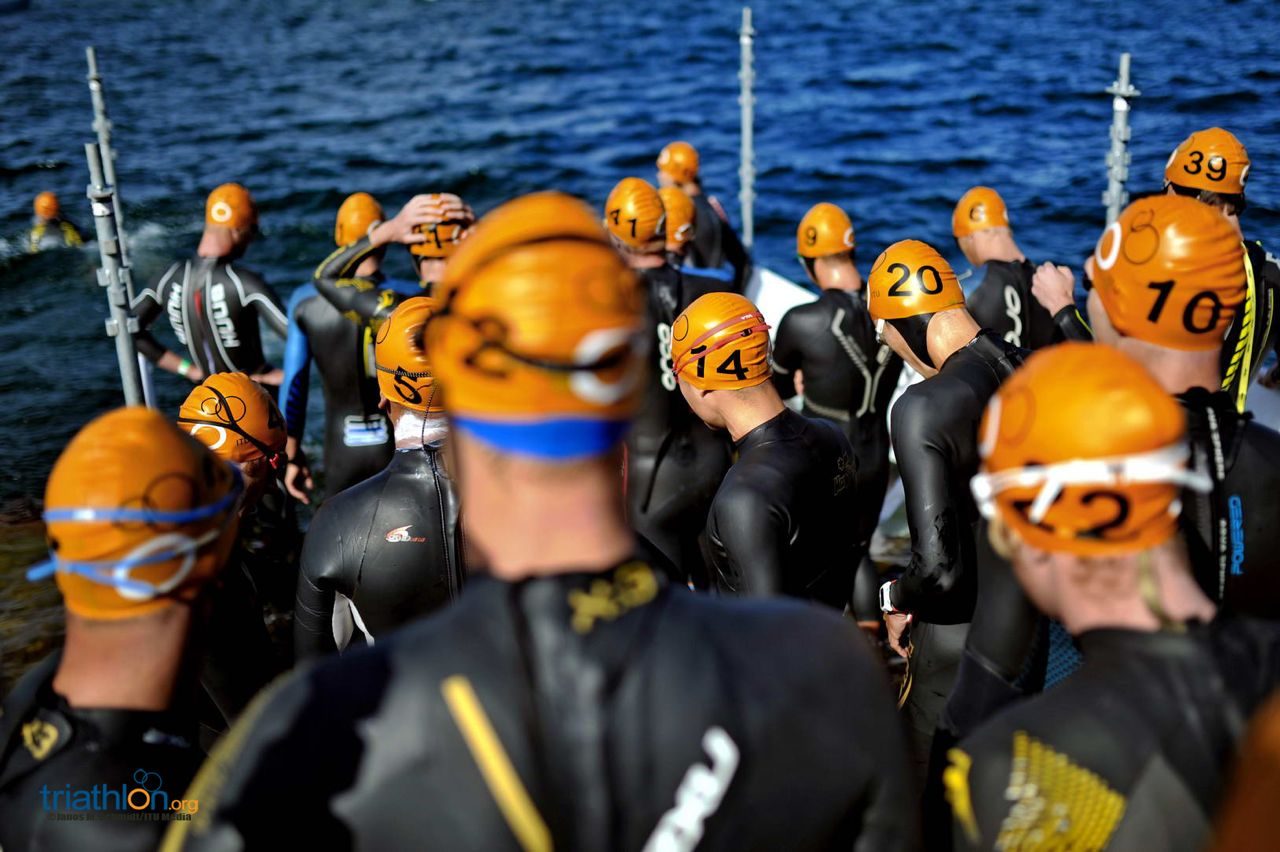 This didn’t play into my hands as I’m like a diesel engine and always warm up before hitting the turbo, so when the race started I struggled to breath, the water felt very cold and it was quite a shock to the system.

I think I found myself getting out in the third pack in 36th position and losing time to athletes I would hope to be amongst at this stage in the race.

Out onto the bike and I felt pretty good. I wanted to average between 330-340w for the duration of the bike unless it got tactical and then I knew this would drop. I was by myself for the first 70km, passing individuals until I caught a group containing Ronnie Schildknecht, Patrick Nilson and a few others. I put a dig in but it came to nothing and the guys were on me like a rash.

My legs were feeling it a bit around 85-90kms into the race and I thought I would play it tactical, so I stopped looking at the power then and thought I would see how I fared on the run. I think the average power over the three laps ended up being around 315w, it was 335w after two laps so the last lap was around 285w. 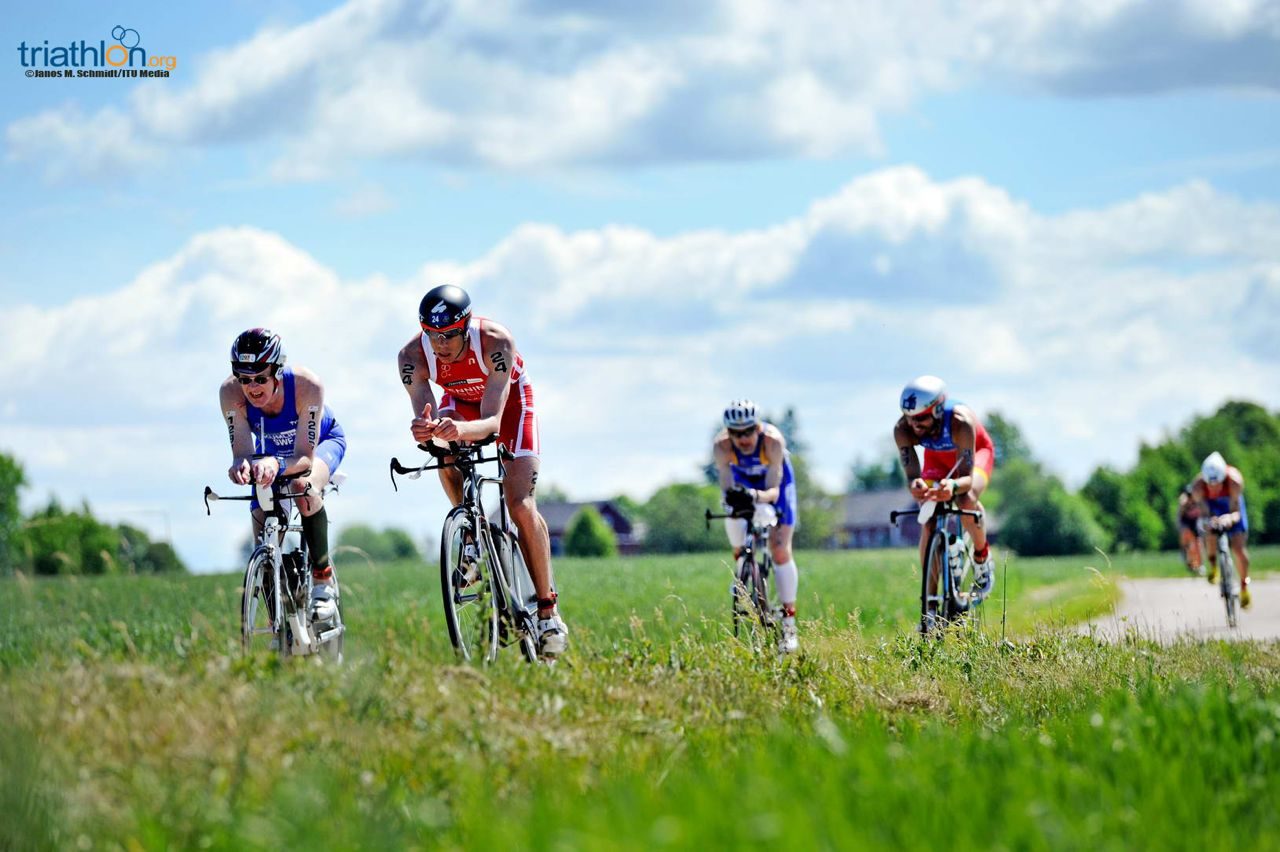 I knew I could do a good run as I’ve been hitting some decent times in training and that in Texas (at the Ironman North American Championips where I finished 2nd) I didn’t run anywhere near to what I’m capable of. I came off the bike in 11th and the group I was in contained the guys from 7th-11th place. I started with Swedish pro Patrick Nilson, who I knew was a very good runner and I thought I would let him set the pace and just go with it.

I wasn’t looking at the pace on my Garmin, I just have it on time-of-day setting and ‘run to feel’ but I do get it to lap every mile. The first mile was 5:30mins which was pretty quick, quicker than what I was expecting, but it felt good and I thought that we would be taking some decent time out of the guys ahead. 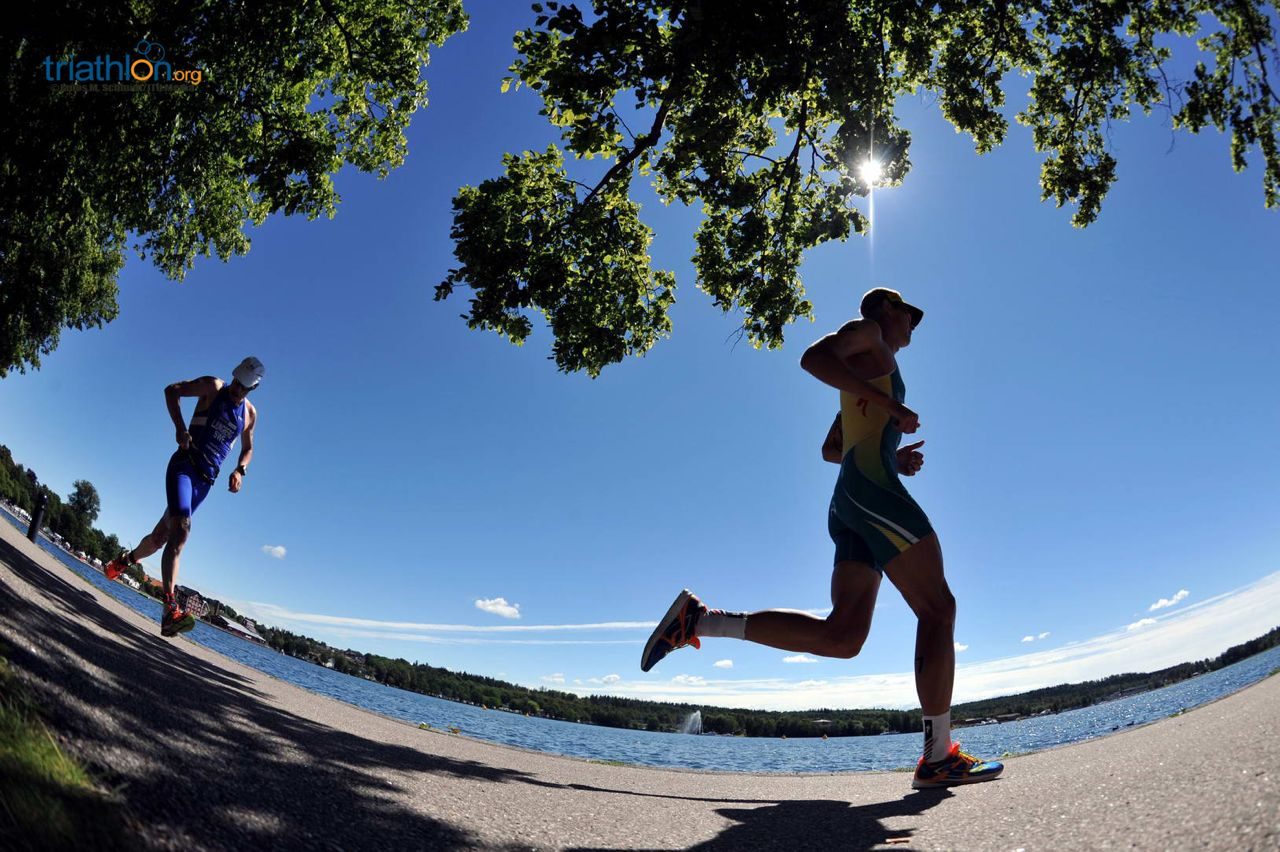 After around 3-4 miles Patrick (Nilson) and Ronnie (Schildknecht) dropped me, I went through a bit of a bad patch here and had to have a few words with myself, I don’t think I can repeat them on here but I’m sure you get the idea. Half a mile later and I was back with Ronnie and holding the gap to Patrick and then it took about 2-3 miles for me to get back on terms with Patrick.

The mile splits we were hitting were great, always in the low 5:40mins except from when we went through the forest where they were like 6:10mins. I think this was a problem with my Garmin getting signal though as I didn’t feel like I was going any slower and then when I would come out of the tree cover the miles were back in the 5:40mins. 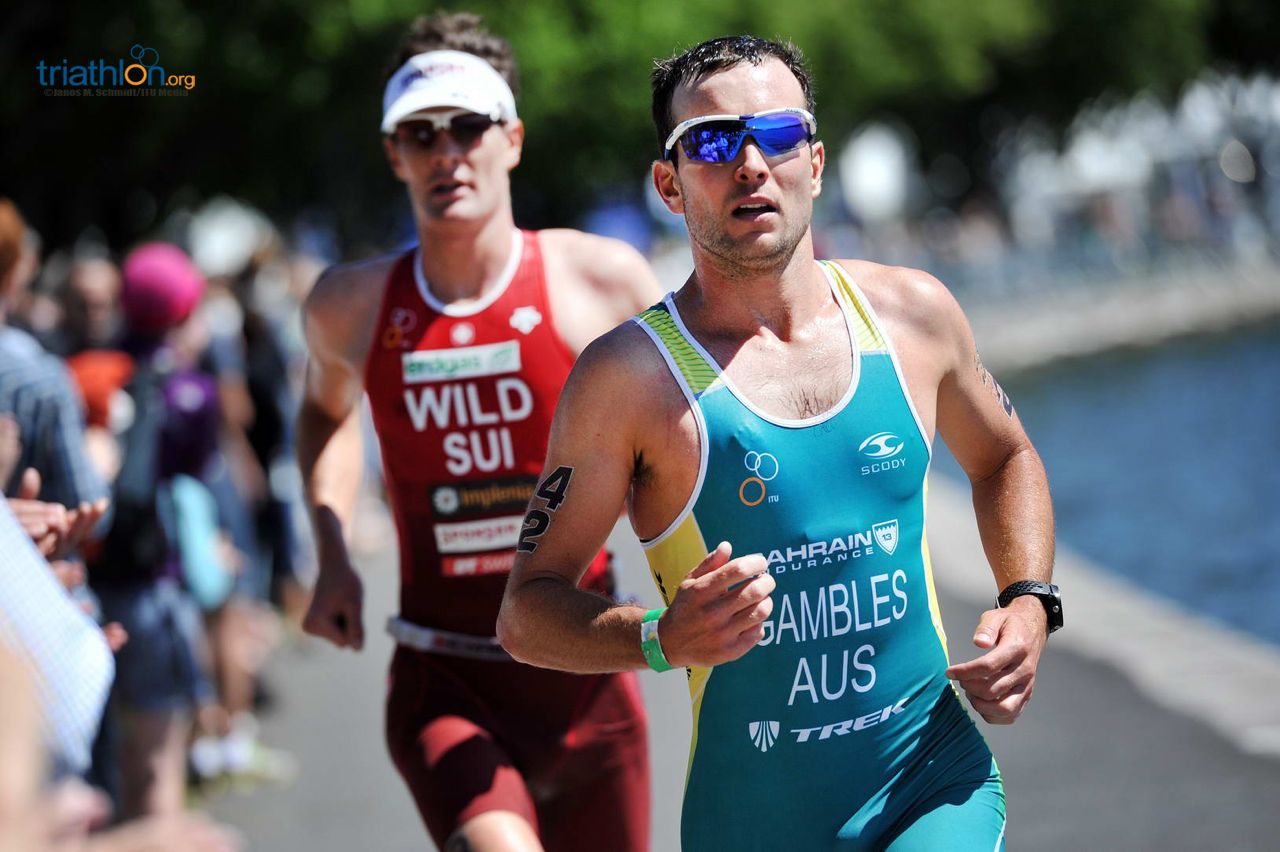 So I stopped in the penalty tent and Joe re-overtook me and Patrick ran off into the distance. After the 30 seconds I started off pretty hard and thought it’s boom or bust. I caught Joe Gambles and then after about 2 miles I could see Patrick, it took about another mile to catch him. I had someone shout to me you can get 3rd and that was very motivating. I was like, “Where is he?”, as people had been telling me third was only just ahead the whole time I was on the run course.

They said the guy in the red was just ahead, I could see him in the distance. I had to dig in to catch him and managed to get on his shoulder with about a mile to go. I felt pretty nailed and contemplated waiting for the sprint finish but thought people can sometimes find something extra in the sprint so I just put my head down and gave it all I had.

I got a gap and just carried on pushing. With half a mile to go I was told second is just 30 seconds in front, then someone said 20 seconds, I couldn’t see him until I got to the finishing chute and I saw him cross the line just 13 seconds ahead of me. 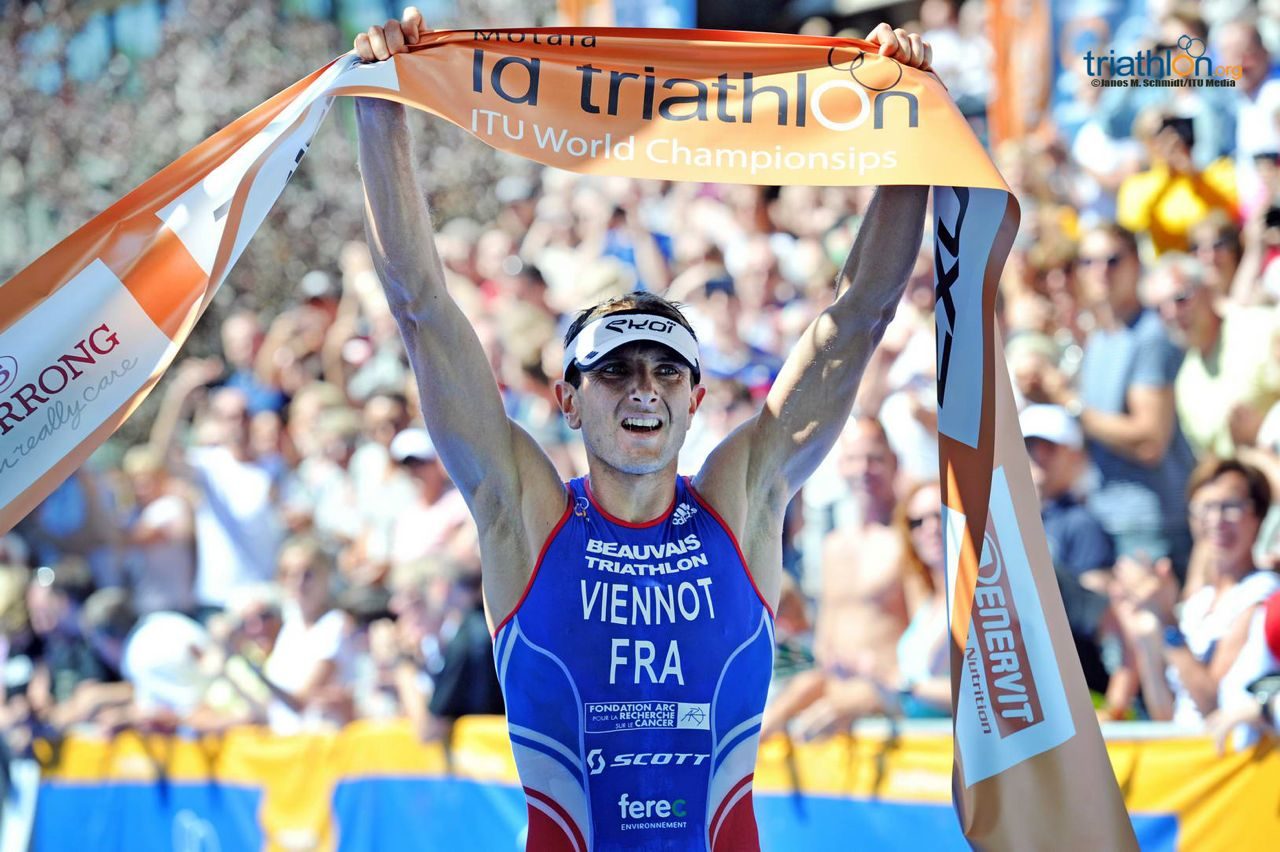 It was a great race and well done to Cyril on the win and Martin Jenson on a superb bike performance and holding on to 2nd place. I also want to say it was great to be able to race the legend Rasmus Henning who I’ve seen racing on TV and in all the tri magazines when I was starting out. As well as this it was great to meet lots of the athletes from the other nations particularly the Aussies, the Swedish and the Spanish.

It was a good laugh and the British Age group teams out there were fantastic, I had so much support and it was a brilliant experience to be a part of. Also if you’re reading this Dawn thanks for stepping up at the last minute and doubling up as age group and Elite Coach and helping with my race nutrition. The highlight though has to surely be sleeping in bunk bed with the company of fellow pro Amy Forshaw, re-living our childhood!

Thanks to all my sponsors and everyone that followed me and wrote encouraging messages prior to the race I do see them all and it’s very motivational. Also it’s great to read the comments post-race as well. I can’t wait for Ironman UK now! It’s first or nothing there!

You can find out more about Joe Skipper here: www.joeskipper.co.uk

Were you racing in Motala? Let us know in the comments below!