220 finds the pace soon cranks up at a Macca-led training camp in Newport Pagnell, days before the Jenson Button Trust Triathlon

It’s fair to say you’ve made it as a triathlete when you roll up to a training camp and the attendees have your nickname emblazoned on their lycra-covered backsides.

World champion at the standard-distance in 1997, twice conqueror of Kona in 2007 and 2010 and an ITU world long-course winner as recently as 2012, Chris McCormack – or Macca, as he’s universally known – has made a career of training and winning at the world’s most exotic locations.

Now, to add to the list of Hawaii, Sydney, Phuket and San Diego, and just a roundabout or six from Milton Keynes, is Newport Pagnell – the much-heralded home of the inaugural MaccaX UK training camp. 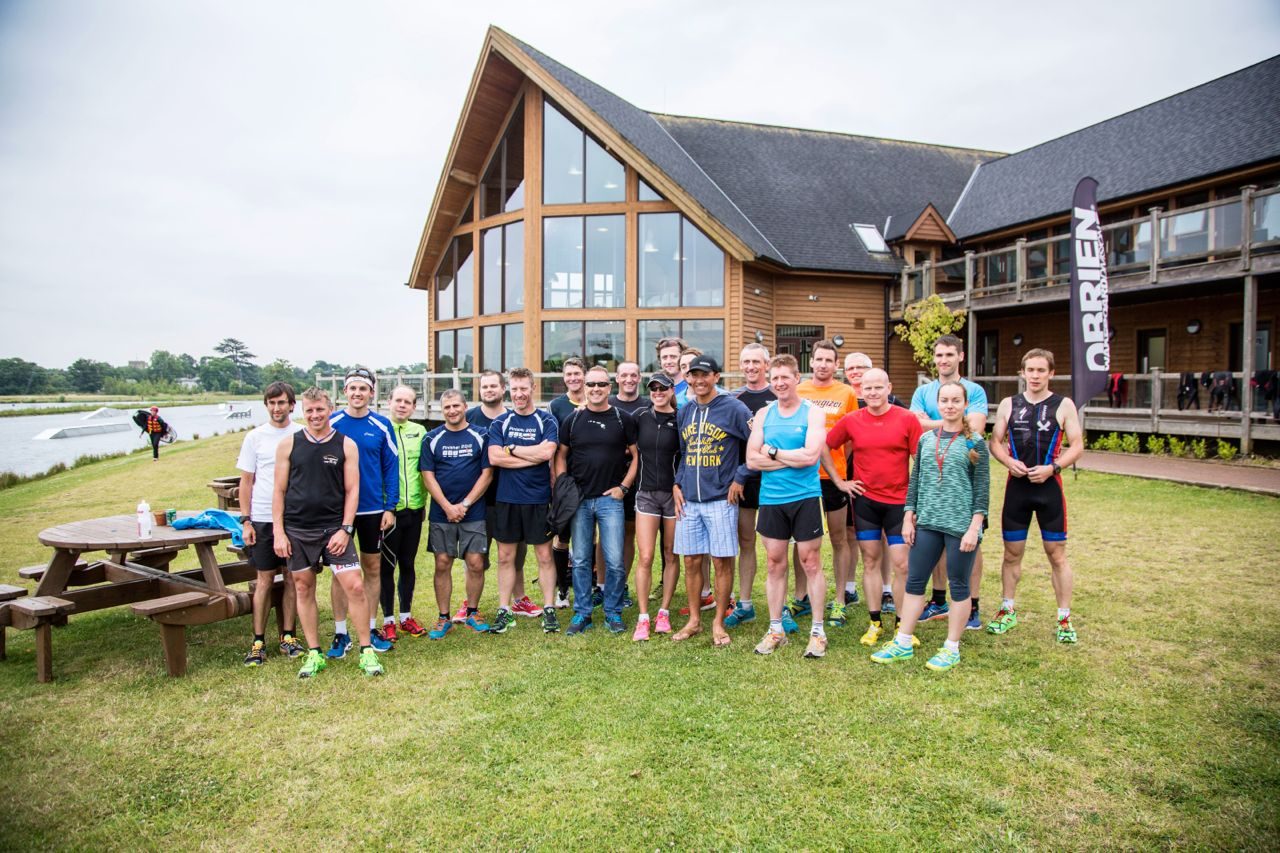 With one of the smartest minds, most recognisable faces and whitest teeth in the history of multisport, Macca’s notoriety means his Twitter following, the modern marker of celebrity status, number 63,000 more than Britain’s own gong-getter Alistair Brownlee… and the outspoken Aussie has not even been to an Olympics.

In typical globetrotting style the permatanned 41-year-old flew in from Norway where he’d just completed a recce for next year’s assault on Norseman, finished seventh in an Ironman 70.3, and picked up a four-minute penalty for littering on the run.

220 was invited to sample the three-day camp culminating with Team MaccaX descending on the Jenson Button Trust Triathlon at the Luton Hoo estate on Saturday before the Challenge brand ambassador took off for Germany where one of the jewels on the tri calendar takes place this weekend, the iron-distance race at Roth.

The camp was a chance for members of the MaccaX community to meet, greet, eat (and drink) with their leader and among the super fans present were Brian from Copenhagen, Marek from Istanbul via Poland, Jen from Colorado, Adrian and Andy from rural Cumbria… and Ross… from Hitchin.

220 had driven up from south London feeling slightly under the weather but reassured by the promise of a gentle, laugh-along ride as outlined in the itinerary. The day started with a 14-mile bike loop to spin out the legs (where 220 was spat out the back), followed by a pool set of 50-metre efforts (ditto), before a 40-mile afternoon ride on the roads of Buckinghamshire/Hertfordshire/Bedfordshire, or possibly Northampton (little time admire the scenery, just cling on and follow the wheel in front). 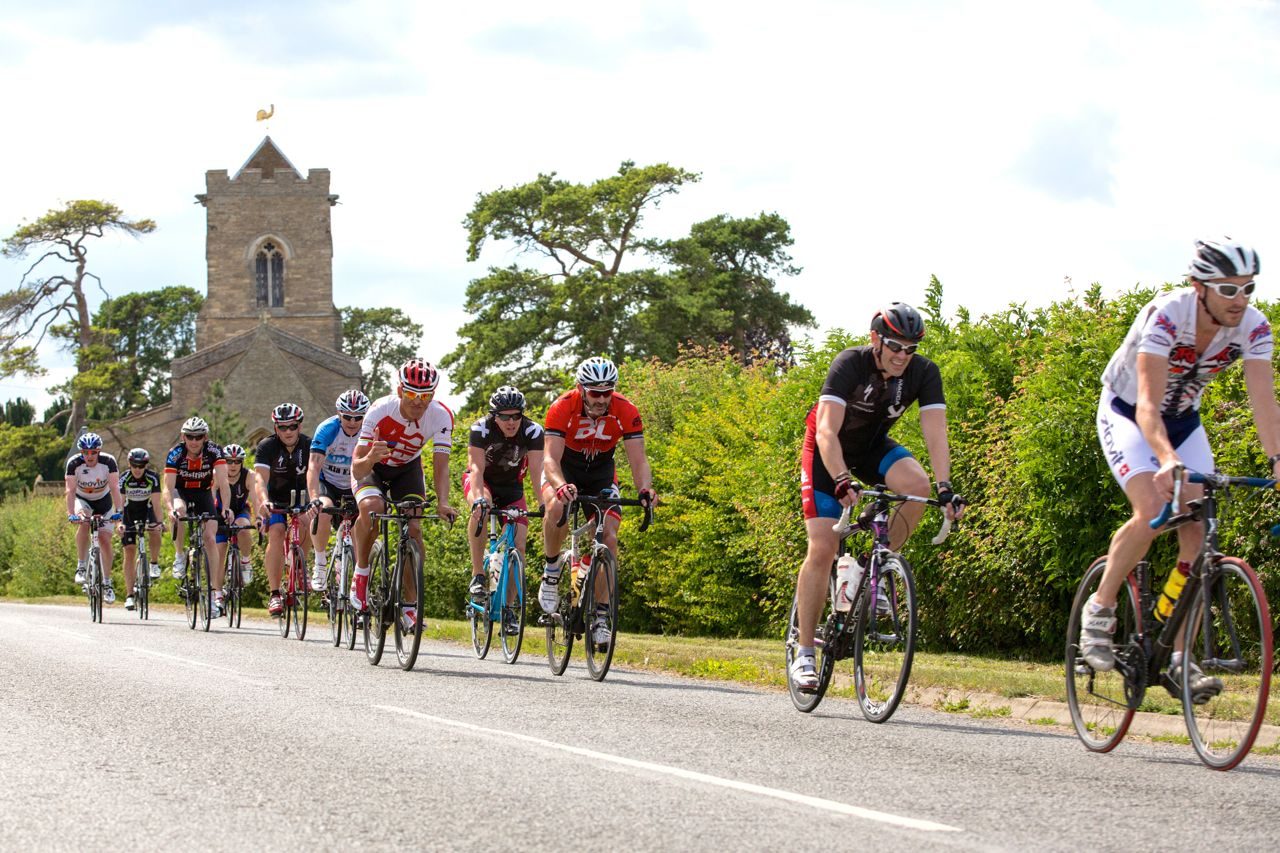 I was taking comfort that Marek, who had been under the cosh at work and struggled to fit in much training, would be my salvation for keeping the pace manageable. Sadly, as we pulled out of the hotel car park, the crash barrier came down on his head (always wear your helmet, kids), and whether startled or simply making a prudent choice, he turned left as the peloton opted to go right.

The pace cranked up until it splintered, and, yes, 220 was somewhat unceremoniously dropped again and left chatting to fellow back-of-the-packers, garnering some useful tidbits on how they had just qualified for Kona and were taking it easy ahead of tomorrow’s big ride or the upcoming Ironman UK. The run off the bike that followed was needless to say, a fairly lonely one – although I did get to wave at Macca on the out-and-back, who was really just warming up ahead of the evening’s wine-tasting. 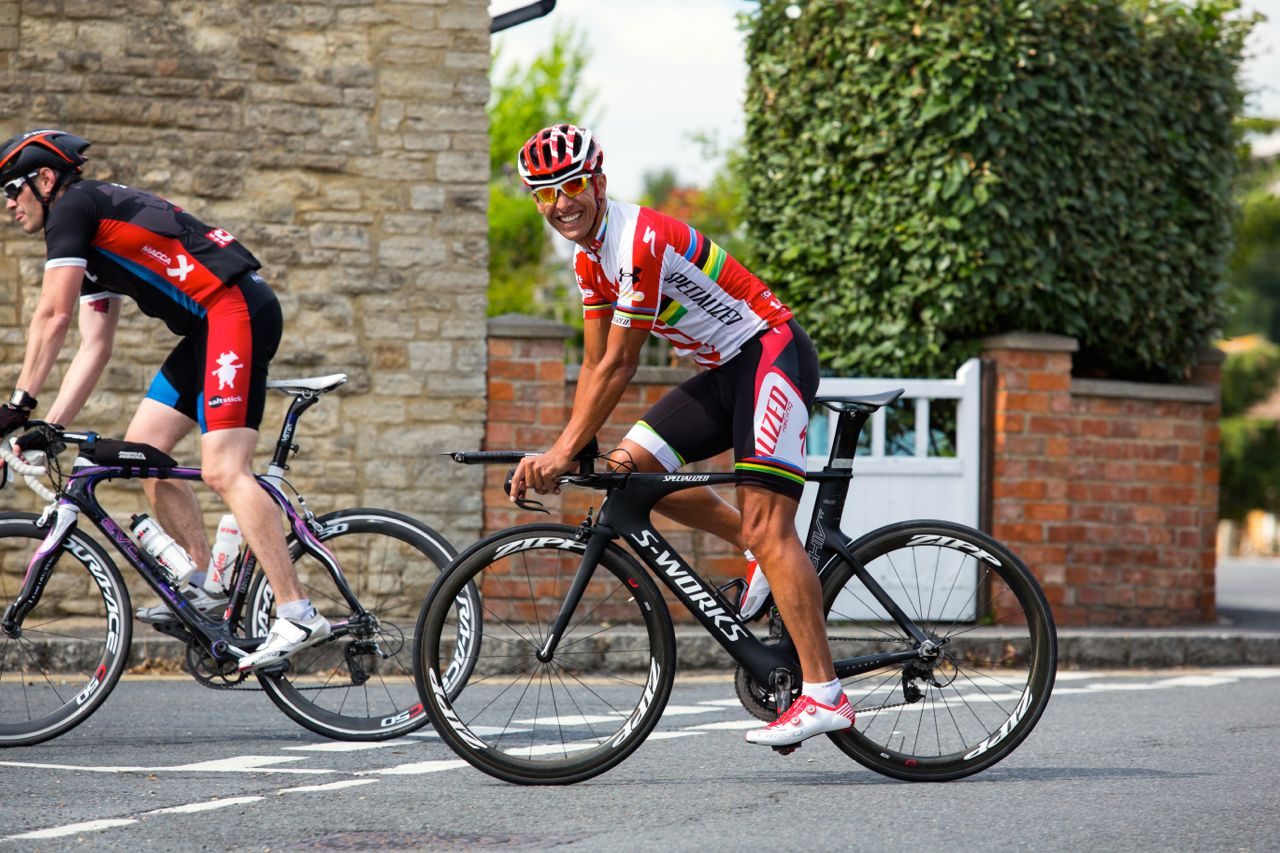 As Team MaccaX powered towards the Pinot, 220 headed for the hay and stayed there comatose until the following morning when running coach James Dunne from kinetic-revolution.com hosted a three-hour run session that was thankfully more about technique and drills than too many hard yards.

The MaccaX crew then headed out for another 50 miles in the saddle before Friday morning focussed on open-water swim technique, Macca hosted a Q&A and the day’s training culminated with a strength endurance run session with James similar to this. 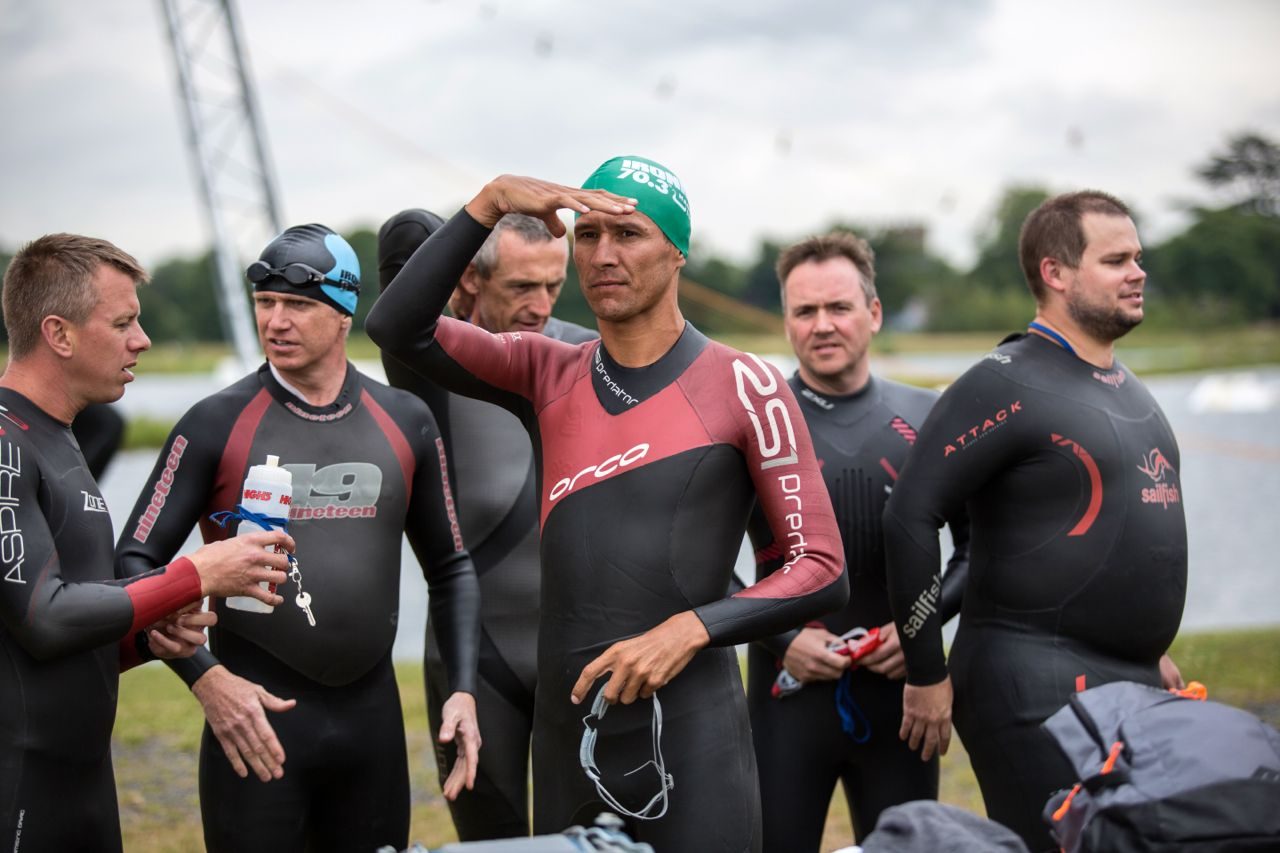 220 plopped into the lake with Macca’s parting words from the open-water swim clinic (“Don’t get dunked, don’t be a victim”) ringing in the skull cap, but was submerged like a medieval witch at the first buoy and it went south from there.

Thankfully, the rest of the MaccaX crew were, as their mentor instructed, “embracing the suck” and almost all powered into the final eliminator to race against such luminaries as eventual winner Will Clarke, Jenson Button and the main man Macca, and fast-running British elites Emma Pallant and Katie Hewison on the women’s side.

Team MaccaX is a network of triathletes across the globe who pay $29 a month for the insight of a world champion and plenty more.

“I wanted to create a community,” says McCormack. “I don’t believe in online coaching. I’d rather athletes take control of their own programmes and I’ll provide a platform of experts to bounce ideas off and make it affordable,”

For more information and the chance to make mates to save money on your next overseas race trip have a look at www.maccax.com.

Blog: feeling the heat at the Jenson Button Trust Triathlon