Winning a free entry into the Jenson Button Triathlon felt like all my Christmases had come at once. I don’t think I’ve won a competition like that since the age of seven when I won a free photo with Ronald McDonald. The thought of a photo with Jenson Button seemed much more appealing! I couldn’t wait.

When my morning alarm went off at 4am on race day I did not feel quite as enthusiastic and, like every other race day, wondered why I do this crazy sport. But nearly three hours later I was at the race venue, soaking up the atmosphere, chatting to the other athletes, and even found a way to warm up without actually having to exercise thanks to a spell in the electrostimulation expo tent.

In the first of my races (heat 1) I needed to finish in the top 25 to progress onto the Grand Final.  Being a super-sprint format I knew it would be fast and frantic and in my pre-race nerves snapped my hair-bobble with less than five minutes to go. Argh! With sweat and snot flying everywhere when I race, I could do without my long locks contributing to my cave-woman look. After a minor panic and with one minute to go I was given a bobble by another competitor (thank you so much!), swim hat on, goggles on, jump into the water, and we’re off!

The swim was short, fast and frantic. Without my wetsuit I felt like someone had taken my arm bands off. I managed to tickle someone’s feet the whole way round, climb out in around sixth place and jump on my bike. The bike course was a tough one and I was not expecting the stinger of a climb at the beginning! It was all on closed roads around the Luton Hoo Hotel & Spa Estate and made for some spectacular views. 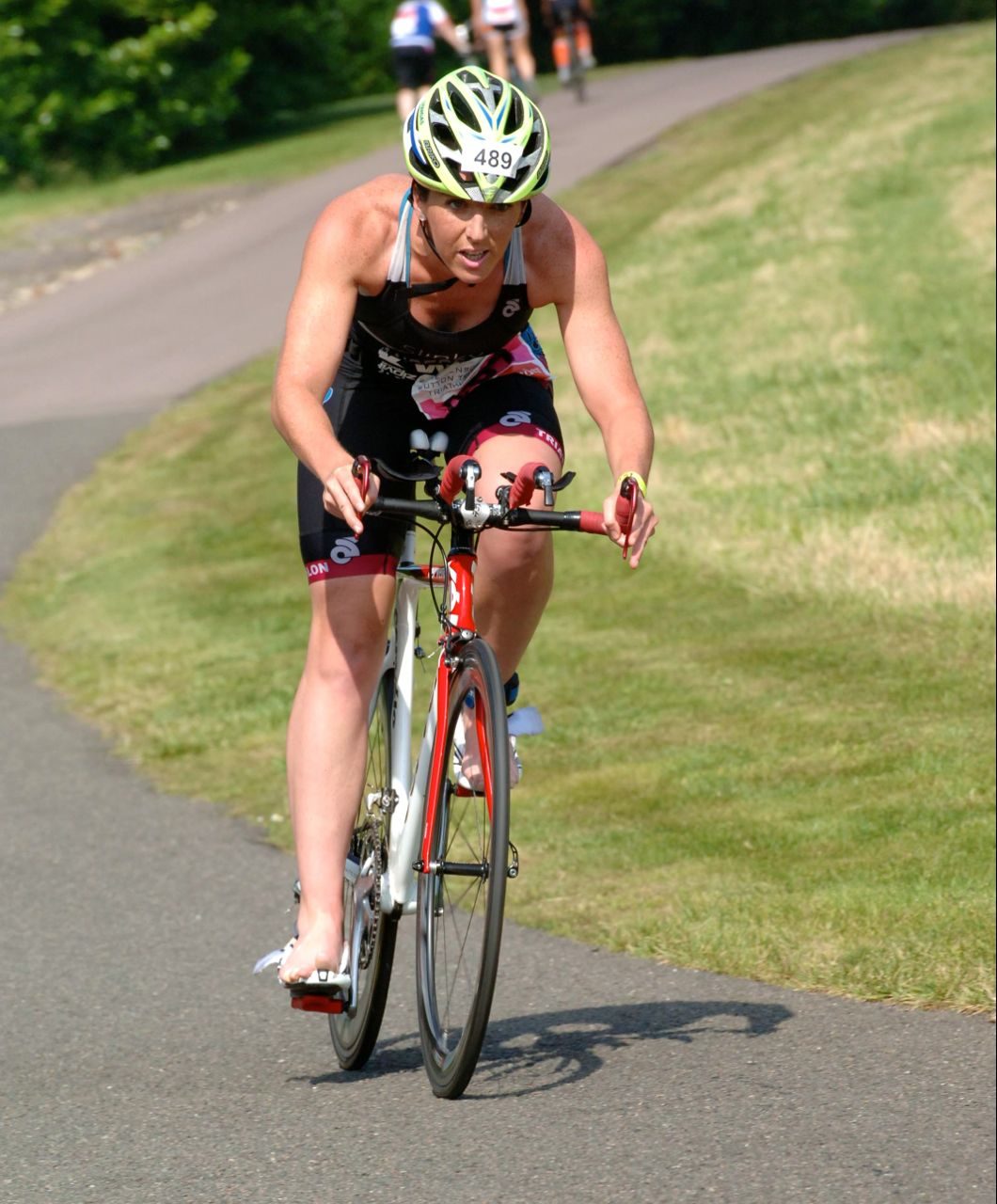 I whizzed round the course and returned to T2 less than 30 seconds behind phenomenal athlete Katie Hewison. Wondering how was I so close a word sprang to mind – tactics! Ah, this was supposed to be the race where you do just enough to make the final so I took my foot off the gas and crossed the line in seventh place, good enough to make the sparkly Grand Final.

With two hours to spare until my second race, I enjoyed some active recovery in the electrostimulation tent, a burger and a Pimms before eventually getting ready for the final – this time kitted out in my GB Age Group trisuit, my wetsuit and some lippy (just in-case JB was watching!).

With prize money for the top 10 finishers, the final boasted 11 full-time/elite athletes and I was excited to get the chance to race amongst them. Huddled together like penguins, the hooter went and we were off! I had a good swim but received a few kicks in the stomach along the way which really took my breath away! Spluttering and gasping for air, I was relieved to exit the water ten and a half minutes later.

I planned to gracefully surge through T1 with power and speed but looked more like something out of zombies of the dead trundling towards my bike! Thankfully I got out of my wetsuit a little quicker than fellow GB age-group competitor Jane Hansom and was off on my bike in pursuit of the superstars. Still recovering from the swim I began to wonder if I would make it round the bike course. The sun was beaming down, the hills seemed to be getting steeper and as Jane cycled past me, the race seemed to be getting faster! 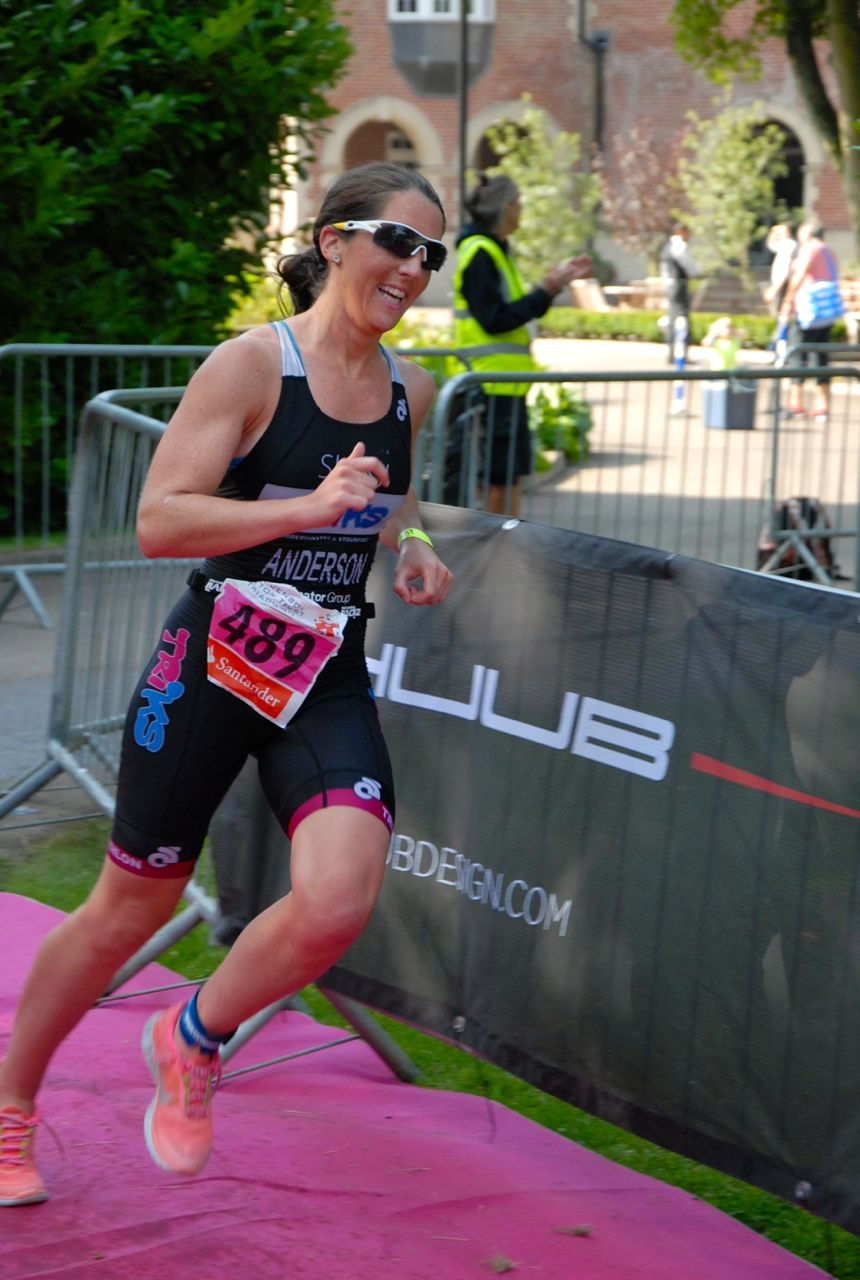 On the final 5k run I continued my mini battle with Jane for as long as I could until she became a little bobbing dot in the distance and I resigned myself to the fact that she could not be caught. With no-one in sight behind it was an opportunity to enjoy the run and pose for the cameras in the finishing chute. I eventually crossed the line in 14th place, with a huge smile on my face and a bit of a tan to boot!

Were you racing at Luton Hoo last weekend? How did you get on? Let us know in the comments below!

Save 51% when you subscribe to 220 Triathlon - the perfect Christmas gift!