Whether it’s sprint or standard-distance duathlon, it’ll feel like an eternity if you start too fast. To practice avoiding jelly legs on the second run, try riding your bike for 1hr and ramp up the speed for the last 10mins to simulate race pace in training. Then have run shoes ready for a 5mins race pace run.

The big difference between triathlon and duathlon is, of course, the first segment of the race. Like triathletes, duathletes take a very fast start when racing. The only difference is that running is much harder on the muscles than swimming. If you run high above your calculated race pace in the first run, you’ll find yourself worthless during the beginning of the bike and especially on the second run will be extremely hard. So keep in mind not to go too fast during the first run, or you’ll loose a lot more time than you could imagine! 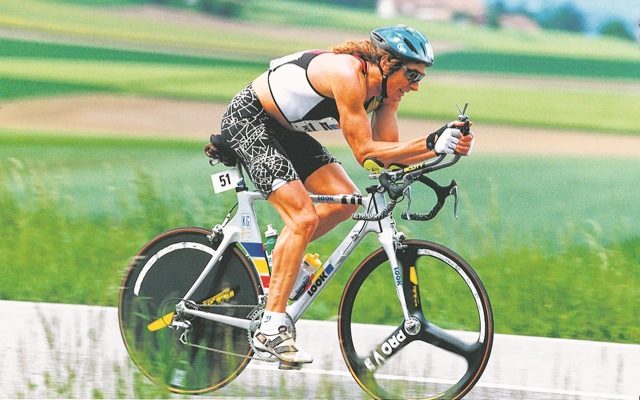 To prepare correctly for the first run you need to incorporate some short, high-intensity 1km running sessions into their training. And follow these by short, fast bike sessions of 3-5mins each and repeat that 3-5 times. Another way would be to run a few 3-5km road races in advance of doing the duathlon. The pace of the first run of a duathlon is significantly faster than any run that a triathlete will do in a race. So the gauge needs to be reset on what ‘fast’ means. The second run will feel more familiar to triathletes, but without being prepared for the first extremely fast run, a triathlete will be in shock for the remainder of the duathlon.

Unlike in age-group triathlon or road duathlons, a little-known rule is that drafting is allowed in most off-road run/bike/run events. So utilise the long straight sections where this’ll be an advantage. And expect to feel like you’re running the final leg with a bear on your back. That’s duathlon for you. Accept that everyone else feels that way and just try to run tall and think positively by remaining focussed on ‘ahead’ and never ‘behind’.

The key to duathlon training is a weekly or fortnightly brick session. This can be: run-to-bike, bike-to-run or run/bike/run. I opt for the run/bike/run option as this is ideal physiological training to simulate the fatigue of biking after a fast first run and then running off a hard bike ride. It also means that you’ve plenty of opportunity to practice your transitions. These sessions can be done outdoors around a measured run and bike circuit, using a run route around your neighbourhood while you bike on a turbo or even at a gym – jumping between treadmill and stationary bike. No matter what the weather or the venue, there’s always a solid run/bike brick session that you can do!

Think about what you’re going to wear on the day. Remember you’re going to be running and cycling so it’s probably worth investing in something you can do both in comfortably; an all-in-one tri-suit isn’t always necessary but tri-specific shorts are a great idea. 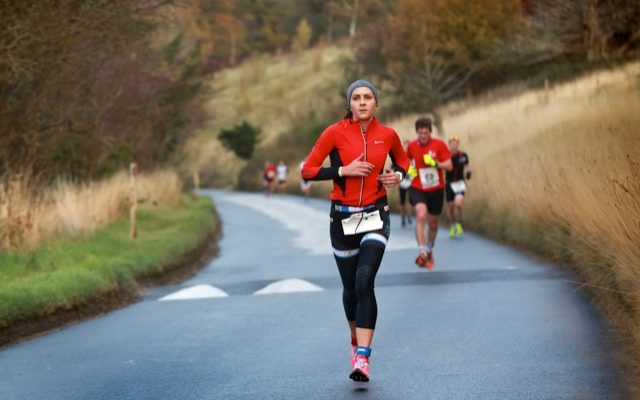 Duathlons are often in the colder months – you may get warm on the first run, but cool down quickly on the bike then heat up again on the second run. I often start wearing arm warmers and a cycle jersey over a tri-top with gloves in the back pocket so I can add and remove layers quickly. A second pair of trainers and socks in T2 if the race is wet is also something to look forward to coming off the bike! 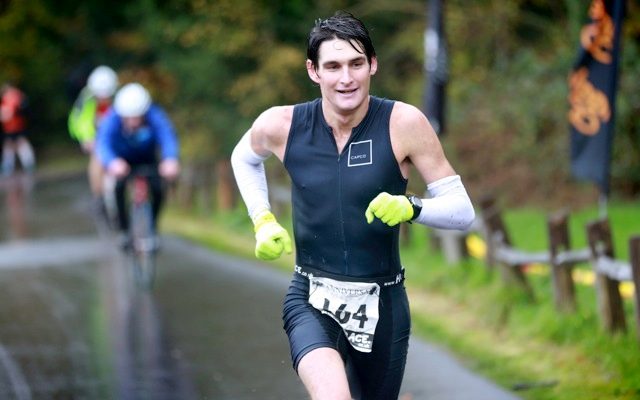 Use the bike to take on any additional energy or water, and only start to really push things on the second run when you know how to pace it through to the finish.

In cold weather consider putting a sleeveless gilet on to keep your body warm on the bike leg, as you’ll be sweaty after the run and then you’ll start to cool down.

Make sure you don’t let all that hard work you’ve put into your run and your bike legs be lost from spending too much time changing your shoes. So set up a mini transition area and give it a go. Elastic laces are always good!

Accept and embrace the pain in your legs at the start of the second run. Have faith that it’ll ease, relax, focus on form and find your rhythm. Everyone will be hurting, it won’t be pretty but tough it out and keep running. 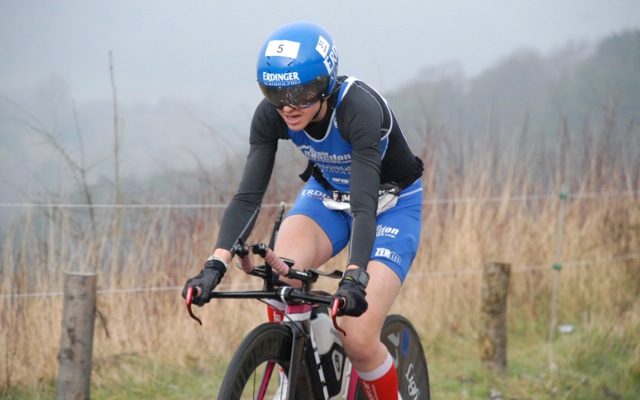 Save the real hurtbox for the latter stages of the bike and the second run. Lots of people get carried away early on but if you pace your race cleverly you’ll usually see them again in the later stages of the race. If it’s really cold, a shoe horn might be useful in T2 to help you put shoes on with numb fingers…. I borrowed someone’s in a race once when I couldn’t get my shoes on myself!

28 of the best tri-suits reviewed: short-sleeved, vested and Ironman