WTS Cozumel: all the drama and emotion in pictures

The emotional scenes of Alistair Brownlee practically carrying his exhausted younger brother across the finishing line at World Triathlon Series final in Mexico have been beamed all over the world, and watching it last night we were in tears. Here are some images from the latter stages of yesterday's race - get the hankies ready...

The video of Alistair Brownlee helping his brother to the finishing line of WTS Cozumel has gone viral. The emotional scenes of Alistair supporting and half carrying his younger brother bring a tear to the eye. It was not only a bid to give him the best chance of winning the World Series and being awarded the title world champion, but also so he could get medical assistance he obviously needed.

WTS final in Cozumel: who will win men’s world title?

Alistair said: ““I have been in that position before, when it happened to me in London a few years ago, I remember being in second place and then coming around and someone telling me I was in tenth.

“I couldn’t remember all of those people passing me. So I swore that, literally if it happened to anyone I would help them across the line. It is an awful position to be in, if he clunks out 1k from the finish line there is no medical support, it is a dangerous position to be in. Obviously the World Series is a big race, but I just had to do what was right in that situation.”

And in typical Yorkshire, understated fashion Alistair, once he delivered Jonny safely to the line, called him an ‘idiot’ for not pacing properly.

“I wish the flippin’ idiot had paced it!”

From his hospital bed Jonny tweeted:

Not how I wanted to end the season, but gave it everything. Thanks @AliBrownleetri, your loyalty is incredible pic.twitter.com/6uG4QiIgfS 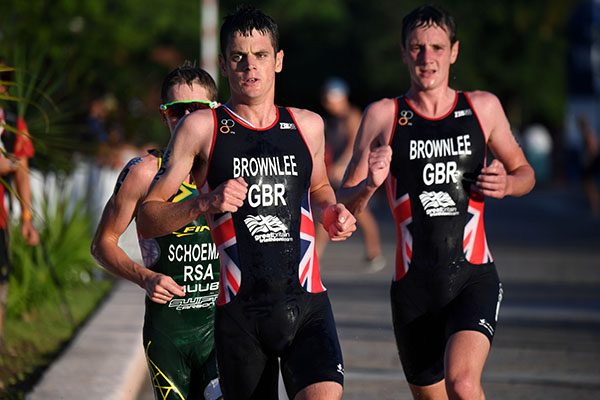 Looking strong: The Brownlees out on the run leg with the South African Henri Schoeman, who would go on to win the race. 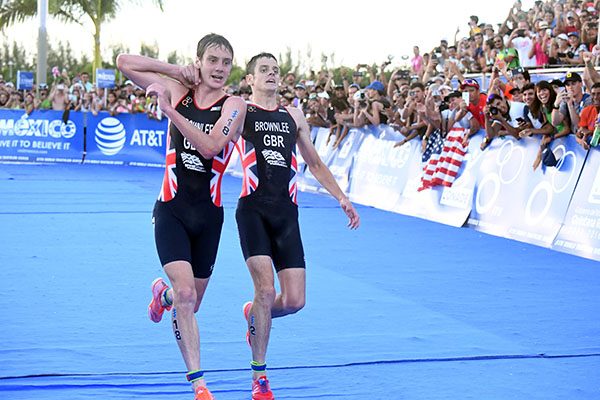 I’ve got you ‘bro’: Alistair helps Jonny to the line 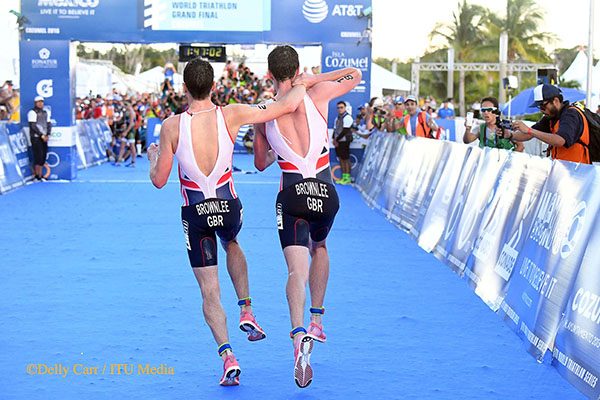 What’s the difference between your abductors and adductors?

Speedo gear and Outlaw entry up for grabs