Despite leaving T2 within touching distance of the leader Sarah Groff (USA) at WTS Stockholm today, the trio of Kirsten Sweetland (CAN), Nicky Samuels (NZL) and Andrea Hewitt (NZL) were unable to reel in the American, and she crossed the line in 1:03hrs exactly for her first WTS gold.

Top-ranked female Jodie Stimpson (GBR) lined up next to fellow Commonwealth Games medallist Sweetland on the start pontoon, but a difficult swim saw Stimpson leave the water around 35secs behind the leader Carolina Routier.

A lead pack of 11 athletes including Groff, Sweetland, Samuels, Hewitt, Lucy Hall (GBR), Katie Hursey (USA) and Anja Knapp (GER) quickly formed, with the pace driven hard by Samuels. Conditions had improved significantly since the men’s race earlier in the day, with surface water drying up nicely – small comfort to Stimpson who slipped to nearly a minute adrift of the lead pack, but battled back hard to make contact with the chasers.

The bell rang for the final bike lap with the lead pack increasing their lead to more than one minute. So many classy athletes (and the absence of über-runner Gwen Jorgensen) meant that the race for gold was still wide open. The USA’s Sarah Groff led out of T2 but with Sweetland, Hewitt and Samuels less than 5secs behind, and Britain’s Lucy Hall still close. 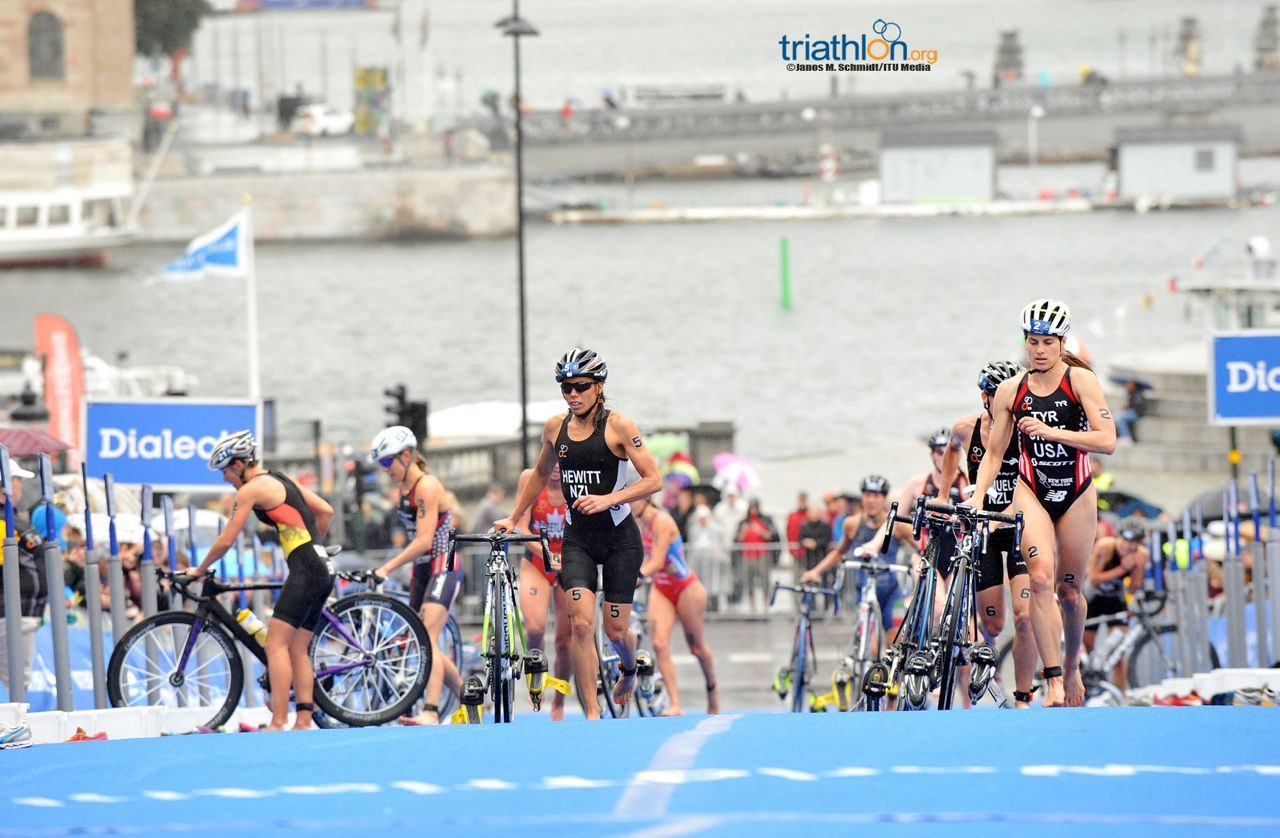 By the end of lap one Groff held a lead of around 30 metres, though she was kept within reach by the trio of Samuels, Hewitt and Sweetland, who appeared to be biding their time in readiness for a decisive move. That never came though, with Groff running strong to cross the line in 1:03:00, and the NZ duo fighting it out for silver as Sweetland started to fade. Andrea Hewitt just had the edge to take silver 5secs behind Groff, closely followed by Samuels.

Lucy Hall was highest-placing Brit thanks to a very strong swim and bike, crossing the line in ninth place, just over a minute behind Groff, while Jodie Stimpson managed to fight her way back on the run to finish in 16th place. 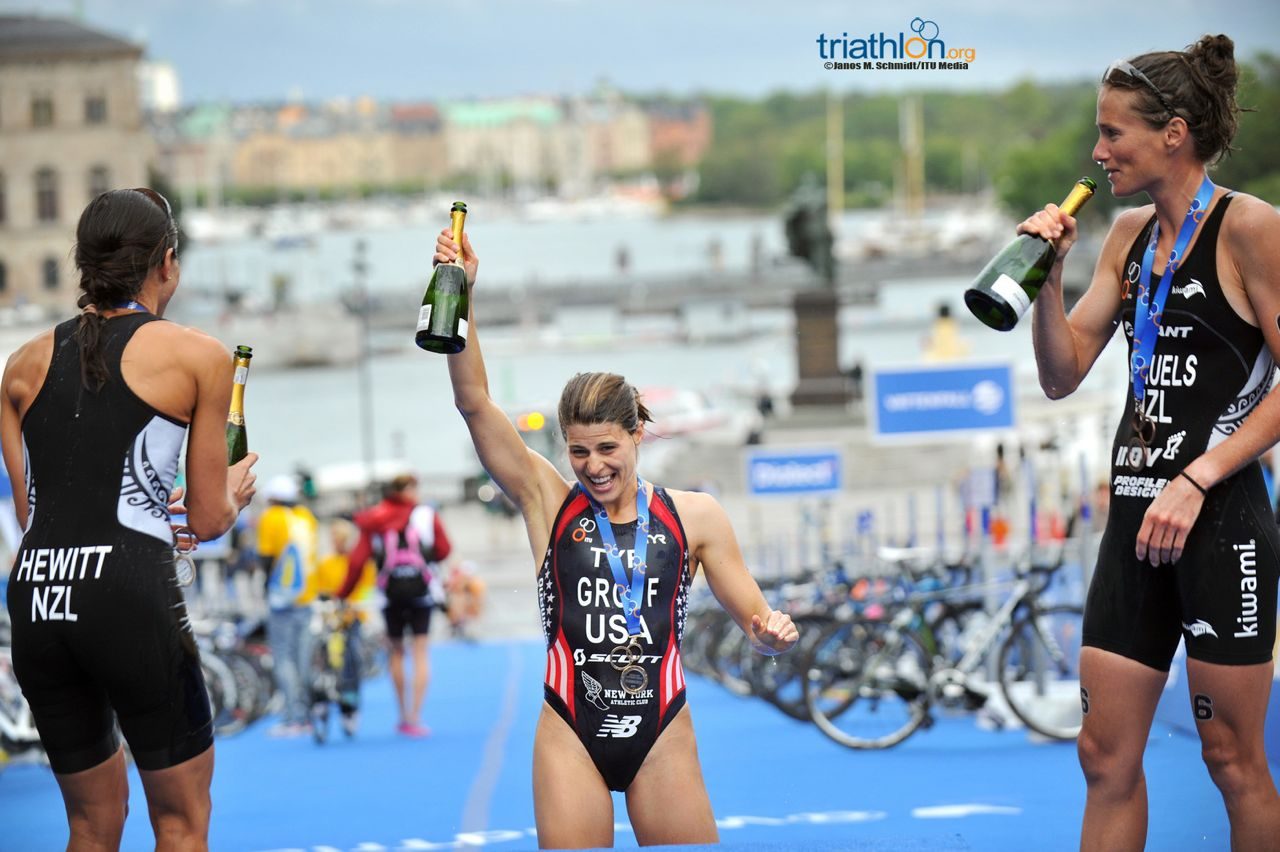