Gels are useful for boosting carbohydrate intake during exercise, thereby prolonging endurance in longer (1hr+) training sessions/races. Your muscles can use around 60–80g of ingested carbohydrate per hour.

If your only carbohydrate source is gels, you should consume enough to meet that need (typically 2–3 per hour, spaced evenly). However, you’ll need fewer if you combine them with carbohydrate drinks or energy bars.

Caffeinated gels should only be used sparingly in order to avoid excessive caffeine intake. Because most gels are very concentrated, you’ll need to consume additional water, typically 150–250ml per gel. Some gels contain more water, which may reduce the need to consume it separately, unless you’re exercising in warm conditions. 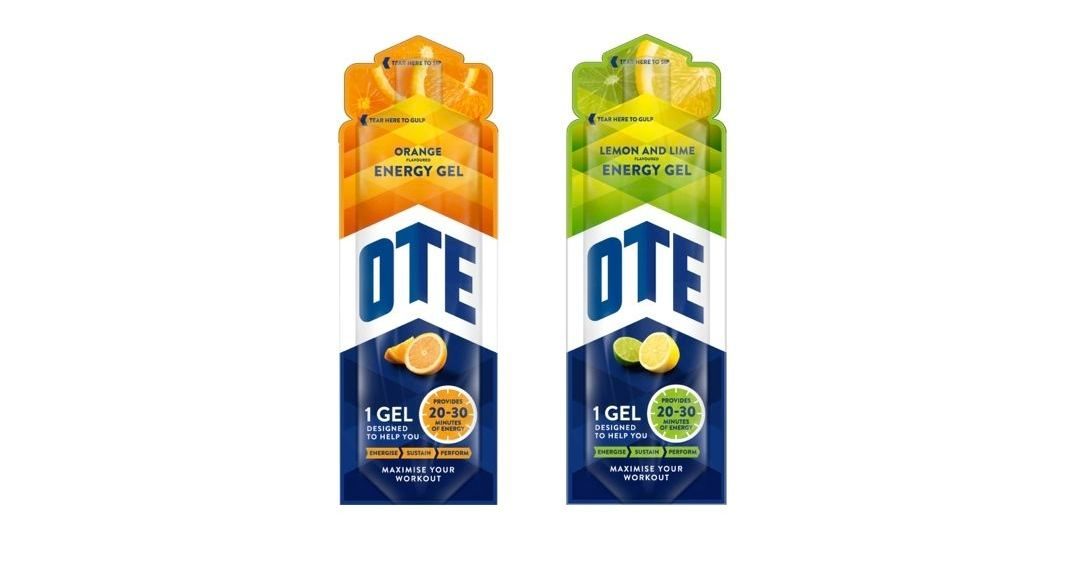 OTE’s ‘pH neutral’ energy gel provides a dual maltodextrin/fructose formulation – for rapid carbohydrate absorption – together with electrolyte minerals. Each 56g sachet is formulated with real fruit, with no artificial sweeteners or colours. In testing, the consistency was light and refreshing, and the lemon/lime flavour reasonably authentic.

It had less bite and tanginess than some others, but deliberately so, and those with sensitive stomachs will appreciate the complete lack of acidity. At 6.8p per gram of carbohydrate, value for money is pretty good considering the advanced formulation.

Out testing, the gels were easy to carry and open on the road, but the flavour we reviewed was found to be overly sweet, far from refreshing and neither very apple- nor blackcurrant-like. Combined with a slightly rich consistency, this resulted in a somewhat sickly experience overall. The price of 6.7p per gram of carbohydrate is also fairly average.

Verdict: Good composition, but loses out to better-tasting products, 78% 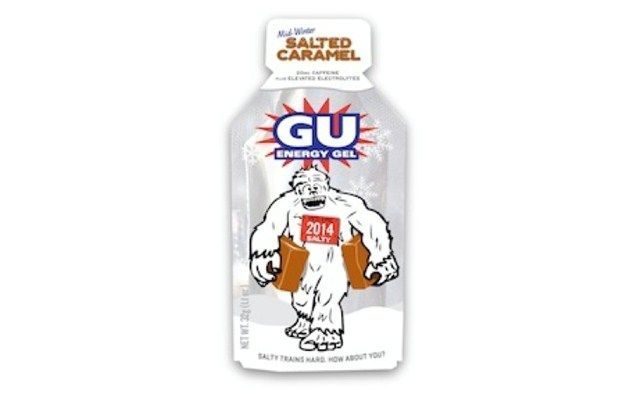 Looking for an alternative to fruit gels? Then GU’s Salted Caramel gel could be for you. A 32g sachet delivers a 22g carbohydrate blend of maltodextrin and fructose for rapid uptake into the muscles, the electrolyte minerals sodium and calcium, caffeine (from green tea leaf extract) and useful amounts of the antioxidant vitamins C and E.

In testing, we found the rather salty taste was balanced perfectly by sweetness, resulting in a lovely caramel/toffee flavour. The consistency was very thick, but this actually worked well with the taste. But at a pricey 7.3p per gram of carbohydrate you’ll need deep pockets!

Price: £1.45 per gel from www.torqfitness.co.uk

Torq’s Apple Crumble flavour gel provides a 2:1 maltodextrin/fructose blend for rapid absorption, as well as five electrolyte minerals to replace those lost during sweating. Each 45g sachet delivers no less than 28.8g of carbohydrate, making this gel good value for money on a gram for gram basis.

Although not the most refreshing gel in the bunch, the apple crumble taste was remarkably authentic and the consistency was smooth. The higher concentration of carbohydrate made for a fairly sweet taste, but fortunately not overwhelmingly so. It comes in at a surprisingly decent price too.

Verdict: A good-tasting gel at a competitive price point, 89% 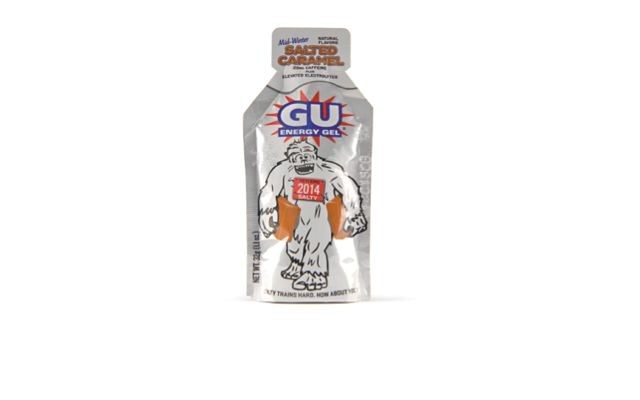 Apart from the High5, the ZipVit Sport Zv7 dwarfs the other gels in this test, with each 60ml sachet containing no less than 51g of carbohydrate. Along with the High5 and SiS, it lacks the desired (but not deal-breaking) 2:1 carbohydrate blend or any other fancy ingredients.

But at 2.9p per gram we’re not complaining, especially as it uses all-natural flavours and is free of artificial sweeteners and preservatives. Even better, the kiwi-flavoured taste was very fruity and not at all sickly, if a little on the sweet side. The only criticism was that the sachets are quite tricky to tear open on the fly.

Price: £1.29 per gel from www.scienceinsport.com 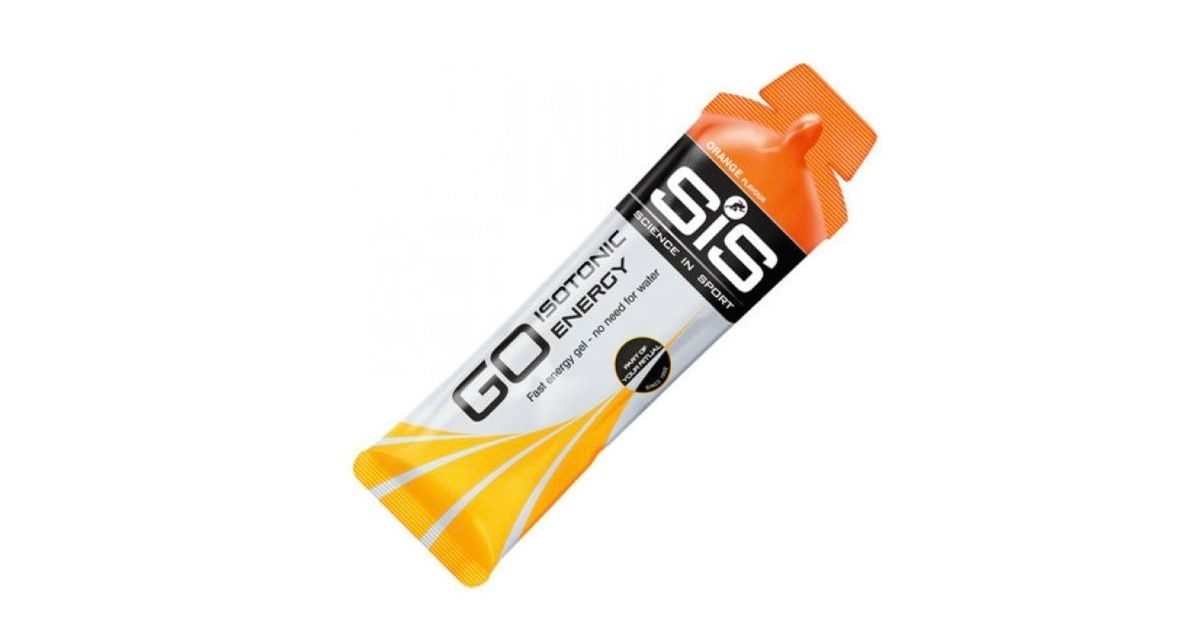 Described as ‘isotonic’, each 60ml sachet of SiS’s Go Gel provides 22g of carbohydrate (as maltodextrin) and 38g of water, which means a water chaser isn’t required. SiS recommends consuming 1–3 sachets per hour and the isotonic formula is designed to ensure speedy absorption without the sticky, cloying sensation that some gel users struggle with.

The orange taste is refreshing and reasonably authentic, and (unsurprisingly) more watery than some other gels on test. It does contain artificial sweetening, which some prefer to avoid, but overall works out at good value for money.

Verdict: Light and non-sticky, a refreshing taste and good value, 86% 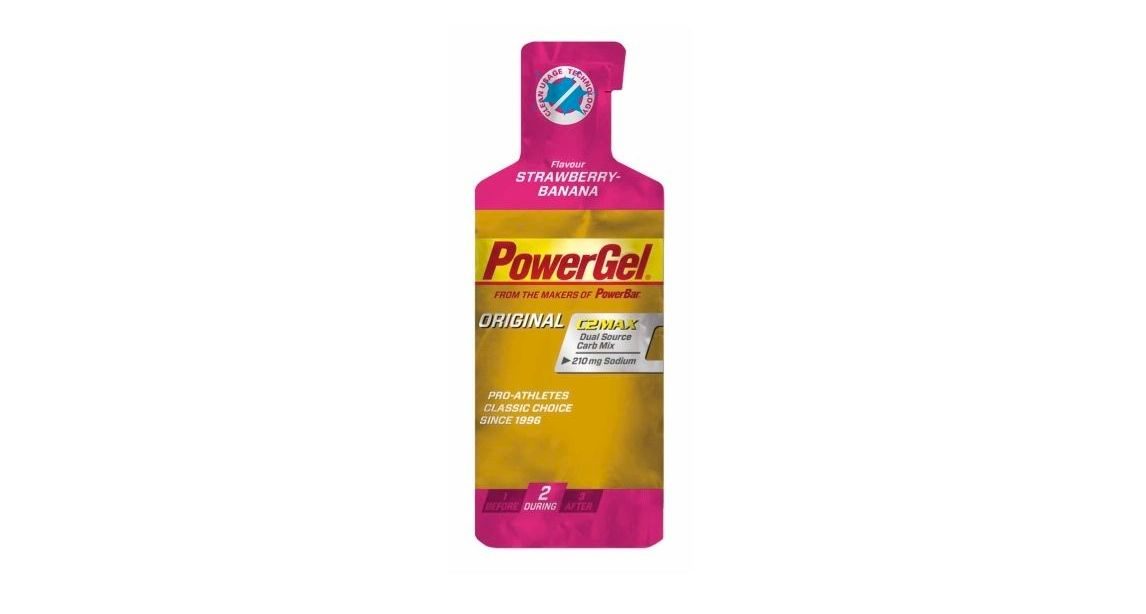 Each 41g sachet of PowerBar’s PowerGel Original crams in 27g of carbohydrate in a 2:1 blend of glucose to fructose for optimum uptake into the muscles. There’s also 210mg of the electrolyte mineral sodium, to replace that lost in sweat. In testing, the strawberry/banana flavour was quite fruity and also fairly sweet.

The consistency was also thicker than most and that combination led to a rather cloying and sweet experience overall – you’ll definitely need water with this one, as is indeed recommended by PowerBar (minimum 150ml per gel). On the plus side, the PowerGel’s price is competitive.

Verdict: Well-crafted, decent price but a rather sweet gel, 84%

Price: £1.50 per gel from www.athletestore.co.uk 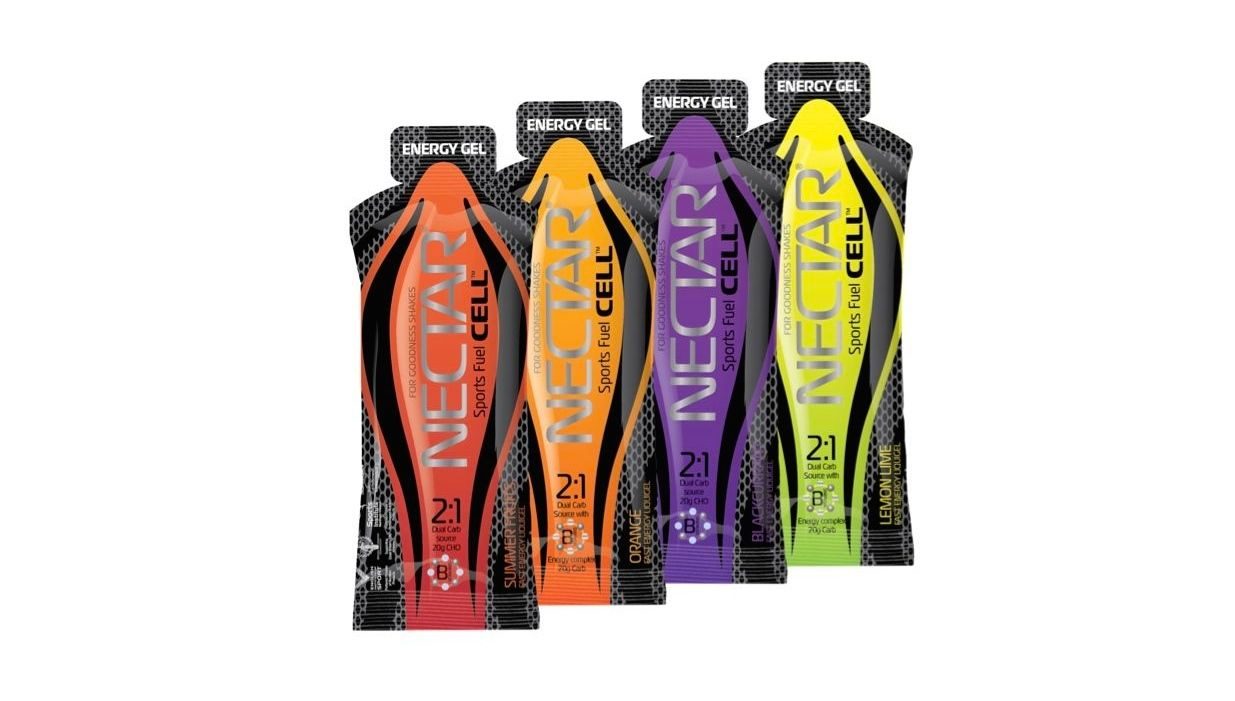 Described as a ‘liquigel’, Nectar Sports Fuel gels, like the SiS gels on test, are designed to be consumed without water. So each 40g sachet provides 20g of carbohydrate in a 2:1 glucose to fructose ratio (for fast absorption), flavourings, water and nothing else.

The result is a gel with a light and very refreshing consistency, and (in our Summer Fruit flavour at least) a taste that won praise from a handful of riding companions. The problem is cost; at 7.5p per gram of carbohydrate, you’ll need pretty deep pockets to fuel long training sessions/races, which may be prohibitive for some.

Verdict: Good formulation, taste and consistency but at a high cost, 85%

Price: £2 per gel from www.paligap.cc

CNP’s 60g Hydro Max gel provides 22g of carbohydrate courtesy of a 5:1 blend of maltodextrin and fructose, containing coconut water, concentrated pineapple and lemon juice. It also contains an electrolyte mix of potassium, sodium, magnesium and chloride, as well as useful amounts of vitamins B3, B6 and B12, all of which are necessary for carbohydrate metabolism.

The sachets are a little tricky to open, but the contents are an instant hit. The pineapple flavour is superbly authentic and tangy, while the consistency is refreshing and easy on the palate. The only downside is that £2.00 a gel cost.

Verdict: Not the cheapest, but a top formulation and taste, 90%

Price: 99p per gel from www.highfive.co.uk

High 5’s IsoGel Plus has a consistency more like a sports drink than a gel and is formulated to be consumed without water. Each 60ml sachet contains 23g of carbohydrate plus an additional 30mg of caffeine, which can help fight fatigue and prolong endurance during longer training sessions/races (when used in conjunction with ordinary gels).

In use, the gel boasted a refreshing consistency and a light authentic citrus flavour (courtesy of 15% added lemon and orange juice). If you’re after a caffeinated gel, High5’s Isogel also provides very good value at just 4.3p per gram of carbohydrate.

Verdict: Good taste and consistency at a competitive price, 93%

And the winner is…

ZipVit’s Sport ZV 7 is our overall winner with 94%

For more news and reviews head to our Gear section