Storck has a well-deserved reputation for building some of the finest bikes in the world.

Founded in 1995 by Markus Storck, the company’s been gaining accolades for its designs and cutting-edge technology ever since, including the first ever all-carbon crank arms and the first ever full-carbon full-suspension mountain bike.

The Storck is long and low. Basically, it feels like a bike that’s made for racing, and the aerodynamic profiling of the down tube and fork suggests that Storck would agree. They also offer builds up to Dura-Ace Di2, which shows great confidence in the frameset. 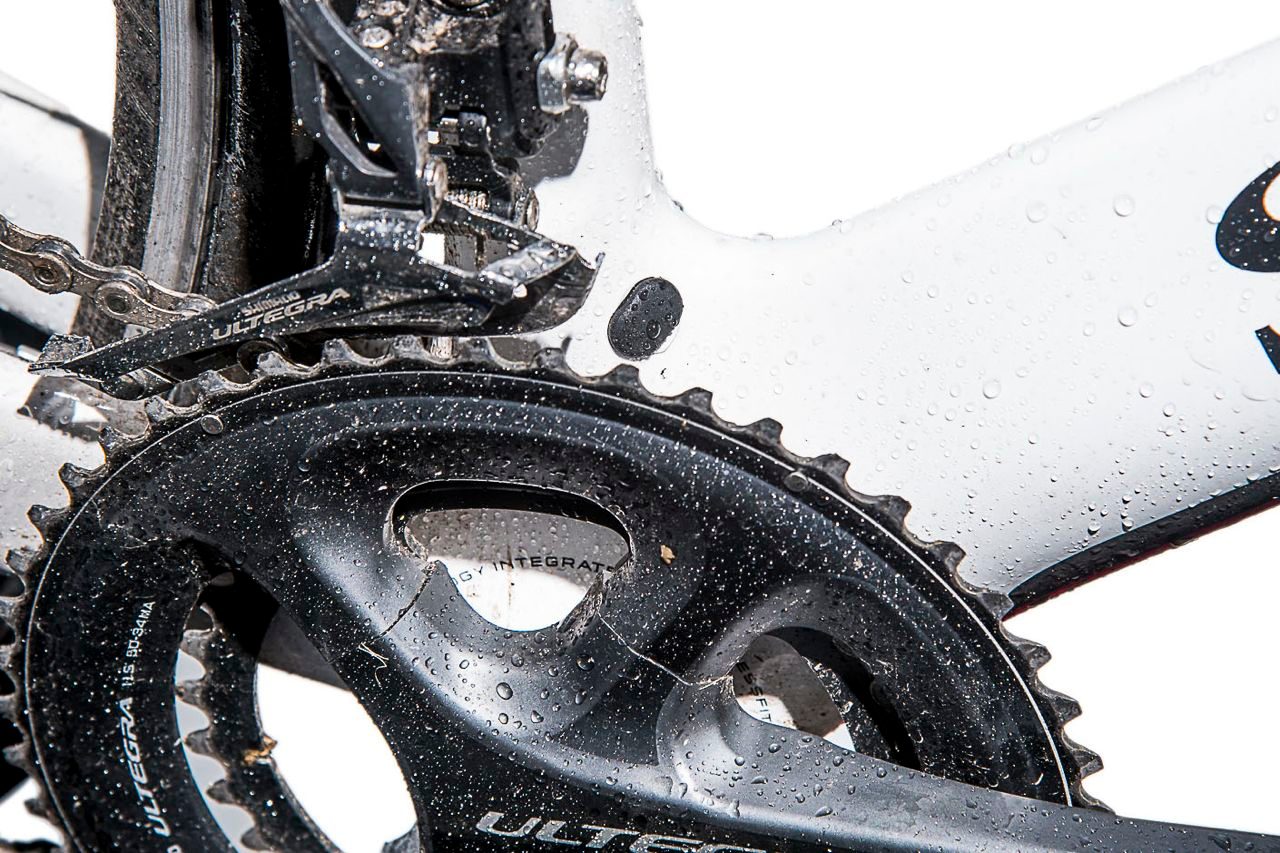 Those differences in geometry are worth keeping in mind because, if you’re looking to buy, you may have to make a change from the frame size you usually ride. But that’s not to say that its only use is racing, because Storck has done its best to also ensure a comfortable ride.

Part of the way they do this is what they call ‘proportional tubing’, which essentially means that they keep the stiffness-to-weight ratio the same for every frame size they make. It’s more costly to do so, but Storck evidently believes that the quality of the bikes will justify the extra cost to the consumer. We mention this because the Scenero is a really enjoyable bike to ride. 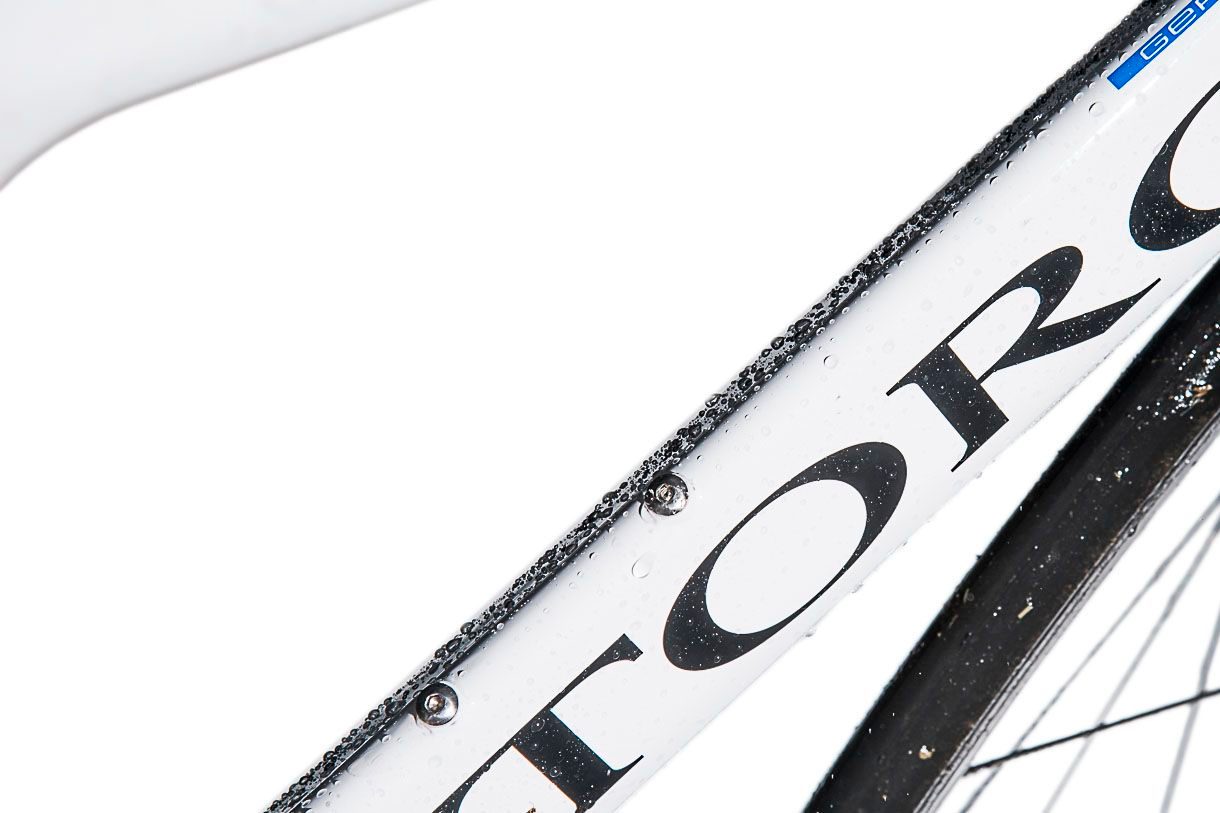 The tubes have a definite leaning towards aerodynamics, even if it’s not a full-on aero road bike

So while the Scenero may have the characteristics of a race bike, it’s also a really comfy set-up. We jumped on the test bike and took it straight out for a three-hour ride with no ill effects at all. With sections at race pace, above race pace and sprints, the Scenero made us feel right at home.

Storck has paired the excellent frame with Shimano’s equally superb Ultegra 6800. We’ve tested a lot of bikes with this group on since its release and have come to the conclusion that, pound for pound, it’s just about the best value groupset on the market and rivalled only by its little brother, the 105. 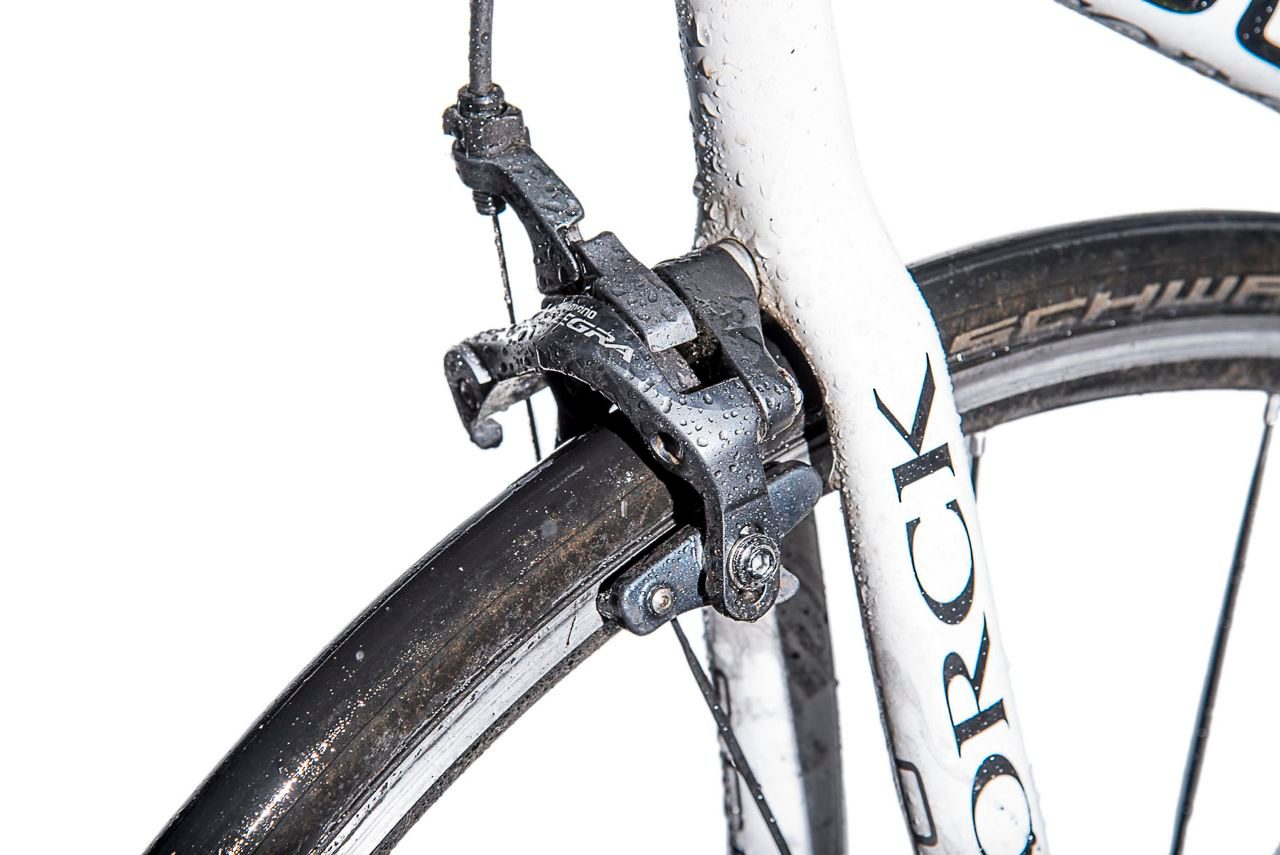 The dual-pivot brakes are equally excellent; the power they provide, in conjunction with Shimano’s low-friction silicone grease-lubricated cable set, gives you all the confidence in braking you’ll ever need. It eliminates any need for conscious thought about how far before a corner you’ll need to brake, or whether you’ve got the power to leave it until the very last moment. And it’s that security that breeds confidence, allowing for a fun, carefree ride.

The shifting is slick, too, and the lever stroke isn’t too light, which might sound counterintuitive, but we prefer a certain level of feedback through the shifters otherwise changing gear can begin to feel a little unsure.

Unsurprisingly, the wheels are the weakest part of the build, the DT Swiss R23s being a capable but unspectacular set. But the build quality is high and they don’t detract from the fun we had riding. Having said that, we took the opportunity to stick a set of the more road-friendly race wheels tested this month on the Storck, which bumped up the enjoyment even further. So a smart set of wheels would be on the list of upgrades once you’ve bought the bike. 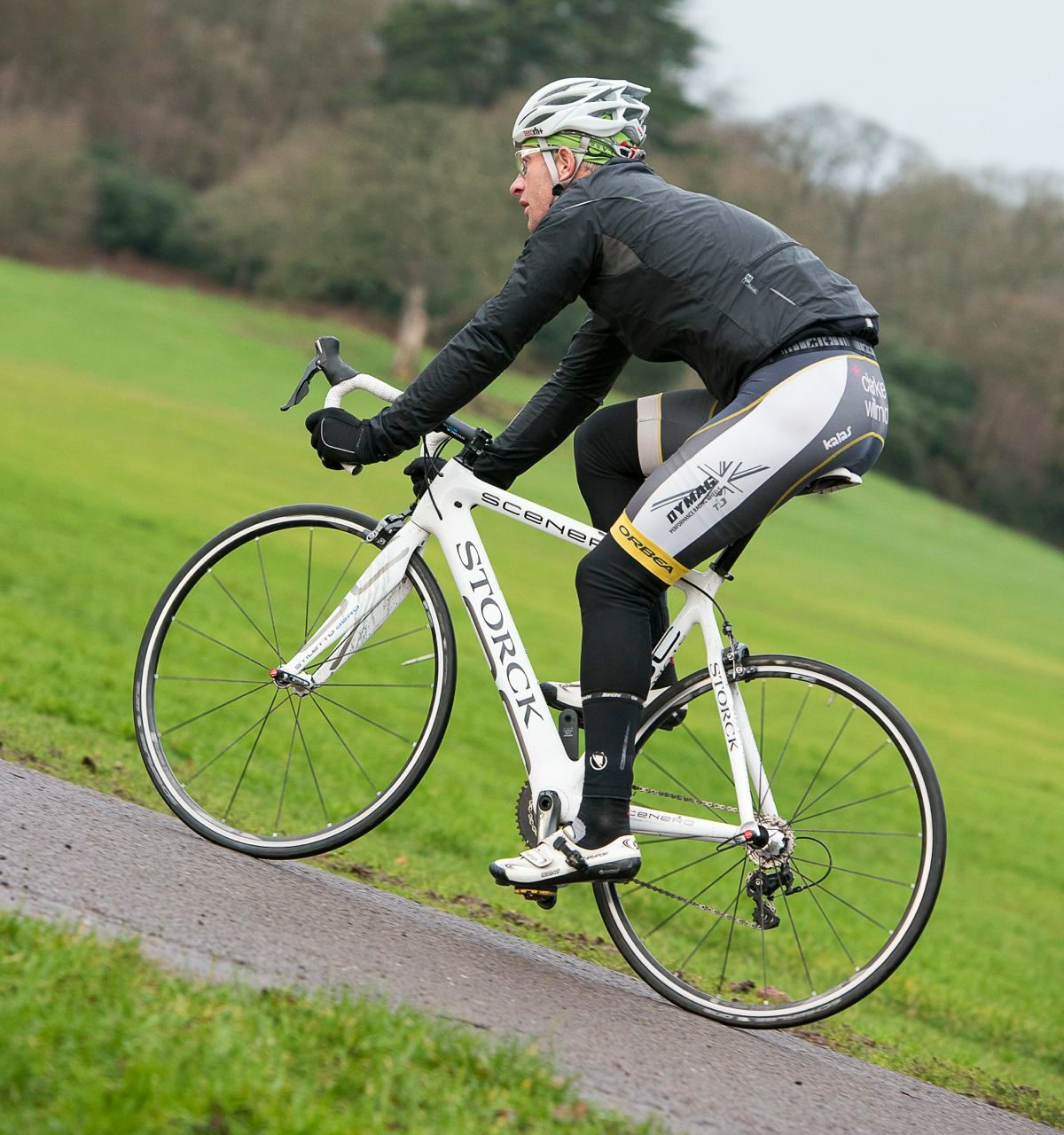 On the flip side, the tyres are excellent. The Scenero comes with Schwalbe’s One tyres in their 25mm incarnation as standard, and they’re light years ahead of the usual afterthoughts you find thrown onto stock builds.

Probably the only thing we didn’t like about the bike was the drop of the bars. We just didn’t get along with it, but it’s such a small detail and drop type is a personal choice anyway, so it’s perfectly possible someone else would find them to be exactly what they need.

Responsive, sure and ready to race – 90%

Competitive with most rides around this price point – 84%

Take note of the geometry to find the right fit, but you could ride this bike all day – 90%

For lots more bike reviews head to our Gear section