I live on the Gold Coast in Queensland which offers some of the best conditions all year round for any triathlete. Sure, a hint of dedication places two feet on the floor at 4:30am, but warm water and bright sunshine aid the process.

Training is something I truly enjoy, the idea of a 120km ride through the hinterland may sicken some, for me it’s therapeutic. As CEO of a yacht maker, my work environment is high-pressure and 24/7 – but everyone needs an outlet. 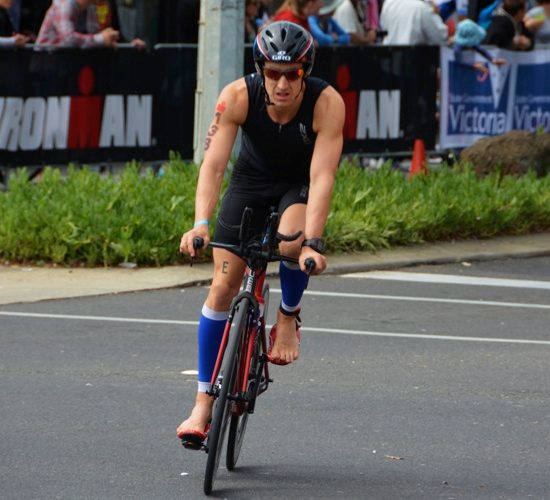 The journey to Kona was very deliberate. I plotted my course to the Big Island during early 2012, following my very first triathlon. I still have that piece of paper in my desk at work. There’s been blood, sweat and tears along the way with plenty more to come. I get the feeling I’ll be sticking around in this sport for a while longer.

I identified the 2013/14 Triathlon Queensland State Series as a perfect backdrop to prepare for my first Ironman. The 2014 Ironman Asia Pacific Championships are in my hometown of Melbourne. Nothing keeps you sharper and more switched on than a race, and this series offered a variety of distances and disciplines.

The series comprised a duathlon, Olympic and sprint distance triathlons, aquathlon, 70.3 and an off-road triathlon. Most were State Championship events so I knew the competition would be fierce, which was ideal. I knew the longer the race the more competitive I got, my training told me this. With less than 12 months on the bike, I lacked the explosiveness.

Two superman manoeuvers over the handlebars at the off-road triathlon probably told me I should stick to the bitumen.

The highlight of the series came at the 70.3 in Yeppoon (my first 70.3), where unexpectedly I qualified for the 70.3 Ironman World Championships. I finished sixth in my age group, hence the ‘unexpectedly’. After a lengthy two-minute discussion with Alishia we decided to attend the roll down, after all it was in Mont Tremblant Canada!

First would take his place, it would then roll down to me, I still remember trying to sign the waiver forms, my hands were shaking. Admittedly, that might have been from the teeth-chattering bike course. Still to this day I’ve never seen so much debris on the road, the full set of tri bars got my attention.

Five of the six races would take place before the Melbourne Ironman in March and having scored points at each event I was leading the series, with just the sprint distance triathlon to follow two weeks after Melbourne.

I’m sure others can relate, in preparation for the Ironman, I’d often you get asked, “What time are you aiming for?” I would answer “around ten hours”, even though as a first timer people would give you ‘that look’. Privately I was aiming for sub-nine hours. Just imagine if you asked someone who’d never done an Ironman and they said “sub-nine hours”, it’s just pure arrogance.

I finished the Ironman in 8:51 and second in my age-group, earning a place to Kona. Funnily enough one moment in the race which sticks out was at the 35km mark of the run, my Grandma who’d been waiting for me to pass says “Oh my God, it’s about time Tim, its freezing”.  To have a laugh at the 35km mark of an Ironman is pretty rare I’d imagine, I suppose she’d had a tough day. 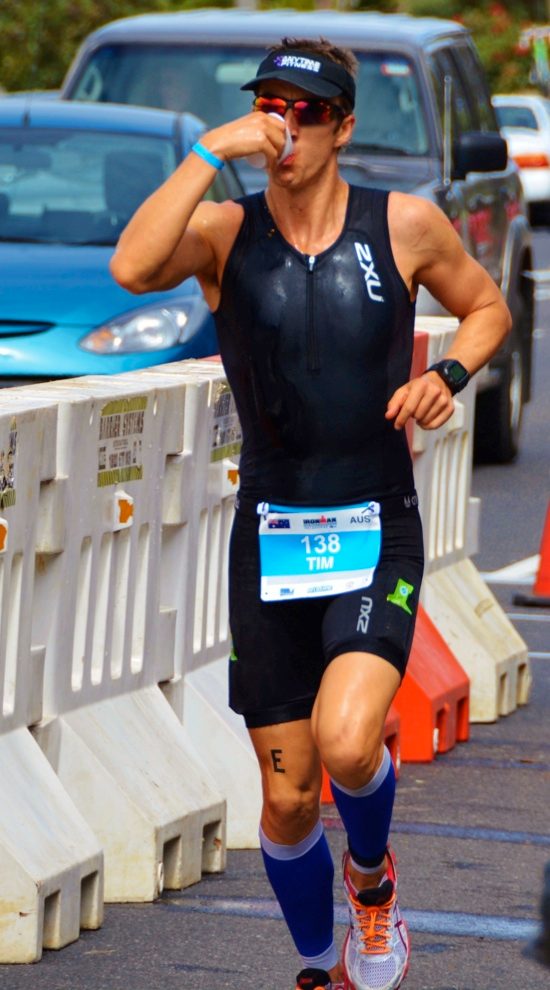 Following Melbourne I’ve been lucky enough to receive some support from Anytime Fitness and International Protein. I spend three hours a week in the gym with my coach doing very specific strength work, and the results have been very positive. I was using International Protein for a few years and decided to approach them, it only seemed logical, and I truly believed in the product.

I’ve been keeping an online training diary since commencing my preparation for Kona, the weekly videos have been a real hit.  Check them out at www.timballintine.com, @timballintine or #IMTremblantKona.

For those who want to know what time I’m aiming for in Kona, hopefully around 10 hours. I’ll be writing full race reports following Mont Tremblant and Kona for right here on 220triathlon.com – watch this space!