In 2011 I entered my first multisport event. Having spent around four years cycling 15 miles a day commuting to work, and having recently got into running, I decided to take part in an off-road Human Race event going by the name of the Iceman duathlon. A 10km run, 18km cycle and 5km run. How hard could it be?

Horrifically hard, as it turned out. At that point The Iceman was the most gruelling thing I’d ever done. On-road cycling (and the occasional cycle round Richmond Park) was no substitute for off-road training. I walked most of the final 5k run and was one of the very last competitors over the finishing line (187TH out of 191). My bike was looking very lonely in the racking area which was already being cleared away. But you know what? I flipping loved it! 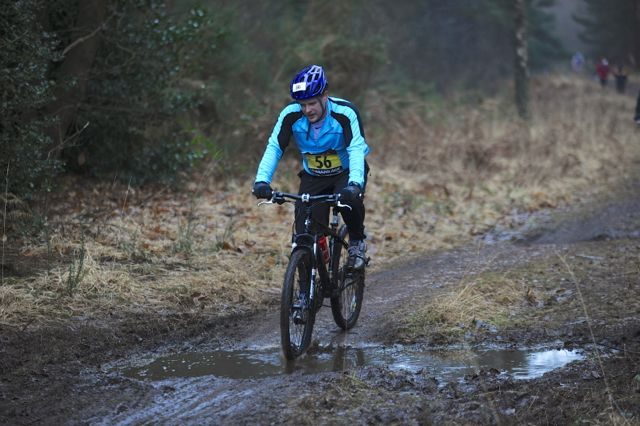 The next day I signed up for my first triathlon, the Banana Man (800m swim, 31 km cycle, 7.5km run) which was being held several months later.

In some ways I was better prepared. I’d ditched my mountain bike for a “proper” road bike, had put in the miles and had also done some sessions in the gym where I’d get straight on to the treadmill after a session on the exercise bike. This, I’d later discover, was known as a “brick” session. 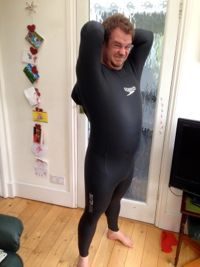 The wetsuit I own is actually designed for someone who is over 6ft tall (I’m 5ft 7 inches) but still isn’t large enough to accommodate my girth, which I discovered during an ill fated attempt at swimming in Tooting Lido. I therefore abandoned the wetsuit for the actual triathlon and haven’t tried it since.

However some breast stroke aside I was rather pleased with my performance and managed to finish the run section without resorting to a walk.

Two years ago we relocated from London to West Sussex and I joined East Grinstead Triathlon Club. Through regular training and a number of sprint distance races my cycling and swimming have come on leaps and bounds. My running not so much so. Mainly because I have a tendency to run to the car before the run sessions begin.

This had serious repercussions when I entered my first (and only) Olympic distance triathlon in 2012. My training hadn’t been helped by the fact that I’d been on a stag do to the Isle of Wight festival three weeks before. It rained constantly and what I consumed probably wasn’t what the Brownlees would have pumped into their body prior to the Olympics. As a result I was ill in the last few weeks before the race and my training suffered. Once again I had to walk a large proportion of the run and crossed the line 65th out of a field of 75.

King of the Castle? 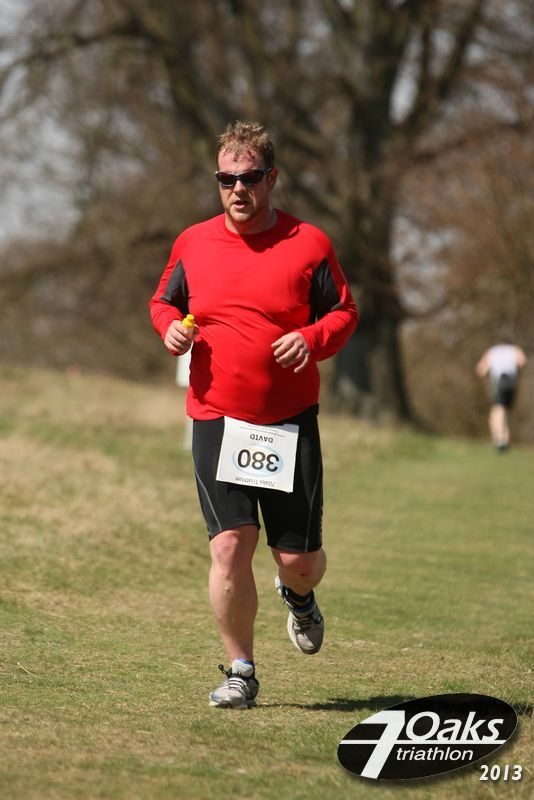 So this time I’m going to do it properly.

I’m going to really focus on my nutrition (aiming to shift a good 10-15kg) so I can get into my wetsuit and shave precious seconds, if not minutes, off my swim, cycle and run times.

I’m going to dedicate as much training time to running as I do swimming and cycling.

And I’m going to try to not get as drunk as I did at the Isle of Wight Festival during my friend’s stag do weekend in Hamburg less than a month before the race.

What could possibly go wrong?

David will be reporting back soon on his preparations for Windsor Tri, watch this space!