After deciding to take another crack at one of Britain's hardest triathlons, age-grouper Sean McFarlane relives last year's race in the hope he'll avoid making the same mistakes again

Doing an Iron-distance race finishing with a run up and down Britain’s highest mountain was hard enough. Deciding to do it again was even harder. So what swung it? The free bar at the end. Yes, always a Scotsman (writes Sean McFarlane, Merrell ambassador).

Other than the booze, there were a few other attractions about this race – lots in fact. Being able to sleep in my own bed the night before an Iron-distance race was a unique and welcome experience. The chance to swim underneath the Forth Road Bridge, eighth wonder of the modern world, was difficult to turn down.

Ah, it was all coming back to me. Having a bike course that passes only three miles from my house was also hard to refuse. And a run along the spectacular West Highland Way and an energy-zapping run up and down Ben Nevis sealed the deal. City to Summit – the return. Here we go.

My ability to only remember the good bits of past experiences has got me in trouble over the years so my focus from the outset was to remember what went wrong first time around and improve on that. So how had it really gone?

The swim had been a lot better than expected. It was sensibly cut back to 1200m due to water temperatures. I’d managed that OK despite the fact that an ability to swim in a straight line continues to elude me. We’ve had a warmer winter this year than last though, so 3.8km awaits this time. Thick wetsuit at the ready.

Biking on familiar roads was good but knowing what awaits isn’t always helpful. Last year my pacing left a lot to be desired and as usual I got a bit hammer happy early on and paid the price around the 100k mark. Nutrition-wise I’d been happy with what I did, but I do wish I could have timed my pee stops to coincide with my pit stops. Every little helps.

The second half of the bike course after Lochearnhead was always going to be a bit crowded but there’s no denying its beauty. I’d foolishly looked forward to the final descent into Glencoe but a headwind soon put paid to that. Same for everyone though. 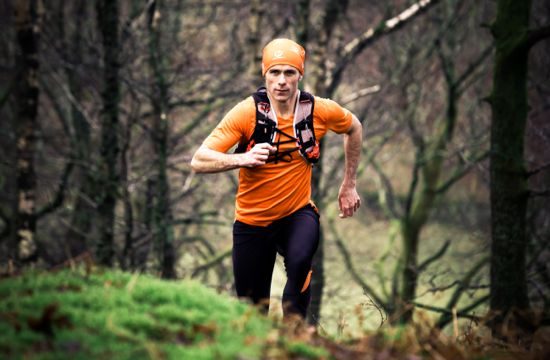 The 10km start on concrete was expected but still didn’t help me with trying to find my rhythm. I was fairly well back at that point but knew the first hill would catch a lot of people out. Hopefully not me. It was a big one though. And it was slippy. Once eventually over it and down the other side I managed to get into my stride and at long last began to feel good.

Into Glen Nevis and I was trying hard not to look at what we were about to go up. A final pit stop and I was off, feeling tired and very keen to head to that free bar. Ben Nevis is a busy mountain by Scottish standards and lots of strange looks duly ensued. If only they knew that the day had started for us in South Queensferry at 6am! 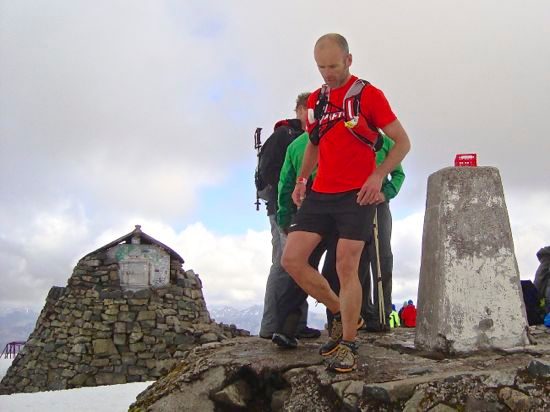 After what felt like a week, I got into the snow and then the summit. The leader for most of the day was still in that position there but he looked tired. Maybe I had this. Once on the descent, I knew I’d catch him. So I took three stops to take on gels and do what was necessary to make sure that when I’d passed him I wasn’t going to be caught. 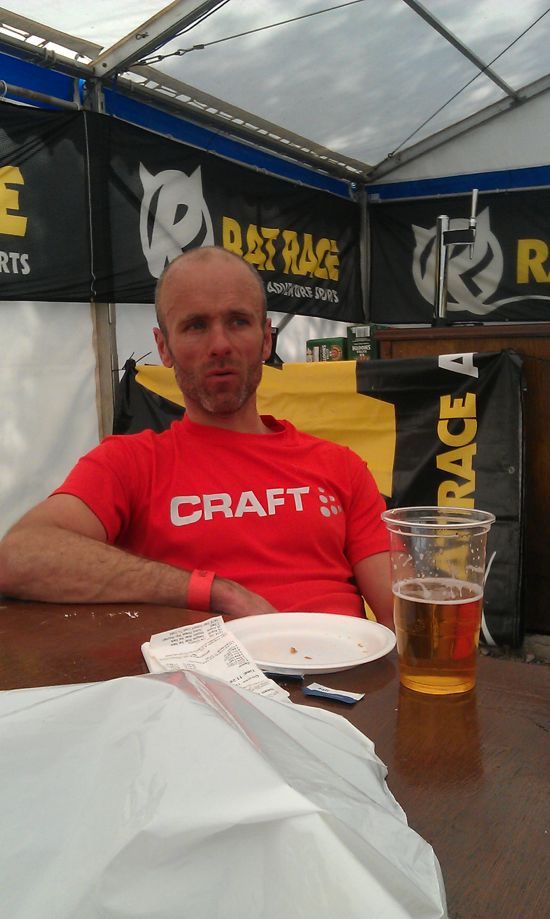 My only hope now was a face plant by Thom, but he stayed upright and won, beating me fair and square. But I was first to the bar.

Maybe quicker transitions are the key but it’s a long, long day out so I’ll just stick to trying to train that bit harder. Less than three months to go though so better start soon.

Sean will be reporting back soon on his preparations for City to Summit, watch this space!