After some 9,195km of maniacal car drivers, bugs the size of birds, roaming bears and plains (lots of lots of plains!) on 6 August Brit triathlete Steve Harvey crossed the finish line of the inaugural Red Bull Trans-Siberian Extreme bike race.

A stomach bug, fingers free from any feeling and a chronic lack of sleep were just some of the ailments dogging the Plymouth-hailing plumber – christened ‘the Machine’ due to his ability to eat up the miles – as he took third in a field littered with pro cyclists and Olympians:
“One of the stages lasted 56hrs with 30,000ft of climbing,” smiles Harvey two weeks later back in his native west country. “The final 100km stretch was into a headwind as well, which was the toughest time I’ve ever had on a bike; it felt like there was a God pushing against my head to stop me riding.”

Yet Harvey’s eastern escapades were just the latest ultra adventure from a man who once completed 30 long-distance (3.8km swim/180km bike/42.2km run) events in 30 days, ran a marathon with a fridge on his back and scooped the 2012 International Ultra Triathlon Association Deca world title. Put simply, Harvey is a man with a genuine claim as both Britain’s fittest triathlete and its fittest man full stop, therefore possibly the best person to turn to for advice on all things ultra!

So if you’ve got the ultra-bug, see the advice below for Harvey’s essential advice on tackling a double ultra and beyond in 2016…

It’s key to build the base this winter. I’d aim for up to 20hrs a week of training for a double, with 5hrs on top of that for a weekend bike session. Swim technique is all-important as efficiency in the water is crucial during the double. I joined a swim club and thought the coach was always picking on me, but I got my 3.8km swim time down from 1:13hrs to 57mins within a year. On the double, the cycling will often be flat so it’s the marathon run where you’ll really start to feel the race. So I try to train with a slight run dominance. But remember that the one way to get better in racing is to suffer in training.

Visualisation is key so picture every step before the event. If you plan to cycle 120km a day then cycle that 120km unless you’re injured; once you start quitting then you’re on a free fall. Try to do point-to-point runs so then you’ll have to get home and have no chance to take the easy route. While riding with friends is great, being self-motivated is mandatory, as you’ll be on your own on race day, so train by yourself. 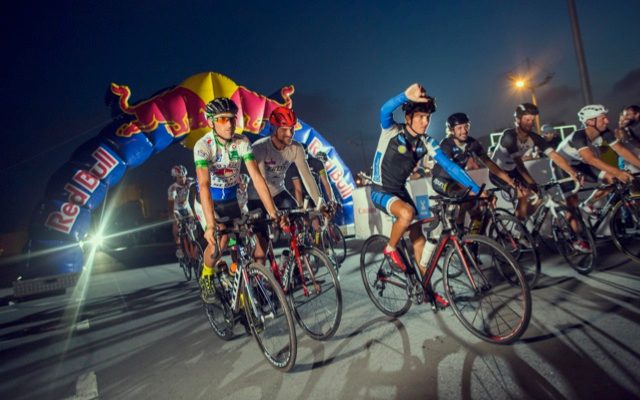 Steve Harvey, second from the left, about to embark on another day of the Trans-Siberian Extreme Bike Race

Don’t be overwhelmed by the overall numbers and try to do each of the disciplines in a race before your ultra, like a 400km audax or double marathon. Break the cake down into segments to hit smaller goals throughout the race. For the swim, don’t think about having 7km to go but keep it to just 1km goals at a time to keep it mentally manageable. I personally aim for 2:30hrs per 100km on the bike and save your legs on the run until 10-15km from the end. Also remember that training or races don’t always go to plan, so try and have a ‘B’ option – maybe a single long-distance event – if you aren’t prepared enough for your double attempt.

I don’t go crazy on buying gear, but my two key purchases were a Garmin Edge 1000 bike computer and the Garmin Vector power meter.
I analyse the data in front of me, but there’ll be some sessions where I just want to listen to my body. Don’t get overwhelmed by the numbers. Remember the races are so long that the battery life of watches and computers often won’t cover the whole duration. 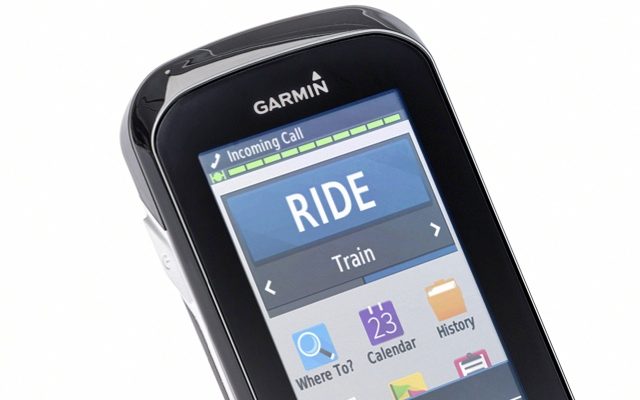 Analysing data is a big part of logging the ultra training miles, but don’t become overwhelmed by the numbers

A swift recovery after each session is key when training for an ultra triathlon. I’ve started seeing a physio and I get a sports massage once a month. I was once as stiff as a robot so I now do yoga for flexibility, and use foam rollers after each session. Long bike sessions are incredible for putting endurance into your body and minimising run injuries due to the lower impact.
I use some fairly minimalist Pearl Izumi trainers and practise soft landings in them.

For moral and ethical reasons, I became a vegetarian a couple of years ago – I still can’t get my head around eating flesh! I feel like I’ve had more energy since then and I’ve noticed huge positives in my performance. I now get my protein from eggs and nuts and a huge variety of beans and superfoods. I drink almost exclusively green tea or water.

Check back soon for a sub-1hour session to mentally prepare you for the ultra ahead!