Should you stretch before running?

To stretch or not to stretch? Some seem to swear by it, whilst there are fast runners a-plenty out there who deem stretching as overrated and do almost none at all. Our expert Rob Stewart gives us the lowdown...

This question usually sparks much debate and differing opinions within the world of coaching, exercise science and athlete testimony. At races or training sessions you’ll see a whole host of stretching behaviours, from the elaborate, almost impossible contortions to the aggressively rigid non-stretcher. But who is right? The answer is far from simple.

As far as stretching before hard sessions is concerned (those most likely to cause injury), the first thing to establish is what a ‘hard run session’ is. To call on my own experience as an endurance runner who trains on the track regularly I have my own ideas, but this will be significantly different from that of a sprinter or 1,500m runner. The time that a sprinter spends preparing, stretching and doing strength and stability exercises prior to an effort always far outweighs the length of the effort itself. In endurance running, it’s unlikely we’d be doing sprints as the bulk of a hard efforts session, so let’s assume that we mean a threshold or VO2 max session up to 5km in total.

Stretching can be pretty traumatic. That deep burning feeling you get is fibres tearing at a microscopic level. There are two distinct types of stretching: static and dynamic. The former is where you adopt a position and hold, and the latter is where you’re stretching actively, concentrating more on technique and running form while never ‘holding’ the stretch.

There’s quite conclusive consensus that static stretching before running has a negative effect on both the strength and power that the athlete can produce. It can also make the session feel harder. Specifically looking at endurance running, static stretches have been shown to reduce the distance that seasoned endurance runners can cover in a time trial.

Studies have shown that these negative effects attributed to static stretching are not replicated when runners do a dynamic warm-up. When I coach groups, we always do a good 20mins of dynamic warm-up activities such as light jogging, running technique drills and even hopping. The purpose of this is to prepare the body for a hard session while reinforcing an efficient running motion. 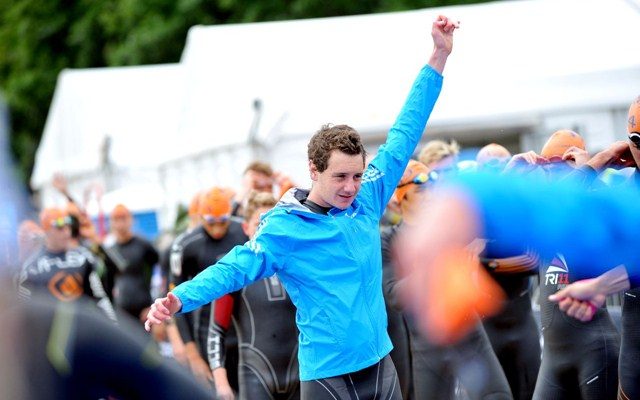 As I mentioned, this is a contentious issue and the debate is ongoing. I base my opinion on studies and personal experience – but that isn’t to say static stretching doesn’t have a place, especially for those who have mobility issues which can lead to further injury. This said, alternative methods of managing injuries such as physio, strength and stability work (e.g. pilates), or even a foam roller may be a better alternative.

What do you think? let us know in the comments!

How to recover from an IT band injury

Tri Q+A: Should you race with a cold?

Dealing with the dreaded ‘runner’s trots’

Cut your risk of injury this year