My first ever European champs representing GB’s U20 team is definitely up there as one of the hardest I’ve ever done, thanks to a new ‘experience’ during the run.

My dad, the other GB athletes and I trained for a flat and fast course, but on race day we’re in for a surprise. I’m not sure of the exact elevation of the bike and run courses, but I’m certain that they weren’t as “flat” as advertised!

During the week leading up to the race the sea stayed pretty warm, and at 24°C on race day it’s definitely a non-wetsuit swim! But despite the salt, it’s fairly pleasant to swim in. 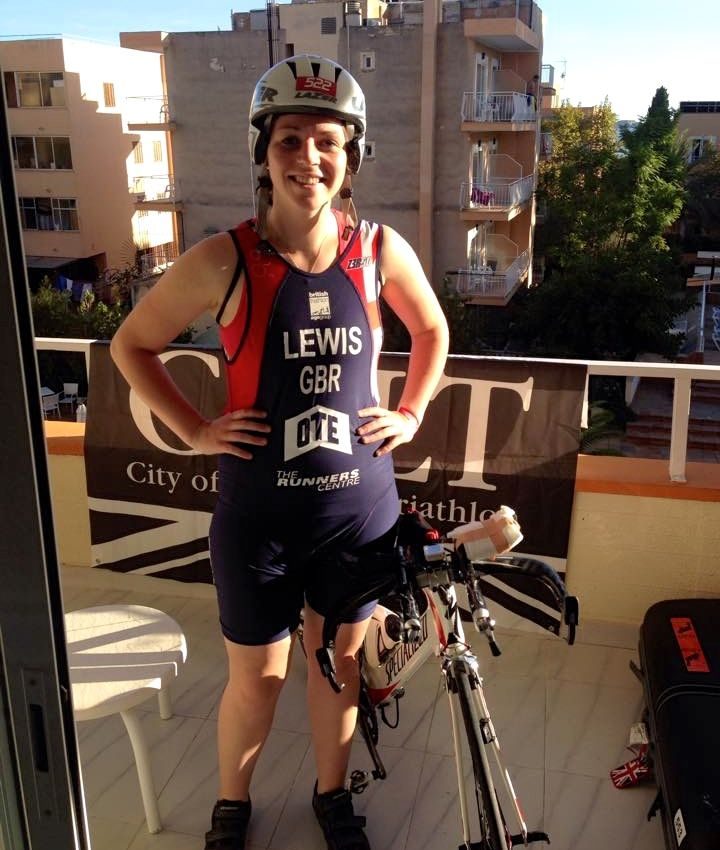 The surfer waves we were paddling in on Friday afternoon have disappeared by Saturday lunchtime when the race starts, and I’m on for an open-water PB despite my Garmin saying afterwards I had done 1.6 miles instead of 1.2!

Disappointingly, my dad is out of the water just before me but he likes to take his time in transition, so I’m in and out of T1 before him in no time.

On to the bike, and the course takes us through the town centre scattered with supporters before we start to climb the 151m vertical elevation up to the turnaround point. The roads get narrower as you climb higher and reach the first town, making it difficult to overtake without being penalised for drafting!

After the turnaround point my dad leaves me for dead on his road bike and I don’t see him again until the run. After the biggest climb at the beginning of the two-lap course, the route is littered with slight inclines that damage your average speed and require a little more power – enough to make it harder than expected and sap your energy.

Cycling on closed roads is a brilliant experience, it’s well managed by the police, and despite the hills the course is scenic. The support through the Magaluf strip is brilliant with people sat in bars drinking all afternoon and shouting: “Go GB!” And I can now say I’ve been to Magaluf twice…

The descents are fast and technical, and if you have good handling skills then that’s where you make up your average speed. I fly through my first lap and get considerably slower on my second after losing a bottle and developing back and neck ache, probably due to having to re-build my bike after the flight to Mallorca.

It’s a very hot day, something around 31°C, and with no clouds in the sky and direct sunlight on you all afternoon, staying hydrated is incredibly important. The race gets harder as I’m getting dehydrated after decanting a bottle from the cages on my seat a couple of miles after the last aid station, but soon enough 56 miles is over and T2 awaits. 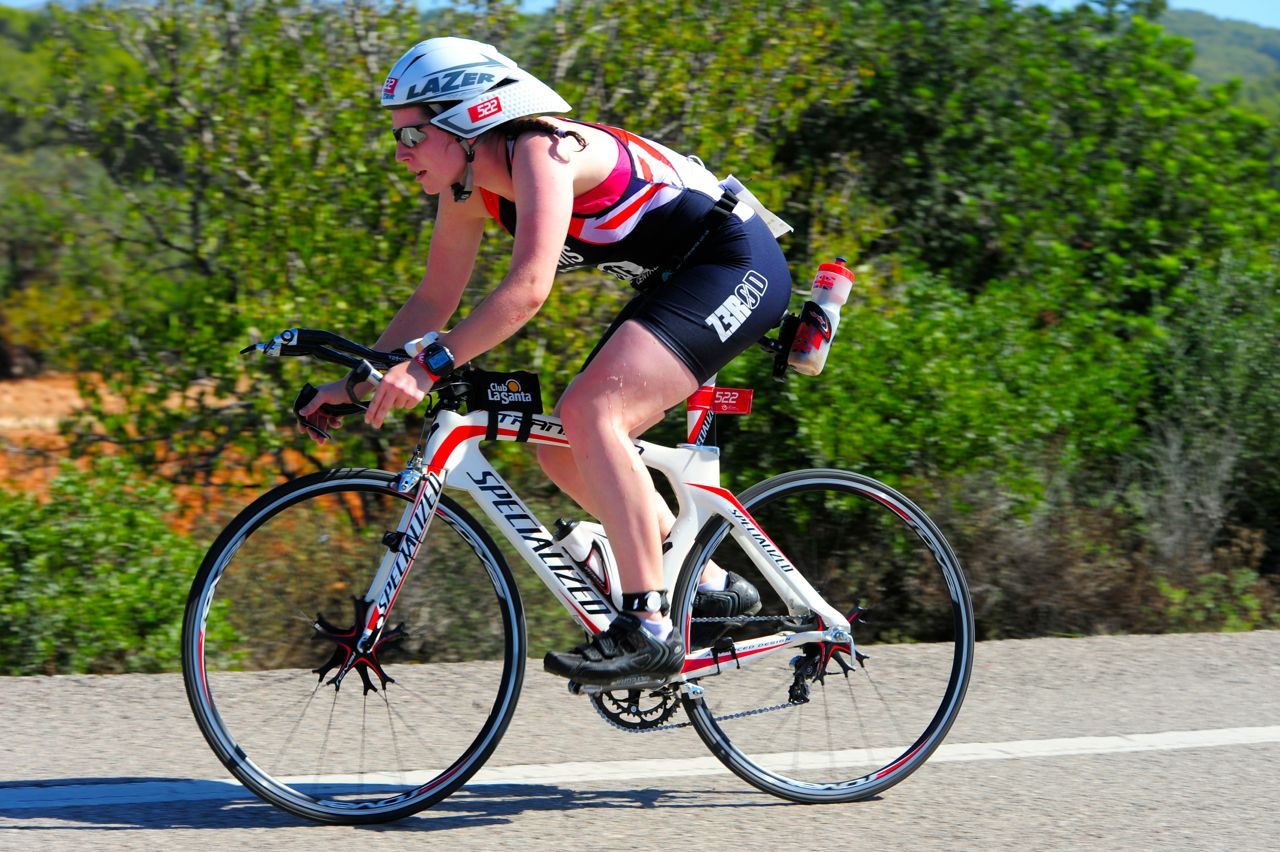 The run course is an undulating four laps of the town centre with the main hill getting steeper each time you go up it – or at least it seems that way.

My first run lap is difficult with little energy left in my legs, and being thirsty for water I take on everything: water, Pepsi and isotonic drink, and soon enough my pace picks up and I feel better.

By late afternoon it’s still very hot, but much of the run course is shaded and with sponges and bottles of water being thrown over us by spectators the heat isn’t a problem, it’s pleasant being out. Except the squelching shoes as I plodded on for 13 miles dripping wet.

The ‘new experience’ mentioned earlier comes when I meet fellow GB age-grouper Peter Whent on the second or third lap when I’m beginning to get delusional and zone out. He introduces himself and I muttered some tangled words before asking if it’s acceptable to wet yourself during the run (we all know that’s permitted on the bike) and he says ‘yes’.

I grab a few bottles of water at the aid station, and it is one of the hardest and strangest things I’ve ever tried to do. I didn’t fail, but I didn’t entirely succeed and I came to realise that when you are really trying to wet yourself while shuffling down the prom in Mallorca, and pouring water all over you, you really do have problems!

The support at the finish line and the start of each lap is incredible, with spectators handing out a Union Jack flag as you’re about to cross the line. Throughout the whole of the run I plan my finish line face, which in reality isn’t anything like I had pictured. 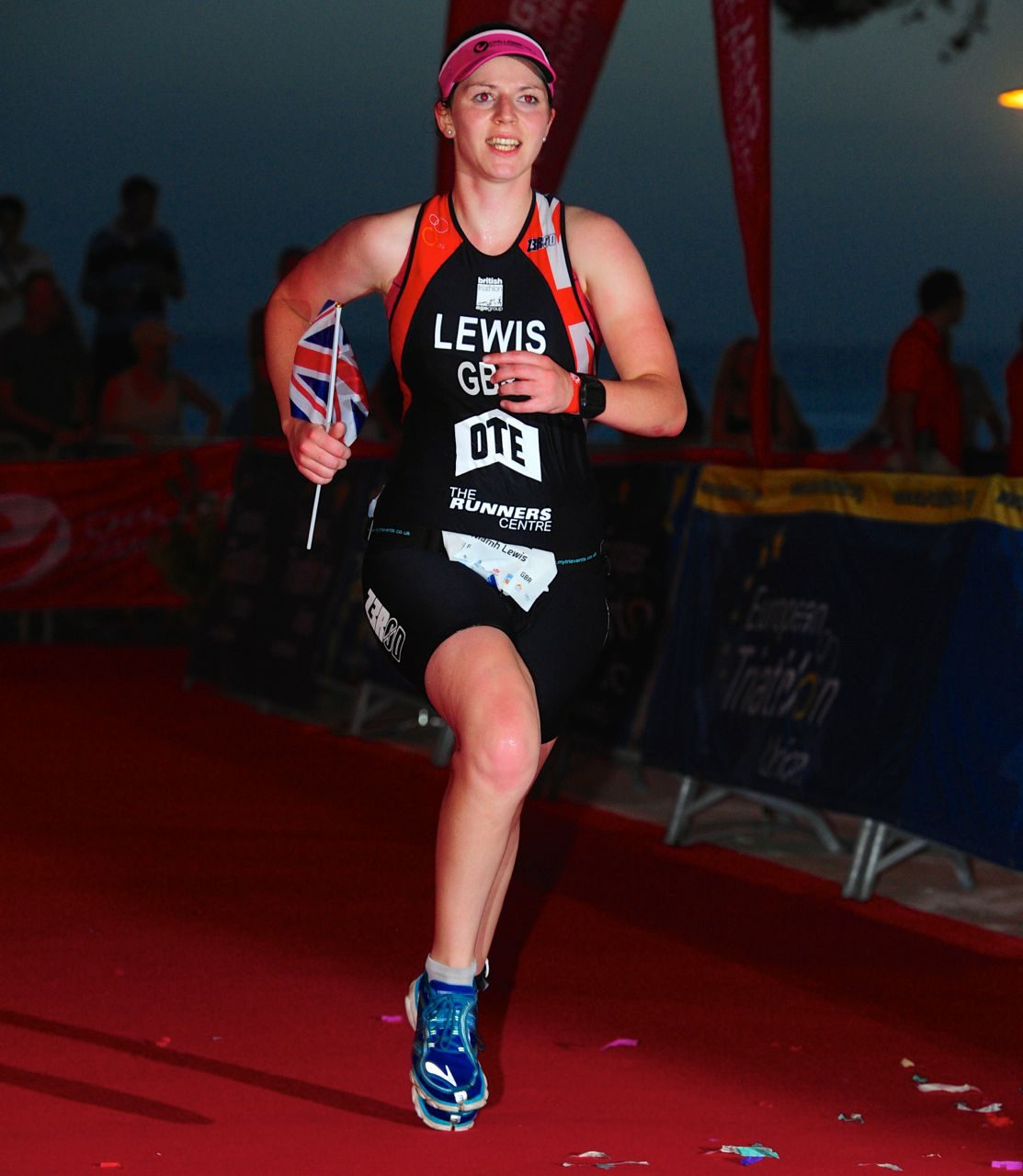 What actually happens is I sprint across the line with my arms half in the air and a look of bewilderment because I have just come second in Europe for U20 middle distance, and it’s difficult to take in the electric atmosphere.

But the best feeling of the day isn’t standing on the podium waving my flag like a lost child, or receiving a silver medal. It’s watching the last two women cross the finish line a minute or so apart and seeing the entire place light up and cheer them on finishing a very tough and in some parts, a lonely day out.

For one of them it is her second ever triathlon, and to see that almost everyone in the town’s there cheering them both on is what makes this sport so fantastic.

Did you race in Mallorca? Let us know in the comments below!