How long should you rest after a big training run?

While there’s no definitive answer to how long you should back off, you should certainly think about taking two days off running – a swim or easy spin on the bike perhaps, but steer clear of anything intense.

>>> Ironman: how much run training do I need?

This definitely got me thinking – recently I was on a running training camp in Portugal and I asked a few of the coaches there what they thought, and they all came to a similar conclusion: a super–fit runner will take at least a few days to recover and a runner who has only just built up to a distance of 15 miles might take more than a week.

Of course, this led to further questions regarding what exactly you should do in that week as nobody who takes their sport seriously can afford to do no training at all!

Short speed or hill sessions topped the poll; in fact one international-standard marathon runner always did short hill repeats (around 100m) the day after as part of his recovery from a long run. As a triathlete, perhaps a bike or swimming session the next day would be optimal, then after another day or two you can restart running with a light sprint session. 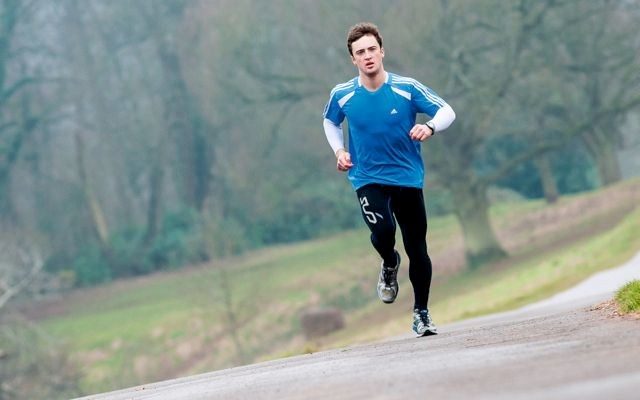 In the interests of science, I thought it would be a good idea to test this theory on some athletes at the training camp. None of them had run 15 miles before, although two are 1,500m county champions.

They felt great for the run, but for three days after they were wiped out. It was fascinating, especially as there were no initial signs anything was particularly wrong. But when a younger athlete who doesn’t normally get anywhere near them matched them stride for stride in a 6 x 3min workout, you could see just how much damage an easy, long run had done.

My conclusion: err on the side of caution. If you do want to run the next day make it short and sharp. And no matter how good you feel, take it easy for at least three days afterwards.

How to master the middle distance run leg