The rush of adrenaline, boost of endorphins and satisfying glow of a hard day in the swim, bike and run office. Upping the heart-rate and burning the calories might sate the triathlete’s puritanical desires, yet when it comes to winding down this heavy aerobic schedule, readying the body and mind for the race ahead, many of us struggle.

Fears that fitness is ebbing away and the promised freshness failing to materialise abound, but as two-time world champion Jodie Swallow warns, “hard work does more harm than good in race week. The cookies are cooked and now need to cool and harden to produce the perfect crunch come race day.”

Toeing the start line can be the capstone to months or even years of preparation, so the taper deserves to be respected. But with ever-changing variables like race distance and current fitness, and external factors such as travel, work and family, can it ever be perfected? Is peaking for performance an art or science? When a generic training schedule from the web urges reducing training volume a month out, but then coach Brett Sutton sends Nicola Spirig to compete in a middle-distance race 13 days before winning Olympic gold, it’s not hard to see why it’s a multisport minefield to get right.

Iñigo Mujika (author of Tapering and Peaking for Optimal Performance and former coach to top Ironman Eneko Llanos) reviewed all the papers written on tapering and couldn’t find any one definitive method. “I believe it requires constant experimentation, but if you’ve got a stressful build-up then what worked perfectly last time could be doomed to failure.”

While the nuances remain rife for debate amongst sports scientists, there is consensus around a general model. “You need to drop volume, maintain frequency and keep some intensity to remind your body what it’s supposed to be doing,” says Simon Ward, the three-time 220 Coach of the Year. “That’s generally accepted among most coaches in most sports. Reduce the run volume first because it causes the most impact on muscles, followed by cycling, then swimming. It’s also a chance to clear up any lingering aches and pains. Remember, you cannot boost fitness at this point as the race arrives before the body has absorbed the training, so it’s about freshening up mentally and physically.”

Ward also suggests there’s a technical reason not to power down completely. “These sports require a certain amount of skill,” he continues. “90% of triathletes aren’t particularly competent swimmers so quickly lose the feel for the water. In cycling there’s a rhythm to the pedal stroke, so a bit of time off the bike and it feels awkward; stop running regularly and you feel uncoordinated.” 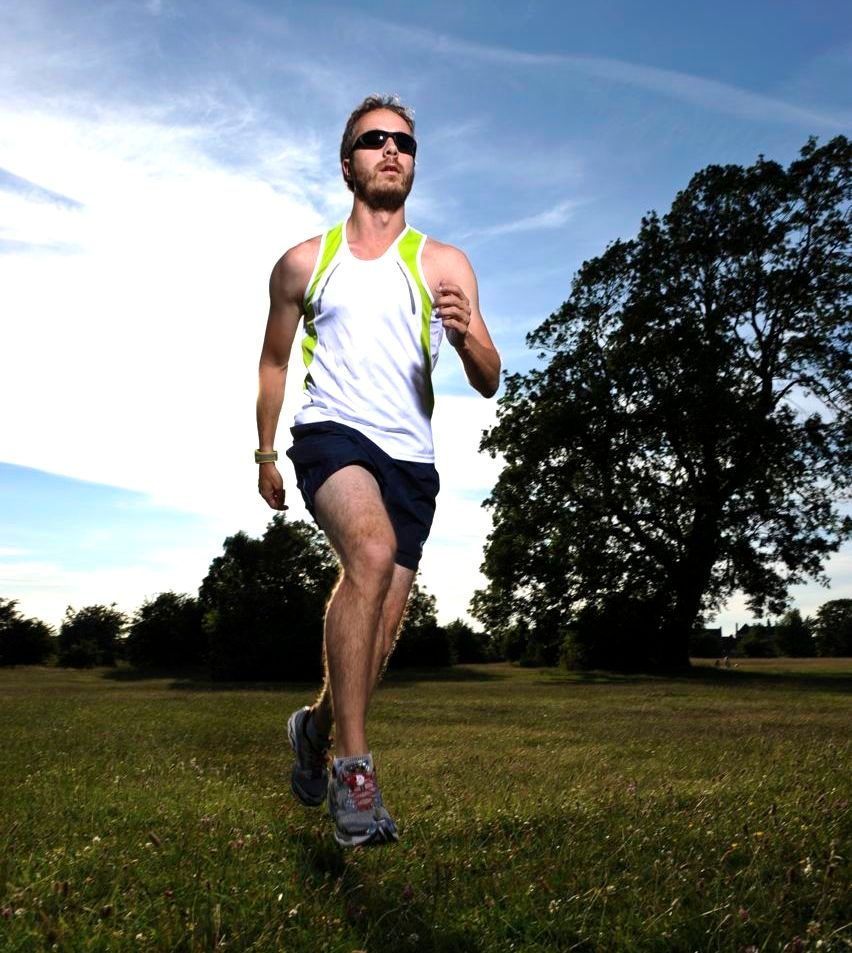 The body’s adaptation from heavy training to race sharpness is the primary concern. “When training for three sports, recovery between sessions is often minimal, which can lead to an accumulation in fatigue,” says Kate Spilsbury, studying for a PhD on the effects of tapering on elite athletes at the English Institute of Sport. “This means a reduction in muscle glycogen stores and muscle damage. Both are linked to chronic inflammation, which has been shown to reduce performance and create potential hormonal imbalances, indicative of a catabolic environment. Heavy training also causes a faster rate of protein metabolism, which increases fibre breakdown, so to generate the same power in performance more muscle fibres are recruited.

“Tapering restores the physiological capacities,” Spilsbury continues. “Studies have shown performance increases for tapers lasting six days up to four weeks. And the heavier the training load beforehand, the more aggressive and longer the taper required. A 40-60% drop in volume, while retaining frequency, and maintaining, or even increasing, intensity in interval sessions is key to improving performance. We’ve found many athletes don’t taper aggressively and early enough and often peak too late.”

Monitoring the effectiveness of a taper is not straightforward. “We know metabolic, neuromuscular, hormonal and haematological responses to tapering take place, but performance results from a complex interaction of physiological determinants and we don’t specifically know how they all interact,” says Spilsbury. “Blood samples and lab analysis are required, so for most athletes it may be best to go with feel and trial and error.”

As a guide, Ward advocates using the Training Stress Balance performance metric, where the difference between the chronic stress (built up over time) and acute load (daily strain) are compared. “In a progressive training block the acute load is greater than the chronic level, so your training stress balance is negative,” he explains. “When it comes to the race, you want it reversed, so you need to ease back. The catch is that if you sit on the couch doing nothing, you get shot of fatigue, but the fitness will be disappearing too.”

If a race is not the primary goal, tapering may be minimal. Marc Jenkins, coach and husband of top ITU pro Helen Jenkins, says they focus on two or three races a year. “Other races entail almost normal training until four days out,” he says. “The most important thing is to stick to the routine. Helen will do the same prep set two days out, then one day out.”

With training reduced, nutrition concerns over the quantity and type of substrates required naturally come to the fore. In the late 1960s a technique was developed involving a depletion phase of carbohydrate prior to 3-4 days of heavy intake before competition. Starving the body of carbs was surmised to stimulate the enzyme glycogen synthase, with the replenishment phase then boosting muscle energy stores beyond resting levels.

Today, the English Institute of Sport, whose head of performance nutrition Kevin Currell worked with GB triathlon for six years, including the successful London Olympic cycle, prescribes a more moderate approach that doesn’t include the depletion. It’s one Linia Patel, a sports dietician at Pure Sports Medicine, agrees with, vouching for increased carb intake to 8–12g/kg body weight per day (so a 75kg man would need to consume a daily minimum of 600g carbohydrate). 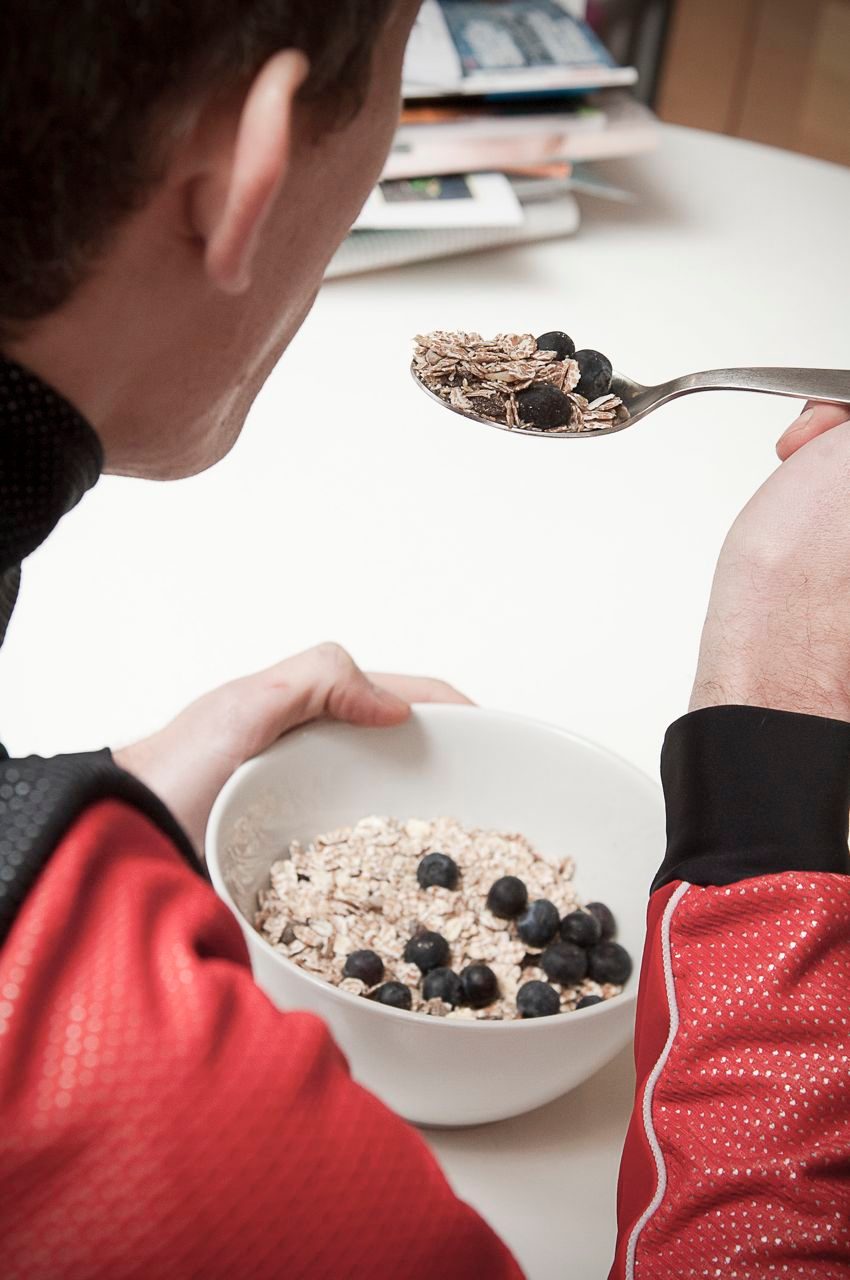 “Fat intake is reduced by 20-30% to ensure an isocaloric diet,” says Patel. “The majority of carbohydrates should come from wholegrains, fruits and vegetables, with approximately two litres of fluid a day for optimal hydration [passing urine that is a pale straw colour is a good sign] and no alcohol. For shorter triathlons, increase your carb intake 48-72 hours before the race. For half and full iron-distance races, you may need to consume a ‘tapering diet’ for a week. This also boosts your immune system because immune cells use carbohydrates as fuel, love rest and relaxation and thrive when hydrated.”

Simon Ward actually suggests stripping the diet of fruit and vegetables in the final two days before the race. “You’ll probably have a runny tummy on race morning anyway,” he says. “More fibre will only make things worse. Eating starchy carbs such as rice and pasta worked well for me at Ironman Lanzarote. Also consider increasing salt intake the day before if it’s a hot climate.” As carbohydrate requires water to support it, there can be an increase in weight but, says Ward, not one triathletes should worry about: “It’s transient, and if it’s an Ironman you’ll probably emerge about three kilos lighter.”

As for imbibing, he sees little harm in a glass of red wine before an early bedtime pre-race and it may aid sleep. Race morning is down to personal choice, but a small bowl of porridge or a plain bagel with jam or honey would suffice.

With the body on track, the last piece of the tapering jigsaw is the mind. “There’s definitely a psychological part,” agrees Simon Ward. “Triathlon can be just an excuse to satisfy our obsessive compulsive gene, but athletes who are really interested in performance are happy to ease off because they know it’s going to make them race better.”

Yet jeopardising a race because of a ragged taper is a clear and present danger. “Ironman Hawaii’s a great example,” Ward adds. “It’s a destination race and you witness people out running and biking, caught up in the excitement. Even if they don’t overtrain they often take on the role of tourist. Sunbathing and suffering from dehydration or souvenir hunting can take its toll.”

With training reduced, the temptation for later nights can also be hard to resist, yet shut-eye should not be compromised. “It’s the best recovery tool there is,” says Ward. “Have as much if not more than usual. Good habits need to be retained.”

Feeling sluggish is often reported, even by six-time Ironman World Champion Mark Allen. As he says of the second week of the month-long taper that he recommends for long-distance racing: “Your legs will feel heavy, you’ll lack motivation, and you’ll feel like you’re losing all of your fitness. This is the worst you’ll feel. But have faith!”

Ailments also seem to creep in more than usual. “I’ve asked several sports doctors on why people get ill when tapering and nobody has a conclusive explanation,” says Ward. “When people have a big event coming up, maybe a wedding or conference, or a heavy training block, they will themselves to stay healthy, but when it’s over, they relax and become ill. We’re often battling a sore throat or snivel in training and when we suddenly back off the endorphins are no longer acting like a natural painkiller, we become hyper-sensitive and have more time to think about feeling poorly.”

Don’t write off your chances if you do fall ill though. The hard work has already been done and it’s not uncommon for athletes to produce personal best performances after enforced rest pre-race – as one of the most notoriously savage trainers of all-time proved. The legendary Czechoslovakian runner Emil Zátopek, who won five Olympic medals and set 18 world records, was sick in hospital days before the 1950 European Athletics Championships, emerging from his bed-ridden state against doctors’ advice to win both the 5,000m and 10,000m, where he lapped the field in the process. It’s been coined the Zátopek effect, and is worth bearing in mind next time you feel a little off colour in race week.

What are your golden rules for tapering effectively? Let us know in the comments!