When talking about Craig Alexander, the obvious place to start is with a roll call of his achievements. Five-time world champion, six-time Aussie champion, the only man to win both the 70.3 and Ironman world titles in the same year, the oldest man to have won Hawaii and the current Kona course record holder at 8:03:56… the list goes on.

We have named Craig Alexander the 6th greatest Kona athlete ever

But this only tells half the story. ‘Crowie’ is also a dedicated family man, one of the nicest guys in triathlon and universally respected for his work ethic, professionalism and modesty. To say he is something of a sporting legend is a massive understatement.
However, things could easily have turned out very differently had Craig caught chickenpox as a youngster…

In 2002 his eyes were firmly set on the Manchester Commonwealth Games (as a stepping stone to the 2004 Olympics), when he contracted the disease most get out of the way in childhood. It knocked him sideways, just before the qualifiers for Manchester. As it would turn out, not making the Australian team at this time was to send his career on an entirely different trajectory, away from the Olympics and towards Ali’i Drive.

Largely due to this setback, Craig was overlooked by the selectors for most of 2003’s ITU World Cup races. So he packed his bags and headed to the USA for the non-drafting circuit that would keep his career alive, but ultimately lead him from Athens.
He learnt the ropes in 2003 and dominated the 2004 season, winning the Triple Crown: Boston, Chicago and LA, three of North America’s most prestigious races at the time. In 2005 he became the first man to take the big prize in the men vs women ‘equaliser’ format of the Lifetime Fitness triathlon.

And then in 2006 the 70.3 World Championships arrived, a logical stepping-stone up to long-course racing for a guy who’d been honing his short-course non-drafting skills.
Winning in Clearwater guaranteed Craig a place in Kona the following year and he was ready to show the world what he could do over the full distance.

Since taking second in his 2007 Hawaii debut, Craig has won on the Big Island three times and reclaimed the 70.3 world title last year in Vegas. In setting the Kona course record last season he knocked an incredible 13mins off his 2010 bike split. We were lucky enough to meet him at his summer training base in Boulder, Colorado, for an insight into just how he managed that feat.

“A combination of things changed on the bike in 2011. Equipment, conditions and attitude were the big ones, as well as the fact that I’d put more emphasis on bike training,” he begins.
“In 2010 there were a lot of us together on the bike. As defending champion I was expected to chase down every single attack and it was just too tiring. I knew in 2011 I needed a more proactive approach. So I decided I would push on in the ride, go up the road and see what happened.”

The effect of this approach was dramatic. The new, blistering pace saw the usual 10-15 front riders on the Queen K reduced to just a handful. The run was a battle of attrition after that, with Crowie outlasting the others and winning in a new course record time.
When asked how he now approaches bike training he’s emphatic that being ‘strong’ counts for a lot.

“For time trials over 180km I think you need a focus on strength,” he says.
“I ride six times a week and do at least two strength efforts a week at this time of year,” he continues. “The sets can be done on the turbo trainer, but when I’m in Colorado I prefer to do them in the canyons. There’s this great 4% gradient where I can hold a cadence of around 55-65rpm pushing hard, and I go up and down varying
the length of the reps.” 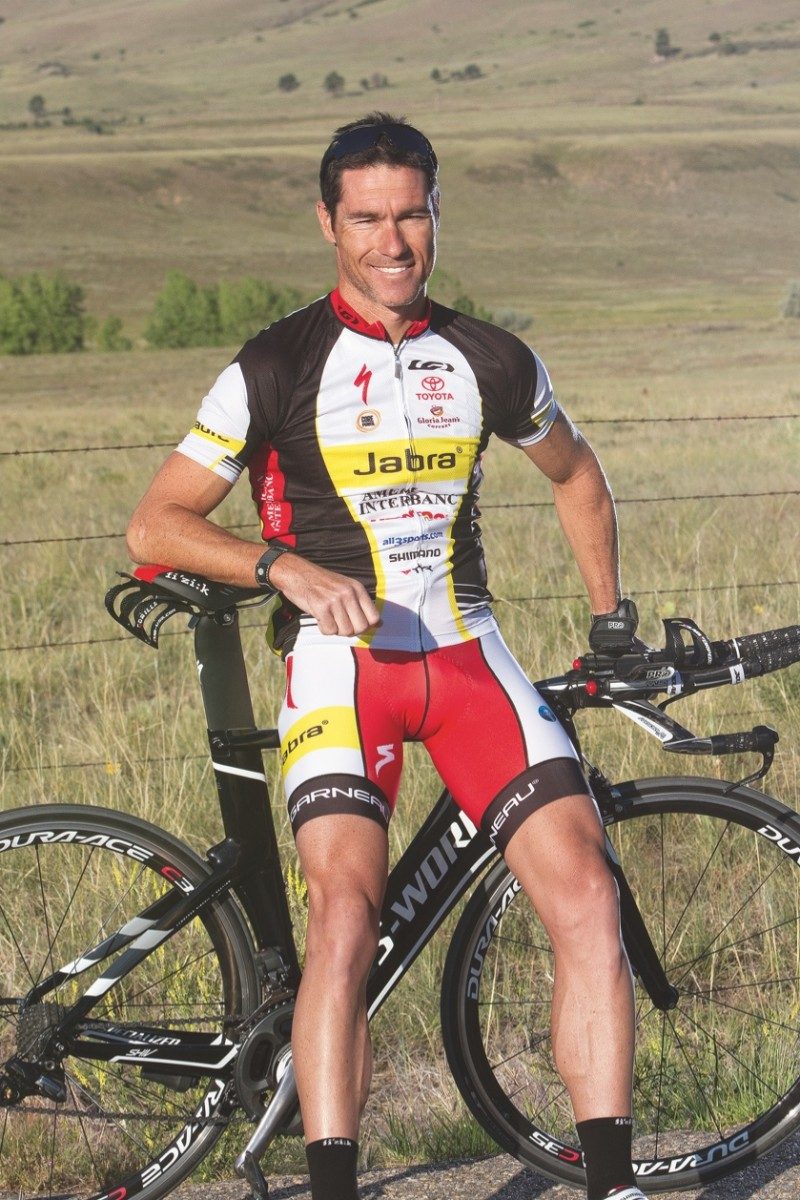 As we chat it transpires that Craig starts doing these reps as two or three sets of 10-12min efforts with 3min recoveries. And as his fitness improves towards the back end of summer he shortens the reps to 8mins and then 5mins, but does more of them – as many as five or six in a session.

“I also do two long rides each week during the Kona build-up,” he says. “The first is on a Wednesday and could be as long as 6hrs. I go up in the mountains so the long climbs naturally create blocks of intensity. On Saturday I ride for 4-6hrs. This is usually in the hills as well, but sometimes if there’s a group of guys going out I jump in with them for a bit of variety.”

Added to this, Craig tells me that he also puts in a 2-3hr time-trial-specific session on Thursdays including multiple blocks of 10, 20 or 40mins at Ironman race pace, and on Mondays and Fridays he rides 2-3hrs ‘easy’ for recovery purposes. It’s a hugely demanding schedule on its own, yet he also finds the time and energy to fit in six runs and four or five swims alongside all this time in the saddle.

We talk briefly about technology, and despite having a power meter fitted, Craig says he doesn’t always try to hit specific wattages when he rides.
“Training at 6,000ft altitude in Boulder really hurts your power output,” he says, “so I tend to go on perceived exertion and cadence, just as I do in races.”

“Cadence on the bike is much like stride length in running. People have a natural sweet spot for how fast they can turn their legs over, and getting it right for you is so important. I rode at around 96rpm in Kona the first couple of times I did it, but now I’ve brought
that down to 88rpm, which seems to work better for me.”

I proceed to enquire about otherareas that affect his performanceon the bike and he has some interesting insights to offer. The firstis around set-up. “Without doubt, comfort is the number one priority when getting your position dialled in,” he says. “I’m lucky that my optimal power position seems to be quite aero, but my advice to anyone wanting to have a good Ironman ride and still run well off the back of it is to be comfortable.”

As for nutrition he has one main piece of advice: listen to your body. “Nutrition is such a funny thing and people ask me about it all the time. But no two races are ever the same,” he says. “For instance, I usually take one or two SaltStick capsules per hour on the bike in Kona, but for some reason in 2011 I was taking four per hour. My muscles were feeling twitchy and crampy so I responded by upping my intake, which seemed to work.

“I have an idea of the carbs and fluid I want to get on board but I don’t keep on pouring it in if I’m bloated. In the same way, if I’m feeling weak I might grab an extra something from an aid station. The key is listening to your body and knowing how to respond. And that only comes with experience.”

When I ask what the future holds for him, Craig says that it’s very much about taking one year at a time at this stage of his career.“This year I’m all about defending my titles and after October I’ll reassess everything to see where I’m at. I’m still motivated and feel I can compete at the highest level, but most of my decisions will be based around what’s best for my family now,” he says.

Whatever he decides to do in the future and however the rest of 2012 pans out, Craig has already cemented his place in the triathlon history books. All that remains to be seen is quite how many pages it will take to document his growing list of achievements