>>> Beat the heat when going long

I think there’s a couple of factors of why I’m pretty strong in the heat. One, growing up in Brisbane helped as it’s quite similar conditions to Hawaii regarding temperature and humidity. So that’s an advantage. Also, my size helps. Being small helps in the heat.

During a race in the heat, you have to be very conscious of how much water you’re taking in. I made the mistake at Ironman Hawaii in 2012 of not taking in enough water and paid the price come the end of the marathon. In cooler races, you expend more energy so you need to increase your carbohydrate intake. You don’t need to be so aggressive with your water intake. 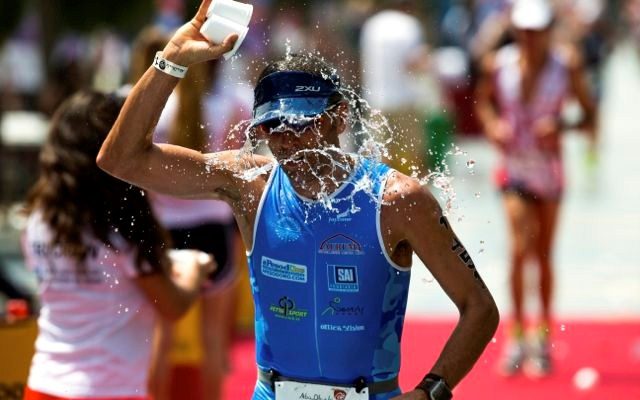 Tactics in the heat

I don’t really change tactics. The main thing I pay attention to is pacing and making sure I’m not going into the red, or burning too many matches as some people term it. If you fall behind with hydration, or push too hard, you can really pay for it later in the day. So I make sure I stick to my nutrition plan as there’s little room for error.

I was really keen to put together the perfect race. I got onto the bike and took on my nutrition – or my calories – that I’d planned to take on. But I lost one of my nutrition bottles so had to figure out how to replace that with on-course nutrition, which isn’t ideal.

I did a decent job of that but on that day it was a little cooler on the bike than it usually is in Kona. There was a bit of a breeze. I drink water to thirst and, because it was a little windy, that was drying the sweat from my body. Having sweat dripping from your body all the time is a constant reminder to keep drinking. 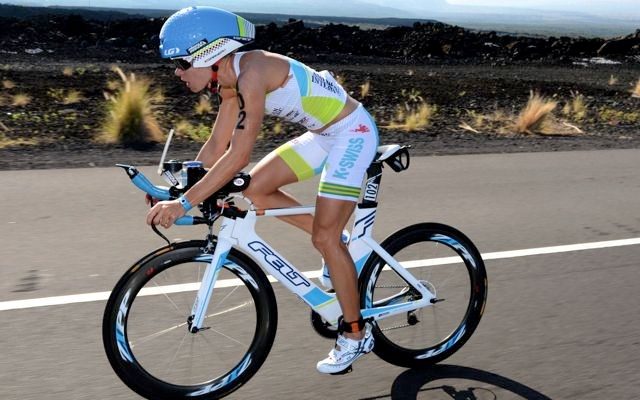 I think I was so focused on working hard on the bike and riding well, that I dropped the ball about how much water I took on. I lost about 10lbs. I thought it was because I’d lost one of my two water bottles on the bike and I’d be low on calories so I took on more nutrition to compensate.

But that made it worse because you need water to break down the carbohydrates and help them pass across your stomach wall. Ultimately, you need a good hydration plan that you practise and stick to.

For lots more long-distance advice, head to our Training section

How to predict your Ironman time

The coping mechanisms of ultra triathletes