A glance at the results from the major UK Olympic-distance races like Windsor and Dambuster reveals plenty of home truths for athletes wanting to mix it up at the sharp end of age-group competition.

The good news is that while the top age-group times seem to have stagnated [220 will be investigating why in a future issue], the bad news is that if you want to break into the overall top 10% you’ll still need to be clocking under 2:10hrs for men and under 2:30hrs for women.

So, if you’re knocking on the door of these times but struggling to break into the top 10% club, what do you need to do to make the leap? Is it a case of increased mileage? A reappraisal of your pacing? Upping the intensity? Let’s look at the strategies you’ll need to put into action to step up a level in OD racing…

Upping your game in terms of training is one of the major keys to unlocking more performance on race day. Yet when you’re already competing at close to the 2:10/2:30hr level it’s unlikely that simply piling in more mileage is going to help.

To go faster you’re going to need to work on speed with some very specific ‘can’t hide from the clock’ sessions. This means confronting the pace you’ll need to maintain on race day to achieve your target times in each discipline,
and doing interval sessions that push your body just beyond that pace on a regular basis.

For example, if you want to hit 21mins for the 1.5km swim that’s 1:24mins/100m pace, so do some sets where you’re hitting sub-1:20min pace per 100m for shorter reps. Do the equivalent on the bike and run (making sure you’re doing at least one speed-specific brick session every fortnight) to get your body ready for the level of intensity it’ll need to hit on race day.

Within your training plan you also have to look with a critical eye at where there’s the most room for improvement in the three disciplines. Check your overall standings from each discipline of your most recent race. If you’re already cracking out close to the fastest swim and run splits in your age-group then putting more effort into saving a few seconds in these two is unlikely to yield as much return as working on your biking. It’s tempting to spend time reinforcing your strengths in training, but don’t push your weaknesses to the bottom of the priority list as a result. 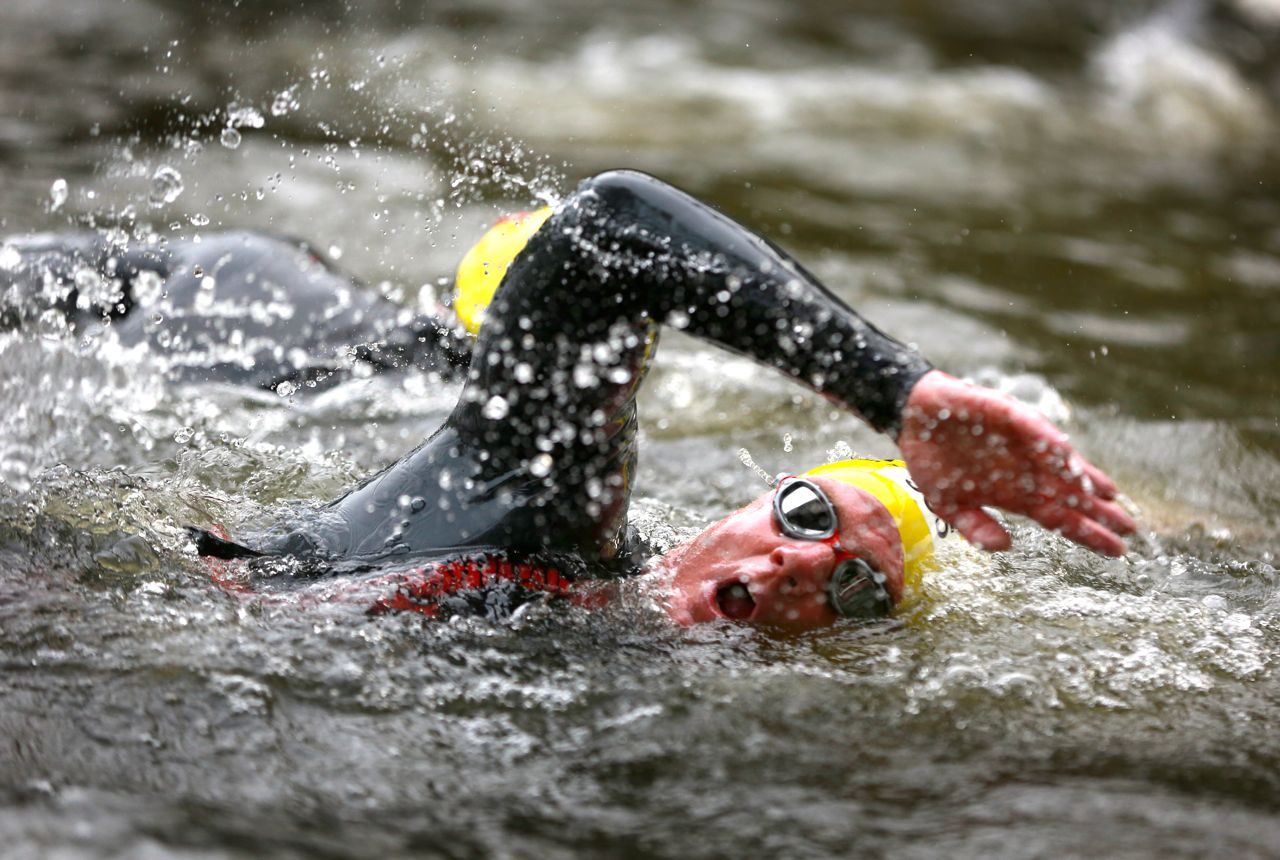 When you’re aiming to hit a specific time for a race (as opposed to racing head-to-head for position), learning to pace yourself efficiently is critical. It’s been shown repeatedly through analysis of world record performances in endurance events that a broadly even pacing strategy is the most effective way to achieve your best time for a given distance. It’s far superior to going off fast and trying to hang on, starting slow and finishing fast, or surging and recovering throughout the race (all of which can sometimes seem tactically sound when racing for position).

In the real world, achieving an even pace, especially in a triathlon, is far from simple. This is partly because it’s so easy when you’re fired up on the start line, aiming for a PB with all of your primeval reactions kicking in, to go too hard in the early stages. This often ends in a situation where you’re then forced to slow down, resulting in a slower time than if you’d gone off more conservatively.

However the issue’s further complicated by the fact that it can actually be beneficial to go off a little harder in the swim to gain a good position around an early turn buoy or to get onto a faster swimmer’s feet. Then on the bike leg there are a lot of variables like hills, wind and other competitors to disrupt your ability to hold an even level of effort throughout.

Putting these nuances aside, the message is that virtually no world records for endurance events are set with anything other than a basically even pacing strategy. So aim to mete your efforts out sensibly over the course of the race. Leave your ego at the door, race your own race and resist getting sucked into personal battles that will stop you hitting your optimal time. 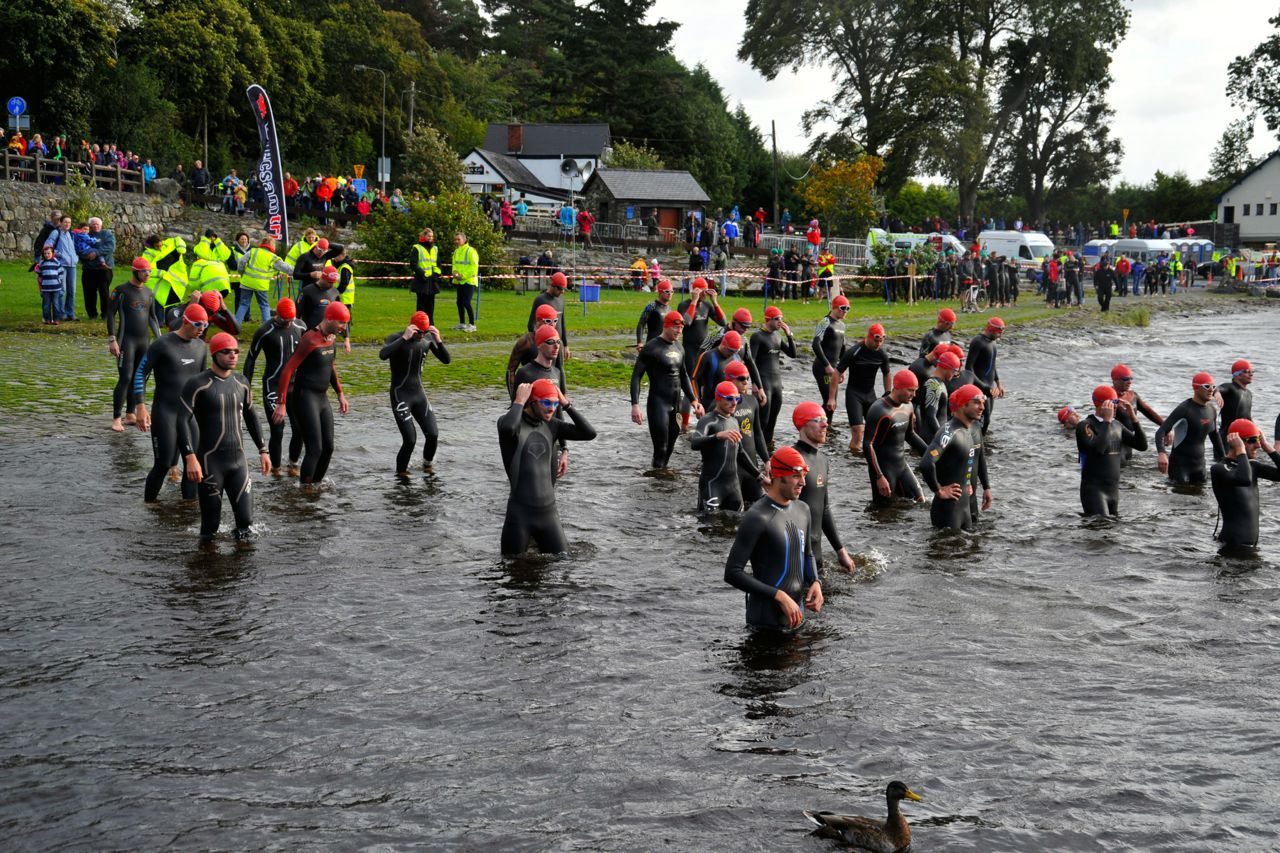 The aim should be to get around in your target time while expending the least possible effort. Take advantage of the fact that you can legally draft in the water. Be prepared to go out a little bit harder than you can hold for the full distance in order to get on a good set of feet, but be disciplined enough to throttle back and settle into a sustainable rhythm after the first few hundred metres.

Aim to settle into your target pace (or wattage if you’re using a power meter) early on and avoid the temptation to get sucked into too much racing against those around you or hammering the hills. Ease back in the final 1km to get your legs ready for the run.

Though not really a ‘tactic’, making sure your tyres are properly inflated, drivetrain clean and lubricated and your aero position optimised are all essential. Your hardware has the biggest impact on the bike and marginal gains are
the easiest to score.

Settle into a sustainable rhythm over the first kilometre, avoiding the temptation to go too hard out of T2. Keep your pace even until the final 2km, when you can start to open up to see what’s left.

Are you struggling to break into the top tier of Olympic distance races? What other tactics have you tried? Let us know in the comments below!