Season finished? Think again. Here are 11 top triathlons and duathlons for you to end the season in style

If you’ve spent the season hunting PBs, sidelined with injury or building up to a first tri, sometimes the UK tri season just feels too short. Hitting peak form and fitness for that open-water window from late May to September can be a big ask for every level of athlete, especially for Ironman athletes targeting a single date or two on the 2017 calendar.

Happily, if you bonked at Bolton, tanked at Tenby or have just bought your first tri-suit, there are still a wide number of tri experiences to take part in before the 2018 season begins.

The races selected here range from £30 pool-swim events to tri holidays, with some classic duathlons and Kona qualification in the mix. Some take place very soon but – if you’re already in shape – spontaneous races can be the most rewarding experience. Others, meanwhile, provide the ultimate triathlon excursion, allowing you to explore a far-flung destination via the means of swim, bike and run. And all under a bright sun. And if you head to our website, we have top tips for tackling the races here. So, what are you waiting for? 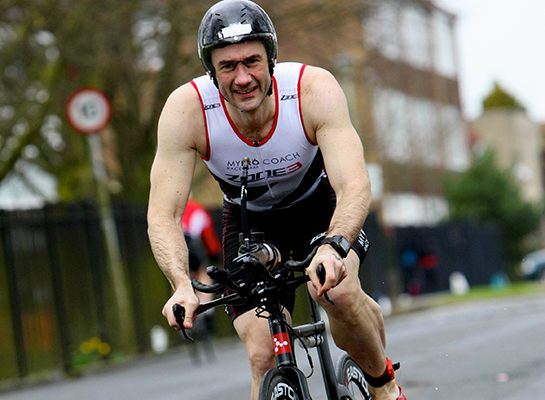 Why race? The Brackley Tri has loads of race distances for children and beginners to triathlon, with the 200m pool swim, 15km bike and 3km Adult Novice race the pick for multisport newcomers. What’s more, the event is used to raise money for Meningitis Now. www.onyourmarksevents.org

1. Recce the course (right of way at junctions, hazards, road surface/pot holes, uphills and downs) to help with confidence, knowing what to expect and to aid your pacing

2. Get used to swimming with 3 -5 other swimmers in your lane.  Perhaps attend a busier session at the pool to experience this.  The lanes are wide enough but choppy water and splashing may be unsettling if you are not ready for it.

3. The bike course is rolling, so pace the hills and control your effort so you can push on over the top and pick up speed quickly the other side. On the return to Brackley, the Steane Straight presents long downhill average speed-boosting section. Matt Cowing, 2016 winner 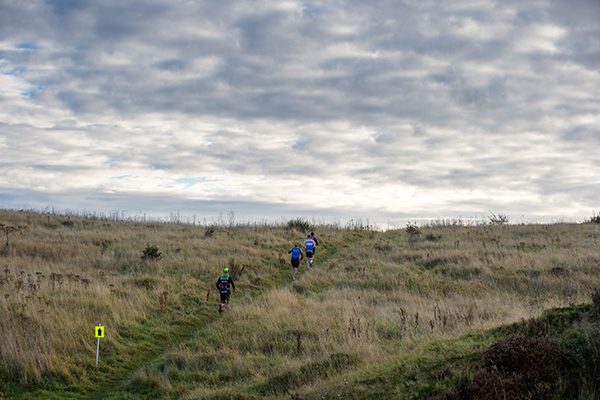 Following on from its inaugural 2016 event, Storm the Fort will be hosted on 12 October in the Shropshire Hills near Clun, an Area of Outstanding Natural Beauty near the England/Wales border.

The duathlon is the longest and most brutal of the Storm duathlons, and boasts an opening 20km multi-terrain run before a rolling 91.5km bike and a concluding hilly 11km run. stormthefortduathlon.com 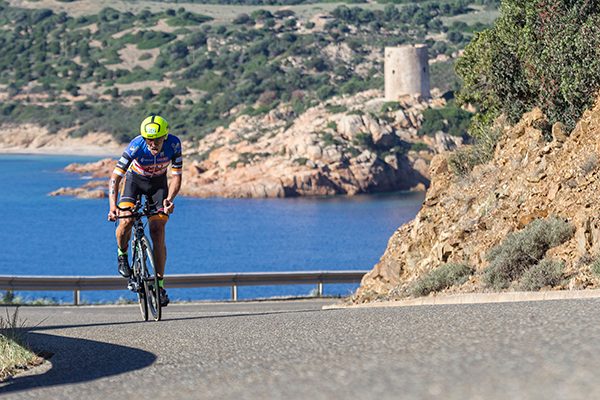 As European race-cations go, Challenge Sardinia is hard to beat. The 113km event takes place in the half-term holidays at the luxury, inclusive Forte Village Resort in the Mediterranean, with average highs in the low 20s.

It’s also one of the very last European middle-distances of the season (Ocean Lava Azores being the other on 5 November), so offers a final chance to complete your first middle or post a PB and head into 2018 with a racing bang. There are also Try-a-tri and sprint races, as well as countless junior challenges starting at six year olds and up, and a scootathlon.

The race kicks-off with a 1.9km swim in the waters of the award-winning Forte Village Resort before the 90km bike takes in the coastal roads, rugged forests and turquoise seas of the Italian island. The run leg hugs the coast before finishing in the middle of Forte Village, where a famous post-race barbecue is awaiting. Which, frankly, is enough for us. www.challenge-family.com 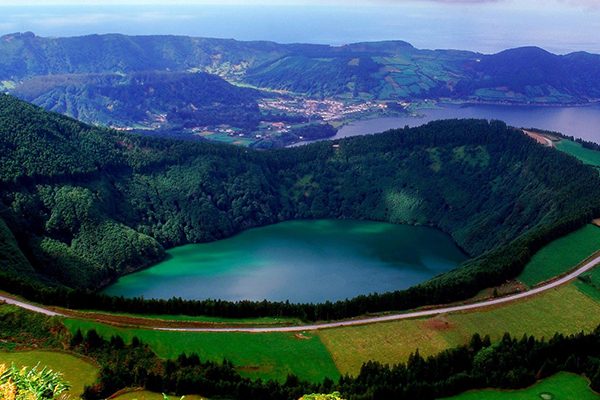 Why race? We were going to wax lyrical about this new Ocean Lava event in the Azores Islands (which was previously known as the Triatlo Longo de Ponta Delgada), positioned some 800 miles off Portugal’s Atlantic Coast, but frankly the video below does the job on its own.

The race will feature a 1.9km swim in the clear water of Ponta Delgada’s sheltered harbour, before a one-loop 84km bike through the rolling hills of São Miguel Island. The run course of 21.1km then involves four laps through the harbour of Ponta Delgada city and out into the villages along the seafront. Flights are surprisingly cheap from the UK, with a connection via Lisbon. www.oceanlavaazores.com 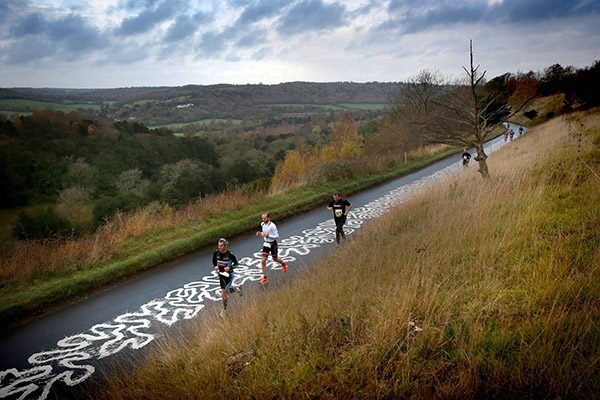 Why race? Since John Lunt and his Human Race team created it nearly 30 years, the Ballbuster has occupied a major spot on the UK duathlon scene with a deviously simple concept: run, bike and run up Box Hill a total of five times and see who’s the winner. So if you have fitness left, this iconic toughie should be nailed to your list.

Where once there was a spring edition, now it’s down to the winter event to force duathletes to do battle with Box Hill, often in rain, wind, sun or snow… sometimes all in one race. The fun begins with a 12.8km single run loop of Box Hill before the 38km bike boasts three laps and a concluding 12.8km run loop.

Having scraped through this classic, our key advice is don’t underestimate the challenge. The novelty of the 2km ascent on the zig-zag roads soon wears off, and it becomes a war of attrition with the hills and elements. But the post-race satisfaction, coupled with the cakes at the café, make it one not to miss. www.humanrace.co.uk 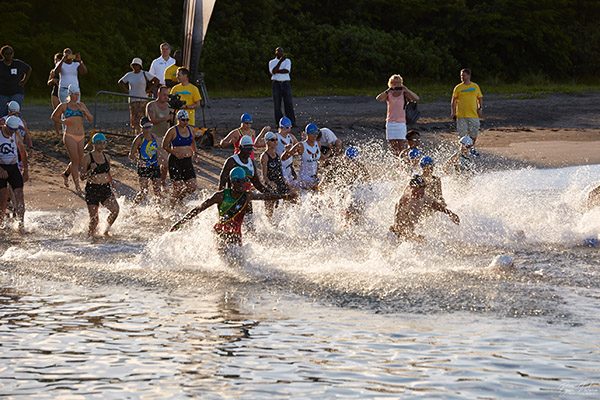 Why race? You swim in clear Caribbean waters of the, cycle around the entire island before a run that includes road, trail and beach. And the distances will suit almost every type of triathlete. www.booknevis.com

1. Nutrition and hydration is key. The Nevis Triathlon is billed as the most beautiful triathlon in the world, but don’t let that distract you from fuelling properly. It’s hot, so make sure you drink enough and do carry a few gels in case you need them on the run.

2. Swimming in the crystal-blue ocean, it’s rare not to be joined by giant turtles and majestic stingrays, who are guaranteed to leave a lasting first impression on your race. So you’ll want to make sure your googles are clear and remember to stay on course and not follow the marine life!

3. Nevis is magical. But don’t chase the time, chase the experience. Spectacular views surround you so make sure you enjoy the experience. Take it steady up Anaconda Hill (named due to the sting in its tail!) and reward yourself at the finish with a famous Killer Bee cocktail under a palm tree. 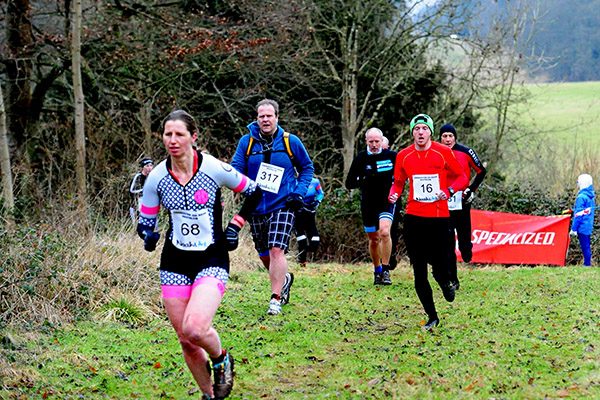 1. Remember it’s a winter series so wear gloves! Your trainers need to be off road and well attached to your feet (losing a trainer in a muddy bog is never part of anyone’s race plan). Have a pair of wellies to wear while you register, get set up and for after.

2. Don’t be deceived by the distances – it’s a tough race and it doesn’t seem like a sprint. In these conditions, too much power (trying to go to fast) will lead to loss of control and lots of frustration.

3. These are really user-friendly events so if you forget something just ask someone; there’s always someone willing to help. 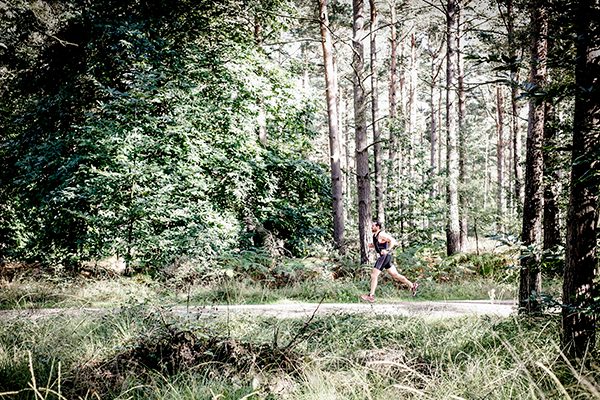 Why race? From the makers of the Slateman, this trail test takes place exclusively in the Coed y Brenin trail centre in Snowdonia. Duathletes can pick from a duo of distances, with plenty of ascending involved during both. www.alwaysaimhighevents.com

1. Train off road. Coed y Brenin has been voted the UK’s number one trail centre for very good reason. Ensure that your training involved mixed terrain and get some hill work in there too!

2. Kit. The ideal equipment will be good trail shoes offering a combination of stability and grip. For the bike leg, we would recommend a cross country mountain bike as the best option.

3. Transition. Prepare for the transition too, as races can be won or lost here. Valuable second saved changing from run to bike and then bike to run can make all the difference, so remember to involute some transition training in your pre race prep. 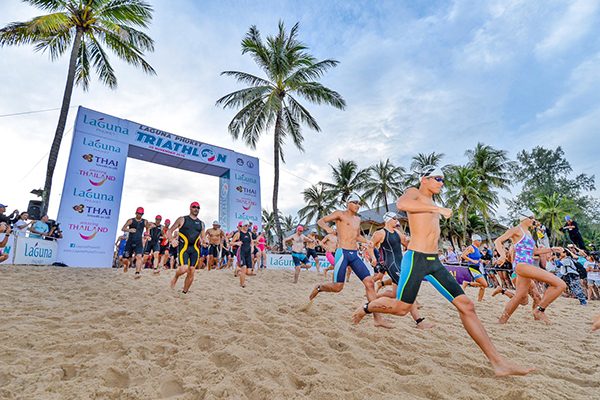 Why race? This middle-distance ‘Race of Legends’ has been a tri-lovers’ paradise for two decades, attracting athletes to the tourist spot for a final multisport fling before the season’s end. www.lagunaphukettri.com

1. The swim involves two different bodies of water: starting in the saline ocean for 1000m, before a heart pumping dash over the sand bank and into the fresh water lagoon. As a non-wetsuit swim, this decrease in water buoyancy requires a considered effort to maintain your form.
2. The bike is punctuated by the infamous ‘Nai Thon Hills’ in the last 10km. These are short and very sharp and many athletes change their rear cassette to an 11-32. A course recce and well-timed gear changes can make the ride a lot more fluid!
3. It’s hot and humid so your hydration strategy is crucial, particularly as the run is mostly exposed and it becomes very steamy running through the golf course! 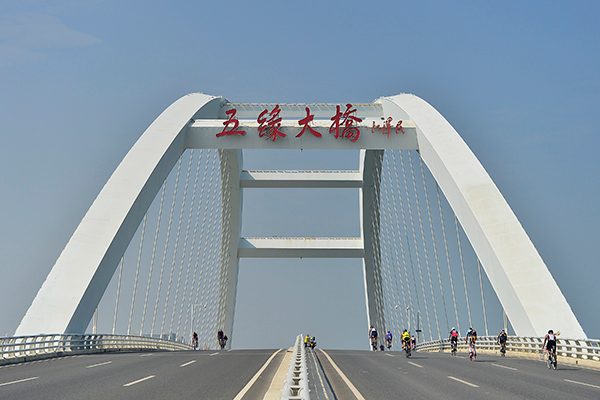 Why race? Back in 2016 and fresh from being bought by theChinese conglomerate, Dalian Wanda, Ironman announced that their Ironman 70.3 races in China would all offer qualifying slots for the full Ironman World Championships showcase, held in Hawaii since 1978.

Although Ironman have offered Kona slots at 70.3 races before, it had never been on this level, with nearly 10% of entrants on the 2017 Ironman World Championship start line having qualified from a 70.3 race in China. Whatever you think about the move, the bid to lure athletes to China has worked and the races offer a unique opportunity to experience China.

Of the 70.3 races in China offering 30 Kona slots  – Chongqing (24 Sept), Hefei (see below), Luizhou (14 April 2018) and Quijing (August 2018) – Ironman 70.3 Xiamen is arguably the pick of the bunch, set in the coastal tourist city that offers a mix of ancient and modern Chinese cultures. www.ironman.com 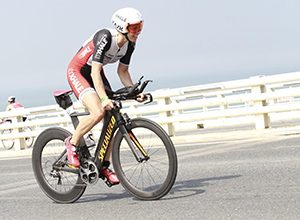 1. It can get really hot in Xiamen in November so be prepared to race in the heat. It’s humid too, so plan for extra salt and fluid intake.  If your stomach is sensitive stay away from the crazy delicacies on offer prior to the race and stick to rice and meats that you recognise!

2. The bike course is really flat and fast. They close a three lane main road (in both directions!) so it’s a really wide road which makes for very fair racing too. You can ride the majority of the route before the race as there is a cycle lane adjacent to the road which is perfect for pre-race tune ups.

3. There is so much to see in Xiamen, and having gone all that way you must leave time to experience it both before and after the race. The old port area is world famous for its teas and oysters, a pretty perfect post-race combination. 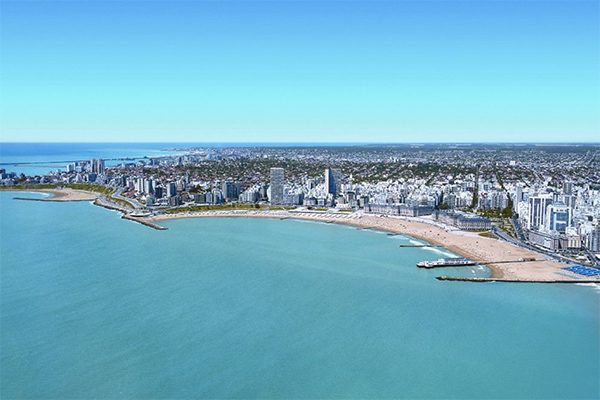 Why race? Ironman arrives into Argentina in December on the Atlantic Coast. The city has been hosting tri for 30 years, so hopes are high this’ll become a southern hemisphere 226km classic. www.ironman.com