Last night I had the privilege of being shown around the 2012 Olympic Triathlon site. Here's a sneak peek… 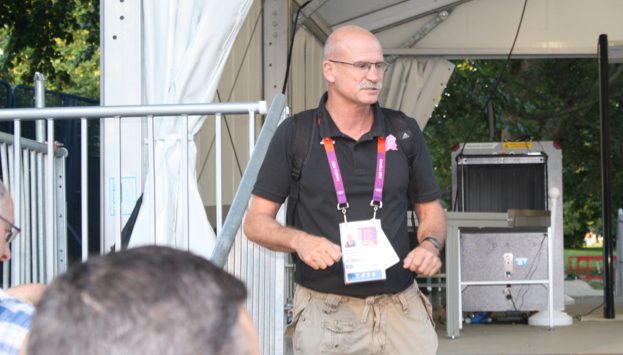 John Lunt, Olympic Triathlon race organiser, introduces us to the race site. John has been involved in organising the event for four years. His CV includes the 2002 Commonwealth Games Triathlon, Windsor and the Eton series. 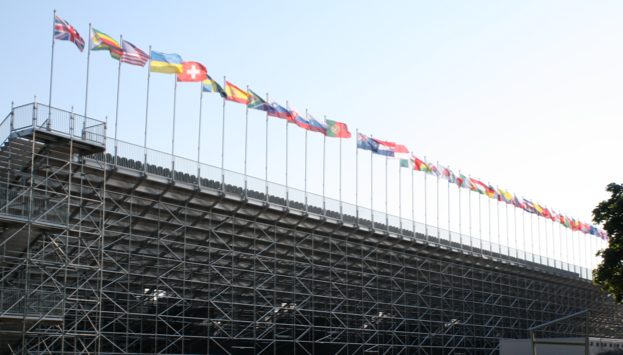 The main stand has a capacity of 3,000. Work to erect the stand began at the end of May. Two months of wind and rain have hampered progress but recent addition of the flags symbolises the project is on track for the women's race on the 4th and men's on the 7th. Flags of the 39 nations competing in the triathlons adorn the stand. 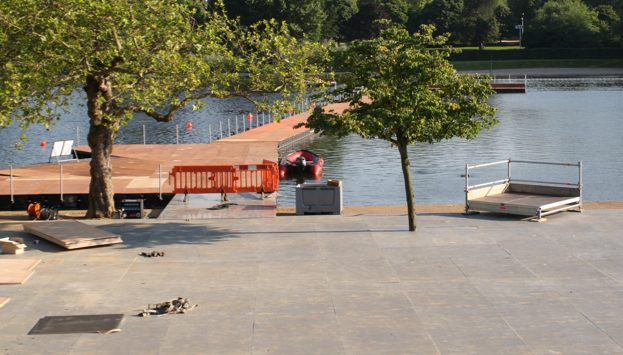 The triathlon pontoon sits behind the only Olympic transition area to ever feature… a tree. The pontoon is 20m longer than last year's World Series race, partly to negotiate the 10km open-water swim pontoon… 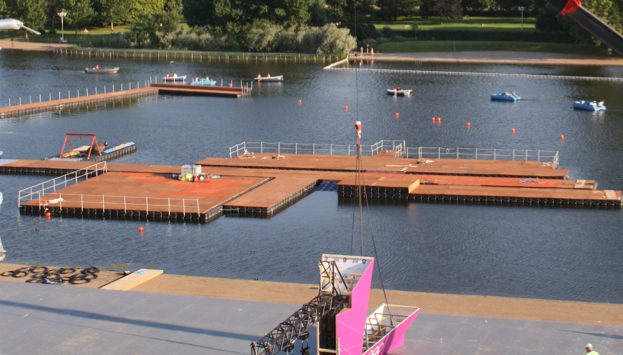 …There wasn't enough time to build the 10km pontoon after the tris. Note: water temperature yesterday was recorded at 24°C. Will it be non-wetsuit for the triathlons? Come the triathlons, a 1,000m cable will stretch over the length of the swim, relaying bird's eye view images of Lucy Hall and Stuart Hayes leading the athletes out. Water quality is good with weed cutting going on all the time. 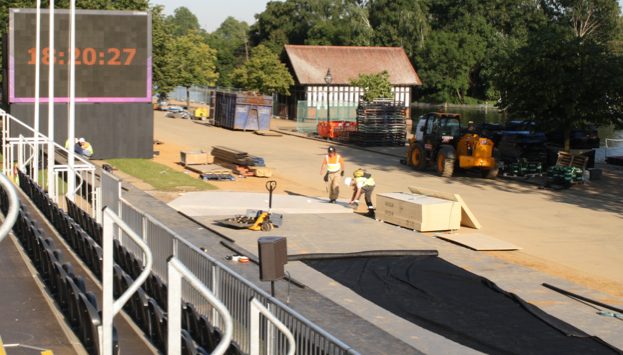 Work continues on the finish straight. A track running parallel to the finish chute will run a camera down the finish to capture side-on images of the athletes heading toward glory. 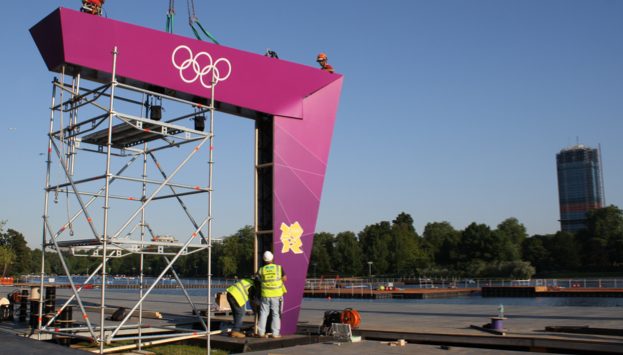 The finish gantry is on its way up. Times are tight post-race with the aim to award the podium athletes medals within 20mins of finishing. The range between the first and last athletes in both events is expected to be around the 10-minute mark, wider than at the World Champs.

We were also shown the athletes' lounge, doping control and much of the backroom operations but regulations mean no pics. What I will say is that the athletes won't be short of Cola in their lounge and cheats certainly won't prosper. Biometric, blood and urine tests will be taking place, with over 6,000 tests taking place across the Games – the most ever.

Its inner-city setting has made this the most logistically challening triathlons of all but from what I've seen, it's set to be the greatest multisport event of all time.