Two are unquestionably the best athletes in the world today; the other, one of the strongest cyclists on the ITU circuit. So come 7 August, will it be one medal or two? And if two, which Brownlee will bring home the gold and which the silver? 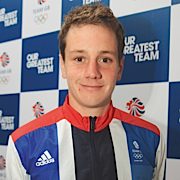 2012 SEASON TO DATE
His race schedule was derailed thanks to an Achilles injury, only returning to race his first event in June at the Blenheim sprint. He won. As he did his first, and most likely his only before the Olympics, WTS race in Kitzbühel. And in case anyone hadn’t picked up on the  glaringly obvious fact that he was back and very much on form, he sprinted down the finishing chute… and had a cushion of almost a minute over his brother.

ALISTAIR’S BIGGEST STRENGTH
His swim, his bike and his run, in all weathers and on all terrain. A unique advantage for Ali is being able to train and race with his main rival, aka his brother.

ALISTAIR’S WEAKNESS
He’s susceptible to injury, not that his latest Achilles problem has weakened his chances of success in London. If Austria is anything to go by, he’s stronger for it. He’s also had a few anomalies: ‘bonking’ at London, 2010 (he finished 10th), a penalty in Kitzbühel the same year (40th) and a fall on the run in Sydney, 2011 (29th).

ALISTAIR’S MAIN RIVALS
His younger bro remains his closest rival, frequently matching him across all three disciplines. Ali’s only been beaten outright twice in recent years – at the 2009 Euro Tri Champs, to Javier Gomez, and at the 2011 World Sprint Champs to Gomez (2nd) and Jonny (1st).

OUR PREDICTION
It’s hard to predict anything other than gold for Alistair. The only thing that could affect his chances? That ‘favourite’ curse. 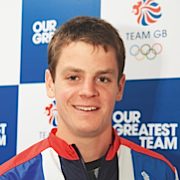 CAREER HIGHLIGHTS
While he hasn’t collected as many titles as Alistair, Jonny’s CV is no less impressive: European junior champ and runner-up at the world junior champs in 2009, world sprint champ in 2010 and 2011 (a title that Alistair doesn’t hold), runner-up at the 2010 Euro U23 champs and the 2010 world U23 champ.

JONNY’S BIGGEST STRENGTH
Like his big bro, it’s the whole package – his swim, his bike and his run, in all weathers and on all terrain; in fact, the hillier the better. Plus, he seems resistant to injury and his consistency is astounding – Kitzbühel was his 12th consecutive ITU podium, a streak that started in July 2010 in London.

JONNY’S WEAKNESS
Nothing physical, but if it were to come down to a sprint finish against his brother – and it could happen – would Jonny fight for the gold or defer to Ali? We firmly believe the latter.

JONNY’S MAIN RIVALS
His brother, Switzerland’s Sven Riederer (Beijing Grand Final, 2011), Russia’s Alexander Bryukhankov (Hyde Park WCS, 2011) and Spain’s Javier Gomez (Sydney WCS, 2011) are the only four men to have beaten Jonny in that 12-race podium-placing streak. Along with his brother he often cites his French Grand Prix teammate Gomez as a threat, but the Spaniard hasn’t beaten him on the ITU circuit in over a year.

OUR PREDICTION
Following his performances in San Diego and Madrid, we would have said gold, no hesitation. The only snag in that summation? His brother’s return from injury and that Austrian romp. Silver for Jonny B. 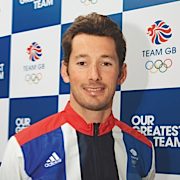 CAREER HIGHLIGHTS
As one of the oldest athletes in the field, Stuart has racked up many a top-10 World Cup finish since his debut in 1996. But his ITU highlight remains the 2010 Kitzbühel WCS race win, where he broke away on the bike leg and carved out a significant enough margin to run home for victory.

2012 SEASON TO DATE
Not the strongest start to a season for Stuart, he DNF’d in Mooloolaba, finished 56th in Sydney, 47th in Madrid and 29th in Kitzbühel.

STUART’S BIGGEST STRENGTH
His bike acumen and bike strength. Known as one of the most tactically astute and hard-working athletes over the 40km, Stuart regularly mixes up his ITU schedule with a few non-drafting races over in the States – an arena that he’s publicly stated he’ll switch his focus to after the Games.

STUART’S WEAKNESS
His run. Like Lucy Hall and Vicky Holland for Helen Jenkins, Stuart’s unofficially in the team to help
the Brownlees secure medals.

STUART’S MAIN RIVALS
If he can make the front pack out of the swim then we have no doubt he’ll be able to stay with the brothers on the bike. If he doesn’t, he’ll control whichever pack he’s in and prevent any breakaways… which may well be the Brits’ game plan from the start.

OUR PREDICTION
Although he’s proven he can podium, the flat Hyde Park bike course and the stellar line-up won’t allow a repeat performance for the Londoner. He finished 46th at last year’s test event and eighth at the 2010 event, while his average finishing position from his 14 World Series races has been 27th. We reckon, following  July’s St Moritz training camp at altitude with the Brownlees, he could make the top 20.