Nearly one thousand triathletes flock to Anglesey for fifth edition

Since its inception five years ago on the sands of Llanddwyn beach, Anglesey’s Sandman Triathlon has grown steadily in size and stature, thanks to its stunning setting in the far north of Wales.

This year’s edition included a sprint race on Saturday (12 September) for around 350 triathletes, plus a junior race of 100 participants the same day. Then on the Sunday came the full Sandman Triathlon for more than 500 athletes. Plus the loons doing the new Sandman Savage, tackling both the sprint and full distance races over the same weekend.

The sprint in Llanddwyn consisted a 400m open-sea swim, a 30km bike leg through iconic Anglesey villages and a scenic, but challenging, 5km trail run through Newborough forest and up the unforgiving sand dunes.

In the women’s race, Helen Talbot grabbed the win in a time of 1:21:41, with Jasmine Bowyer and Alex Aldous finishing second and third respectively. 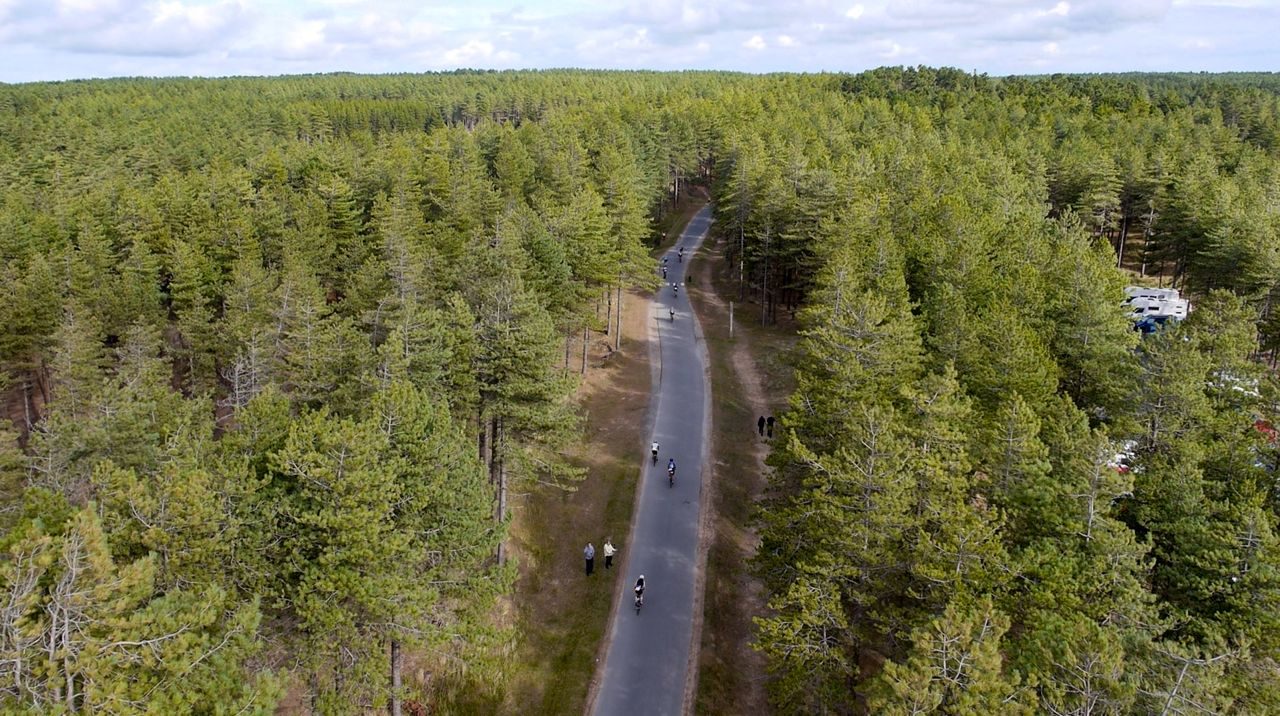 After 1000m of swimming, 60km on the bike and closing with a beautiful 10km trail run, it was Ewan Brown who – for the second year running – emerged victorious in Sunday’s men’s race with an incredible time of 2:24:40. Brown beat Alex Foster who finished in second place and Paul Hawkins, who finished third.

Brown wasn’t in the strongest of positions leaving the water, easing into the top-10 coming out of transition, but managed to grab the lead during the bike leg. By the beginning of the run, Brown was 1:24mins ahead of Foster, and managed to double that gap by the time he crossed the line.

It was a different story in the women’s race, as reigning Always Aim High Tri Series and Sandman Triathlon champion Suzie Richards competed in the team relay race due to an injury. This opened the door for Natalie Seymour, who was in second place in the AAH Tri Series leaderboard going into the race. 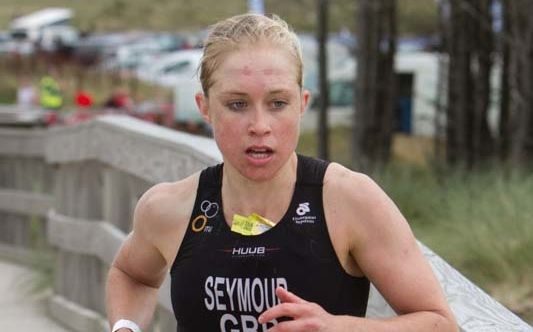 Natalie Seymour on the run

Exiting T1 in second place after a strong swim time, Seymour looked to stamp her authority on the race. After an incredible bike leg and an unbelievable trail run, Seymour was subsequently crowned 2015 Sandman Triathlon champion, beating Helen Talbot into second place and Dorothy Liviabella into third.

The fifth instalment of the famous Sandman Triathlon saw the introduction of the Sandman Savage. The Savage saw competitors compete over two days in the Sprint and the Full distance races.

“What a brilliant weekend we’ve had!” said event director Nigel Kendrick. “I want to reserve special congratulations to Ewan and Natalie who were crowned Sandman Tri champions.

“Ewan and Natalie are now in the driving seat to be crowned the Always Aim Tri-series, which will see the champion fly to the beautiful Carribean Island of Nevis and compete in the Nevis Triathlon. With only the Snowman Triathlon left it’s going to take something special for someone to catch them.”

The Sandman is the second triathlon in the Always Aim High Tri-Series, which also includes the excellent Slateman (May) and Snowman Tri (September 26th and 27th).

Were you racing the Sandman Triathlon? Let us know in the comments below!